The river bank surrounding the home of Hinsdale, Mont. resident Ernie Marinko continues to crumble as the water levels of the Milk River fluctuate. 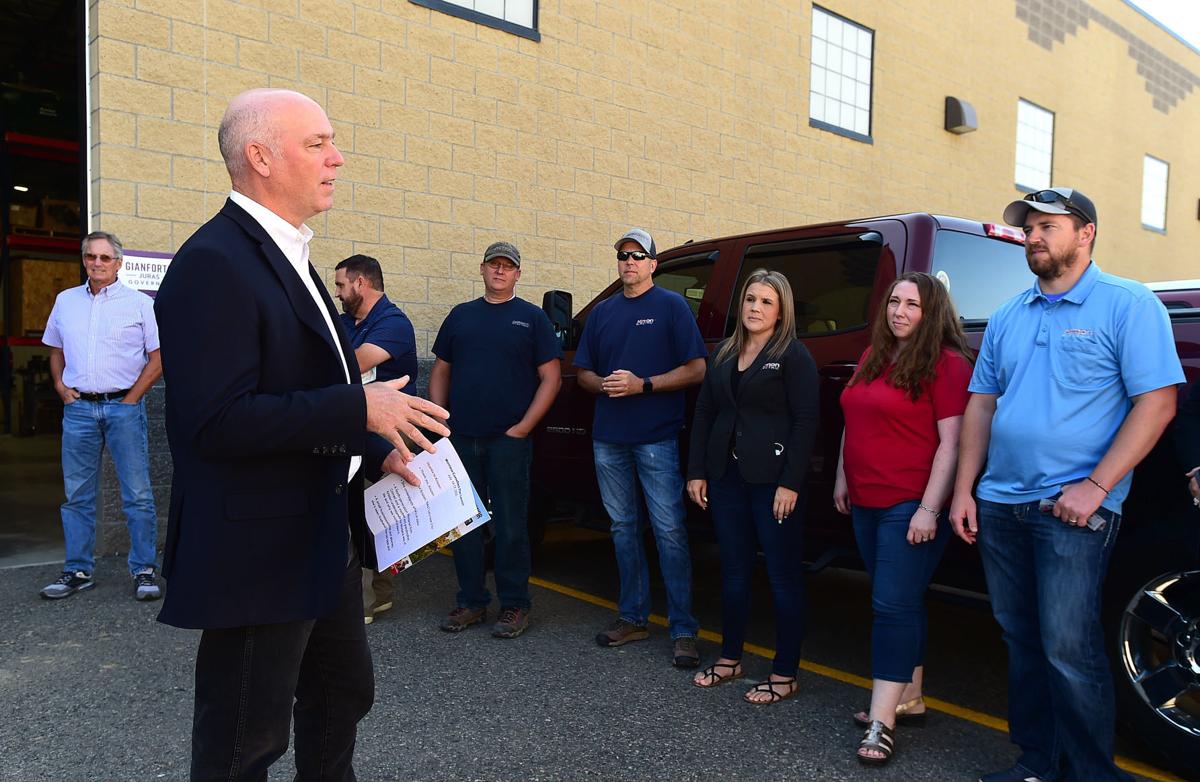 Governor candidate Greg Gianforte and his running mate Kristen Juras introduce their "Montana Comeback Plan" during a stop at Action Electric in Billings on Thursday.

Money for the severely damaged St. Mary Canal will received a key vote Friday in the U.S. House.

Portions of the canal, on which Hi-Line residents depend for irrigation and drinking water, collapsed in May, prompting a scramble to get water flowing again.

The House is expected to pass the Energy and Water Development Related Appropriations Act on Friday. Gianforte’s request for canal repair funding is two years older than the recent collapse. The Montana canal has been in disrepair for decades, leaking water along its nearly 30-mile path as it diverts water from the St. Mary River on the Blackfeet Reservation to the Milk River. The canal was built in 1915 by the U.S. Bureau of Reclamation, during a period when the federal government was building infrastructure to water to support Western agriculture and settlements.

Once the water reaches the Milk, it travels for roughly 400 miles. Along the way more than 800 farmers and several small communities utilize it.

“The repairs of the St. Mary canal are critical for the communities and irrigators along the Hi-Line, and this funding is key to rebuilding and improving the canal,” Gianforte said. “There’s more to do to address Montana’s most critical infrastructure project. I’ll continue working to get the project the support it needs and shift the cost burden off the shoulders of local water users and to the federal government.”

A comprehensive repair of the canal would cost hundreds of millions of dollars. The House vote would provide funding for immediate repairs worth a few million.

The state is working with local health officials to examine hot spots for the novel coronavirus in Montana and evaluate whether additional measures are necessary to slow the spread of the disease in those communities.

The Trump administration is railing against a Montana senator for calling the federal government’s coronavirus response an “American failure."

Evan McCullers, who joined the Bullock campaign in June as deputy press secretary, sent a series of offensive tweets between 2012 and 2014, when he was in high school and college.

Two teen parents are facing homicide charges in the death of their infant.

There were also three more deaths from the virus, for a total of 54 Montanans who have died from COVID-19.

The construction site of a $400 million luxury resort in Big Sky has led to at least 116 COVID-19 cases in July, public health officials confirmed to Montana Free Press.

On a 1-acre wooded lot in the heart of Lincoln, Steve Hartman stares up at the old growth ponderosa trees with a smile.

The state reported adding 60 cases of the novel coronavirus on Monday, with 1,516 active.

The river bank surrounding the home of Hinsdale, Mont. resident Ernie Marinko continues to crumble as the water levels of the Milk River fluctuate.

Governor candidate Greg Gianforte and his running mate Kristen Juras introduce their "Montana Comeback Plan" during a stop at Action Electric in Billings on Thursday.