Union after union on Friday opposed a piece of legislation that would require organized public employees to annually certify their union membership and give the employer the yearly chance to present employees with their rights to leave the union.

Members are already able to opt out of unions, and non-members don't have to pay dues to the union, even if the union represents those employees in collective bargaining with employers. That came out of the 2018 decision by the U.S. Supreme Court ruling that requiring non-members to pay dues violates their First Amendment rights.

House Bill 168, sponsored by Rep. Bill Mercer, R-Billings, would also require unions, in order to collect membership dues, to obtain consent from a member that was given "freely and affirmatively," by way of a consent form from the employer that lays out all the constitutional rights someone has to disassociate from a union. The bill would require employees to review that form annually. It would also terminate exclusive bargaining, which would mean if passed unions only negotiate for members, rather than the entire workforce.

Mercer told the House Business and Labor Committee on Friday the proposal puts the duty of ensuring employers know all their rights on the employer rather than the union. Three attorneys general around the country have issued opinions supporting legislation like this, he said. The language on the consent form would be the same as proposed by the Texas legislature, he added.

"This bill essentially says we have a new standard because of (the Supreme Court case) and we need to ensure these workers understand what their rights are and we need to make sure we’re not outsourcing that to a third party," Mercer said.

Amanda Curtis, a former Democratic lawmaker, is the president of the Montana Federation of Public Employees, representing the greatest number of workers who would be affected by the proposal. Curtis said the question of the consent form has already been settled in a Yellowstone County District Court case, in which the judge ruled such a consent form was not necessary for the state to come into compliance with the Supreme Court ruling.

Some opponents to the bill said eliminating exclusive bargaining for unions would create "chaos." While Curtis called that particular word hyperbolic, she said the proposed arrangement in Mercer's bill, in which non-union members could negotiate individually with the employer, could rattle the stability in bargaining power.

Several said they would support a bill that simply codified the changes that emerged from the 2018 Supreme Court ruling. Adam Haight, political director for the Montana AFL-CIO, said a bill to do exactly that would be introduced soon — but held that what Mercer's bill contained went too far.

The one proponent to the bill was the Montana chapter of Americans For Prosperity. Henry Kriegel, a lobbyist for the group, said to further improve the bill, the committee could approve an amendment allowing individuals to negotiate separate contracts with their employer, as well.

Although the bill would only affect unions in the public sector, laborers, nurses, electricians, carpenters and operators all stood in opposition of the legislation Friday.

"You can expect that each time something comes up, directed at the public sector or private sector, the Montana labor unit will be unified," Al Ekblad, executive secretary for the AFL-CIO, said. "We were expecting to see this and we’ve been preparing to have conversations and provide testimony as you saw today and I'm thankful that there were not a whole lot of employers from the state of Montana who said we need this."

Ekblad also said the bill represented the first shot across the bow at organized labor. He expects more shots to come as the session gets into mid-season form, from a Senate bill that proposes essentially the same changes as HB 168 to another legislative draft that proposes "all-out right-to-work," he said.

"Quite honestly, at a public employer level which this bill is addressing, there’s been a tremendous amount of labor harmony," Ekblad said. "My perspective, we’re going to continue to see these bills come up, we’re going to continue to see good questioning, and I believe there are a majority of the Legislature that did not come here with the intent to create chaos and havoc."

Mercer, after hearing testimony and questions from the committee, maintained the bill's only purpose would be to require the employer to remind employees of their rights to work outside of the union; that the six sentences to be added to the consent form would not be a hurdle for employees to unionize.

"I don't think it will create chaos," he said. "I think it's good policy."

Before passage, the bill was amended to include prohibiting medical professionals from referring patients seeking gender-affirming care.

Bill looks to bring FWP conservation easements back to Land Board

Opponents of the bill testified that it adds an unnecessary level of red tape and creates uncertainty at the end of lengthy and complicated transactions that include thorough vetting processes.

Gov. Gianforte orders Guard back after they slept outdoors

Gov. Gianforte said he requested that National Guard members deployed to Washington, D.C. return to Montana after finding out that troops were sleeping outdoors.

Republican Christi Jacobson, elected to the Montana Secretary of State's Office in November, said Friday she considered HB 176 to be "very important legislation." 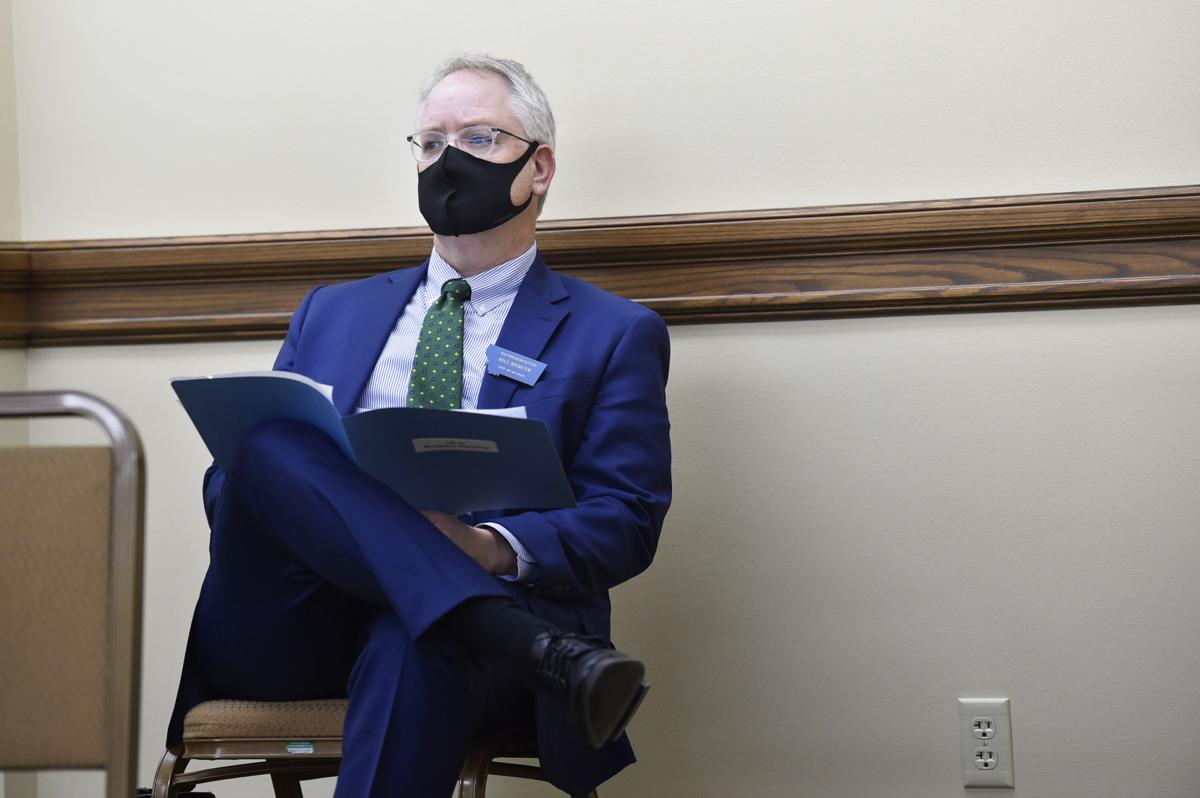