A bill proposed in the Montana Legislature would expand the number of appointed positions within state agencies, allowing officials a wider grip on state government in order to "turn the ship" to align with the new administration.

House Bill 588, sponsored by House Speaker Pro Tempore Casey Knudsen, R-Malta, would allow agency directors appointed by the governor to appoint more personal staff than they're already allocated. Agencies  headed up by elected officials such as the Department of Justice, Secretary of State's Office, State Auditor's Office, Office of Public Instruction and the Governor's Office can already appoint up to 15 people. Aside from OPI, where an incumbent Republican won, each of those agencies saw a new Republican boss elected in November.

"The biggest reason I wanted to bring this bill, just to make it easier for these agencies to enact the will of the voters that sent them there," Knudsen said in hearing.

The limit on appointed staff that already exist in those agencies is 10, with an additional five if the agency petitions the state Department of Administration. Knudsen's HB 588 would extend that appointment power to all agencies in the executive branch, such as the Department of Public Health and Human Services, the Department of Transportation and Department of Corrections, and allow each agencies that have more than 100 employees to appoint 10% of its staff. A review from the Governor's Office of Budget and Planning shows those three agencies employ 6,141 staff. Combined, the 12 agencies that would be granted this new appointment power employ 10,123 staff. The five agencies headed up by elected officials brings the total near 12,000.

Republicans, who effectively thumped Democrats at the polls last November, have sought to extend their reach on government on several fronts this session, from expanding the governor's appointment power over judicial vacancies to proposing judicial elections feature candidates with political affiliations.

This proposal would only allow directors to fill the positions with appointments after the current staffers vacate the job. It does not add new employees to the agencies, Knudsen said.

Knudsen told the Montana State News Bureau on Thursday he believes the 10% threshold is too high when it would mean appointing a hundred or more staff, but said he had to set the bill on course in February to meet procedural deadlines in early March. He's already filed for an amendment that would limit the appointed staff in agencies with over 100 employees to 50, and said Thursday he is considering pursuing an amendment to drop that limit even further.

The Montana Department of Justice has been the only agency to support the bill in the legislative hearing process.

"House Bill 588 will bring more accountability to government and solve the problem of outgoing administrations burying their political staff into permanent bureaucratic positions," DOJ spokesperson Kyler Nerison said in an email on Thursday. "Any Montanan working in the private sector knows they can be held accountable and replaced if they are not getting the job done. State employees — especially those in high-paid positions — should also face a basic level of scrutiny."

Labor groups, including the Montana Federation of Public Employees, lined up March 29 in the Senate State Administration Committee to oppose the proposal.

Larry Nielsen, representing the MFPE, told the committee the proposal would route competitive hiring practices, which take experience and skills into account. Adding to political appointees' personal staff would only "bloat" government services, he said.

"It is not beyond reason that the executive and or directors could utilize these appointed positions as a reward for political supporters," Nielsen said in the hearing.

Leo Berry, appointed to lead the Department of Natural Resources and Conservation in the 1980s, said he needed his own deputy, someone to help hire personnel and review engineering contracts. He suggested limiting the appointments to deputy positions.

"You don't need that many exempt positions in an agency," Berry told the Senate committee while testifying against HB 588.

HB 588 is yet to receive a vote from the Senate State Administration Committee.

"We need to get these agencies the ability to, as one of the opponents said, turn the ship, by having some of their people in place to assist them," Knudsen told the Senate State Administration Committee on March 29.

The Senate voted 28-22 Wednesday to reconsider its actions in killing the Senate Bill 398 the day prior.

Montana applied for a waiver in February, asking to not have to administer the statewide reading/language arts, mathematics and science assessments this spring.

A bill prohibiting publicly accessible businesses and government agencies from denying access or goods to people on the basis of their vaccination status won a preliminary vote in the House on Tuesday.

The GOP-led legislative branch will seek to join a Supreme Court case against Gov. Greg Gianforte challenging the constitutionality of a bill it passed in March. 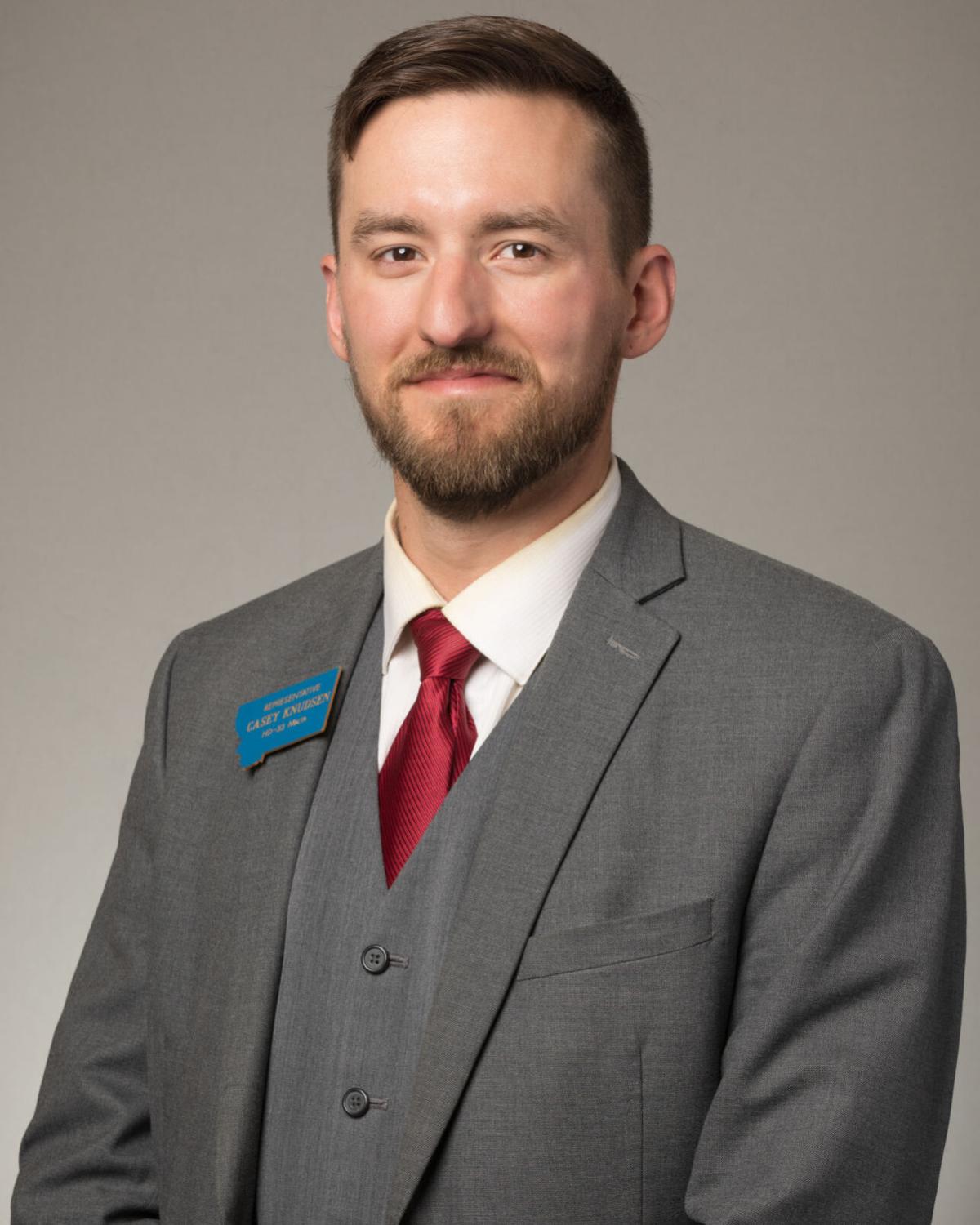