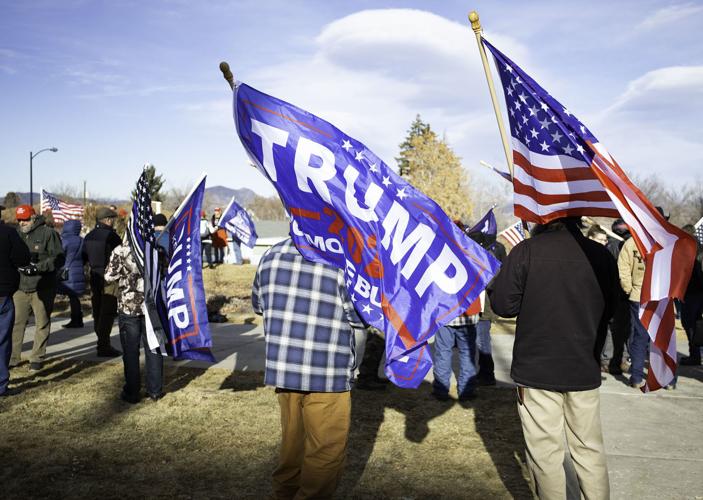 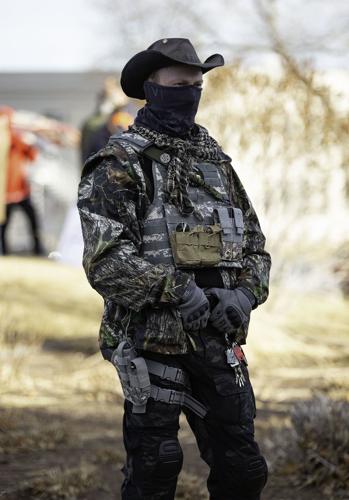 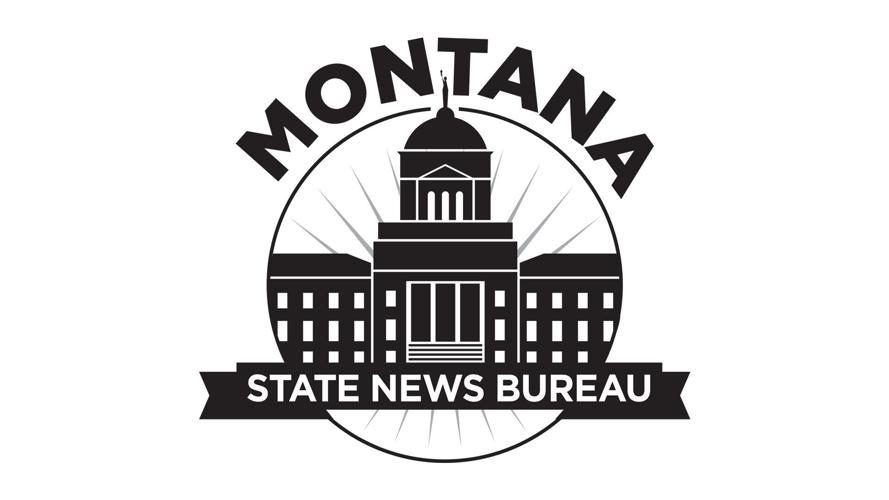 As a mob in Washington, D.C., forced their way into the U.S. Capitol, roughly 100 people bunched onto the state Capitol lawn in Helena on Wednesday with Trump flags, some with their children and a few with sidearms.

One man at the "Stop the Steal" protest marched the grounds with a garden fork. But as reports of gunshots came from the Capitol in Washington, D.C., Helena’s demonstration was far less menacing, with people standing near the road to elicit honks from drivers and a man strumming his acoustic guitar over an amplifier.

The people who gathered in D.C. and Helena were touting the false claim that the presidential election was stolen from Republican President Donald Trump, who lost to President-elect Joe Biden.

Trump has baselessly claimed that voter fraud led to his loss. Courts have nearly unanimously rejected Trump's efforts to overturn the election. Montana's Republican governor and GOP legislative leadership issued statements Wednesday strongly condemning the violence but not addressing those false claims, while the top two Democrats in the Legislature said both the violence and Trump's unfounded statements must stop.

On Wednesday, Congress was set to certify the election results but the process was stopped as people broke into the Capitol and lawmakers were evacuated.

In Helena, one pair of women had driven down from Kalispell to sell flags and Trump memorabilia from their Subaru parked nearby. Neither agreed to provide their name to the Montana State News Bureau but said they’ve made a living over the last year selling the Trump merchandise.

“This year’s business is Trump,” one woman said.

She was in Helena on Wednesday because “we couldn’t go to Washington.” As the Capitol in D.C. went under lockdown, the saleswoman said she supported the mob there.

“I think we should have done it a long time ago and then we wouldn’t be here,” she said.

Bruce Troutwine drove from Missoula on Wednesday. Troutwine said he’s aware that the U.S. Supreme Court, the U.S. Department of Justice and Vice President Mike Pence had all turned down Trump’s efforts to overturn the election results, but believes they are all corrupt. He hoped the military would “restore” the election process, meaning a second term for Trump.

“I’m still hopeful that it can be restored,” Troutwine said. “I’m sad now it could take the military to do that.”

Within the Montana state Capitol, Republican Gov. Greg Gianforte, who took office Monday, issued a statement denouncing what was happening in D.C.

"Violence has no place in our civil society, and I categorically condemn what's happening in the U.S. Capitol," Gianforte said in the statement.

Prior to his inauguration, Gianforte was Montana's lone representative in the U.S. House. In that role, he joined more than 100 GOP lawmakers in filing a brief before the U.S. Supreme Court supporting an effort from Texas to stop four swing states Biden won from voting in the Electoral College. That effort failed as the court refused to hear the case.

Republican leadership from the state Legislature issued a statement that said the people who gathered outside the state Capitol should be seen as a model. Neither their statement nor Gianforte's referenced Trump and other Republicans' unproven claims about the election that rioters in D.C. and those in Helena referenced.

"We are blessed in Montana to have a long tradition of respectful and spirited dialogue and peaceful expression of diverse viewpoints through our First Amendment rights," read the statement from state Senate President Mark Blasdel, R-Kalispell, and Speaker of the House Wylie Galt, R-Martinsdale.

"Violence is not an acceptable response to political differences. Already this week, we've had multiple peaceful demonstrations here at the State Capitol in Helena. We encourage Montanans to continue serving as an example for the nation during these times of intense division."

Democratic leadership in the Legislature was direct in their statement denouncing the violence and the false claims of Trump.

"This is a dark day for our country. I am deeply disturbed by the violence that has taken place in our nation’s Capital and my heart aches for our country and everyone impacted," said Senate Minority Leader Jill Cohenour, D-East Helena, in a statement. "Our country deserves leaders that will do more than condemn the violence attempting to prevent the peaceful transfer of power and immediately put an end to the baseless claims and dangerous rhetoric that got us here today."

House Minority Leader Kim Abbott, D-Helena, said her caucus worried for those in D.C. and the future of the country.

“We’re watching the events in D.C. with heavy hearts, and a deep concern for both the safety of all those in our nation’s capital, and our country’s collective faith in the Democratic process," Abbott said in a statement. “This is a critical moment for our country. We will do everything we can to lead by example — and we ask all of our partners in public service to do the same.”

This article has been updated to correctly identify the object held by one of the "Stop the Steal" protesters in Helena on Wednesday as a garden fork.

Protesters swarm state capitols across US; some evacuated

Protesters backing President Donald Trump massed outside statehouses from Georgia to New Mexico on Wednesday. Plus, reaction from around the country to the U.S. Capitol attack.

Rosendale believes allegations of election fraud, will oppose some electors

Republican U.S. Rep. Matt Rosendale said Tuesday he will oppose the electors from some states because he believes allegations of voter fraud are credible, despite those claims being repeatedly disproven.

Gianforte will lift mask mandate 'in weeks, not months'

Gianforte also said he will change the next phase of the vaccine rollout, 1B, to focus on people ages 70 and up, as well as those ages 16-69 who have specific underlying health conditions.

The state revenue department had asked for $1.35 million to get the recreational marijuana program up and running.

With the first Republican governor in 16 years, there would be reason for optimism from supporters that it could be signed into law.

Draft Legislative rules push masks, temp checks, but do not require them

Claims that led to D.C. insurrection echoed in MT

Among the GOP legislators sworn in Monday is one who believes Trump's "battle" isn't done yet. 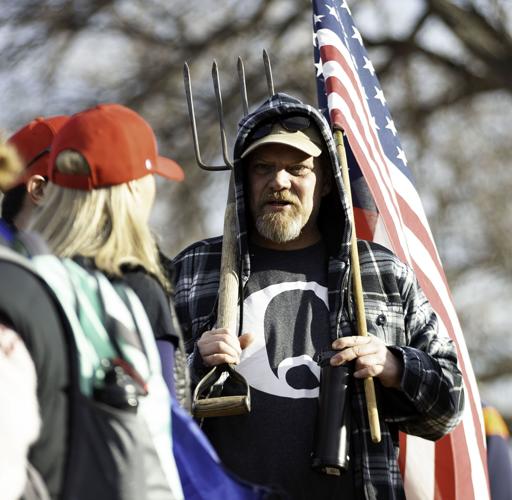 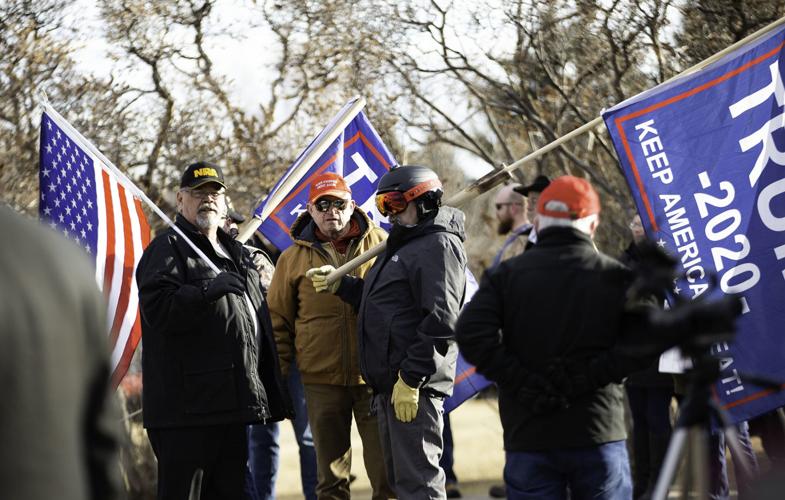 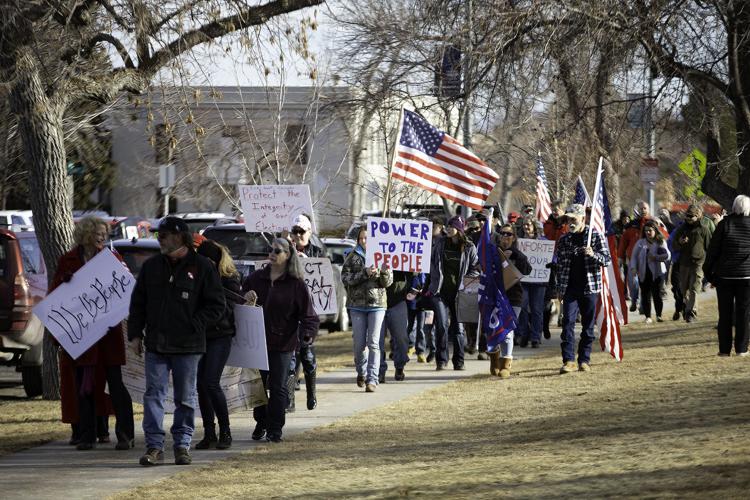 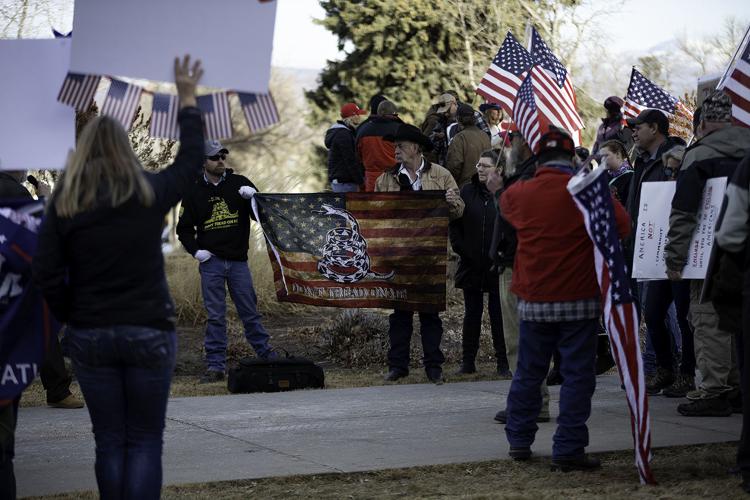