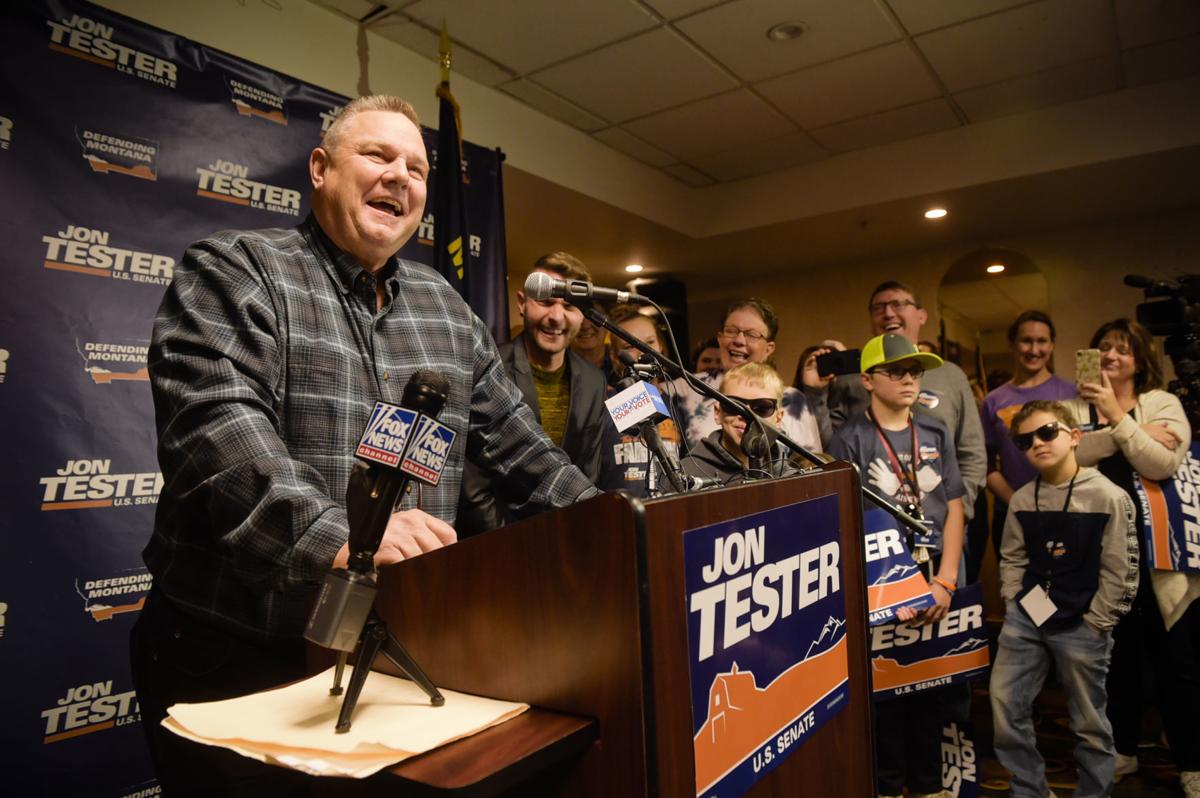 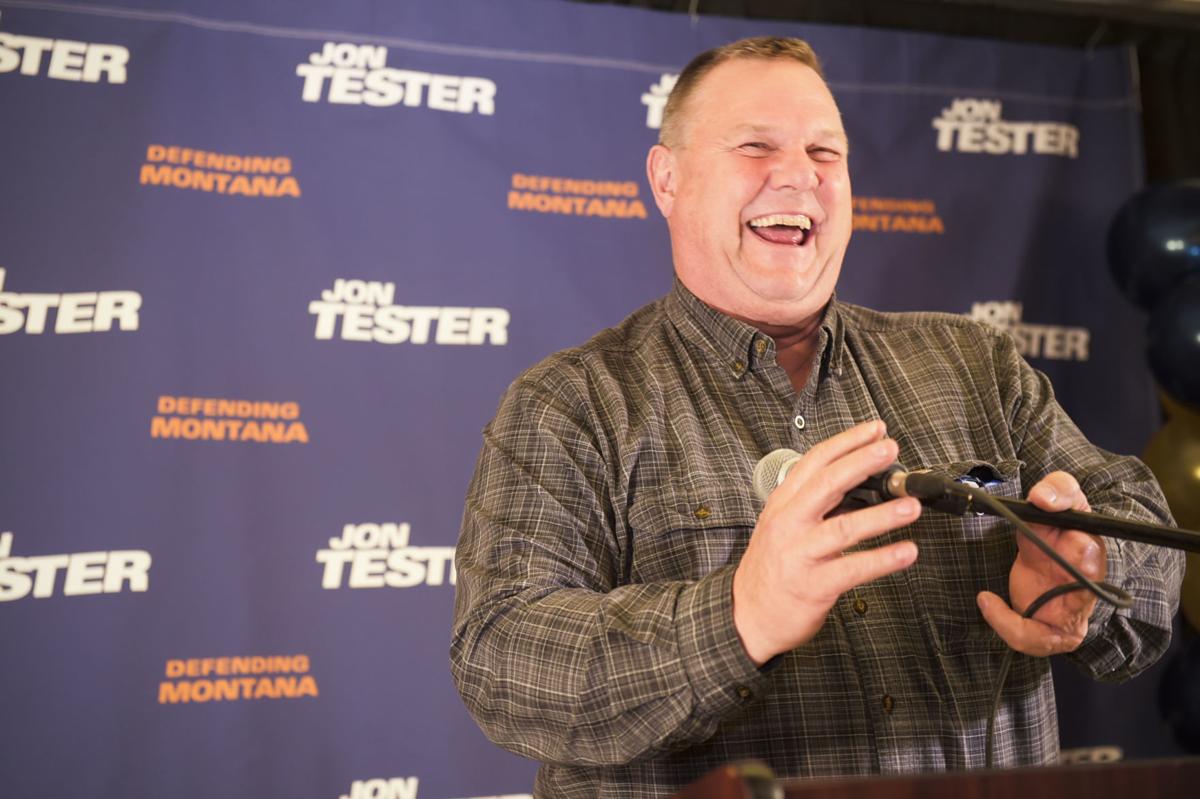 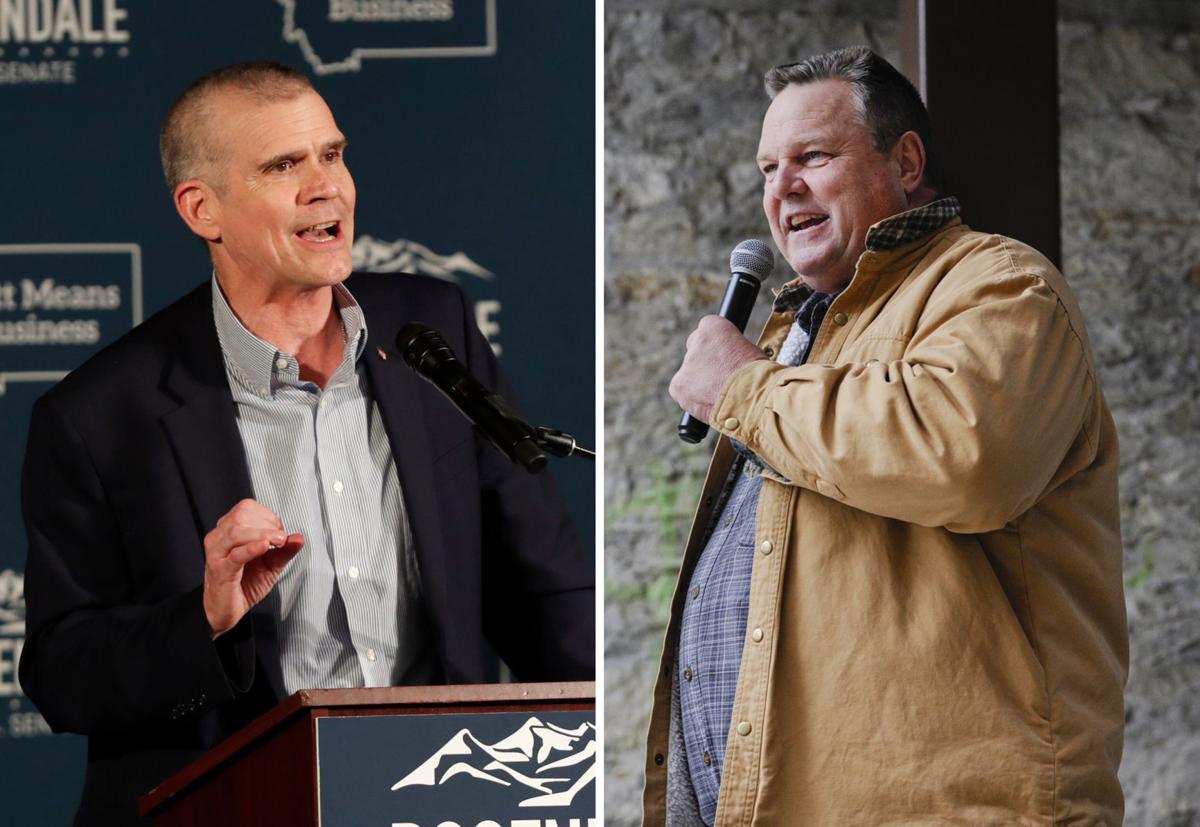 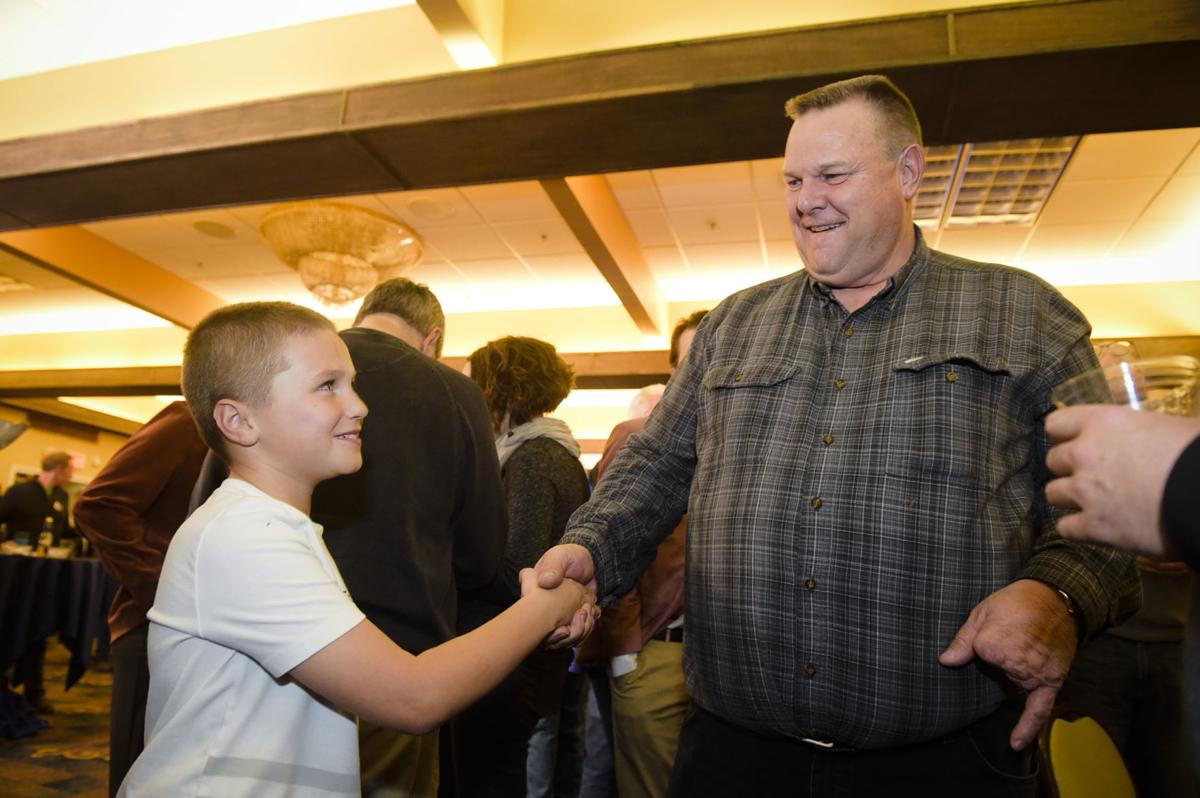 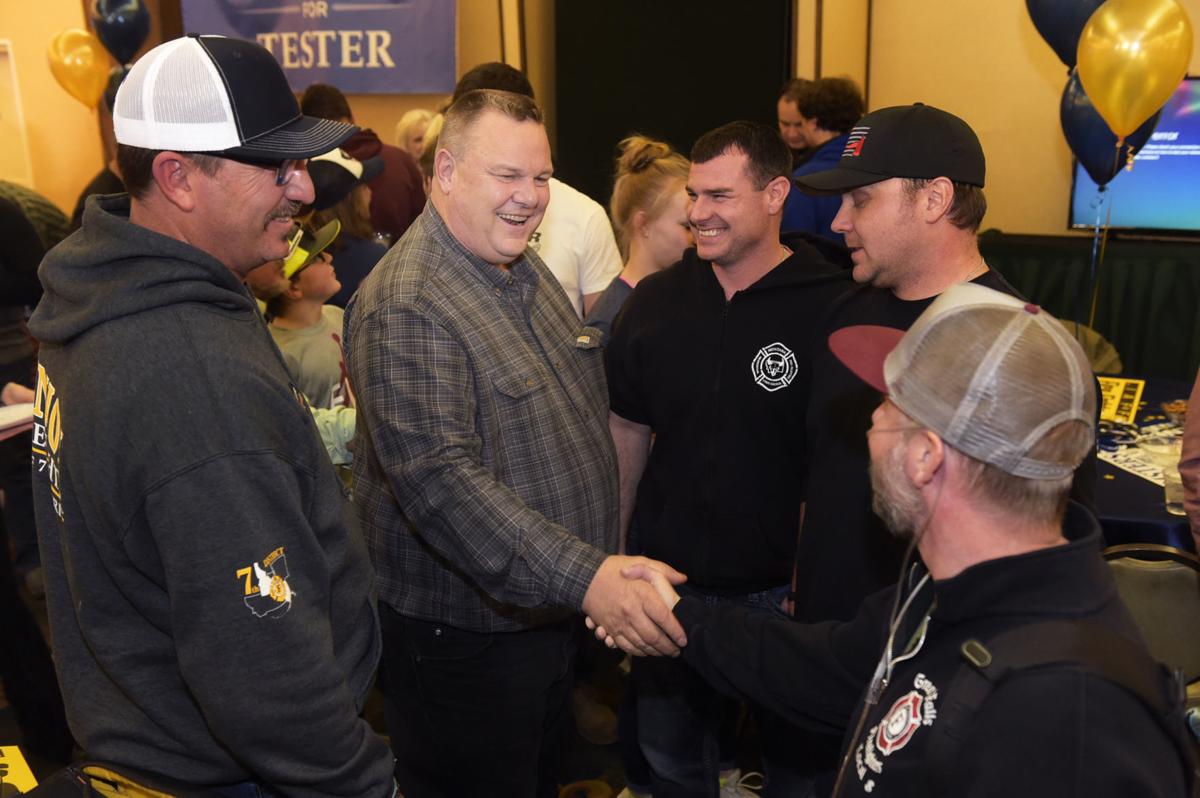 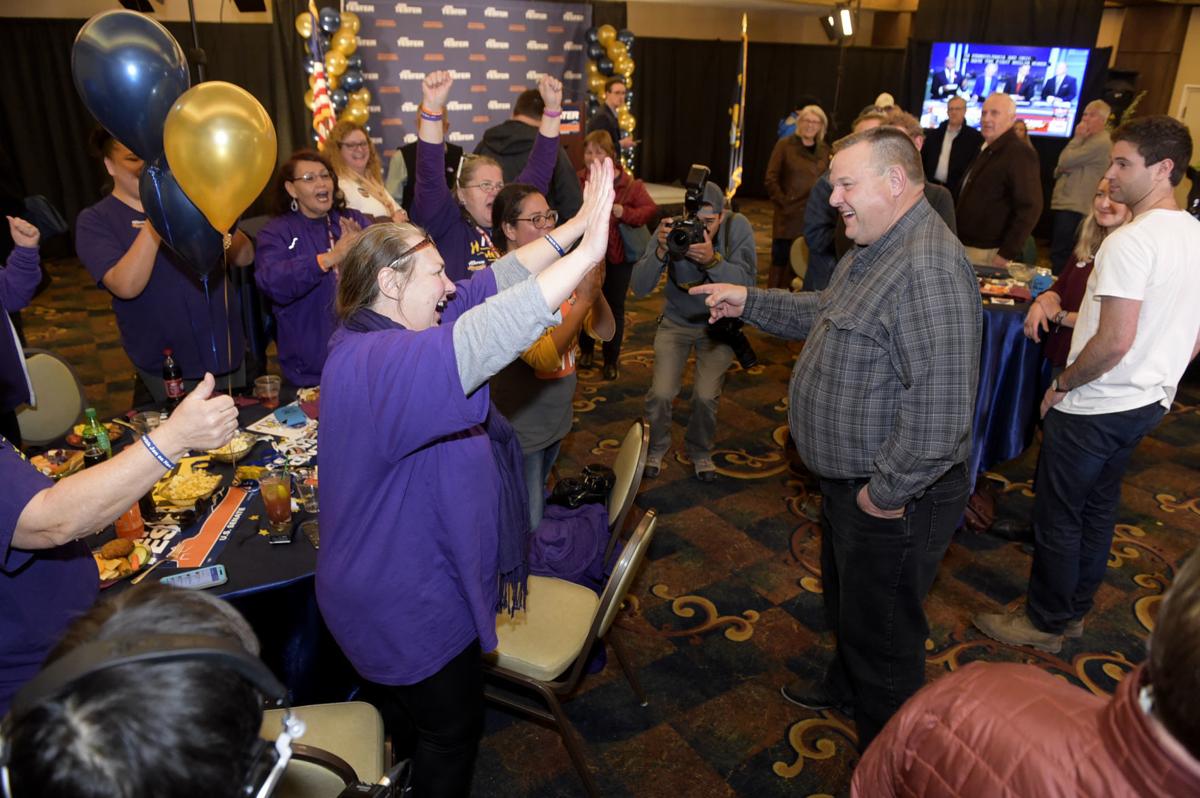 Tester emerged with 50 percent of the vote despite President Donald Trump's unprecedented four trips to the state to campaign against the Democrat.

The race was expected to be close from the start. Before Wednesday, Tester has never captured 50 percent of the electorate in his past two wins in 2006 and 2012. Turnout hit more than 65 percent Wednesday with votes across the state still left to be counted. The last time time turnout touched the 60s was Tester's 2006 victory.

Tester overcame a barrage of criticism by Trump and surrogates, including Vice President Mike Pence and Donald Trump Jr., by zeroing in on local issues in a race Rosendale and Republicans sought to nationalize at every turn.

Rosendale also suffered at the hands of an electorate that just didn't like him, according to VoteCast data the Associated Press collected from voters in Tuesday's midterm.

Though Trump came to the state four times, and his surrogates hopped from small towns to cities in the closing weeks of the election, Rosendale failed to lock down the population that gave Trump a 20-point win here in 2016. Trump was wildly popular with crowds in Great Falls, Billings, Missoula and Bozeman, where thousands cheered his talking points on building a wall on the Mexico border to the dangers of a Democratic majority in Congress.

But in the end, more than 15 percent of voters with a favorable view of Trump cast their ballot for Tester. Tester, for his part, dominated among voters who do not approve of the president.

The margin of error for the VoteCast poll is 2.4 percent. It was designed to capture voter sentiment as Montanans reached their decisions about whom to vote for, or whether to cast a ballot at all. The survey of 2,665 voters in Montana was conducted Oct. 31 to Nov. 6, concluding as polls closed on Election Day.

Like other Republicans around the country, Rosendale hitched his political wagon to the president and hung on through unpopular tariffs that cut into the profits of Montana farmers and the divisive nomination of U.S. Supreme Court Associate Justice Brett Kavanaugh.

It's an approach that made sense in a state Trump won by such a large margin two year ago. Then the strategy was put on steroids earlier this year after Tester played a prominent role in the failed nomination of Trump's pick to run the U.S. Department of Veterans Affairs, Rear Admiral Ronny Jackson.

Tester brought forward anonymous allegations of improper behavior against Jackson, who later withdrew. It was something Trump returned to over and over during his rallies in Montana, finally admitting in Missoula it was the main motivation for his focus on the state and Tester.

At a celebration with his family and supporters Wednesday at a Great Falls hotel, Tester said Montanans saw through the out-of-state politicians who flew in to tell them how to vote.

He then addressed the attacks he faced from Trump during the campaign and the challenges posed by the shifting balance in Congress, where Democrats took back the House but lost seats in the Senate.

“I would love to tell you this country is on the cusp of all coming together, but it isn't," Tester said. "It may be more divided today than it was yesterday.

"But I can tell you we need to work together in this country and we need to hold people accountable for their actions and that will be done. And we need to make sure that we move forward in the way that we have the strongest middle class ever.”

On Wednesday morning, Rosendale released a statement saying he'd spoken with Tester and congratulated him.

"What an incredible journey this has been over the last year and a half," Rosendale said. "It's been the honor of a lifetime to be your nominee and we couldn’t have gone this far without my wife Jean and our three sons by my side. I’ve been overwhelmed by the support, trust, time and energy received from folks across this state. Thank you to each and every one of you — to our staff, volunteers, and all our grassroots supporters."

Rosendale said "our movement and our cause will continue to move forward" and said he would continue his work as state auditor.

By aligning himself with Trump, Rosendale identified himself to voters as a far-right conservative. He and Trump teamed up to characterize Tester as an "extreme liberal" in lockstep with the likes of the president's go-to villains, U.S. Rep. Nancy Pelosi, D-Calif., Sen. Chuck Schumer, D-N.Y., and Rep. Maxine Waters, D-Calif.

But Tester's record as a moderate Democrat wasn't lost on voters, and the senator got more than twice as many votes from people identifying themselves as moderates than Rosendale did.

While Rosendale spent time telling voters who Tester was, the AP data shows Montanans never got a good impression of Rosendale. Among voters, 53 percent had a very or somewhat unfavorable opinion of the Republican.

As the #MeToo movement has played out nationally and the Kavanaugh confirmation process fixed a spotlight on the ability of women to bring forward claims of sexual assault and be believed, Tester aligned with the concerns of Montana's women voters and that won him their support Tuesday. A similar gender gap to one seen nationally played out here, with 54 percent of women breaking for the Democrat to Rosendale's 43 percent.

Tester also ran up big margins among voters 18 to 44 and stayed close to Rosendale among older voters.

As results came in Tuesday night, Tester went up early but then fell behind as the smaller counties and reliably Republican areas such as the Flathead and Ravalli valleys reported. But Rosendale lost his lead Wednesday morning as Missoula and Gallatin counties reported. Those areas are home to younger voters at the two main state universities in Montana.

They also hold a higher percentage of Montanans with a college degree. Tester stayed close to Rosendale among voters with less than high school through a college education, but walloped Rosendale among the most highly educated, which may have helped him in Missoula and Gallatin counties.

Tester's campaign focused in part on legislation he's carried or co-sponsored to help rural voters, such as health care legislation to support rural hospitals. He also had a laser-like focus on his work to advocate for veterans. Tester spoke about continuing that work Wednesday.

“We’ve got a lot more to do to live up to to the promises we’ve made our veterans,” Tester said.

The VoteCast poll showed Tester lost among vets significantly, by 10 points, which suggests the Jackson episode may have hurt him.

Even after the attacks against him at the four rallies, Tester said he hoped the president comes back to Montana. He wants him to return not for political reasons but to see the challenges people face in Montana, such as the understaffed VA clinics.

“We need to get some things done in Washington, D.C. We need to put aside the political pettiness and work together to get things done,” Tester said. “As I have traversed this state, north, south, east, west, the people I have talked to, the biggest issue they bring up is, ‘Why can’t you guys work together?’ Well, we can and we will and it will happen because the American people are demanding it. No more divisive politics.

AP VoteCast is a survey of the American electorate based on more than a decade of research and experimentation on how best to survey voters who cast ballots at polling places on Election Day, as well as the increasing share who vote early, absentee and by mail.

In final push to election day, Tester and Rosendale stay the course

BOZEMAN — Hundreds of thousands of registered Montana voters with a pen, a ballot and a vote.

BELGRADE — At a campaign-style rally in an airport hangar just three days before Montanans go to the polls to elect a U.S. senator, President …

BILLINGS — The Libertarian candidate in Montana's U.S. Senate race threw his support behind his Republican opponent Wednesday in a surprise mo…

The following election results were reported Wednesday. The results do not include provisional ballots, and they are considered unofficial unt…

HELENA — Montana voters rejected a ballot measure that sought to extend the state's Medicaid program by raising the tobacco tax.

How will Tester navigate a changed U.S. Senate? Like he always has

In his third term, Montana U.S. Sen. Jon Tester will head back to a much different environment in Washington, D.C.