As lawmakers on the third floor of the Montana Capitol heard hours of testimony Saturday on two Medicaid expansion bills, ralliers convened at noon in the rotunda to support lifting the sunset on the health care program.

The “Don’t Mess with Medicaid" rally featured several speakers before a crowd of more than 400 cheering for the Democratic bill that would continue Medicaid expansion without the work requirements some Republicans want to add. The legislation they came to support was House Bill 425, brought by Rep. Mary Caferro, D-Helena, that makes the Medicaid expansion signed into law in 2015 permanent.

The crowd was also there to oppose House Bill 658, brought by Rep. Ed Buttrey, R-Great Falls. The bill also continues Medicaid expansion but imposes new work requirements supporters say would move people out of poverty, and assets and means testing they say are necessary to prevent fraud and abuse of the program. Critics argue the complexity of reporting work hours and what they say are insufficient exemptions will kick people off coverage.

Without legislative action, Medicaid expansion will sunset in June.

Kristi King, a nurse practitioner from Bozeman, told the crowd that Medicaid expansion has led to positive effects for her patients and financial benefits for clinics in terms of new revenue and retaining providers.

“I don’t see just a few patients whose lives have been changed by Medicaid expansion, I’ve seen hundreds,” she said. “People who’ve finally been able to take care of their own health and thus take better care of their families, contribute to our economy and give back to our community.”

“Some people think we’re gaming the system, we’re letting people get a free ride with Medicaid expansion,” he said. “I don’t think anybody takes pride in going to get government help. I mean, you try to do it for your family, for your children, for yourself, just to do better so you don’t go bankrupt.”

Loren BirdRattler opened his speech with a personal story before talking about the impact of Medicaid expansion on his tribe, the Blackfeet, and other tribes around the state.

BirdRattler was prominent in state and national tribal politics when side effects of medication caused his mental health to spiral. He eventually found himself homeless and before Montana expanded Medicaid in 2015, he went to Spokane, Washington, to seek health care in a state that had already expanded Medicaid.

Photos: 'Don't Mess with Medicaid' rally at the Montana Capitol

Gradual warming up bodes well for central Montana flooding, including in the Helena Valley

Snowmelt is beginning across Montana and with it the chance for flooding, but weather officials say forecasts east of the Continental Divide a…

The debate over extending Medicaid expansion in Montana took over the state Capitol on Saturday, with an all-day hearing on two bills presenti… 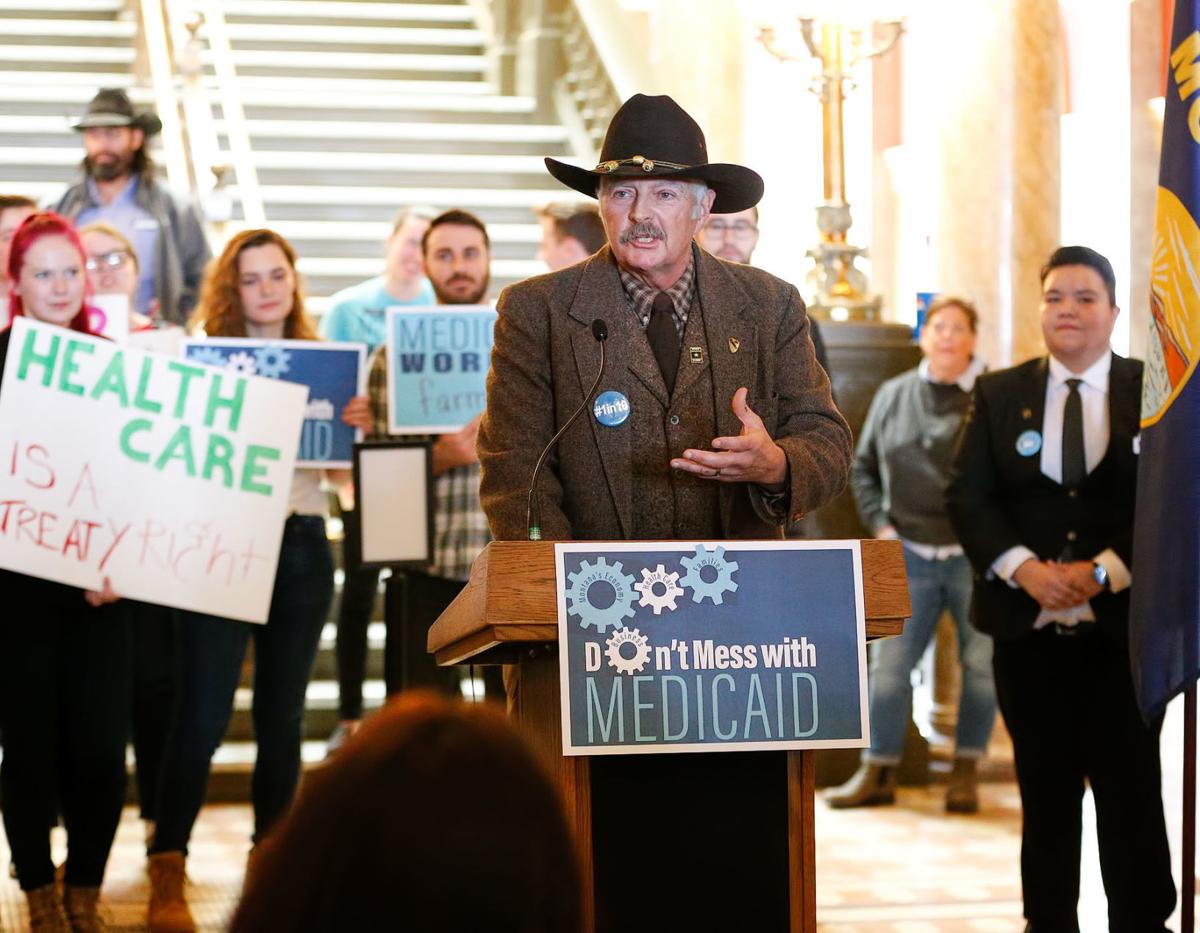 Retired Lt. Col. Richard Liebert speaks at the Don't Mess with Medicaid rally at the Capitol in Helena on Saturday. 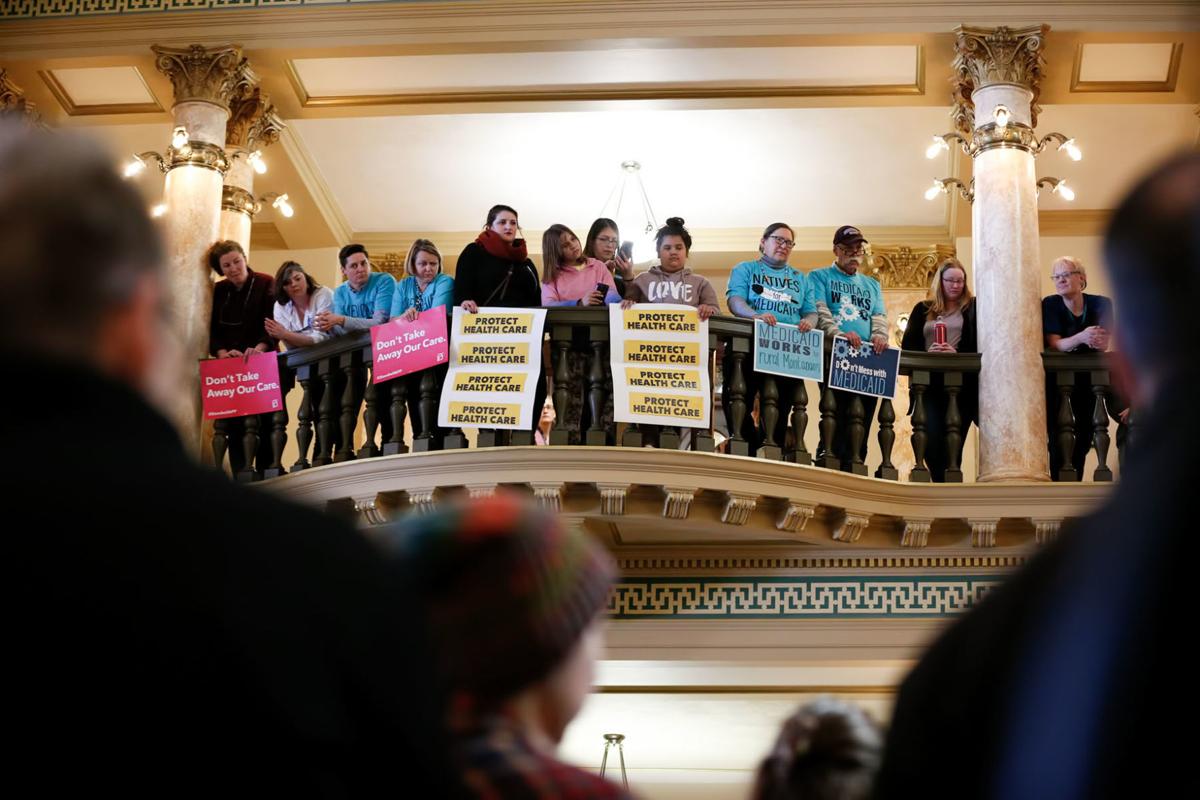 Supporters listen during the Don’t Mess with Medicaid rally Saturday at the Capitol in Helena. 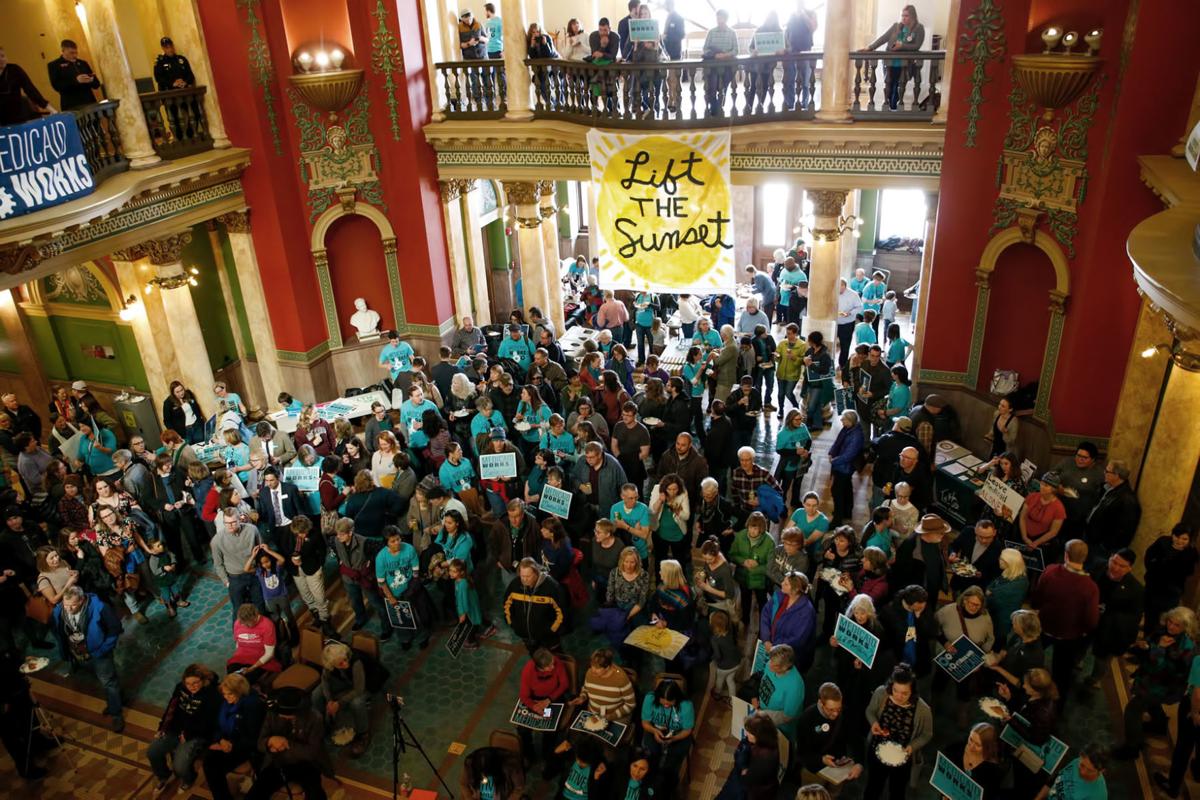 Over 400 supporters pack the Capitol for Saturday’s Don’t Mess with Medicaid rally in Helena.