A commission recommended putting $15 million toward existing affordable housing projects around Montana that are struggling to deal with cost increases tied to worker shortages, supply chain disruptions and price increases in materials like lumber.

The money comes from the American Rescue Plan Act approved by Congress earlier this year. In the winter, the state Legislature directed funding to several broad areas and created commissions to recommend specific spending proposals.

The state Department of Commerce proposed up to $15 million toward 17 affordable housing projects already in the pipeline. Developers who responded to a survey in July said they'd seen the average cost of their projects go up nearly 17%, or about $19.5 million from previous projections, because of the pandemic.

The projects, which will create 995 new affordable rental housing across the state, were already awarded federal funds or housing credits before COVID-19 hit Montana.

In the survey, developers had to show why costs increased and why it was related to the pandemic, as well as demonstrate how they'd already tried to reduce their projects' price tags. Projects range in size from 16 to 202 units.

"(For) these projects, the margins are very tight and making additional debt for a loan structure (is) likely unworkable," said Cheryl Cohen, the Housing division administrator for the state Department of Commerce. "The private market investors in these projects would probably be unable to approve additional new (loans)."

The gap financing would come in the form of a grant, with a maximum of $2 million available for each project. If any of the 17 projects end up not being eligible for funding, that could increase to $2.5 million since more money would be available for the remaining projects.

The commission Thursday also heard an update about the state's return-to-work bonus program, which offers $1,200 to workers who leave unemployment after four weeks on a new job.

The state has awarded 166 return-to-work bonuses out of about 4,000 applications, for a total of $196,800 distributed to Montanans since the program started two months ago. There have been about 803 more applications to the program since July 21.

Gianforte announced the $1,200 payments in May, at the same time he said Montana would opt out of several expanded federal unemployment benefit programs. The Republican said at the time the dual moves were to both incentivize and push an estimated 10,000 people who left the workforce during the pandemic to return. Employers across Montana have lagged in hiring as workers struggle to find affordable housing and child care slots, in addition to lingering concerns about risk of exposure to COVID-19 in the workplace.

Gianforte approved $15 million for the program, which his administration estimated would issue bonuses to a possible 12,000 workers.

Use of the program so far has been less than he expected and processing applications has taken longer than expected, said Scott Eychner, the administrator of the Workforce Services Division of the state Department of Labor and Industry, on Thursday. He said his department has increased the number of people working on the program from two to nine to speed things up, as well as tweaked applications to gather more information initially.

"I will tell you, personally, that it has been a little bit slower than we expected, than I expected to see, the uptake," Eychner said.

He said he expected to clear the backlog of roughly 1,200 applications that need processed by Sept. 8, the commission's next meeting, and have distributed more of the funding.

"In a perfect world that total amount distributed could be as much as $3 million (by that meeting)," Eychner said. "I will stress that's a perfect world."

House minority leader Kim Abbott, a Democrat from Helena, asked Eychner if it would be possible to reach the anticipated 12,000 bonuses paid out.

Eychner said it was achievable, but that several factors were at play.

"We've never done anything like this before, so ... part of the effort in here is trying to understand ... the value of the of an incentive like this, to that population," Eychner said.

He added the delta variant and concerns about COVID-19 cases rising again could slow things down. On the flip side, he said as children go back to school that could "solve some of the childcare stuff" and make it easier for people to go back to work. Before the pandemic, there was only licensed childcare capacity to meet less than half of the estimated demand in the state. During the height of the pandemic 171 programs around the state closed.

"It's hard, so that's why I would stress ... the data doesn't represent any conclusions as of yet," Eychner said

Abbott pointed out the state lost out on federal unemployment dollars when it ended the program. A report from the Joint Economic Committee chaired by U.S. Rep. Don Beyer, D-VA, found Montana stood to lose $69.9 million in payments to individuals, which would have an effect of $112.6 million on local economies, by ending the federal payments early.

"When the administration ended the enhanced unemployment benefits, it pulled a lot of federal money out of our local economies ... and when I look at this, it looks like we're not replacing that as quickly," Abbott said.

Since Jan. 1 there have been at least 1,930 fire starts in Montana.

In an email Friday, Department of Administration Director Misty Ann Giles encouraged employees to get vaccinated for COVID-19 and to stay home if they’re feeling sick.

The Red Pill Festival drew Christian conservatives and conspiracy theorists to Saint Regis last month, a gathering meant to build a community for fringe ideas that have more frequently entered the mainstream.

“The system’s hanging on by a shoestring right now,” said Matt Bugni, the chief executive officer of AWARE, Inc.

“For those cancer patients who are mid-treatment, a loss of health care coverage could seriously jeopardize their chance of survival," said Kristin Page-Nei.

Storms that hit the area June 10 in Eastern Montana came with wind, hail and a tornado. Wind gusts of up to 70 mph knocked out power.

“It’s concerning, the uptick. I’m not going to say it’s not,” the governor said. “It’s why we continue to message around the importance of people considering getting one of these safe and effective vaccines.”

The new abortion laws are set to take effect Oct 1.

The case involves a Helena man who is accused of refusing to wear a face mask in a restaurant when Montana was under a statewide mandate. 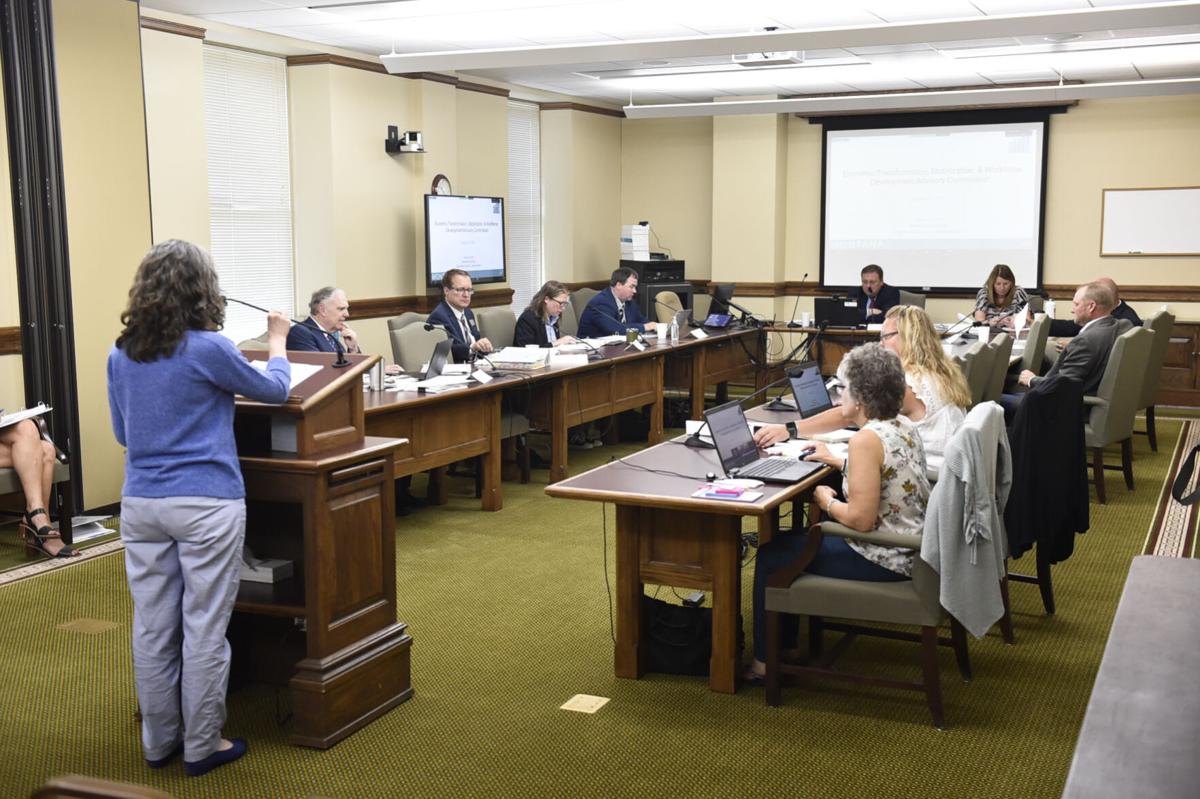