In response to a records request, Montana's state health department Thursday released a letter signed by its own epidemiologists raising sharp concerns over an emergency rule issued by the department over mask use in schools as classes started this fall.

The emergency rule “contributes to the spread of misinformation and adds confusion to those who are trying to make informed decisions to keep their kids and communities safe,” the 18 epidemiologists in the state Department of Public Health and Human Services wrote in the letter sent to Director Adam Meier dated Sept. 17.

The Montana State News Bureau sent the department a records request for the letter and other documents Sept. 21. The Montana Free Press earlier this week reported on the letter provided to that outlet by an anonymous source.

The health department also confirmed two epidemiologists have recently left their positions, including one who signed onto the letter. One of the positions has been filled and the state employment website shows a posting for another epidemiologist position.

The letter raises concern about two specific claims in the emergency rule it calls “misleading and false.”

The rule was issued Aug. 31 as students and parents were preparing to return to classrooms. The rule urged schools to consider parents’ voices when adopting rules around mask use. At the time it was issued, school officials said it did nothing to alter their practices or existing rules. Pediatricians said the emergency rule was based on troubling claims and would confuse parents and students.

The first point the epidemiologists told Meier was concerning was when the rule claimed there was no scientific evidence that showed mask use works to reduce the transmission of COVID-19.

A portion of the rule says “The department understands that randomized control trials have not clearly demonstrated mask efficacy against respiratory viruses, and observational studies are inconclusive on whether mask use predicts lower infection rates, especially with respect to children.”

The epidemiologists point out in their letter “conducting a randomized control trial on mask wearing among children during a pandemic is unethical” and the lack of such a study should not negate credible information on mask use.

The second point epidemiologists criticized in the emergency rule was the claim of a “body of scientific literature on the negative consequences of prolonged mask wearing on children.”

“Not one study cited in the rule backs up this claim,” the epidemiologists wrote.

The letter said the emergency rule “threatens the credibility” of the state health department and will “negatively impact our ability to communicate with Montanans in the future.”

The department has an ongoing public awareness campaign about vaccination, which the administration has encouraged Montanans to discuss with their doctors but has said it will not mandate. The state GOP-majority Legislature earlier this year banned employers from requiring vaccines; the law is being challenged in two separate lawsuits.

In an interview when the emergency rule was issued, Teresa Blaskovich, a pediatrician at the Children’s Clinic of Billings and the secretary and treasurer for the Montana Chapter of the American Academy of Pediatrics, said the language of the rule amounted to undercutting doctors' credibility with patients.

“It’s really confusing because as a physician I know my job and sometimes when legislators that have less education than I do try to provide rules and regulations that don’t make medical sense for me or my patients, it’s frustrating and then it’s also very confusing for the general population of who is right,” Blaskovich said at the end of August. “I think the general population is getting bombarded by so much information they don’t know who to trust and it’s making it more difficult for them to trust me as a physician, which is heartbreaking and frustrating.”

The epidemiologists also said it was “demoralizing” to have the department issue a public health emergency rule “that is not founded in the science of public health.”

The rule additionally “jeopardizes local public health department efforts and adds additional challenges to their ability to keep their communities informed and safe.”

Public health officials around the state and country have left their positions through the pandemic, in part citing at-times hostile criticism from those opposed to requirements put into place to slow the spread of the pandemic like mask use.

Democratic state lawmakers last month questioned Meier on the emergency mask rule, asking if any scientists had a role in developing it.

Rep. Ed Stafman, a Democrat from Bozeman who chairs the interim legislative committee with oversight over the health department, pressed Meier on the emergency rule.

“The Office of Legal Affairs signs off on the rules, along with the director,” Meier said. “There’s no scientist that signs off on rules and this is again not a clinical or scientific study. It’s a rule ... which provides a framework for those schools that then follow that.”

Meier told the committee the rule was developed because of “the substantial number of inquiries we were getting at the (health) department and the governor's office and I know (the Office of Public Instruction) received a number as well." He added the looming start of the school year "led to the time sensitivity issue of trying to get some uniform guidance out.”

The rule was meant to give that guidance and not "to be a conclusory scientific study," Meier continued.

"There's nothing in there that would indicate that. It does cite to certain studies that are out there. To be clear, it's looking at not whether or not masks are effective, but the extent to which masks have been proven to be effective, especially as it relates to children in school," Meier said at the meeting. "And there are studies out there that do show conflicting information as to the extent of the effectiveness.”

The records request also captured the daily COVID-19 update sent to Meier from the epidemiology staff, including an email dated Sept. 20 and sent to the governor in addition to health department staff noting the epidemiologists have received “an increase in calls from state agencies reporting positive Binax tests among their employees.”

Letter to DPHHS director from epidemiologists

On this episode of Big Sky Lede, reporter Holly Michels and host Thom Bridge discuss the hectic 36 hours before a judge in Montana put a temporary halt to three new abortion laws in the state.

By the end of September, about $92 million from the federal American Rescue Plan Act had been spent out of $967.7 million that’s been approved by commissions recommending how to use the money.

The laws are halted for 10 days or until the judge decides if he'll issue a preliminary injunction, whichever happens first.

The money is from the federal American Rescue Plan Act.

The preliminary injunction ordered by Judge Michael Moses stops the laws from taking effect while a lawsuit that seeks to overturn them plays out.

The governor's office said in an email Friday that no facilities that have asked for assistance from the Guard have ended their request. 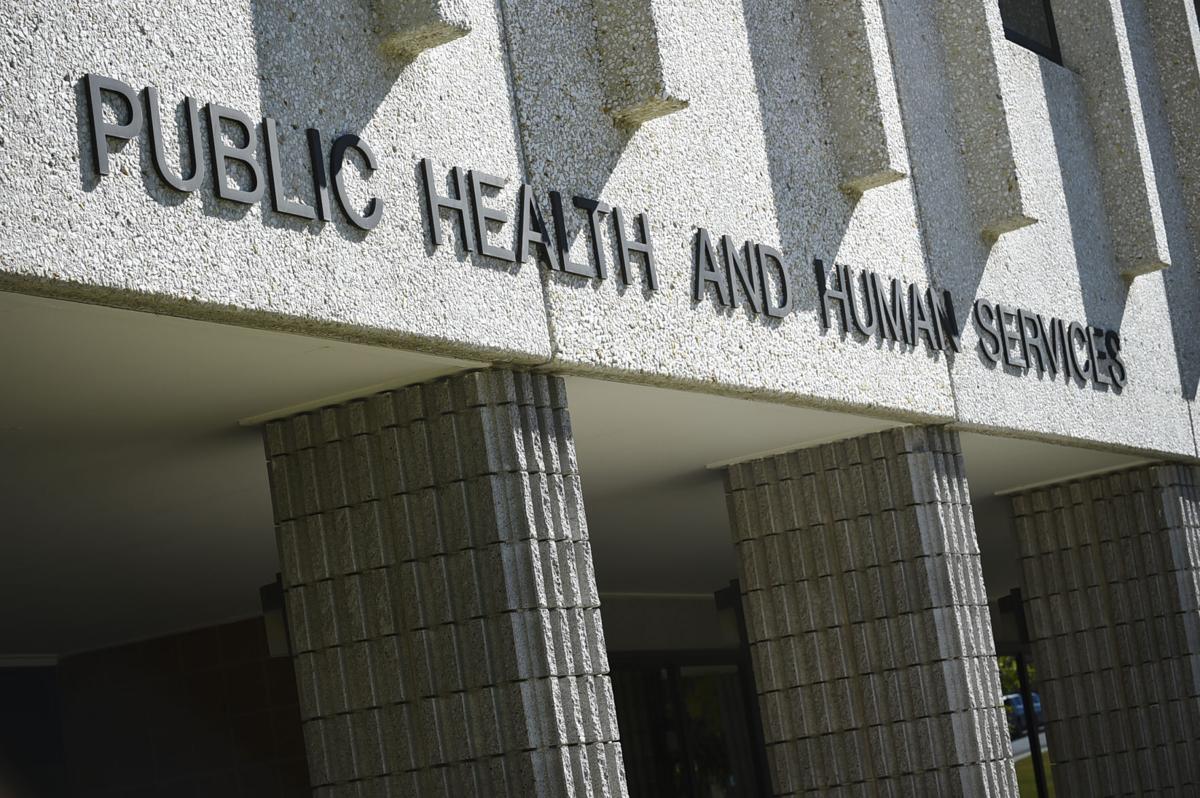 The Department of Public Health and Human Services building in Helena.