BILLINGS — President Joe Biden's pick to oversee U.S. lands in the Western states stonewalled a 1989 investigation into the sabotage of an Idaho timber sale, a former federal law enforcement officer alleged in a letter released Thursday.

The former U.S. Forest Service special agent claims that as a 23-year-old environmental studies graduate student, Tracy Stone-Manning was suspected in the plot to insert metal spikes into trees in the Clearwater National Forest to prevent them from being cut down, but refused to cooperate with investigators.

Two of Stone-Manning's friends were convicted of the sabotage more than four years later. She received immunity from prosecutors and testified against them, according to court documents and interviews with people involved in the case.

She was never charged with any crimes and has spoken publicly in the years since about her role retyping and mailing a letter to authorities on behalf of one of the convicted men that said people could get hurt if loggers tried to cut trees in the sabotaged area.

Stone-Manning has maintained she wasn't knowingly a direct target of the investigation.

She and other University of Montana students and a faculty member were subpoenaed to submit hair and fingerprint samples to a grand jury in the months after the spiking, according to news accounts of the case and Associated Press interviews with the faculty member and two of the former students.

The faculty member and former students said investigators appeared to be casting a wide net without direct evidence they were directly involved.

The two men convicted in 1993 were not implicated until a former girlfriend of one of them — not Stone-Manning — provided details to authorities in 1992.

Wyoming Republican Sen. John Barrasso released the letter Thursday from retired investigator Michael Merkley after pushing for weeks for Stone-Manning's nomination to be withdrawn. Barrasso, the top Republican on the Senate Energy and Natural Resources Committee, said in a statement that Merkley's letter "confirms that Tracy Stone-Manning lied" when she told the panel that to her knowledge, she had never been the target in a criminal investigation.

The Biden administration has continued to back Stone-Manning — a former top aide to former Montana Democratic Gov. Steve Bullock — despite the strong GOP opposition to her nomination to direct the Interior Department's Bureau of Land Management. The agency oversees energy production, grazing, logging and other activities across almost a quarter-billion acres of public lands, primarily in the West.

In her latest responses to questions from lawmakers, released by the department Wednesday, Stone-Manning said she had no involvement in the 1989 tree spiking other than mailing the letter, which she said she did "so no one would get hurt."

She said she had been frightened of one of the men convicted in the case and ultimately stepped forward to keep him in jail after he assaulted his former girlfriend.

"I recall being disturbed with the whole situation and frightened of him; I wanted nothing to do with it and did not want anyone to get hurt," she wrote.

Merkley alleged in his letter that Stone-Manning was sent a federal grand jury "target letter" informing her that she was going to be indicted after the former girlfriend told Merkley in 1992 that Stone-Manning helped plan the tree spiking.

"While she did provide testimony against her co-conspirators, she still was not forthcoming about the role she herself played in this case," the letter said.

However, the lead prosecutor on the case, former U.S. Assistant Attorney George Breitsameter, told AP that he could not recall Stone-Manning being sent a such a letter.

"If she was, it would surprise me," he said. "That's not the first thing you do. You want them to come in and testify."

Breitsameter declined to say whether Stone-Manning was specifically targeted as a suspect and said that just because someone is being investigated by law enforcement doesn't mean prosecutors are on board. By the time of the trial, he added, "everybody was satisfied" with the convictions of the two people in the case.

Other law enforcement officers involved in the case have not responded to telephone messages from the AP seeking comment.

One of the University of Montana environmental students subpoenaed along with Stone-Manning, Jake Kreilick, said he believes authorities were trying to intimidate him and other environmental activists at the school as they investigated the tree spiking.

"They were trying to to get us to back down. But part of it was real because they did want to find out who spiked those trees," said Kreilick, who was never charged.

He said Stone-Manning played no direct role in the tree spiking but "was caught in the middle of it" when asked to mail the warning letter.

Prior to her nomination, Stone-Manning worked most recently at the National Wildlife Federation. Her advocacy for preservation of public lands contrasts sharply with the pro-development policies at the bureau during the Trump administration that were strongly supported by Republicans including Barrasso.

The vote on her nomination has not been scheduled. It would take every Senate Republican plus at least one Democratic lawmaker to block her confirmation in the evenly divided chamber.

Sen. Theresa Manzella, R-Hamilton, had been speaking at a Wednesday event in Clinton when she made the comments.

Montana’s attorney general has joined with other Republican-led states to challenge a rule from the Biden administration aimed at boosting the nation’s stagnant rate of vaccination against COVID-19, calling it an "unprecedented overreach."

Bishop drops out of congressional race for new western district 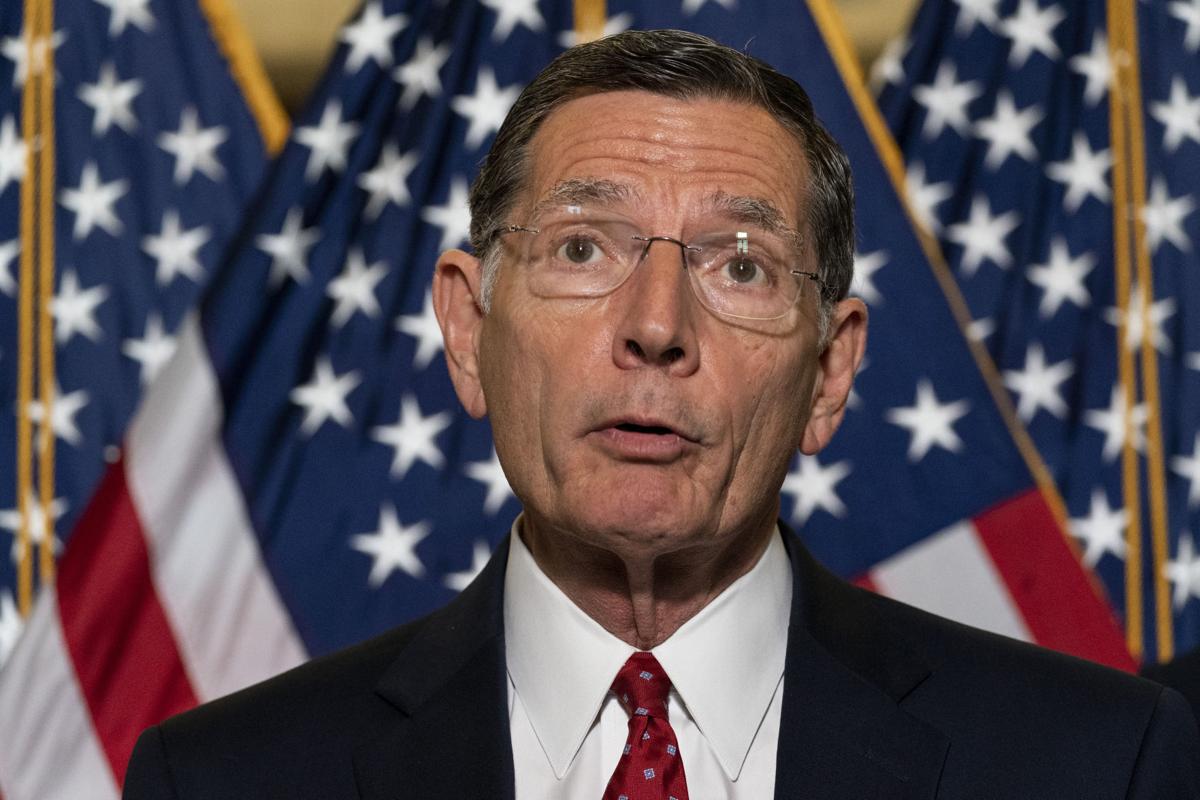 In this June 8, 2021, photo, Sen. John Barrasso, R-Wyo., speaks with reporters after a Republican caucus luncheon on Capitol Hill in Washington. Barrasso said on June 11, 2021, that U.S. Bureau of Land Management nominee Tracy Stone-Manning should be disqualified over her links to "extreme environmental activists" when Manning was a graduate student in the 1980s. 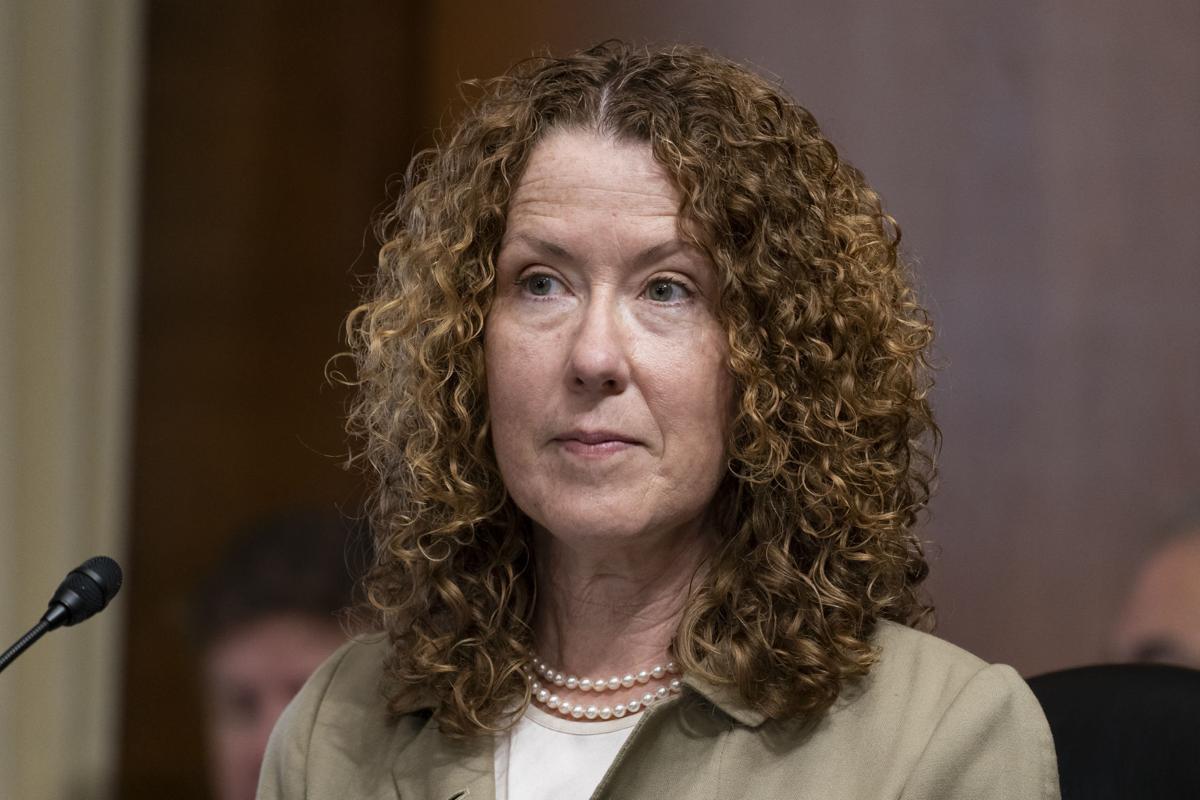