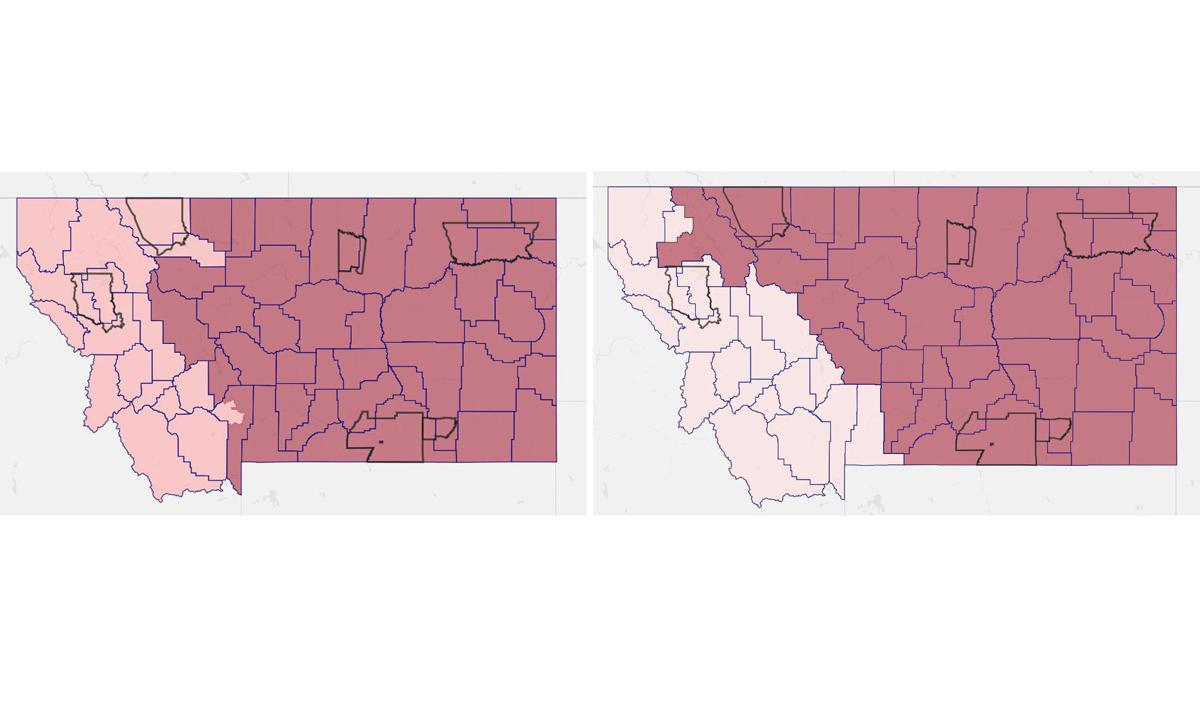 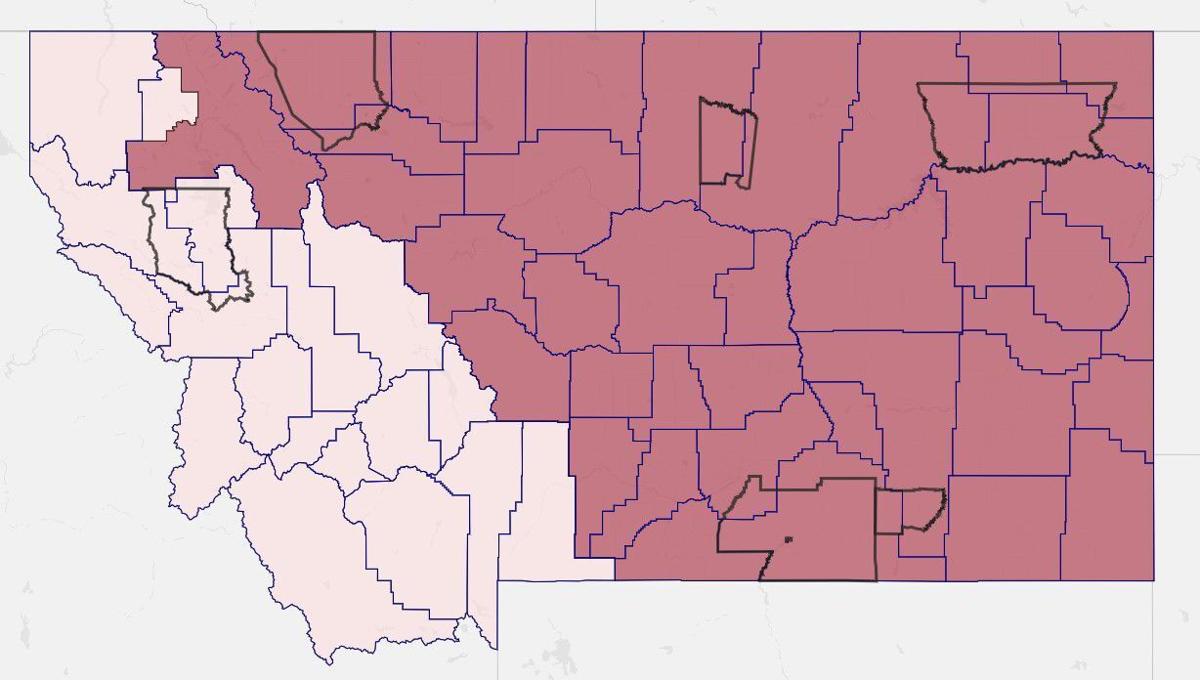 This congressional map finalist, Congressional Proposal 11, was nominated by Democratic members of the state Districting and Apportionment Commission. Written comments can be submitted online until Nov. 4. 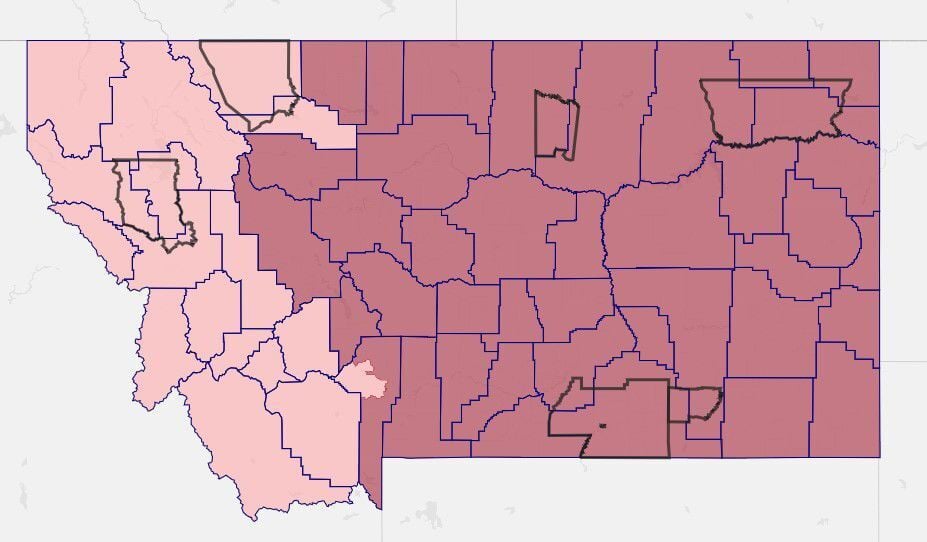 This congressional map semifinalist, Congressional Proposal 10, was nominated by Republican members of the Districting and Apportionment Commission. Written comments can be submitted online until Oct. 30. 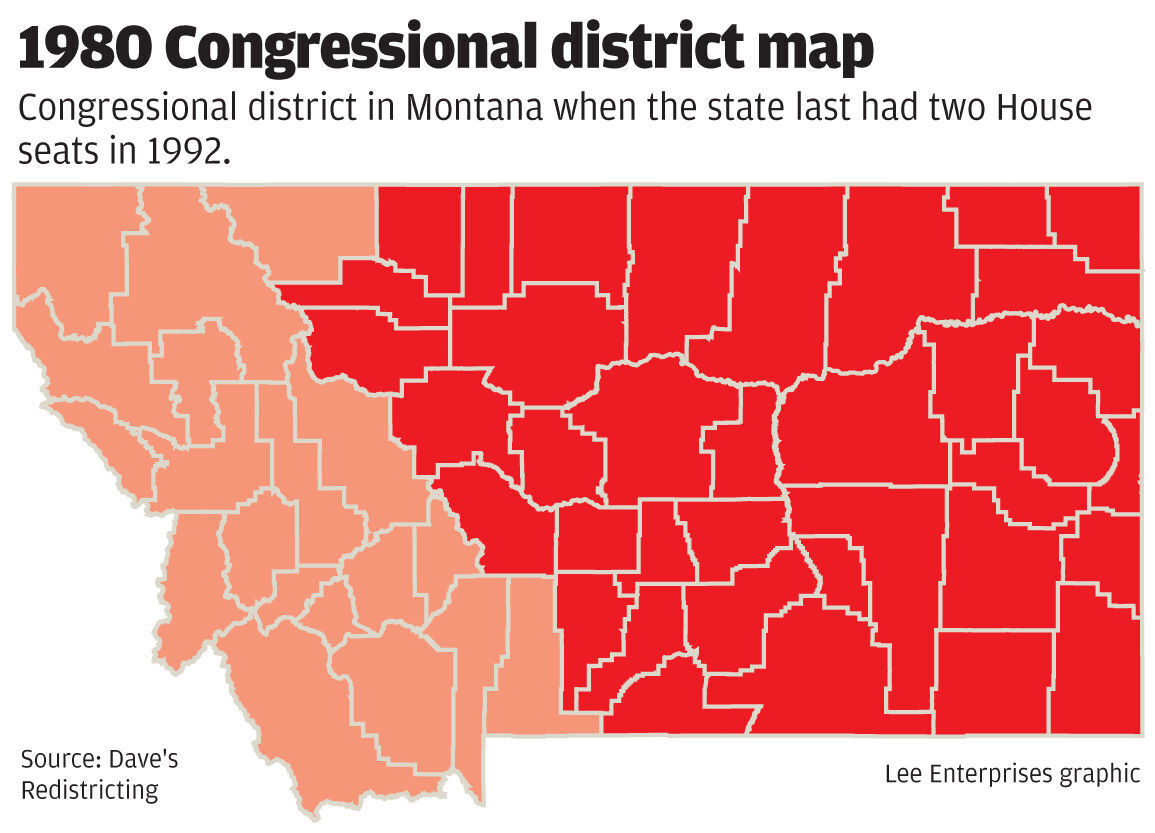 This may be Montana’s political “Groundhog Day,” an endless loop in which no matter how many congressional district maps are drawn, they reset to 1980.

On Saturday, Montana will be very close to putting two congressional districts on a map for the first time in 40 years. There have been 231 map submissions by the public in the past two months, with roughly a dozen more drawn up by members of the bipartisan Montana Districting and Apportionment Commission.

The final two maps, available for public comment through Oct. 30, look a lot like Montana’s congressional districts of the 1980s, so much so that one commissioner quipped last week that former U.S. Rep. Pat Williams, the Democrat who represented the west for 14 years, would be pleased.

Williams had told Lee Montana Newspapers in April that a north-south dividing line like the one that created his old district “would give western Montana the opportunity to continue to be politically moderate to moderately liberal in its politics. And give eastern Montana the same opportunity to follow its natural course, which is to be moderately conservative in its politics.”

But the region has changed and both maps have a partisan lean that would make it challenging for Williams or any Democratic House candidate to get elected. When the commission last met Oct. 21, Republicans were frustrated that making the districts competitive was even being discussed.

Democrats seemed content to have one congressional district with a partisan lean favoring Republicans by 4.75%, this after spending 26 years in the political dunk tank that Montana’s at-large congressional district became for Democratic candidates. Montana was demoted to at-large status after a poor showing in the 1990 Census. Williams won the at-large seat twice but chose not to run for reelection in 1996.

The commission’s goal Oct. 21 was to settle on one map to offer for public comment Oct. 30, after which there could be minor adjustments, but the congressional districts would be almost baked in.

But disagreement between the two Republicans and two Democrats on the commission derailed those plans. Both groups produced maps on the fly Oct. 21 that the other wouldn’t support. Then, Commission Chairwoman Maylinn Smith, the likely tiebreaker in deciding what Montana’s congressional map will be, announced that if the other commissioners couldn’t agree on a single map, she would rely heavily on public opinion and make the final decision.

The biggest difference between the maps drawn by the Republicans and Democrats is the way two of the state’s most quickly growing communities are handled. Republicans exclude portions of Gallatin County from the Western District, while also excluding Lewis and Clark County. They also include the Blackfeet Indian Reservation in the West. Most importantly, the Republican version, identified as Congressional Proposal 10, includes all of Flathead County.

Flathead County is a Republican stronghold, producing the second most Republican votes of any county other than Yellowstone, Montana’s most populated county.

The Democrats' map keeps Gallatin County completely intact. Gallatin is the state’s fastest growing county and has become a must win for Democratic candidates seeking state or federal office. Identified as Congressional Proposal 11, the map also puts Park County in the West as well as Lewis and Clark County. Sure to raise Republican concerns, Congressional Proposal 11 divides Flathead County, putting Whitefish in the West, while Kalispell and the bulk of Flathead go the east. The proposal also puts the Blackfeet Reservation in the Eastern District.

Williams’ Western District would have 104,650 more people in it today than the Eastern District. It’s an area where Republicans carried every statewide race in 2020, including high profile races for U.S. Senate and House. Conversely, the district supported incumbent Democrats for governor in 2016 and for U.S. Senate in 2018.

Commissioner Jeff Essmann, a former chairman of the Montana GOP and veteran state legislator, told commissioners Oct. 21 that Montana was trending Republican. He said he hadn’t spent much time looking at the past election results, or observations made by pundits eyeing Montana’s maps.

“It's just a bunch of talking points that people can use to support their particular argument. So, we'll reach a point where we'll need to make a decision, but I think this whole point, this whole digression this afternoon, shows the fallacy of trying to draw competitive districts when you've got a state that as a whole is trending in one direction,” Essmann said. “I don't have data, but I expect that's going to continue to happen.”

Sen. Theresa Manzella, R-Hamilton, had been speaking at a Wednesday event in Clinton when she made the comments.

Interior secretary seeks to rid US of derogatory place names

"Our nation's lands and waters should be places to celebrate the outdoors and our shared cultural heritage — not to perpetuate the legacies of oppression," Haaland said in a statement.

Bishop drops out of congressional race for new western district

This congressional map finalist, Congressional Proposal 11, was nominated by Democratic members of the state Districting and Apportionment Commission. Written comments can be submitted online until Nov. 4.

This congressional map semifinalist, Congressional Proposal 10, was nominated by Republican members of the Districting and Apportionment Commission. Written comments can be submitted online until Oct. 30.