The first crop of pheasants reared at Montana State Prison were released this week on wildlife management areas across the state ahead of the weekend youth hunt.

Montana Fish, Wildlife and Parks biologist Adam Grove arrived at Lake Helena Wildlife Management area Friday morning to release about 45 birds. As he flipped crates, both roosters and hens flushed from their confines and flew out across the grass and cattails. Grove planned to release another 135 at Canyon Ferry Wildlife Management Area that afternoon.

FWP spokesman Greg Lemon said Friday the agency has seen some added excitement at youth hunting kickoff events around the state. The releases are aimed at recruiting new hunters rather than establishing or bolstering pheasant populations.

Although only male pheasants may be shot by hunters, hens were included in the releases.

“The purpose of those birds is to release them and in reality, there is going to be a percentage of chicks that are hens,” Lemon said.

Licensed hunters, age 15 and under, will be able to hunt pheasants, ducks, mergansers, geese and coots statewide on these two days.

The two-day youth hunt is open to:

Friday’s release was the culmination of a nearly 18-month at times controversial process that started at the Legislature last year. House Bill 637, a wide-ranging wildlife management bill, included an appropriation of $1 million toward a new state pheasant rearing and release program. With a mix of federal and state wildlife dollars, the program is housed at the state prison and operated by inmates, with a goal of producing up to 50,000 birds annually.

Last month, the Montana Fish and Wildlife Commission authorized the program for the next five years with the stipulation that FWP provide annual reports on spending and hunter satisfaction.

“The goal though for this program is to recruit youth hunters to harvest birds and provide more opportunities,” Deb O’Neill, special projects director for FWP, told the commission. “We do know a bird in hand will inspire hunters to continue hunting.”

Officials with the prison’s work program, Montana Correctional Enterprises, have lauded the pheasant rearing program after the prison lost a major contract for its inmate-run dairy. The loss of a $1.5 million contract with Darigold resulted in a major reduction of the prison’s dairy cow herd and loss of inmate jobs.

Development of the pheasant rearing program has helped to fill that void, officials say.

“It’s really helped backfill the loss of the dairy program,” Gayle Butler, Montana Correctional Enterprises administrator said in a previous interview. “It keeps inmates trained, educated and working, and even if they don’t plan to raise pheasants when they’re released, those are important job skills.”

But a number of conservation groups and some state lawmakers have slammed the releases as returning to a long-abandoned policy. The state once ran a number of pheasant-rearing facilities, but shuttered those operations in 1982 in favor of focusing on habitat for wild birds.

Criticism includes fiscal, ethical and biological concerns, arguing that given the low survivability of pen-raised pheasants, $1 million would be better spent on habitat.

“It’s wishful thinking to put thousands of birds on the landscape and somehow sort of magically turn these teenage girls and boys into hunters,” Thomas Baumeister, a former FWP employee who now volunteers with Montana Backcountry Hunters and Anglers, told the commission. “It sounds good, it feels good, folks it doesn’t work. It takes a lot more to recruit hunters and retain hunters.”

FWP and the Montana Department of Corrections said “biosecurity” measures such as testing would minimize the potential for disease spread.

FWP is also proposing legislation to redirect some funding from a separate program for bird habitat.

In 2021, more than 1,300 landowners enrolled about 7 million acres in Block Management with payments totaling more than $7.6 million.

As an advisory group, the body does not have the power to enact policy — that lies with Fish, Wildlife & Parks, the Montana Fish and Wildlife Commission and the Legislature.

Firefighters have responded to more than 1,700 fires this year that have burned about 94,000 acres.

Candidates fielded questions in front of a packed Montana Tech auditorium in Butte on Thursday, drawing distinctions over topics from energy policy to abortion to tribal sovereignty. 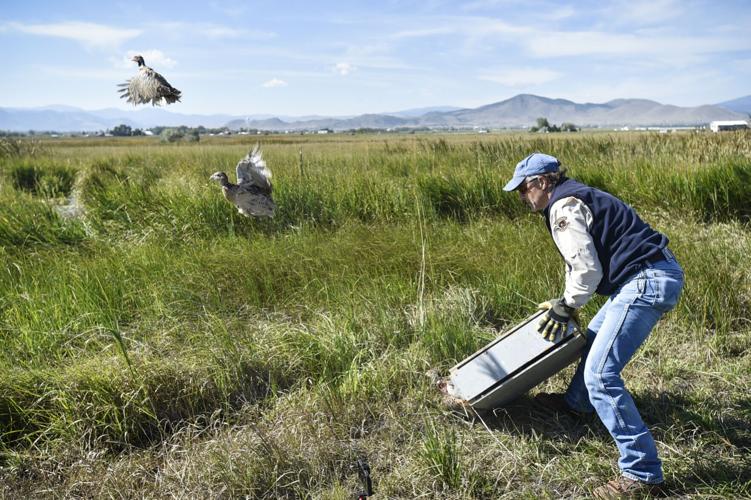 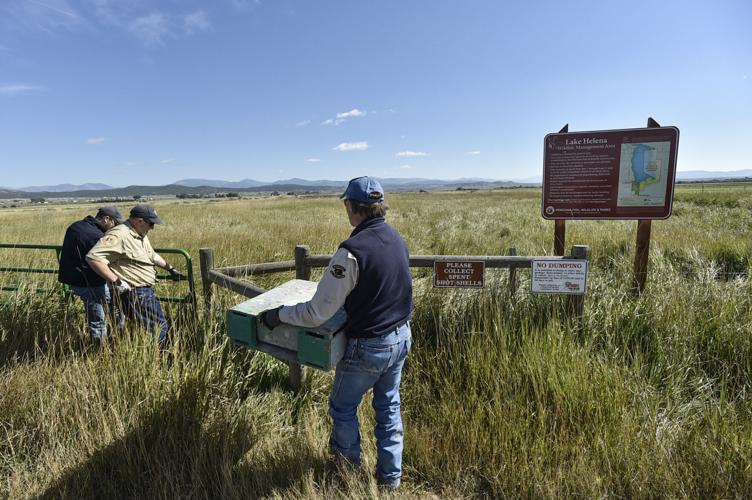 Montana Fish, Wildlife and Parks staff carry crates of pheasants to the release site at the Lake Helena Wildlife Management area on Friday. 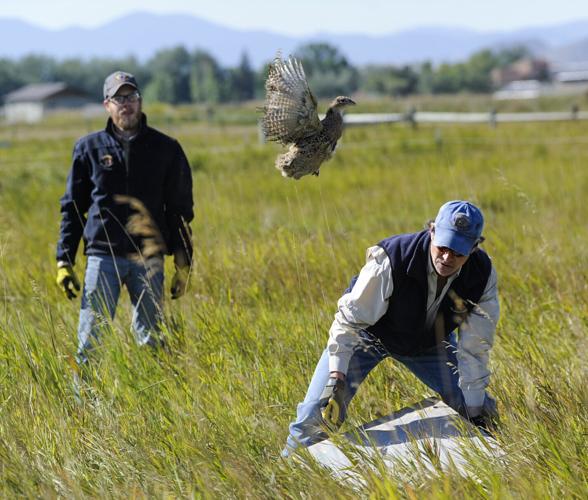 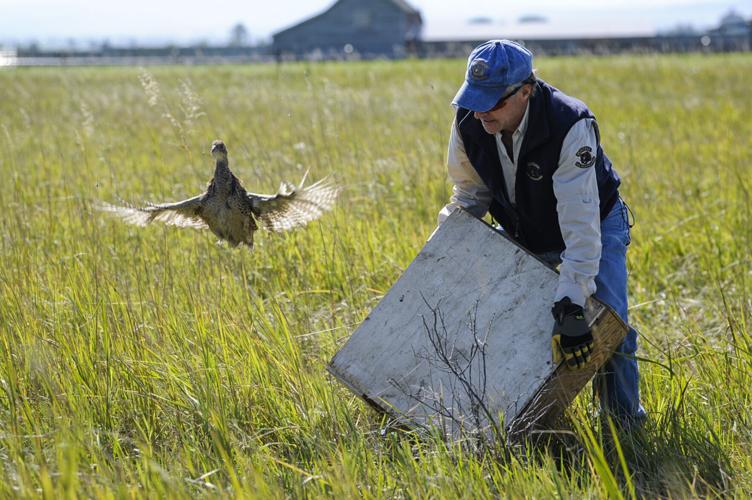