The first crop of pheasant chicks are hatching at Montana State Prison’s new rearing program, as wildlife managers offer assurances that safety measures are in place given the recent outbreak of avian flu.

Last year the Montana Legislature passed House Bill 637, which among its many provisions appropriated $1 million toward a new state pheasant rearing and release program. With a mix of federal and state wildlife dollars, the program is housed at the state prison and operated by inmates.

The program’s goal is to produce up to 50,000 birds annually for release onto state wildlife management areas. Rather than for building populations, the pheasants are considered a hunter recruitment and retention tool, particularly for youth hunters.

Last year, the commission authorized the release of a few thousand privately sourced birds as part of the program. Of the 78 young hunters surveyed, FWP says 72 reported being satisfied or very satisfied with the hunting, according to FWP's environmental assessment.

Montana once raised pheasants in state-run facilities. In 1982 the program was abandoned in favor of funding habitat for wild birds. Some farm-raised birds continue to be released on private shooting preserves and private land through a lightly used state grant program, but the vast majority of pheasants are wild.

Montana Fish, Wildlife & Parks Director Hank Worsech recently signed a decision notice for environmental analysis supporting the releases. The Montana Fish and Wildlife Commission has final authority over deciding whether to ultimately release birds. That vote is scheduled to come in August.

The move toward pheasants at the state prison came after MSP lost much of its inmate-operated dairy late in 2020.

Darigold canceled its 30-year contract with the prison, forcing the state's prison work program, Montana Correctional Enterprises, to scale down its dairy operation from 350 head to about 70. Darigold’s decision to end the $1.5 million contract occurred after one of its major customers — Costco — decided to phase out all products made with prison inmate labor.

“It’s been painful,” said Gayle Butler, Montana Correctional Enterprises administrator. “It was an important inmate training program and work program. It’s also painful because it was a large contract and a revenue–producing contract. It’s been a big hole to fill.”

In mid-March, 700 breeder hens and 70 roosters arrived at the prison. Recently, about 250 chicks have hatched toward a goal of about 5,000 this year.

In part due to the infancy of the program but also because of “biosecurity” protocol training to prevent disease spread, four inmates are operating the rearing facility. At full capacity, Butler says 15 inmates will work at the pheasant farm, and so far interest in raising the birds has been high.

“It’s really helped backfill the loss of the dairy program,” she said. “It keeps inmates trained, educated and working, and even if they don’t plan to raise pheasants when they’re released, those are important job skills.”

FWP management and program supporters have touted the new pheasant program as a mutually beneficial partnership between FWP and the Montana Department of Corrections. The program offers inmates a work program while the supply of pheasants will be stocked ahead of youth hunting seasons — an effort to bolster new hunter interest.

“There’s a whole body of evidence that at that stage of someone’s hunting career, success with a bird in hand or a fish in hand is really important,” FWP chief of staff Quentin Kujala said in a previous interview. “If there’s not some element of success, evidence suggests new (hunting) recruits tend to drift off to other places.”

A number of conservation groups have remained highly critical of the overall decision propelled by HB 637. Criticism includes fiscal, ethical and biological concerns, arguing that given the low survivability of pen-raised pheasants, $1 million would be better spent on habitat for wild birds. Some groups have also questioned fair chase principles in hunting pen-raised versus wild birds.

“Presenting a fabricated put-and-take opportunity teaches to kill, rather than to hunt; it diminishes the experience,” Thomas Baumeister, vice chair of the Montana Chapter of Backcountry Hunters & Anglers, wrote in opposition to the program. “Small, colorless, pen-raised birds without a wild instinct to rely on provide few challenges compared with wild pheasant hunting, and this scenario will fail to help new hunters by presenting them with unrealistic expectations.”

Most recently, conservation groups are also raising concerns about the current outbreak of Highly Pathogenic Avian Influenza, or HPAI. The disease is deadly, and pen-raised pheasant operations in Wyoming and Texas had to euthanize birds in the last few months due to facility outbreaks or nearby infections in wild birds.

Graham Coppes, volunteer conservation leader for the Montana Chapter of Backcountry Hunters & Anglers, recently penned an op-ed in The Montana Standard blasting the program and urging wildlife officials to tap the brakes.

“This viral outbreak comes at the exact time that FWP is proposing to spend up to $1 million each year to pen raise and release domestic pheasants into and amongst our wild birds over the next five years,” he wrote. “Instead of intuitively changing course given this new information, our state's wildlife management agency is about to launch a program to operate a poultry farm.”

Worsech maintains that safety protocols are in place to quickly detect disease. FWP also delayed the commission’s decision until later in the summer, after avian flu has likely reached its peak.

“We’re taking the threat from HPAI very seriously and monitoring the flock closely in partnership with staff at the prison,” he said in a statement. "The safety measures folks are taking to ensure the health of the flock are impressive — on par with any medical facility. They’ve gone above and beyond from a biosecurity standpoint.”

The prison has been certified by the Montana Department of Livestock as a National Poultry Improvement facility. The certification comes with certain “biosecurity” measures, such as testing the birds every three months for avian flu. The birds have previously tested negative for the disease.

The state purchased the breeder pheasants and equipment before the agency completed environmental analysis and the commission's final decision.

FWP spokesman Greg Lemon defended the decision, noting the agency and commission are only analyzing and voting on the release, not the rearing program itself. The MSP program did not require environmental analysis, he said.

“The reality is that for us to raise and release pheasants necessitated us moving quickly, and there were a lot of things moving simultaneously,” he said. “There will still be a (commission) decision, and public review is part of that decision.”

Lemon indicated that FWP has not yet decided on a contingency plan should the commission decline to authorize releases. He believed the state could look at potentially selling the birds, again pointing out that the commission is only deciding on whether to release birds on state land.

“Based on the available record, it is apparent that removal of the numeric nutrient criteria results in criteria that do not contain sufficient parameters or constituents to protect designated uses," the EPA said.

Pneumonia, a disease often deadly for bighorn sheep, has killed nine sheep in the Little Belt Mountains and infected others, wildlife officials say.

The bear has not gotten into any conflicts.

“This program has been a valuable resource for thousands of Montana families in helping to supplement their food budgets," the department director said.

Interest and use of the Smith River has steadily climbed, with both the number of applicants for the permit lottery and the average group size of floating parties reaching records.

Watch Now: Traveling to Canada got a little easier

Watch Now: Traveling to Canada got a little easier 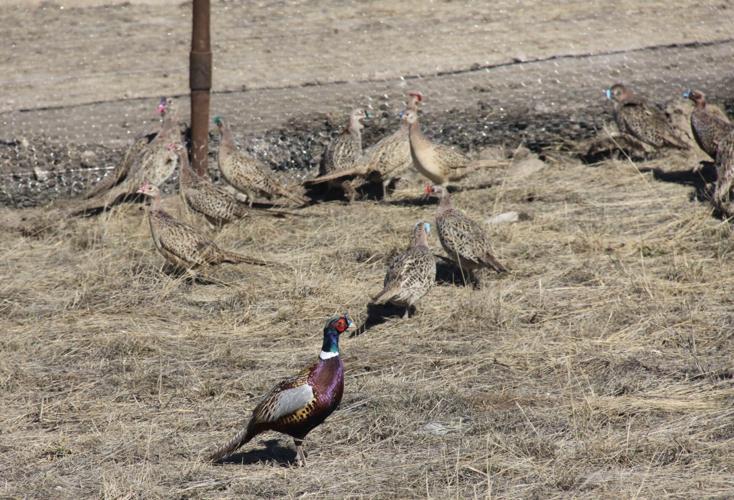 A rooster and hens strut through the breeder pen at Montana State Prison. 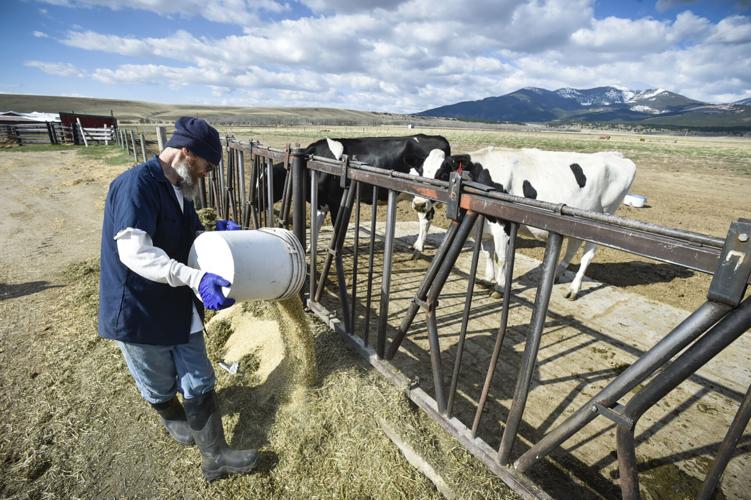 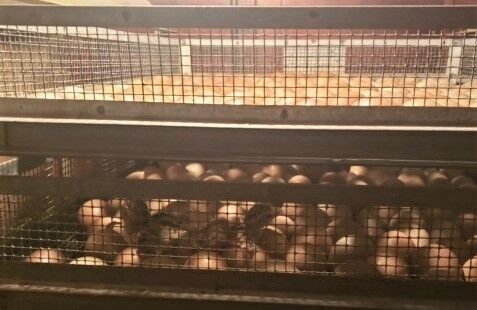 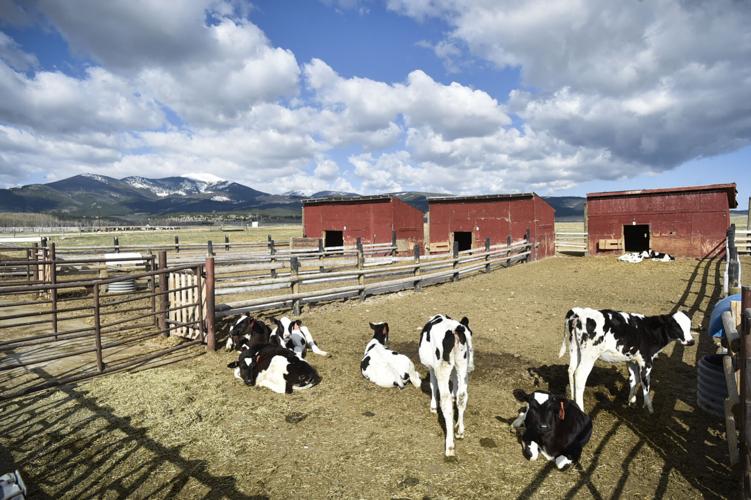 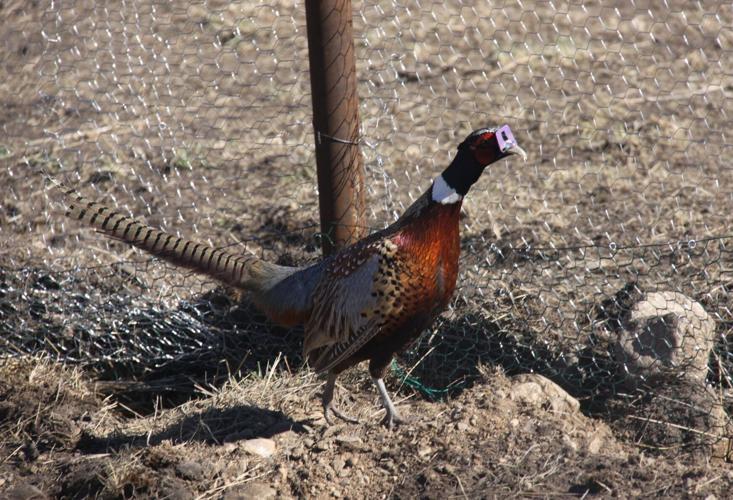 A rooster pheasant walks through a breeder pen at Montana State Prison.