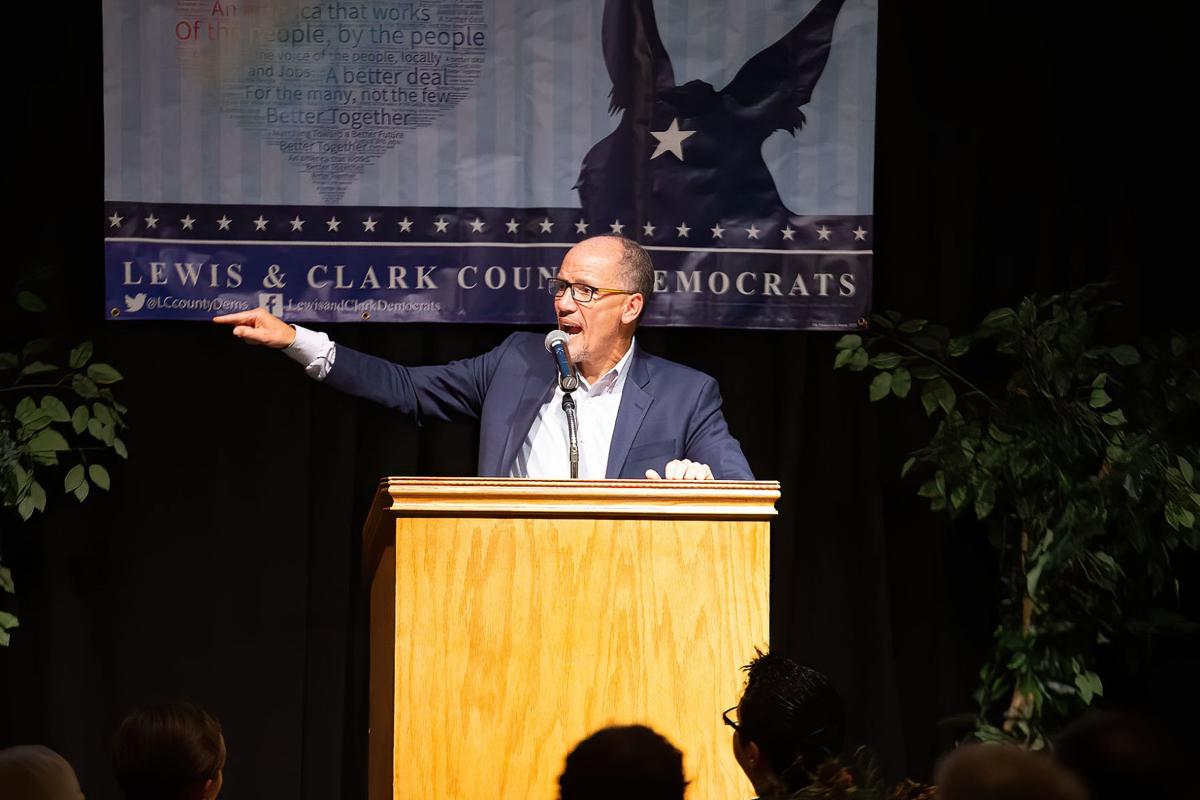 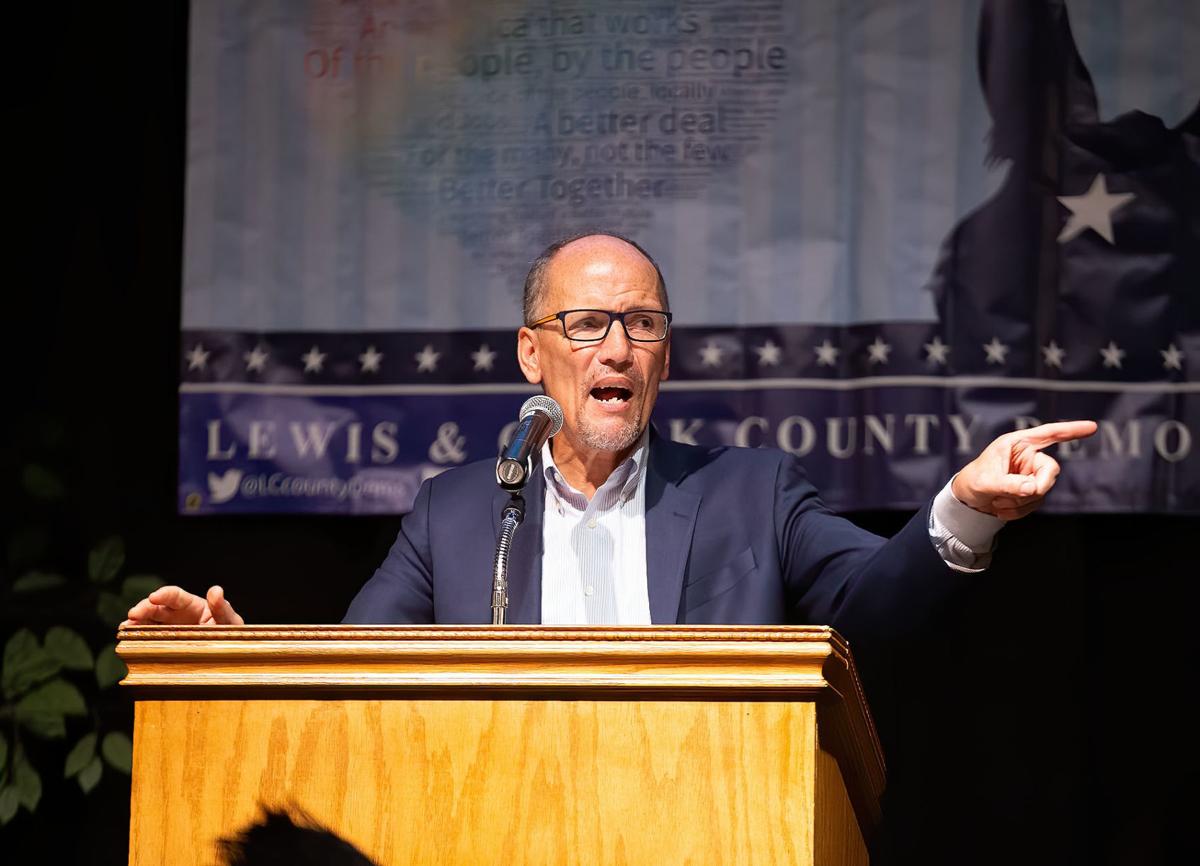 DNC Chairman Tom Perez told Montana Democrats gathered in Helena on Tuesday night the party needs to unite behind its nominee for president. 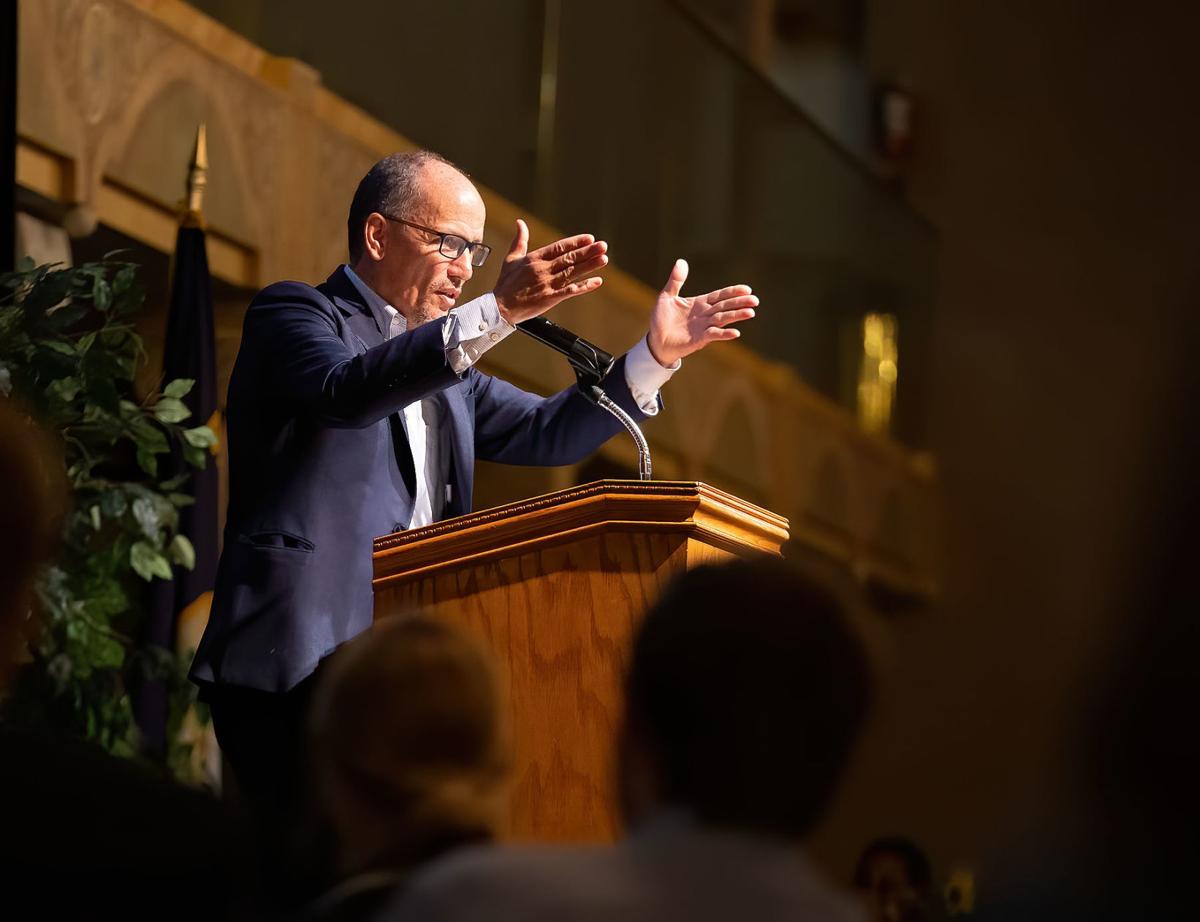 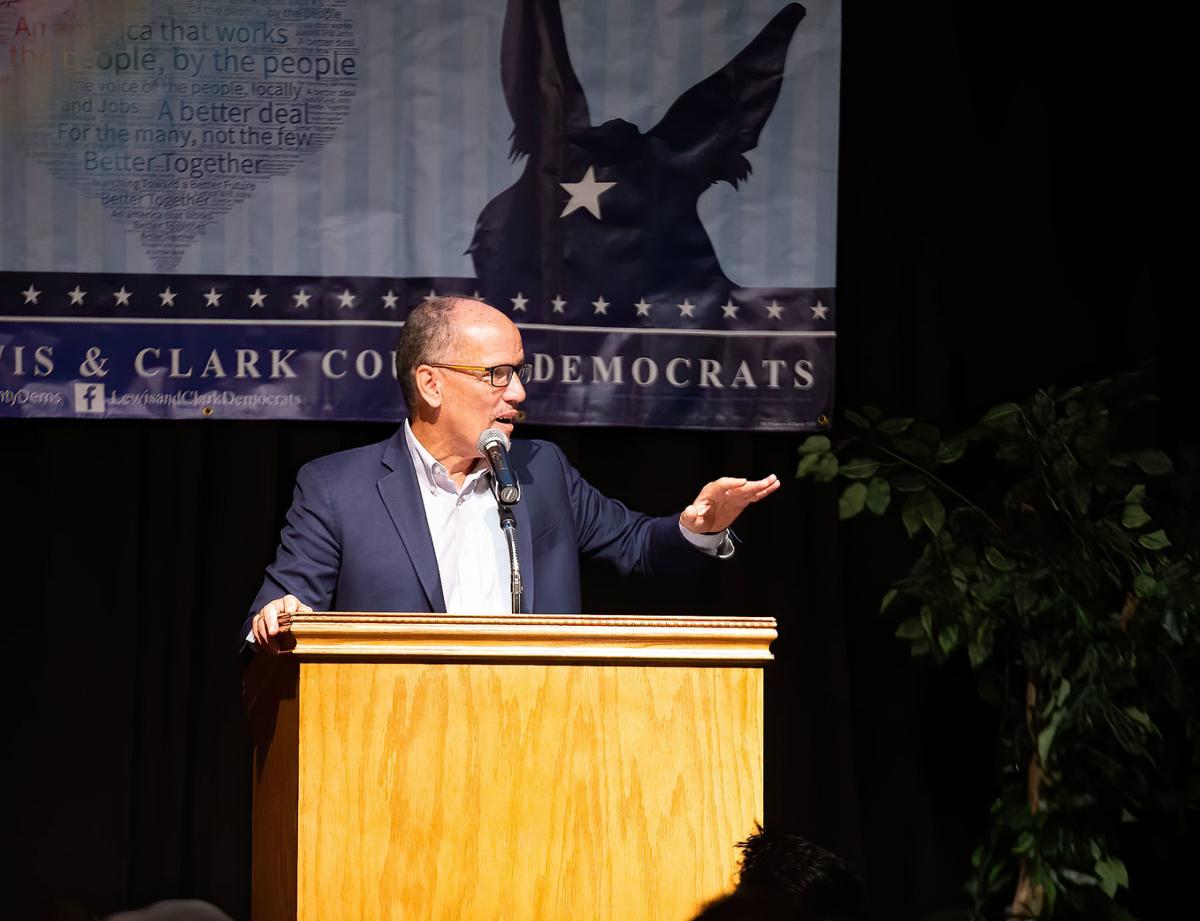 Speaking to a room full of Montana Democrats on Tuesday night, the chairman of the Democratic National Committee vowed his party wouldn’t overlook the same rural places it did in 2016 with painful results.

Tom Perez gave a 40-minute speech at the Lewis and Clark County Democrats’ annual dinner that focused heavily on increasing and protecting access to health care, something Democrats see as a winning issue for party candidates across the country, up and down the ballot.

On Tuesday before the speech, the DNC announced it would fund a rural organizer in Montana ahead of the 2020 elections. It is doing the same in other states with large rural populations around the country, like Wisconsin and Pennsylvania.

“We were a transnational party,” Perez said of the DNC’s role in the 2016 elections, where President Donald Trump beat out Democratic nominee and former Secretary of State Hillary Clinton in a victory that stunned Democrats around the country.

“ … Never again. … We learned our lesson, and frankly we learned it the hard way, and it’ll never happen again,” Perez told the crowd.

Democrats in Montana next year defend possession of the governor’s office, which the party has held for what will be 16 years by the time Gov. Steve Bullock leaves office. Republicans made clear, as far back as the fall of 2018, that one of their main goals in 2020 will be taking back the governorship.

The five statewide elected offices in Montana are on the ballot in 2020, and all but the governor went to Republicans in 2016. Voters will also fill an open U.S. House seat being vacated by Republican U.S. Rep. Greg Gianforte, who is running for governor. Additionally, they'll decide if Republican U.S. Sen. Steve Daines should be reelected or a Democrat or someone from another party should take the office.

Bullock, who is termed out from running again, launched a long-shot bid for his party’s nomination for president in May. He has been critical of the DNC and Perez for their role in setting the criteria for the party’s presidential debates. He's only qualified for and appeared in one so far.

Perez defended the DNC’s role in being gatekeeper, saying Tuesday night the process was transparent and gave all candidates a chance.

“They had four months to meet that criteria. It’s hard to have a criteria less than 1%,” Perez said, referencing the threshold to qualify for the early debates.

While many other Democrats running for office in 2020 were in attendance Tuesday, Bullock was not, having traveled to Bozeman earlier in the afternoon. Perez hadn’t met with Bullock since arriving in Montana, but praised him several times in the speech, especially for overseeing the continuation of Medicaid expansion in Montana during the legislative session earlier this year.

Perez made some of the same points about Medicaid expansion that Bullock did to promote it during the session — that it can benefit small businesses by covering their employees and has kept rural hospitals from closing. He even cited insurance coverage statistics from Teton County, a place Bullock has frequently used in an example in his presidential stump speech to illustrate the importance of Medicaid expansion.

While many in Montana called on Bullock to run for Senate against Daines instead of for president, Perez said he believes whoever comes out of the Democratic Senate primary will have a shot at unseating the incumbent. Bullock has repeatedly ruled out a Senate run.

“I think all the people who are running for Senate are really solid people,” Perez said.

With roughly 20 candidates seeking the Democratic nomination for president, Perez told the crowd Tuesday night it was imperative to get behind whoever emerges from the primary.

“(Only) one will make it to the mountaintop. We need to make sure that everyone who ran and all their supporters are together. … Our diversity is our greatest strength and our unity is our greatest pathway to success. If we want to change America, we must first win.”

Perez also touched on tariffs and trade issues that he said have plagued Montana farmers and criticized acting Bureau of Land Management Director William Perry Pendley for his previously stated support of selling off public lands. He also praised U.S. Sen. Jon Tester for his 2018 reelection and work on veterans and issues related to farmers at several points in the speech.

The Federal Communications Commission could dump rules that keep internet providers from favoring some services over others, but couldn't bar states like California from enacting their own prohibitions, a federal court ruled.

DNC funds rural political organizer in Montana ahead of 2020 elections

Ahead of the party chairman speaking in Helena on Tuesday night, the Democratic National Committee announced it is funding a rural political o…

In releasing his second detailed policy plan in his bid for his party's nomination for president, Montana Gov. Steve Bullock again focused on …

BETWEEN CASCADE AND SIMMS — There's a lot of lore attached to the 3,980 acres below Birdtail Butte.

Montana Gov. Steve Bullock didn't qualify to appear in the fourth Democratic presidential primary debates to be held Oct. 15, according to an …

Nelly Nicol, a Billings resident who works at an insurance company, is running as a Republican for state auditor.

HELENA — Republican U.S. Rep. Greg Gianforte says he raised another $500,000 in his campaign for Montana governor, bringing his total to more …

The Iowa-or-bust approach of Montana Gov. Steve Bullock's presidential campaign appears to be paying off, somewhat.

Montana’s U.S. Rep. Greg Gianforte on Thursday voted against a resolution laying out the rules for the more public phase of the impeachment pr…

Under an agreement reached earlier this year, the presidential campaign of Gov. Steve Bullock has reimbursed the Montana Highway Patrol for at…

DNC Chairman Tom Perez told Montana Democrats gathered in Helena on Tuesday night the party needs to unite behind its nominee for president.