A split Montana Fish and Wildlife Commission adopted several highly contested new wolf hunting and trapping regulations Friday, the culmination of months of debate that has drawn national and even international attention.

The commission voted 3-2 to adopt a motion made by Commissioner Pat Tabor to expand methods of wolf trapping and hunting in the state to meet a legislative mandate to reduce Montana’s wolf population. Tabor was joined by Commissioner Brian Cebull and Chair Lesley Robinson in support, all appointees of Gov. Greg Gianforte. Gianforte appointee Commissioner K.C. Walsh and Steve Bullock appointee Patrick Byorth voted against the measure.

Supporters of reducing the state’s wolf population say the animals have exceeded population goals and had significant impacts on other big game populations particularly in western Montana where the majority of the state’s wolves are located. More tools are needed for hunters and trappers and trapper education will play a key role as snares were legalized to trap wolves in the recent Legislature.

“Snares are being portrayed as something new, something evil,” said Jim Buell with the Montana Trappers Association. “They’ve been used on both public and private ground for a number of years (for other species). Allowing snares used for wolves is nothing new, it’s just one additional tool the trapper can use to harvest these critters.”

The trappers association will begin offering a wolf snaring class as part of its educational offerings, Buell said.

Several opponents of either trapping or killing wolves, who out-numbered proponents, lodged confrontational comments directed at the commission backed by the threat of litigation. Several opponents raised ethical and safety concerns and labeled the regulations a “slaughter,” imploring commissioners to invoke the least aggressive methods proposed.

“This is a declaration of a war on wolves,” said Marc Cooke with Wolves of the Rockies. “Make no mistake about it, it’s going to decimate wolves in Montana.”

Cooke’s lashing concluded with a plea to federal officials to re-list wolves under the Endangered Species Act, saying “You people disgust me,” before walking away from the podium.

Cooke’s group and several others have notified the state of their intent to sue over expanded wolf trapping in Montana, saying it endangers federally protected grizzly bears. Groups have also petitioned the Department of the Interior to re-list wolves administratively.

On Friday, the Biden administration announced it was backing a decision under former President Donald Trump lifting protections across the Great Lakes and northern Rockies. U.S. Fish and Wildlife Service Assistant Director Gary Frazer told the Associated Press that concerns remain about aggressive new wolf management laws in Montana and Idaho as well as hunting in Wisconsin, and the federal government could restore protections if it sees declines putting wolves on a path to extinction.

Tabor said in defense of his motion that mandatory trapper education, education offered in snaring wolves, and concern about inadvertently trapping a federally protected grizzly bear factored into elements of his proposal.

Hunters and trappers killed nearly 330 wolves during the last season, a record, and evidence several commenters said showed current regulations plus the addition of snares would meet legislative mandates.

The regional numbers, which had not been floated publicly until Thursday, were a product of consultation with wildlife managers and an effort to monitor hunting and trapping closely to ensure populations will not “get run on,” Tabor said.

A “non-target” trapping of a single Canada lynx or grizzly bear would similarly trigger a commission meeting to consider in-season adjustments and all non-target captures are required to be reported within 24 hours. Snares set for wolves must be at least 18 inches above the ground and be modified in several ways aimed at avoiding other wildlife or allowing escape should they be caught.

Wolf snaring would be allowed on both public and private lands, the exception being federally designated grizzly bear recovery zones. In those zones, no wolf snares are allowed.

Tabor said the grizzly zone provision was included because trapper education will not be mandated until this spring after the upcoming wolf seasons. That provision could be reconsidered annually by the commission, he said.

“My biggest concern is the grizzly bear element and that’s why I’m proposing staying out of grizzly recovery zones until education can happen,” he said.

The number of wolves hunters and trappers can take increases. Hunters may purchase up to 10 wolf licenses while trappers may take up to 10 wolves.

Special quotas in some hunting districts adjacent to Yellowstone and Glacier National Parks aimed at limiting the take of wolves in those high tourism areas were also eliminated.

The provisions allowing night hunting and baiting drew a back-and-forth exchange between Byorth and Tabor.

Acknowledging that commission’s hands were tied in some ways due to the new laws, Byorth said he believed the practices to be unethical, and the commission was “selling our souls” by passing regulations outside of the principles of fair chase.

Tabor took exception to the comments, saying ethics and morals are personal and that wolves being apex predators are extremely difficult to hunt. The methods improved those odds, he said.

Byorth stated the criticism was specific to the methods rather than Tabor personally.

Walsh, in voting against the proposal, also said he had ethical concerns with baiting and night hunting.

About 1,000 comments could be identified as submitted from Montana, and those were about evenly split between support and opposition to killing wolves or the proposed methods.

Montana’s first traditional muzzleloader season has been set for nine days this December.

The new stocking program is not an effort to increase wild bird populations, but purely to bolster numbers on wildlife management areas for the youth and subsequent general pheasant seasons. 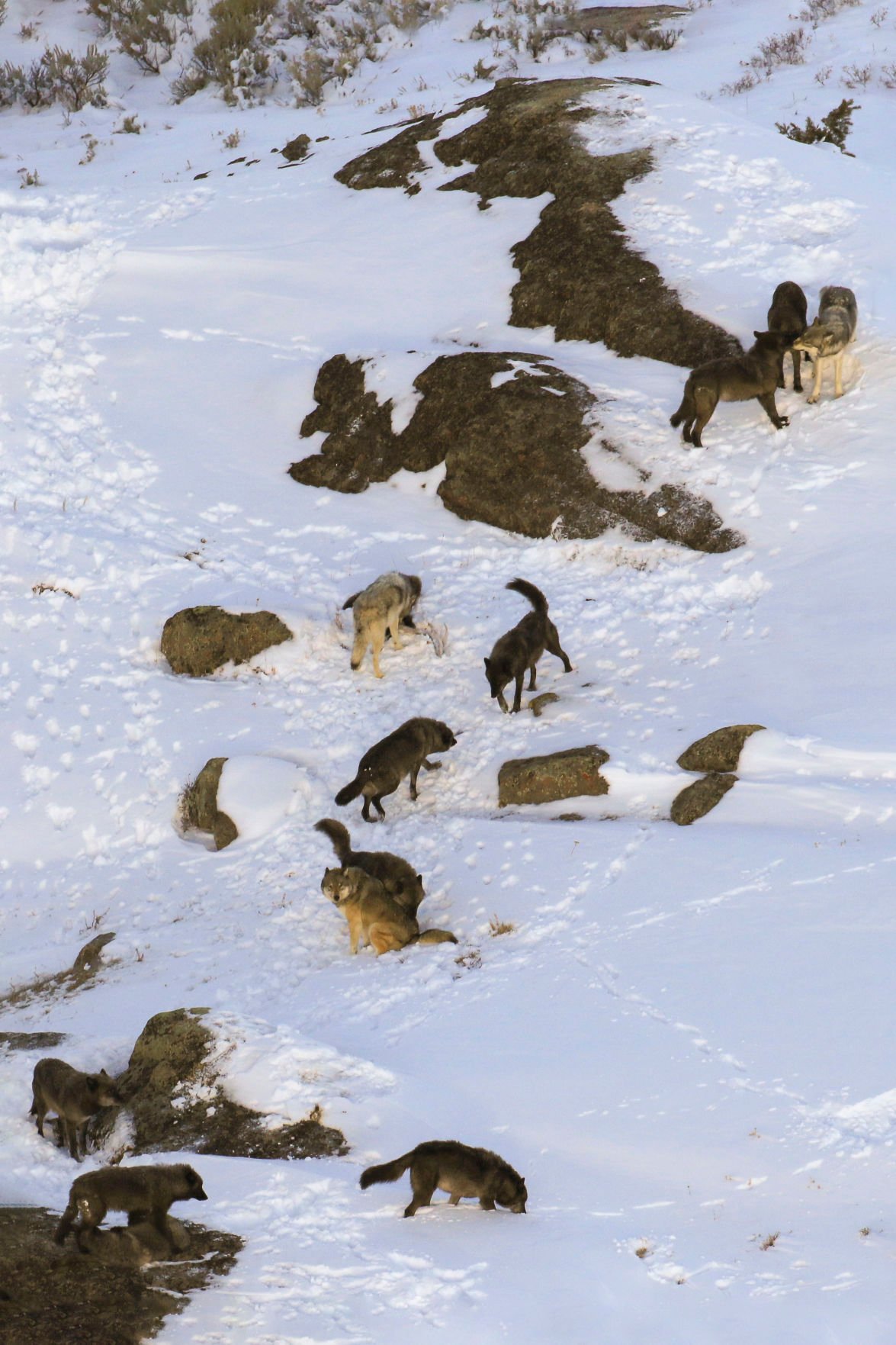