Despite a longer season and new methods of take, hunters and trappers in Montana this season killed the fewest number of wolves in the last four years.

The dip comes despite new laws and regulations aimed at increasing the take of wolves by hunters and trappers. Wildlife officials and trapping and hunting groups believed weather conditions and a later start to the season played a role in the numbers while a wildlife advocacy group said an incorrect and inflated count of wolves in the state was to blame.

Following a brief return to federal management after a limited wolf season in 2009, wolves were delisted by Congress in 2011 and have remained under state management since. Montana’s hunting and trapping regulations varied in the following years, but from the 2012-2013 season to the 2016-2017 season, annual take varied between 206 to 247 wolves. In the 2017-2018 season the number topped 250 for the first time, reaching 254 wolves checked by FWP.

The measures have been controversial, particularly with a surge in wolves killed near the border of Yellowstone National Park after the commission eliminated low quotas in the area.

Southwest Montana’s Region 3, which includes the districts bordering Yellowstone, was the only region to meet its quota. The commission ordered the season closed once 82 wolves were killed. A total of 85 wolves were checked in with the additional three coming during a grace period after the closure was announced.

But in northwest Montana’s Region 1, which holds the state’s highest wolf population, hunters and trappers only checked 101 wolves compared to a quota of 195. That’s also below last year’s take of 127 wolves. The story was the same in west-central Montana’s Region 2, where 67 wolves were killed under a quota of 116. In other districts which have lower quotas, hunters and trappers also checked in numbers well below the commission thresholds for review.

Dillon Tabish, FWP’s spokesman for Region 1, said trapping wolves is both challenging and time-consuming. This year was marked by a large snowfall near the beginning of the trapping season followed by a major cold snap in northwest Montana.

“What I’m hearing from trappers … is this year, the conditions were really difficult,” he said. “That creates a kind of barrier, that it’s just tougher to get out there, and you’re talking about (snowmobiles) to get around. The last few years of record harvest we’ve seen conditions that were pretty favorable.”

A freeze-and-thaw cycle for much of the remainder of the season made operating traps challenging, Tabish said, and reports also seemed to indicate conditions pushed wolves into different areas than recent years.

Historic data suggests trappers see their most success early in the season, he said. In past years wolf trapping opened Dec. 15. This season the commission adopted a floating start date aimed at avoiding federally protected grizzly bears, and it was Dec. 21 before trappers could begin targeting wolves, meaning less time in the early season. The commission extended the tail end of the season until March 15 as opposed to its previous closure on Feb. 28.

Reports from members of the Montana Trappers Association also suggested wolves were not where trappers found them in previous years, said Jim Buell, president of the association.

“I had heard there wasn’t the wolf activity in the normal areas, some of the good ground they’d covered in past years,” he said.

Buell relayed one trapper in the Bitterroot Valley had reported wolves moving onto private land that does not allow access.

“That just kind of tells me these wolves are smart, that they’ll move into areas they are protected and that may harbor more game which the wolves feed on,” he said.

Jeff Darrah, with the group Montana Sportsmen for Fish and Wildlife which has advocated for predator control in managing wildlife populations, heard similar reports of the later season opening and conditions presenting some challenges.

Whether the lower numbers this season could also be an indication of a population trend is a fair question, Tabish said, but he noted FWP’s annual population estimate will not be compiled and released until this summer. That estimate pegged populations at about 1,200 animals last year, a statewide number officials say has been relatively stable.

“It’s fair I think to ask if there are potentially fewer wolves with the record harvest the last few years, but we really won’t know if there’s any validity to that until we get the latest population report,” he said.

Marc Cooke, with the group Wolves of the Rockies, is advocating for a return to federal protections for wolves. His group and others cite new laws and rules in Montana and Idaho as reasons for the federal government to step in, accusing officials, outfitters and livestock producers of favoring a policy of extermination.

The U.S. Fish and Wildlife Service announced a year-long review of gray wolves in the Northern Rockies in response to petitions from wildlife advocacy groups that have raised concerns over wolf management under the states.

Cooke's group and others had raised concerns that the new laws and rules could significantly increase the number of wolves killed. They have grappled with questions about the lower take of wolves in Montana, he said, and believes it is a product of fewer wolves coupled with a flawed counting method, rather than conditions or wolves learning to avoid trappers and hunters.

Buell, with the trappers association, believes based on state data that wolf numbers are not down but increasing. He encouraged looking at FWP’s annual population estimate for the best information on numbers and trends.

Following delisting, FWP surveyed wolves from the air to estimate populations and submitted reports to federal authorities. Chief of staff Quentin Kujala described a tipping point as wolf populations grew past the ability of a finite number of staff to accurately count them from the air, and officials began to look to statistical methods of estimating populations. In 2016 the department introduced patch occupancy modeling as the technique moving forward.

The first iteration of the model used annual telephone surveys of deer and elk hunters with questions about wolf sightings, Kujala said. The agency is able to evaluate the number of reports, for example discounting a single report versus multiple reports in an area. The model estimated populations 25-35% higher than concurrent aerial counts — an indication officials said at the time that aerial counts were getting “farther and farther away” in terms of accuracy.

The model has continued to change over the years. FWP now calls it integrated patch occupancy modeling, or IPOM. The model uses the previous occupancy component integrated with information about average pack sizes and ranges.

Cooke characterized patch occupancy modeling as unvetted, calling it a “half-baked algorithm” used to justify killing more wolves. He believes changes to the model are an indication of its unreliability.

“It’s not vetted, it’s not peer-reviewed, and it’s not accurate and the amount of wolves killed this year confirms that,” he said, saying he has little faith in FWP officials.

On the question of peer review, Cooke clarified that parts of patch occupancy modeling have been peer reviewed but that its current combination has not seen that level of scientific rigor.

FWP said that the individual components of IPOM — the occupancy, pack size and territory size — have been peer-reviewed. The integration is being reviewed and has been submitted for publication, according to FWP statistician Kevin Podruzny.

Kujala defended the use of modeling, saying it is an accepted method not just for wolves but for other species as well. Adding additional “wolf-centric” components to the model simply enhances the data produced, he said.

“The concept of integrated population modeling with a thoughtful sampling method can easily be put in an accepted contemporary model,” he said, describing the conclusion, in this case a statewide population estimate, as a sum of those parts.

This story has been changed to reflect the final numbers from FWP.

Lewistown city employee Nick Nowak was out checking roads for plowing Wednesday morning when he saw a small dark animal out in a field.

The lawsuit deals with equipment for night hunting and the omission of language prohibiting use of aircraft.

The Smith River is Montana’s only river requiring a permit to float.

The board is made up of five citizens appointed by the governor and sets policies for state parks.

Wolves of the Rockies filed the lawsuit against Fish, Wildlife & Parks last week in Lewis and Clark County District Court.

“We want people to come, we want to share what we do with them because it’s so important to the wildlife in our state and the wildlife everywhere," Matson's owner Carolyn Nistler said.

Watch Now: Disney caught in the middle of political firestorm over Florida law 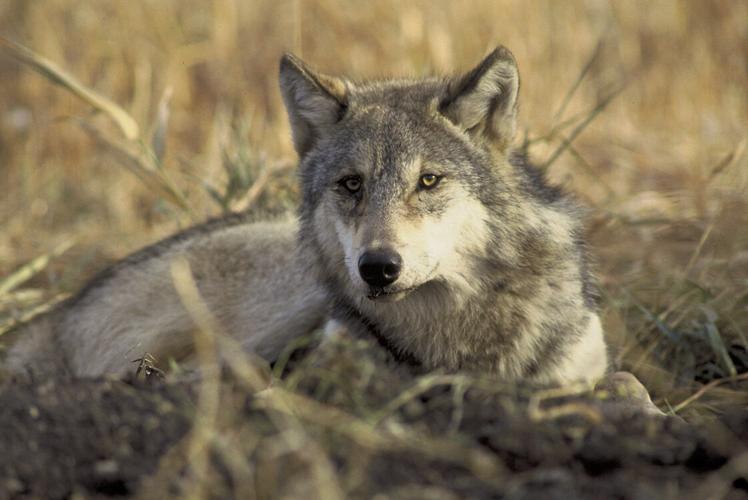 A gray wolf is seen in this file photo.