With the backdrop of widespread drought that dwindled streams and rivers, parched soil and drove wildfires across Montana this summer, the state announced Wednesday it will update its drought management plan.

The Montana Drought Management Plan has not been updated since 1995. A mix of state and federal dollars will fund the Montana Department of Natural Resources and Conservation’s update, expected to take two years. The plan will drive strategies for monitoring, adapting and responding to future drought in the state.

“The last time the state approved a drought plan was in 1995, so obviously this update is needed, but I think the drought conditions from this year really underscore and make it all the more critical that we put planning at all levels, so local, regional and statewide, really put it at the front of people’s minds,” Valerie Kurth, DNRC water resources planner, told the governor’s drought and water supply advisory committee on Wednesday.

Goals of the plan include formalizing the state’s monitoring program and examining current drought related processes. The plan will ultimately offer recommendations for the state moving forward, she said.

Kurth noted that understanding past and present data and future trends will be important, particularly with “uncertainty related to climate conditions” in assessing where the state is vulnerable and identifying potential strategies.

“As we all know drought permeates all aspects of our lives,” Kurth told the committee. “There’s numerous direct and indirect effects of drought. It affects our economy, our environment, our health, all different things and at all different scales. So it’s really critical we think proactively about implementing policies and programs that can help reduce or mitigate the impacts of these future droughts, and what I’m effectively talking about is building statewide drought resilience through this planning effort.”

Officials hope that the state’s update of its drought management plan will catalyze local planning efforts as well, and the planning effort includes public involvement and input.

Gov. Greg Gianforte touted the importance of the plan in a statement announcing the update Wednesday.

“With every region of Montana facing severe to extreme drought conditions, this is the time to plan for the future and increase our preparedness statewide,” he said. “Drought is having an impact on everyone – from anglers to foresters to agricultural producers.”

Drought across Montana and the West defined much of the summer with continued impacts expected into the fall. A number of streams and rivers recorded record low flows, fishing restrictions went into place on many waterways, and wildfire smoke filled the sky. Meanwhile, agriculture saw heavy impacts in terms of crop productivity and livestock feed.

The state’s climate assessment predicts water resources will continue to see more strain in the future.

DNRC plans to launch a new website as it progresses on the planning effort with a draft plan expected to go out to the public by 2023. The update is expected to cost about $400,000 split evenly between state and federal funding.

As FWP regulates hunting in the state, any changes will be immediately incorporated into the hunt planner providing the most current information.

The sale of big game licenses to outfitted nonresident under House Bill 637 equates to $1.6 million.

A black and white border collie mix named Mae tells the world of the impending visitors’ arrival at Patrol Mountain Lookout. The only one there to hear is Samsara Duffey.

Montana could reduce its total number of deer and elk hunting districts by nearly 28% and make significant changes to licenses and permits under an early proposal from Montana Fish, Wildlife & Parks.

In the coming months, the commission is expected to take up major changes to elk and deer regulations. 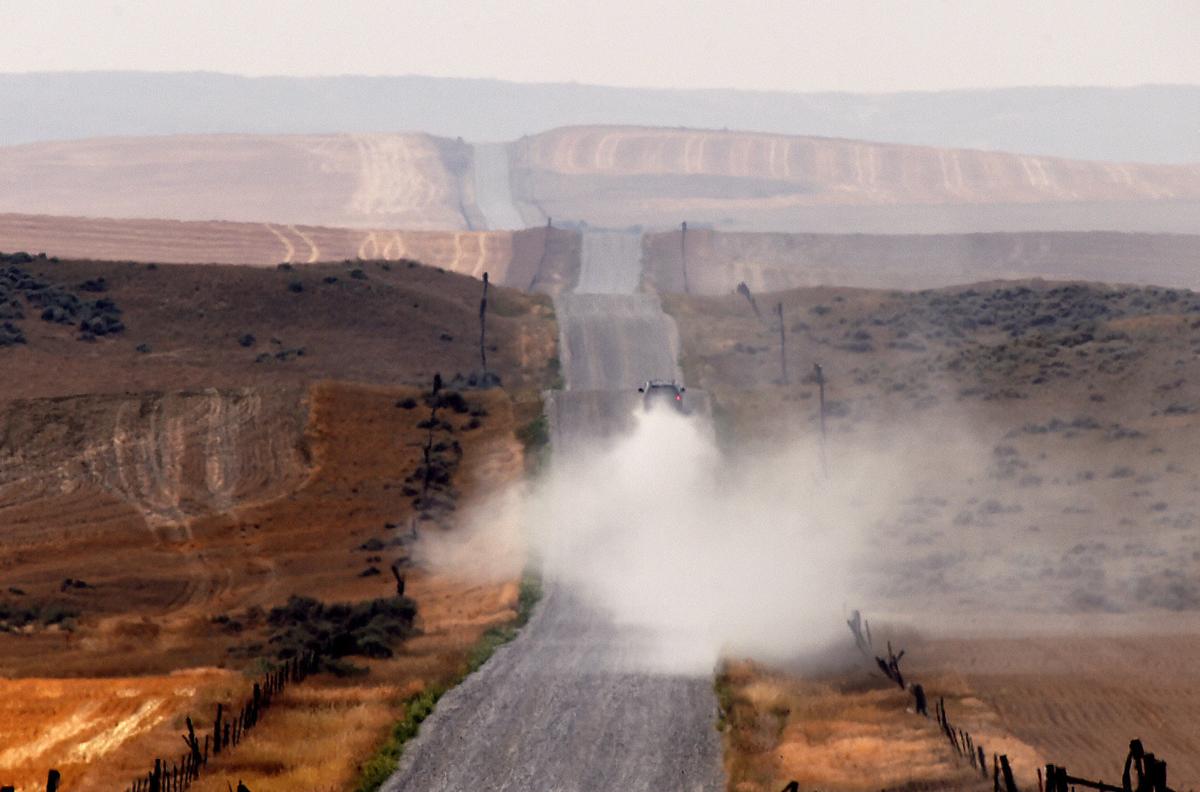 A car raises dust on Shepherd-Acton Road as record heat and drought settled in Montana this summer.