Senate President Pro Tempore Jason Ellsworth, a Hamilton Republican, invoked the state attorney general in order to be let go from a traffic stop in May that resulted in several misdemeanor citations, according to court documents.

The Montana Free Press first reported Tuesday on the court filings in Broadwater County Justice Court by County Attorney Cory Swanson against the No. 2 Republican in the Senate.

The charges in the complaint filed against Ellsworth include exceeding the posted speed limit in a construction zone and an alternative charge of reckless driving on May 23. The May 26 court filing alleges Ellsworth was driving 88 mph in a 55-mph construction zone; workers were not present at the time, filings state.

Ellsworth is additionally charged with obstructing a peace officer for allegedly refusing to comply with repeated orders of the highway patrol trooper.

According to the criminal complaint, Ellsworth was pulled over at 10:20 p.m. in a construction zone between Helena and Townsend. He told the trooper he was coming from Bozeman and headed to a legislative session the following morning, even showing his legislative identification card to the trooper.

The Montana Constitution and state law exempts lawmakers from an arrest in any case except for a felony while going to and returning from the state legislative sessions. Montana's 2021 legislative session had concluded roughly a month earlier, although Ellsworth attended a Legislative Council meeting at the state capitol the day after his traffic stop.

According to court documents, the trooper was unsure of the arrest exemption as it applied to Ellsworth the night of his traffic stop, so she was printing out a warning for speeding when she saw Ellsworth get out of his vehicle. The trooper told Ellsworth twice he needed to go back to his car.

"You need to release me," Ellsworth said, according to charging documents.

After some additional back-and-forth in which the trooper told Ellsworth no fewer than four times to return to his vehicle, Ellsworth said, "If you want me to call the Attorney General —"

"Go ahead and call him," the trooper said, according to a transcript of the conversation in the charging document. "Back to your car now."

"I would be happy to," Ellsworth volleyed. "I suggest you call your boss."

"Go back to your car now," the trooper said, for the eighth time during the exchange.

Ellsworth declined to comment directly when reached by text on Tuesday.

A spokesperson for the Senate Republicans said in an emailed statement Tuesday that Ellsworth tried to apologize for his unprofessional conduct the day after the incident.

"Senator Ellsworth was traveling to Helena after a long day dealing with a family medical issue. He was in a hurry to get to town and get some rest before running errands and participating in legislative business the next day," the spokesperson said. "Senator Ellsworth respects and appreciates that the trooper and the county attorney are public servants who are doing their jobs with this traffic citation. Ellsworth attempted to call the trooper the day after he was pulled over to apologize if he came across as unprofessional, which was not his intent."

"The trooper's handling of the situation is a testament to the professionalism of the Montana Highway Patrol," Knudsen said.

The criminal investigation further uncovered a Jan. 25, 2021 traffic stop in which Ellsworth had been stopped on an interstate near Helena and showed his legislative identification to another trooper, this time stating he was late to a meeting with the governor. The trooper released Ellsworth without issuing a ticket, the complaint states.

Ellsworth's spokesperson said Tuesday the senator was not trying to avoid a ticket during the May traffic stop but simply to be released from the traffic stop so he could get some sleep before a legislative meeting the following morning.

"He looks forward to resolving the matter and continuing to serve his constituents," the spokesperson said.

Ellsworth was elected to the state Senate in 2018 and had risen to a high-ranking member of the GOP legislative caucus by his second session earlier this year. He is the owner of Bitterroot Gun Garage in Hamilton and finance chair of the Ravalli County Republican Central Committee.

He is scheduled to appear on the charges Aug. 2.

This story has been updated to note that court documents do not say Ellsworth attempted to avoid a ticket.

The changes largely issue timeframes in which healthcare facilities, law enforcement and crime laboratories are required to update a sexual assault kit's status in the state's tracking system.

The lawsuit claims SB 280 violates equal protection and privacy laws in the Montana Constitution and creates a state interference with an individuals medical decisions.

Glacier County officials say cuts to services may be looming if state does not release funds.

Sen. Jason Ellsworth will receive a one-year deferred sentence for the charge, meaning it will be wiped from his record if he remains law-abiding for the next year. He was also ordered to pay a $350 fine and an $85 surcharge. 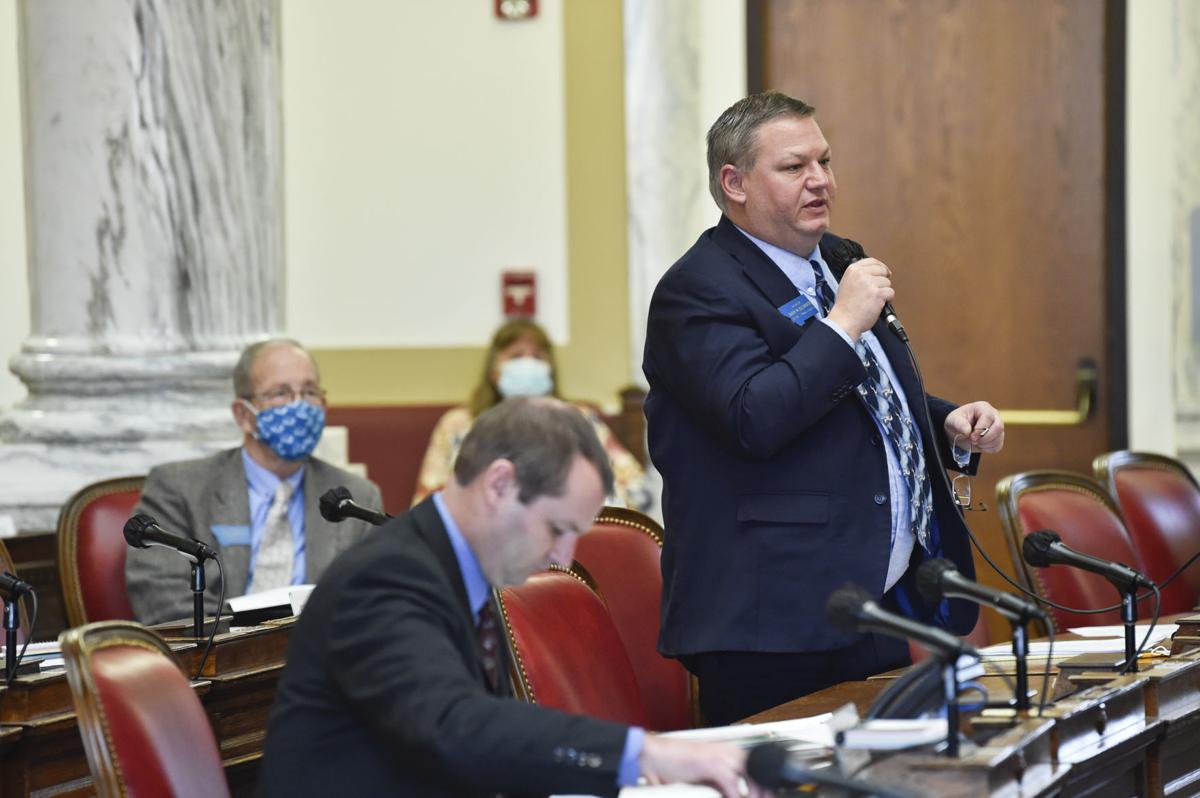 Sen. Jason Ellsworth, R-Hamilton, speaks during a meeting of the Joint Rules Committee on Monday, December 7, 2020 on the house floor of the Montana State Capitol. 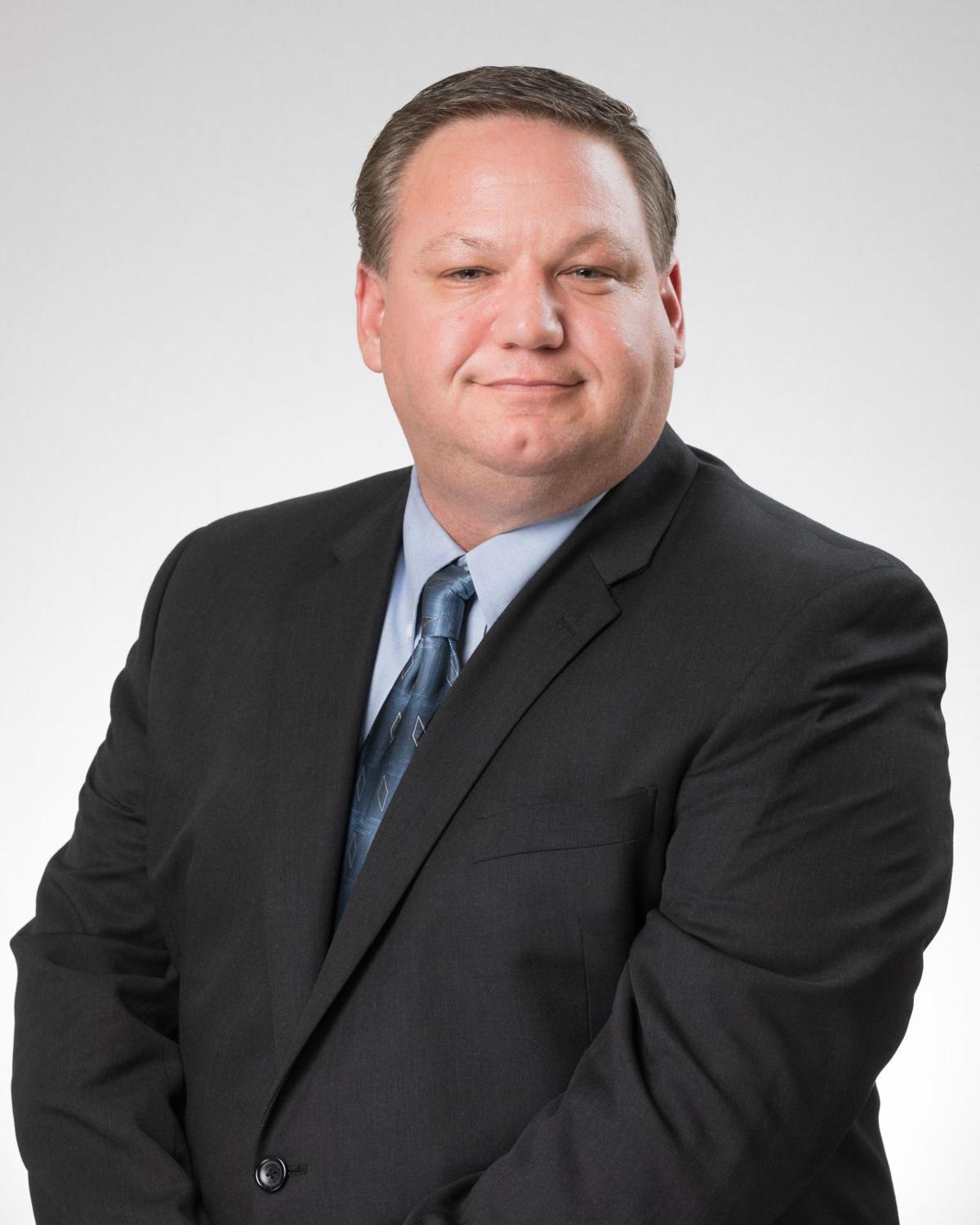