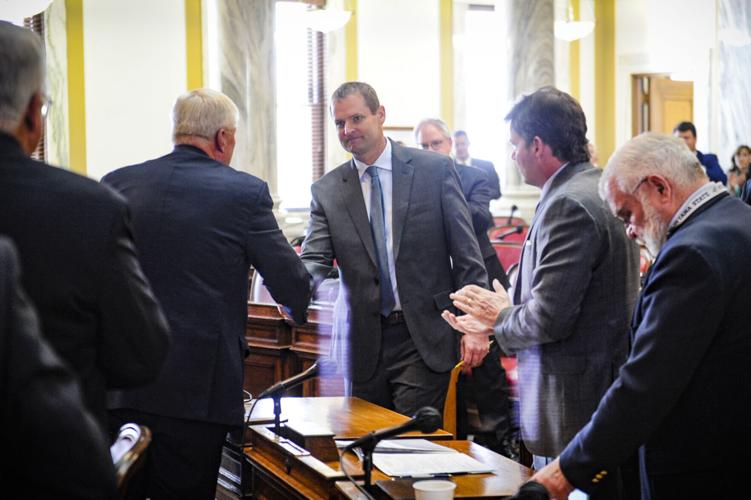 Rep. Matt Regier, R-Kalispell, shakes hands of fellow representatives after being elected speaker of the House on Nov. 16, 2022, at the Montana state Capitol. 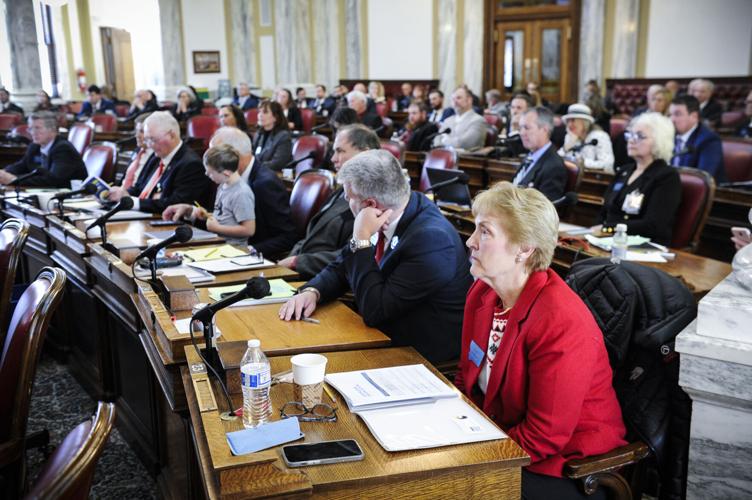 House Republicans caucus on the House floor of the Montana State Capitol on Wednesday, Nov. 16, 2022.

The newly elected Montana Legislature on Wednesday voted in leadership for the upcoming session that starts Jan. 2.

This year will be the first time a party — Republicans in this case— hold a supermajority in the modern configuration of the Legislature. Republicans won 68 seats in the House of Representatives and 34 seats in the state Senate in the Nov. 8 election.

Ellsworth and Sen. Keith Regier of Kalispell were both nominated for Senate president.

In his speech, Ellsworth touted his experience as senate pro tempore during the last session.

"My philosophy is the same as it was last session, which is, we all have the same agenda, pass good legislation, work together, have a united caucus," he said.

Ellsworth also raised the prospect of the GOP using its supermajority to pass constitutional referendums that would then appear on the 2024 ballot. The supermajority allows Republicans to pass referendums without Democratic votes.

"Now we’re going to have an opportunity next session, because we’re going to have a supermajority, to potentially pass constitutional initiatives and give those votes to the people and what they deserve," he said. "That’s a real opportunity that has never happened before. I want to make sure we’re responsible with that opportunity, we handle it the way people want to see it, and we pass and potentially put things on the ballot that people want to see."

Sen. Keith Regier cautioned against the Legislature ceding too much power to executive branch agencies, which are under Republican Gov. Greg Gianforte, while noting that the design of the body is to send everyday Montanans to Helena.

"There are basically two reasons I want to be your president," he said. "One, your legislation, that will be a priority for me. Two, strengthen the legislative branch."

In his speech, Matt Regier pitched himself as the candidate best able to unite a caucus that has fractured along ideological lines in past sessions.

“My promise to you as speaker is that everybody has a voice,” he said. “One legislator should not be allowed to be louder than the next. We all get to be heard.”

“The people in this room agree far, far more than we disagree,” he said. “… But at the end of the day we must all commit to coming together to further conservative policies in the state of Montana, for the people of Montana.”

In an interview after the vote, Regier said he felt that improving lines of communication would go a long ways toward uniting his caucus.

His predecessor, outgoing Rep. Wylie Galt, was seen as attempting to bridge the divide by appointing committee chairs that represented both the more moderate, “Solutions Caucus” members and the caucus’s hard-line conservatives. Regier declined to say whether he would adopt that approach.

“I’m going to look at who’s best for what job,” he said. “We’ll have differences, and depending on the issue, but … I don’t believe in sides within the Republican caucus.”

One of the most influential members of the so-called “Solutions Caucus” within the House Republicans is Conrad Rep. Llew Jones. Speaking after the vote, he said that while the Speaker position went to the more hard-line nominee this time, he believes his bloc of Republican lawmakers can still wield enough votes to maintain its leverage.

“While we’ll never know, as a person that counts votes, I always knew it was going to be plus or minus two votes,” Jones said, referring to the caucus’s policy of not publicly disclosing the vote tallies. “But now the dance is now to be danced. It will be a function of how well the blocs come together again.”

Flowers said he was committed to his fellow Senate Democrats, who some later referred to as “The Sweet 16,” as there are 34 Republicans in the 50-member Senate.

He said he was willing to be minority leader as a service to the caucus and the state of Montana and was not aspiring to higher office.

“For all those reasons they are counting on us to deliver solutions so they can continue to live in Montana, raise a family in Montana and enjoy all the amenities that brought them here in the first place,” Flowers said.

In her speech before being elected, Abbott said that while in the minority, Democrats represent more than 300,000 Montanans in their districts and others in areas where Republicans took legislative seats.

State Rep. Marilyn Marler, of Missoula, ran against Abbott in the House Democrats’ leadership election. In her speech, she said Democrats needed to be more vocal in a session where the party won't “be in a position to broker a lot of deals.”

“Last session our caucus had a strong focus on staying quiet, and people noticed our silence across the state,” Marler said. “I want to reiterate that our communities sent us here to stand up for our shared values.”

In the Senate, Sen. Susan Webber, of Browning, and Sen. Shannon O'Brien, of Missoula, were elected senate minority whips.

In the House, Rep. Derek Harvey, of Butte, was elected to a second term as whip, along with Rep. Tyson Running Wolf, of Browning; and Rep. Katie Sullivan, of Missoula. Rep. Alice Buckley, of Bozeman, will be Democratic caucus chair.

FWP will no longer seek blanket approval for the program, instead bringing leases to the Montana Fish and Wildlife Commission for approval.

Only about a dozen states have solicitor generals.

After leaving elected office, the 55-year-old formed a band called Corey Stapleton and The Pretty Pirates.

Despite a change in House Republican leadership that reflects the right wing of the caucus, committee chair assignments for the upcoming sessi…

Montana Secretary of State Christi Jacobsen is appealing all four election-related laws that were struck down by a state district judge this year.

A legislative panel vetting candidates for the Montana Commissioner of Political Practices announced Friday it is seeking applicants.

The board has not set a timeline for naming a permanent president and CEO but has begun the recruitment process.

Some families will see their monthly co-pays go from $10 a month to several hundred dollars, providers said.

DR Congo: Pope Francis calls on fighters to lay down their arms

British workers unite in largest strike in a generation

British workers unite in largest strike in a generation

Rep. Matt Regier, R-Kalispell, shakes hands of fellow representatives after being elected speaker of the House on Nov. 16, 2022, at the Montana state Capitol. 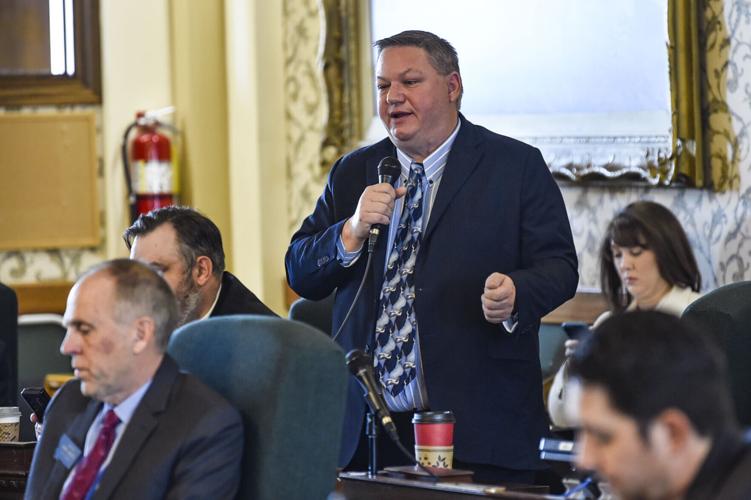 Sen. Jason Ellsworth, R-Hamilton, speaks to the Republican Senate caucus after being elected Senate president on Wednesday at the Montana State Capitol. 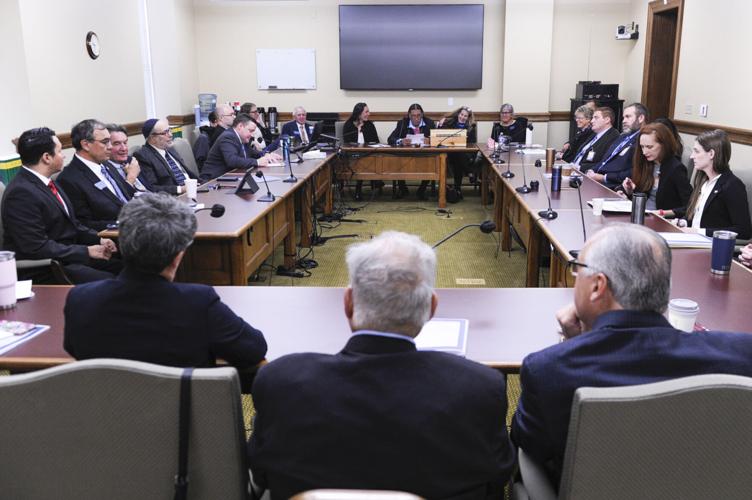 House Republicans caucus on the House floor of the Montana State Capitol on Wednesday, Nov. 16, 2022. 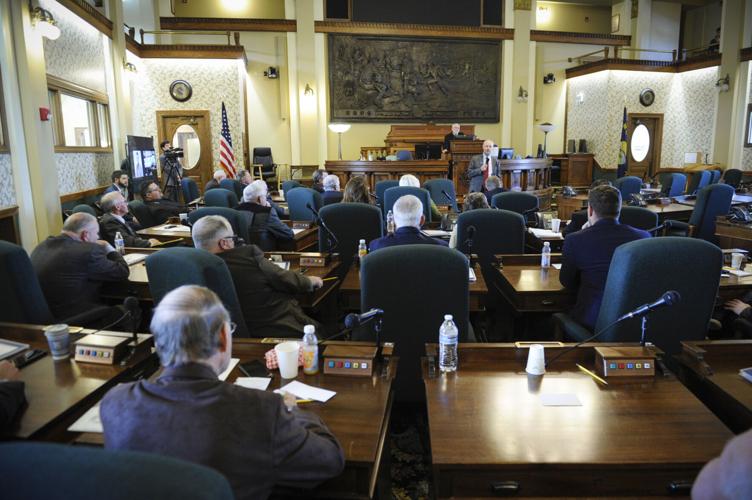 Senate Republicans caucus on the Senate floor of the Montana State Capitol on Wednesday, Nov. 16, 2022. 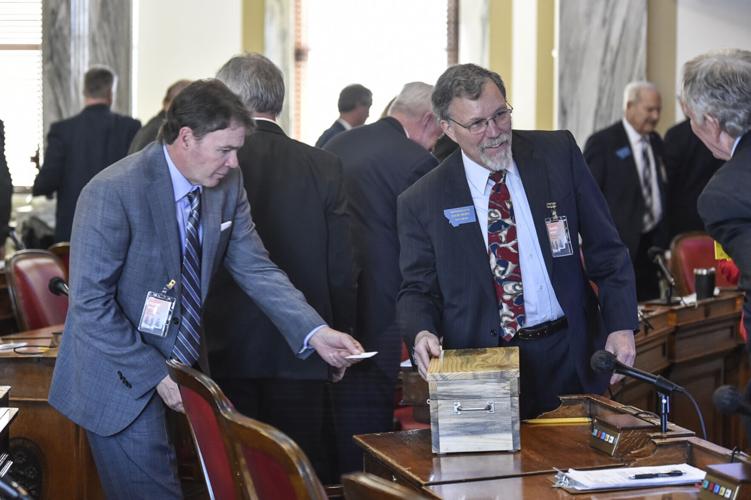 House Republicans vote for leadership on Wednesday, Nov. 16, 2022, at the Montana State Capitol. 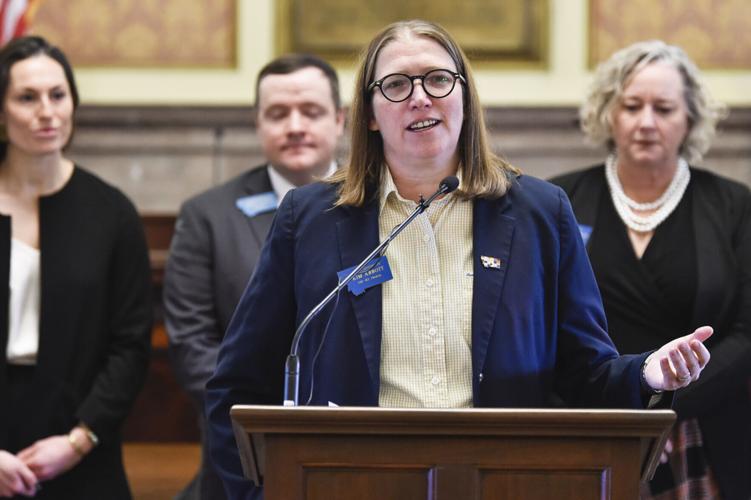 Rep. Kim Abbott, D-Helena, speaks at a press conference in the Montana State Capitol on Nov. 16, 2022. Abbott was elected as House minority leader by the House Democrats. 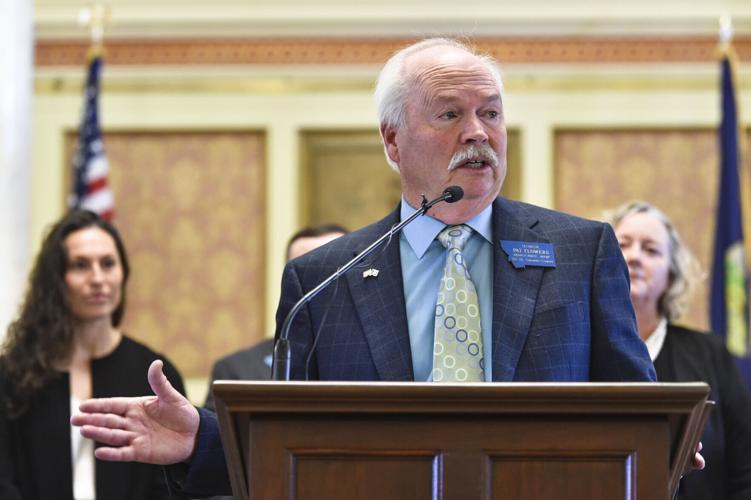 Sen. Pat Flowers, D-Belgrade, speaks at a press conference in the Montana state Capitol on Nov. 16, 2022. Flowers was elected Senate minority leader by the Senate Democrats.