By a broad, bipartisan margin, the Montana House on Tuesday passed a bill outlining spending for about $2 billion of the funding the state expects to get from the federal COVID stimulus bill.

House Bill 632, nicknamed “the beast” in reference to its mammoth scope and price tag, passed second reading on an 86-14 vote, with minimal changes to the form that passed a committee a day earlier. It needs a final vote in the House before moving to the Senate, where bill sponsor Rep. Frank Garner, R-Kalispell, has said further changes are likely.

“Right now out there in Montana there are existing needs, this is going to give us the opportunity to meet them, but this is also going to give us the opportunity to build bridges to the future,” said Garner, who noted the massive spending bill was on the House floor less than three weeks after the federal American Rescue Plan Act (ARPA) was signed into law.

The state is slated to receive $2.7 billion through ARPA passed by Congress this month. Outside of infrastructure spending, the state must spend that money on projects or programs related to pandemic recovery.

Republicans on Tuesday successfully beat back attempts by Democrats to remove language penalizing local governments who enacted stricter health rules than the state’s in response to the pandemic, along with an amendment that would have directed $1,000 relief payments to essential workers making less than $30,000 per year.

Rep. Mary Caferro, a Helena Democrat who is also vice-chair of the House Appropriations Committee, framed the latter proposal as a “one-time bonus of appreciation” for workers, to accompany millions of dollars in relief grants the bill offers to businesses and local governments.

“This amendment supports the other side of the equation – the workers, the working class of Montana,” Caferro said. “… These are employees who performed essential work that kept Montana and Montana businesses operational and protected the health and well-being of our residents.”

For the most part, Republicans argued that the $200 million that Caferro’s amendment called for making available to those workers would be better spent on longer-term investments in the state.

“I’m talking about the next five, 10, 20 years and what we can do for these families,” Garner said.

The amendment failed 34-66, with Democrats joined by one Republican defector, Rep. Neil Durham, who called the proposal a “shot in the arm” for workers.

Democrats objected that the gas-tax formula to pay for roads is inappropriate for water and sewer projects, with Rep. Jim Hamilton, D-Bozeman, suggesting that population growth would be a better measure of local need.

Rep. Llew Jones, R-Conrad, however, noted that ARPA already will send population-based payments totaling $339 million directly to cities and towns, and that the $150 million pot of money was intended to offset that by giving more relief to rural areas.

Perhaps the main sticking point for Democrats in HB 632 is language that would penalize local governments receiving grants through the bill if they enacted mask mandates or other health responses to the pandemic that are more strict than restrictions at the state level. The bill would reduce their grant award by 20%.

“If there are local Montana governments that want to continue to hurt their people, those decisions … mathematically have a cost,” Rep. Matt Regier, R-Kalispell, said. “Don’t keep hurting your local population and ask the taxpayers to give you more dollars to fill in those gaps.”

Rep. Sharon Stewart Peregoy, D-Crow Agency, offered an amendment to strip that language from the bill. She argued local governments shouldn’t be punished for attempting to shield their residents from the pandemic.

“What is the cost of life? You ask the young, 24-year-old who lost both parents within a month,” Stewart Peregoy said. “… Some people are fortunate, yes. Count your blessings. Other people were not so fortunate. We have people that are long-haulers, that are still [having] reactions to COVID.”

Despite the party-line votes on Democratic proposals, members of the House budget panel that worked on the bill also offered thanks to their colleagues on both sides of the aisle for working together over a relatively short span of time to find a largely bipartisan way to carve up the massive, one-time influx of federal tax money.

Other changes to the bill include measures to add oversight of more grant programs covered by HB 632 and establishing quarterly reporting requirements for recipients of ARPA money, including performance measures.

Republicans have stressed throughout the process the importance of targeting the spending toward short-term projects or relief programs, and not creating long-term obligations the state will have to pay for once the COVID money runs out.

House Bill 651 would require a legislative interim committee to weigh in on proposed ballot initiatives before signature gathering can start.

The bill would require an official document showing the voter’s name and current address, if they can’t provide a primary ID.

Senate Bill 278 won praise from Republicans and criticism from Democrats over a wide range of proposed changes to civil actions in the state.

No one who testified in favor of either bill identified themselves as a medical professional.

A legal note to the bill said the government compelling the press to cover events in a certain way could violate the First Amendment of the U.S. Constitution.

Beginning at 9 a.m. Friday, Lewis and Clark Public Health will open six weeks' worth of first-dose COVID-19 vaccination appointments for all c…

Republicans have argued the dress code was necessary to show respect for the House chamber and their positions as state representatives. 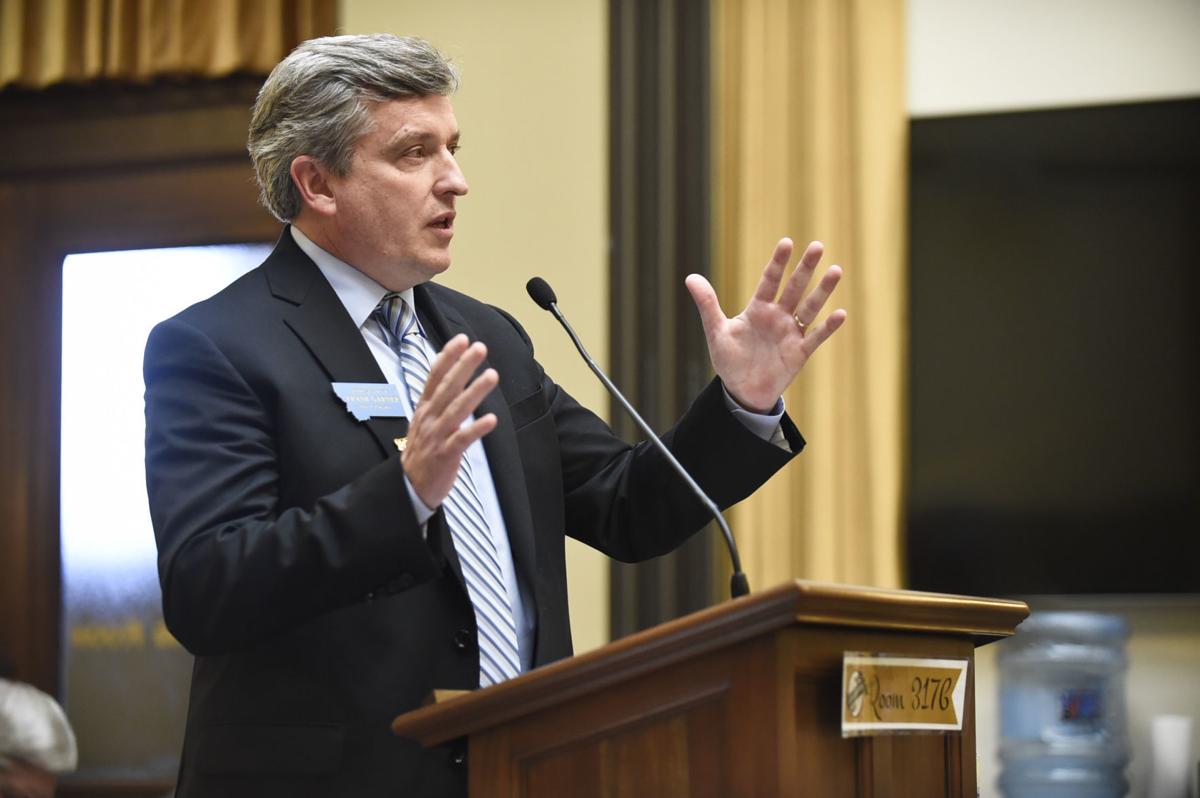