Recreational cannabis implementation hit its first bump in the road Wednesday as lawmakers turned down the revenue department's $1.35 million funding request to get the licensing program off the ground.

The Montana Department of Revenue requested from the House Appropriations Committee $1.35 million to be added to its budget this fiscal year. It would have paid for 20 full-time employees, office equipment and operating expenses to get the recreational marijuana program up and running before the department begins accepting license applications from businesses in October. That licensing timeline was set out in the ballot initiative voters passed in November.

But in executive action Wednesday on House Bill 3, which carried several other supplemental funding requests, Rep. Bill Mercer, R-Billings, who called the request a "huge tranche of money," submitted an amendment removing the department's ask.

"I think the challenge for us is there are a number of different ideas people are beginning to think through in terms of how we need to take what the voters approved and decide how that's actually going to work in terms of public policy," Mercer said.

The funding request, broken down in a memorandum provided to the Montana State News Bureau, sought about $576,000 for 20 full-time positions, $250,000 for a secure cash control room (as long as cannabis is illegal at the federal level, banks do not handle funds from providers), $112,000 for operating expenses and another $60,000 for one-time expenses, among other costs.

Government agencies came out in support of the request on Tuesday. Kurt Alme, budget director for Gov. Greg Gianforte, said it was a "needed" expense in order for the department to meet its deadlines to begin the application process.

Mercer, however, said he wanted more time to digest the costs, not just in standing up the recreational marijuana program, but running it once fully established. The voter guide issued before the general election made mention of the revenue projections — more than $43 million in its first year — but didn't say anything about "expanding state government," Mercer said.

Mercer floated the idea of possibly delaying the date in which the Department of Revenue must start issuing licenses so that the imminent deadline doesn't create the need to speed through engineering the program.

Rep. David Bedey, R-Hamilton, who sponsored the supplemental funding bill, said during Wednesday's hearing he supported delaying the funding measure, although he said the committee should press forward soon.

"I have to agree with my colleague from across the room, although I do agree with the governor that we should move forward expeditiously, but I think we do have the time to consider this more carefully," Bedey said.

The committee voted 23-2 on Mercer's amendment to eliminate funding for the marijuana program's startup.

A spokesperson for the revenue department said late Wednesday the department is "committed to implementing the laws that are passed by the Legislature."

"We recognize there are many moving parts that need to be addressed with the language of I-190 (the ballot initiative that legalized cannabis) and the funding needed to support the initiative," spokesperson Sanjay Talwani said in an email.

As a mob in Washington, D.C., forced their way into the U.S. Capitol, roughly 100 people bunched onto the state Capitol lawn in Helena on Wedn…

Lawmakers should voluntarily protect our health

To the legislators from all over the state who are gathering in Helena to serve the people of our great state: We’re happy to open our collect…

Trump and his supporters weaken our country

Claims that led to D.C. insurrection echoed in MT

Among the GOP legislators sworn in Monday is one who believes Trump's "battle" isn't done yet.

A final vote expected Wednesday will determine if the bill continues or not; legislation dies on ties. 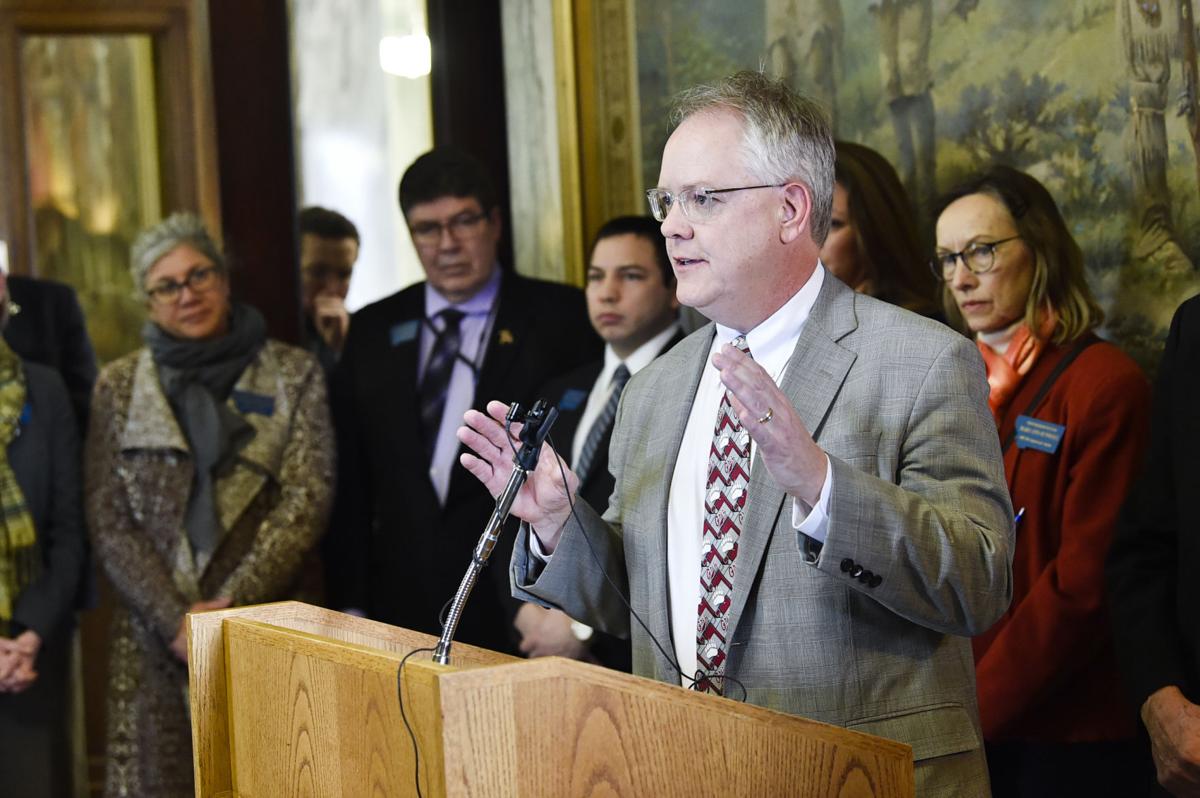 Rep. Bill Mercer, R-Billings, speaks at a press conference in 2019.