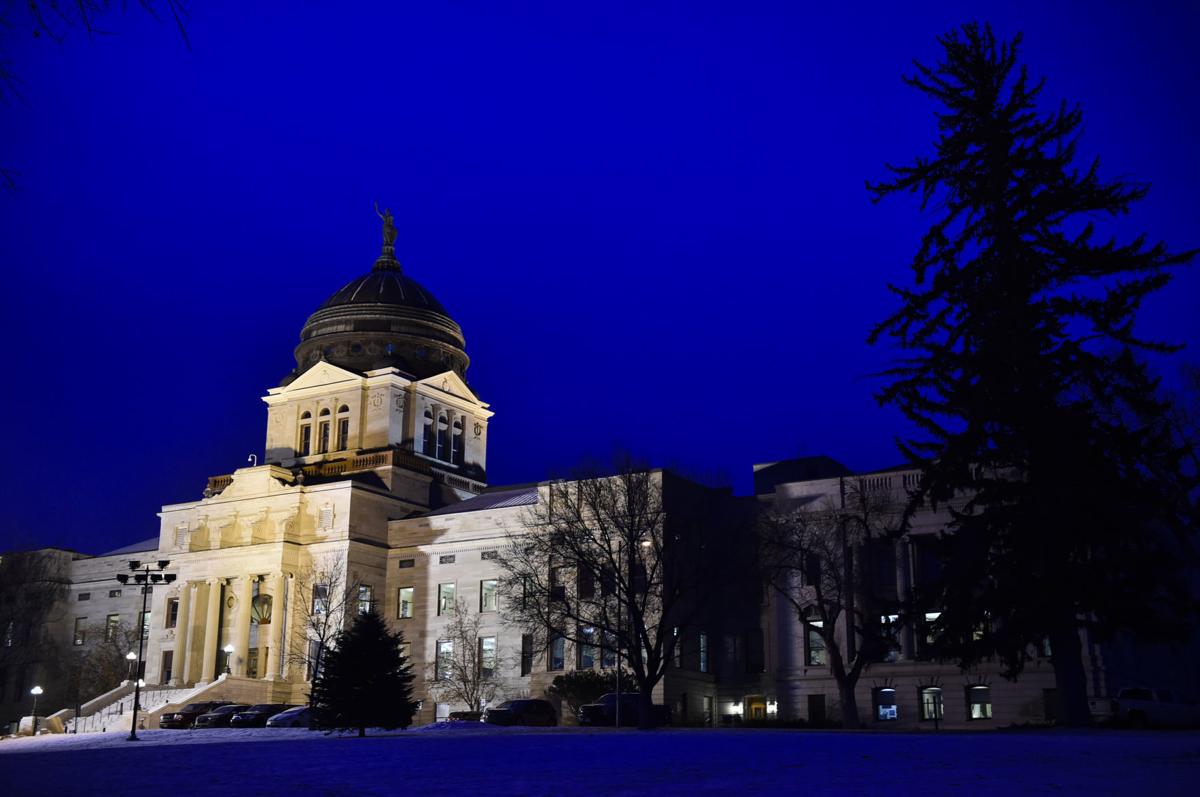 The Montana State Capitol in Helena 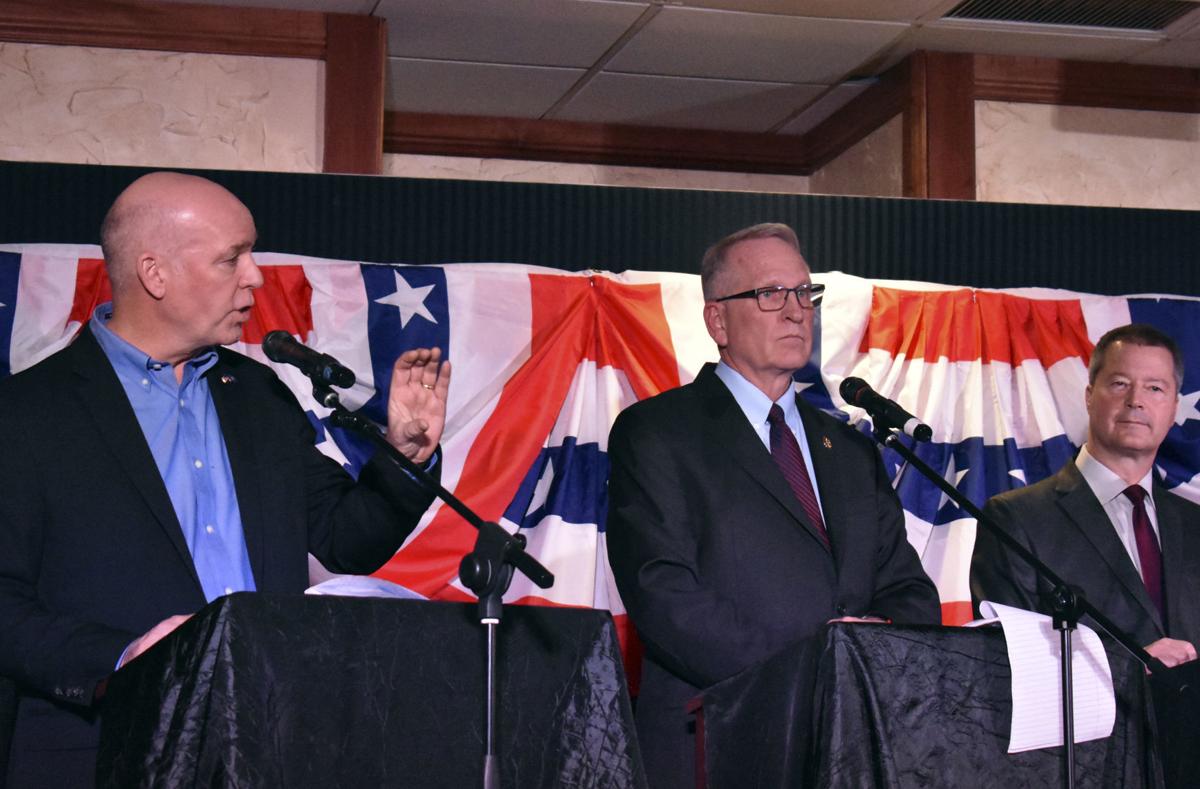 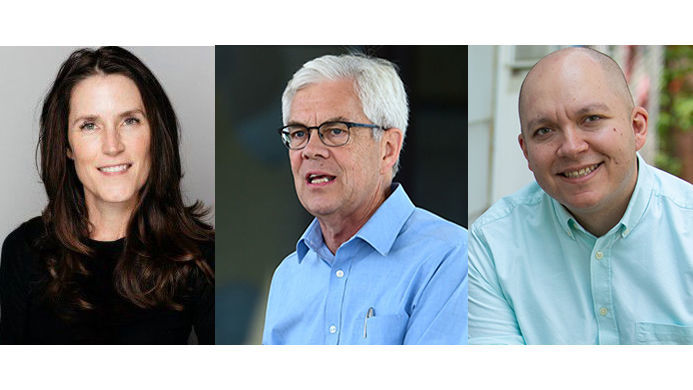 The stage has long been set for this year’s governor race to be a high-dollar production.

The seat is open as the incumbent Democrat Gov. Steve Bullock is termed out. Republicans have fervent aspirations of reclaiming the office after 16 years in the hands of the other party.

And the candidates running are savvy when it comes to fundraising ability in whatever form best fits their background, be that tapping contributors cultivated over long-established civic careers, networks built along with vibrant private sector work, the infrastructure of political machines or the increasingly prevalent ink of a candidate’s own checkbook.

“The amount of money that has been raised at this point in the governor’s race is striking,” said Lee Banville, a professor and political analyst at the University of Montana. “We knew it was going to be a competitive race. It’s probably the biggest political story and political race in the last decade.”

Republican U.S. Rep. Greg Gianforte has significantly out-raised everyone else running, accounting for almost 45% of the $3.21 million generated so far among all the candidates.

Opponents from both parties are already painting Gianforte as a wealthy candidate who is trying to buy the seat with his own money, though at this point in the election that critique is better lodged against Gianforte’s 2016 bid for governor than this go-around.

Gianforte started and then sold a high tech firm in Bozeman for $1.8 billion in 2012, so there’s no question about his vast personal resources. He self-financed that first gubernatorial run against Bullock to the tune of $5.8 million in what was then the most expensive race in state history.

This cycle he jump-started his campaign with a $50,000 loan, on top of spending almost $23,700 of his own money on what's listed in campaign finance documents as media and advertising. But so far a commanding amount of his campaign cash — $1.07 million of his $1.43 million total — has come from individual contributions in Montana.

Gianforte says he cultivated that base from events like meet-and-greets around the state where he talks about things like creating high-paying jobs.

“It’s not complicated. We travel the state all the time. We have not spent a weekend in Washington, D.C., yet,” Gianforte said. “ … I share a very positive, hopeful vision of Montana. If they like the vision, I ask them to support the campaign and many of them write checks.”

When those checks are cut, they tend to be for big amounts: Gianforte's average contribution from Montana is about $360 while Fox’s is closer to $200.

After two terms in the U.S. House, Gianforte is also leveraging connections he’s built with conservative PACS and congressional colleagues, a network Banville said is more typical for a candidate running for federal office.

He’s raised about $16,000 from Republican leadership political action committees, or PACs. That includes from Rep. Steve Scalise of Louisiana; Rep. Matt Gaetz of Florida and others.

“What (Gianforte) has now is, he still has his own money, he still has a sizable number of Montana donors, but he also has this infusion of congressional cash, which gives him a leg up on Sen. Olszewski and Attorney General Fox, who are really running as connected to the statewide money,” Banville said.

Fox’s campaign has raised about $566,000, with a larger percentage of overall money coming from Montana: 83% for Fox to 73% for Gianforte.

Even back when Gianforte’s entrance into the race was rumor and not yet a reality, Fox was acknowledging he’d likely be out-raised. His plan to counter that involves strong ground game, finding the green in grassroots instead of dollar bills.

“The quality of the candidate and the enthusiasm of their supporters and volunteers and the track record of winning for a candidate will always beat money,” Fox said. “Montanans don’t appreciate self-funders. They always under-perform."

Fox points to endorsements like that of the Montana Police Protective Association, something he views as translating to not a lot of money but probable voters for him in the primary.

Fox and Olszewski, who has raised almost $230,000 almost entirely from Montana, have been aggressive in their criticism of Gianforte’s self-funding, though so far in 2020 it's more about the congressman’s ability to do so than an actuality. And Olszewski has put in more of his own cash than Gianforte so far, loaning his campaign $100,000.

Over on the Democratic side, candidates have all unified around identifying Gianforte as their likely opponent, and while that might be who they genuinely expect to emerge from the primary it’s also a scare tactic to rally party contributors.

“Democrats have definitely made Greg Gianforte the bogeyman of this race,” Banville said. “I think it’s worked for their fundraising and volunteer mobilization efforts thus far.”

In January, the first campaign finance report from Whitney Williams, who is at once a first-time candidate but also by no means a political newcomer, was highly anticipated by the types who highly anticipate those kinds of things.

She raised a staggering $439,000 out of the gate, which her campaign says is the most by any Democratic governor primary candidate in a first-quarter report.

Williams’ roots are in Montana — she’s the daughter of Carol Williams, the first woman to hold the majority leadership position in the state Senate and founder of Carol’s List, which works to get Democratic women elected. And her father is Pat Williams, the longtime U.S. representative for Montana.

Over her career, Williams has worked in the Clinton White House and then at a large social services fundraising organization before going on to found Williamsworks, her consulting business that works with large nonprofits, corporations and philanthropic groups.

While Williams moved her life and business to Missoula in 2017, most of her career has been outside Montana. That's reflected in the network she tapped into at the start of her campaign.

Depending on what a candidate wants to say, campaign data can be parsed a lot of ways. Looking at all of Williams' money, about a quarter of it comes from Montana. But cut another way, 60% of the individuals who donated to her campaign are Montanans.

Williams said she’s proud of the second figure, but not shying away from how she looked to familiar faces from her private sector days to launch her political one.

“I’ve spent my career working with folks in and outside Montana and I’m really proud that they both see my executive leadership and they care deeply about keeping Montana Montana,” Williams said, adding that she thinks it would benefit a governor to have contacts with "job creators near and far."

There’s some novelty in reading through the list of Williams’ contributors, seeing names like Jennifer Garner, Ben Affleck and JJ Abrams. But there are also people like Allan Golston, president of the Bill and Melinda Gates Foundation, and Eric Schmidt, the former CEO and chairman of Google and executive chairman of Alphabet.

A map of where Williams’ contributions come from, based on data provided by the campaign, is populated with dots on the western half of the state and in what counts for urban centers in Montana, but dramatically thins out east of Billings. While that part of the state trends toward Republicans, it will be important for any Democrat who wants to win in the general election to drum up as much support as possible there.

Williams is aware that could be seen as a weakness and is working to change the map when the next finance reports are filed in March.

“We launched our 56-county tour last week and we’re really focused on making sure we meet folks in small towns and rural communities across the state,” Williams said. “We’ll see a dramatic difference in our next report because when folks meet this campaign, they invest and we’re going to be doing a lot more community conversations and house parties and getting out knocking on doors and meeting people.”

So far Cooney has raised about $450,000, reaching out to a broad network of contributors that have supported his past political bids and always expanding the pool of financial backers. Seventy-three percent of his money comes from Montana, which he points out as a way to contrast himself with Williams.

“Behind every dollar is typically a vote, so I’m very happy we’re getting that kind of support from Montana,” Cooney said, adding he's received contributions from all but a handful of counties in the state.

According to data provided by the campaign, Cooney’s average amount per contribution is also smaller compared with the other front-runners on both sides of the race, at about $39.

“I am very pleased that the bulk of my support is coming from Montanans. They’re the ones that will be making the decision come election day,” Cooney said.

There’s also a been-there, done-that feel for how Cooney plans to approach a well-financed opponent, especially if he makes it through the primary. As Bullock’s running mate in 2016, Cooney has already gone up against Gianforte and won. In that race, total spending by the candidates and other outside groups rose to more than $16 million.

“I’ve been up against big money before and I’ve succeeded. I plan on doing it again. We work harder, we’re making a personal connections to the people of Montana, and you knock on doors,” Cooney said.

Democratic governor candidate Whitney Williams said Monday she raised more than $435,000 in her first fundraising quarter, more than previous out-of-the-gate performances by the other Democrats running in their party’s 2020 primary.

Former state lawmaker Reilly Neill, a Democrat from Livingston, has announced on her campaign website she is dropping out of the governor's race primary.

Williams, Rosendale both top $1M in fundraising; Rains drops out of House race

The two House candidates at the front of their party's primary when it comes to fundraising reported strong hauls over the last three months of 2019.

Self-funding has played a significant role so far in the campaigns for statewide elected offices this cycle, with some candidates using the mo…

A former Montana lawmaker and political science instructor is asking the state Commissioner of Political Practices for a ruling on whether Democratic attorney general candidate Raph Graybill meets the requirements to run for office.

The website Politico reported Thursday evening that Montana Gov. Steve Bullock met with former President Barack Obama in Washington, D.C., as the deadline nears to file as a candidate for U.S. Senate.

Another Bozeman resident running for U.S. Senate as a Democrat

Bozeman resident Josh Seckinger, who is a fly fishing guide, said Tuesday he's running as a Democrat in the U.S. Senate primary.

The Montana State Capitol in Helena