A new lawsuit filed Tuesday challenging legislation passed by Republican lawmakers in April argues the late shift in the bill's function was unconstitutional.

The lawsuit filed by the Lewis and Clark County attorney, a criminal defense association and several private lawyers seeks an injunction against Senate Bill 319, one of several bills re-engineered in the final phases of the legislative process in a conference committee without public comment.

The filing in Lewis and Clark County District Court alleges the bill is unconstitutional because it violates the single-subject provision, as well as the article of the state Constitution that says no bill shall be amended so heavily that its original purpose has been changed.

The bill, sponsored by Republican Sen. Greg Hertz, initially dealt with joint fundraising committees. In a late-session conference committee, however, lawmakers tacked on two other measures: one required a judge to recuse themselves if they received at least of half of the maximum individual contribution from a lawyer or party during the previous six years.

The other new amendment banned voter registration, signature collection, voter turnout and other activities by political groups in certain areas of university campuses.

Republican Gov. Greg Gianforte is the only named defendant. The governor's office did not return an email late Tuesday seeking comment on the filing.

The attorneys said they have donated to several judicial elections because of their "interest in an experienced, independent and nonpartisan judiciary in Montana," according to the filing. The Montana Association of Criminal Defense Lawyers said its members would be stymied by potentially hundreds of substitutions in pending cases across the state and before the Montana Supreme Court if the law were to go into effect, which would be July 1.

Attorneys for the plaintiffs are Raph Graybill, former chief counsel to Democratic Gov. Steve Bullock, and Helena attorney Rylee Sommers-Flanagan. In filings, they argue the state constitutional framers sought to prevent legislation from containing unrelated provisions both in 1889 and again in 1972.

They also argue the restrictions on politicking in certain areas of campus would unlawfully disrupt political speech and assembly. Graybill ran for attorney general as a Democrat in 2020, losing to Republican Austin Knudsen.

This is the second lawsuit challenging SB 319; the Montana Federation of Public Employees and others last month argued in a lawsuit that legislators had overreached on the Board of Regents' authority to set policy on campus; Graybill is also one of the attorneys representing the plaintiffs in that case.

Tuesday's filing is the latest in a flurry of constitutional challenges to legislation passed by the GOP-controlled Legislature. A Montana State News Bureau tally counts 11 new laws, all sponsored by Republicans, under current litigation in either District Court or the Montana Supreme Court.

Montana employees working remotely will head back to worksites

Montana state employees who have been working remotely because of the pandemic will begin returning to their worksites this month and Capitol Complex offices that have been closed to the public will reopen in two weeks.

The applicants include Michele Reinhart Levine, who was appointed to the vacancy under the last administration but rejected by the state Senate in April.

A District Court judge on Monday extended a temporary order blocking the implementation of a campus carry law passed by legislators earlier this year. 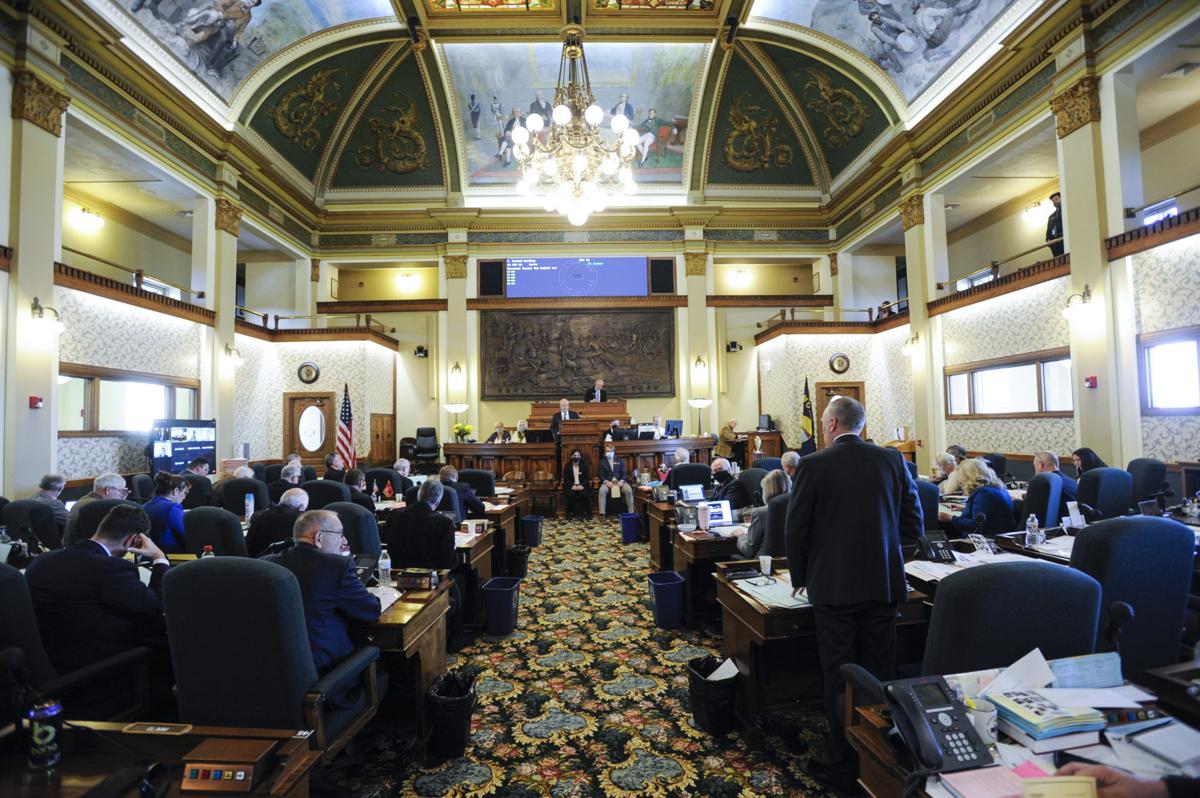 The Montana Senate gathers on the Senate floor on Tuesday, April 27, 2021 in the state Capitol.