After a Republican lawmaker told a committee that he served in Iraq with interpreters who risked their lives helping the U.S. military, a Senate committee voted to restore funding for refugee services that had previously been cut from the state budget.

"They were very valuable. They knew the area. They talked to the locals. They kept us informed. They saved American lives," said Sen. Kenneth Bogner, R-Miles City.

"Now they are applying as refugees to use this program because it's not safe for them to stay in their country because of their help and work with the U.S. military."

The $767,000 in federal pass-through dollars over the two-year budget helps run programs based in Missoula. It was cut by the House Appropriations Committee in February and previous attempts in the House to add the money back failed.

The Senate Finance and Claims Committee on Tuesday approved of including the funding on a 12-7 vote, with bipartisan support and GOP opposition. It was part of several changes made to House Bill 2, the main state budget bill, as it cleared that committee. The state budget is about $12 billion in spending, from both federal and state funding, over the next two years.

The budget bill cleared the committee on a 13-6 vote, with bipartisan support and opposition.

The full Senate is set to hear the bill next Thursday. Lawmakers are also crafting a bill to spend part of the $2.7 billion coming to the state in federal aid from the American Rescue Plan Act. That spending is in House Bill 632, which cleared an initial vote in the House this week.

Democrats, who are a minority in both the House and Senate, again made attempts to either restore funding or add proposals that have been previously cut or rejected by the GOP majority.

That included $1 million in funding for suicide prevention efforts, similar to a proposal included in the budget of Republican Gov. Greg Gianforte though with a different funding source.

Democratic Sen. Shane Morigeau, of Missoula, advocated for the amendment. He told the committee his sister died by suicide when he was in eighth grade and left behind two sons. One is now struggling with addiction.

"It really has a ripple effect on young families," Morigeau said.

Sen. Bob Keenan, R-Bigfork, opposed the money. Montana regularly has one of the worst suicide rates in the nation, but Keenan said that he hasn't seen proof of success that past spending on prevention programs has had much of an effect.

Sen. Ryan Osmundson, who chairs the Senate Finance and Claims Committee, said he didn't disagree suicide needed to be addressed, but that he was also concerned about putting more money toward the problem.

"It's more a function of have we ever ... gotten our arms all the way around it to have effective programs?" Osmundson said.

The amendment to add the funding went down on a 9-10 vote.

On amendments from Sen. Ryan Lynch, D-Butte, the committee also voted to add in another District Court judge in Flathead County and money for drug treatment courts. Both had been proposed in Gianforte's budget but rejected by representatives in the House.

The judge position is contingent on the establishment of a treatment court in the Flathead and puts $233,138 in general fund dollars toward four new positions, which includes one judge and associated staff.

The treatment courts are funded by $354,901 in general fund dollars for 5.25 positions

That program provides Medicaid reimbursement for mental health services and outpatient treatment for school-aged children through partnerships between school districts and community health providers. Services can be provided either in the school or in the community.

The program was funded before the session with federal funds and an in-kind match from school districts, but the federal government said that wasn't allowed. The health department backfilled the program with general fund dollars. Some lawmakers on the House Appropriations Committee objected to that, saying that spending decision should have been left to the Legislature, not the department.

The amendment to the budget Wednesday provides a one-time only appropriation of $2.2 million in general fund dollars and $19.9 million in state special revenue for the program.

Osmundson said the funding is a stopgap measure that will go to the Office of Public Instruction to manage, not the state health department, while a deal to pay for the program going forward is hammered out.

Montana bill would ban local communities from ordinances on vaping

"The one thing they cannot do is ban it in totality. It’s a legal product," said Republican Sen. Jason Ellsworth.

Health insurance plans generally will cost about $10 or less a month after the tax credits for most enrollees.

Republican Gov. Greg Gianforte is expected to sign the bill.

Gianforte to get vaccine Thursday, resists call from Biden for mask mandate return

The meeting in question came when the House Judiciary Committee broke to caucus in January before voting on controversial legislation.

The Republican governor, who took office in January, had mild symptoms Sunday and was tested Monday and received the positive result later in the day.

"This is a tax policy that is business-friendly," said Rep. David Bedey, R-Hamilton. 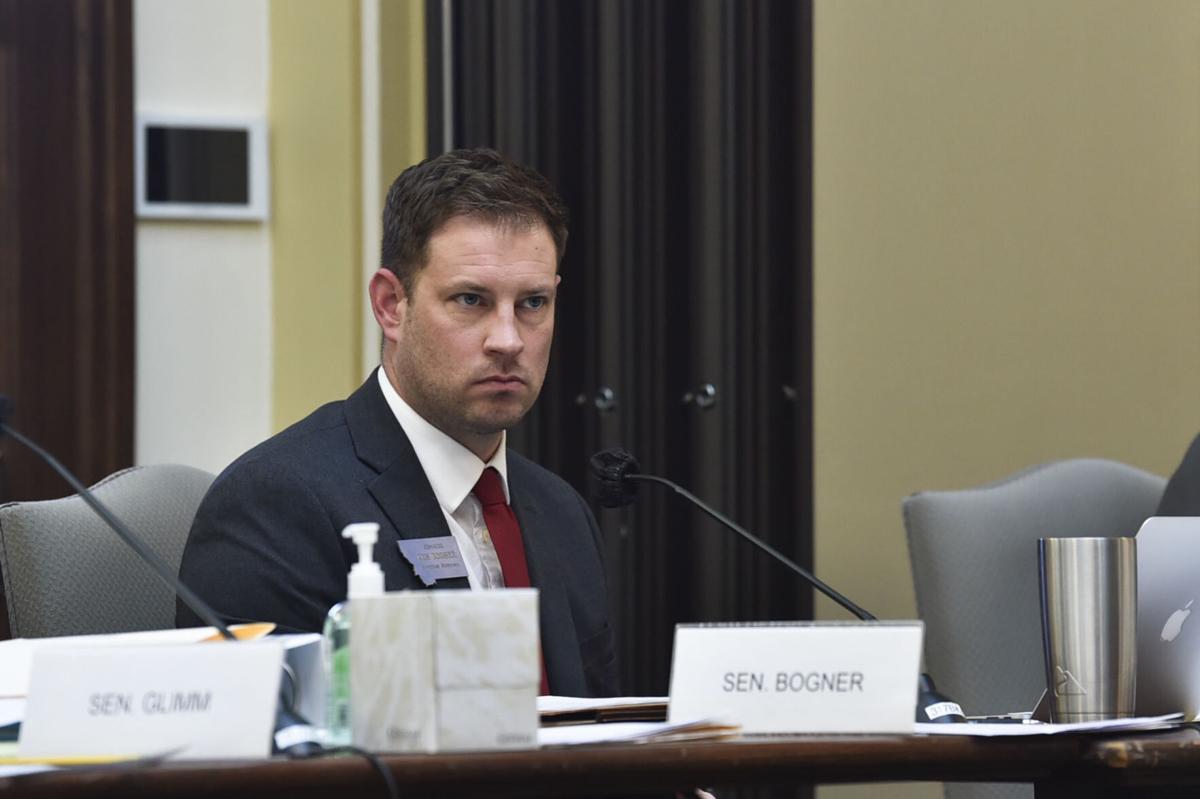 Sen. Kenneth Bogner, R-Miles City, listens to a fellow lawmaker during a meeting of the Senate Finance and Claims Committee on Wednesday. 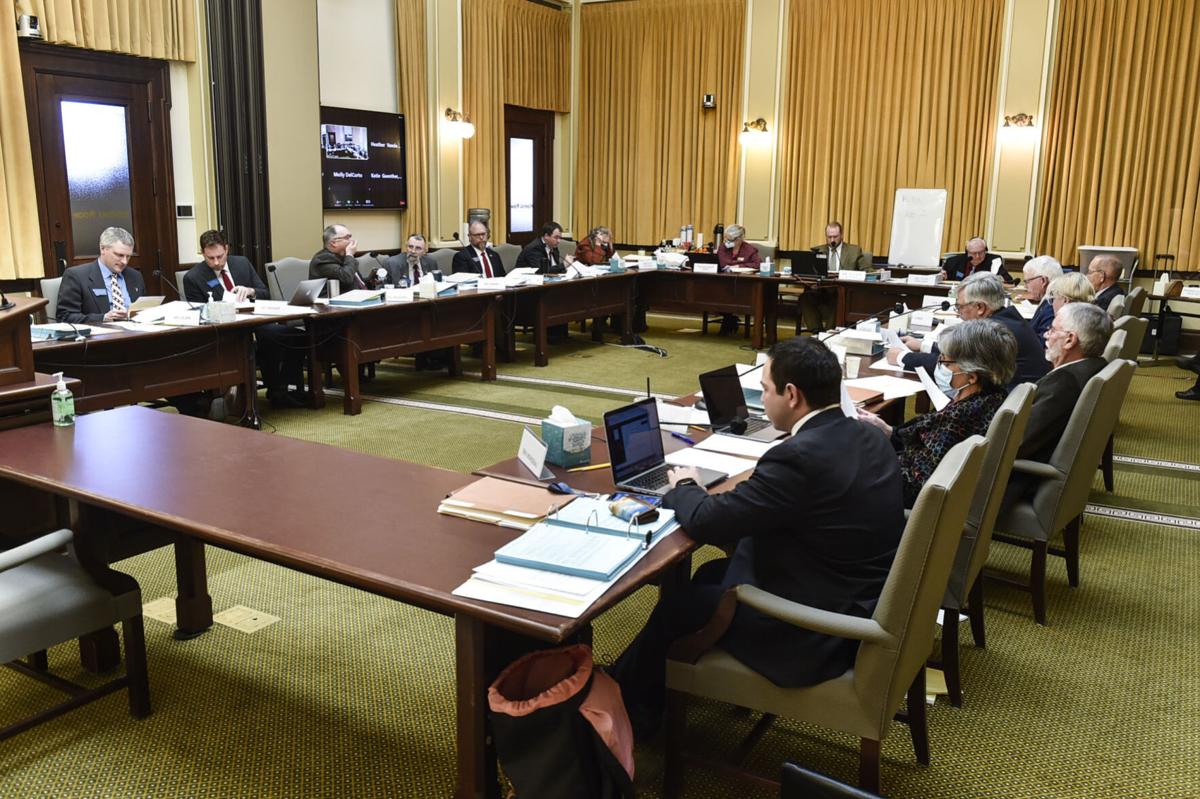 The Senate Finance and Claims Committee meets on Wednesday. 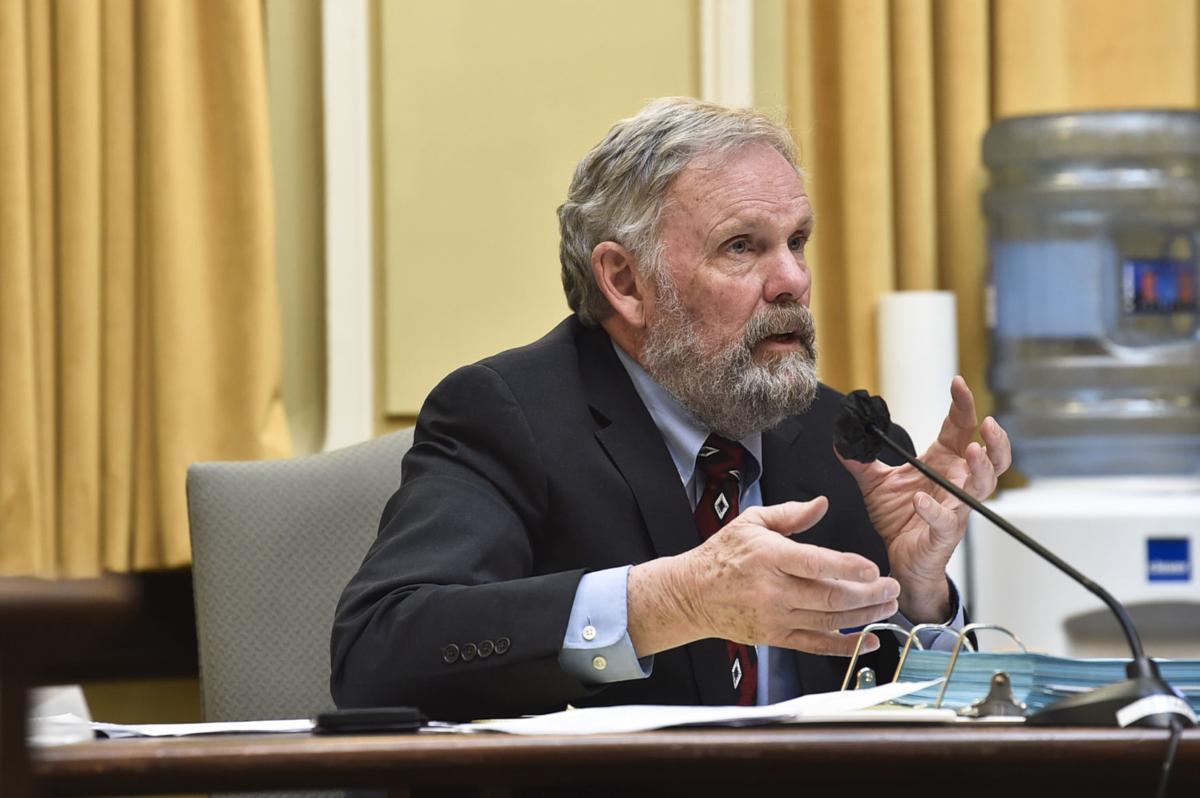 Sen. Bob Keenan, R-Bigfork, speaks to an amendment during a meeting of the Senate Finance and Claims Committee on Wednesday. 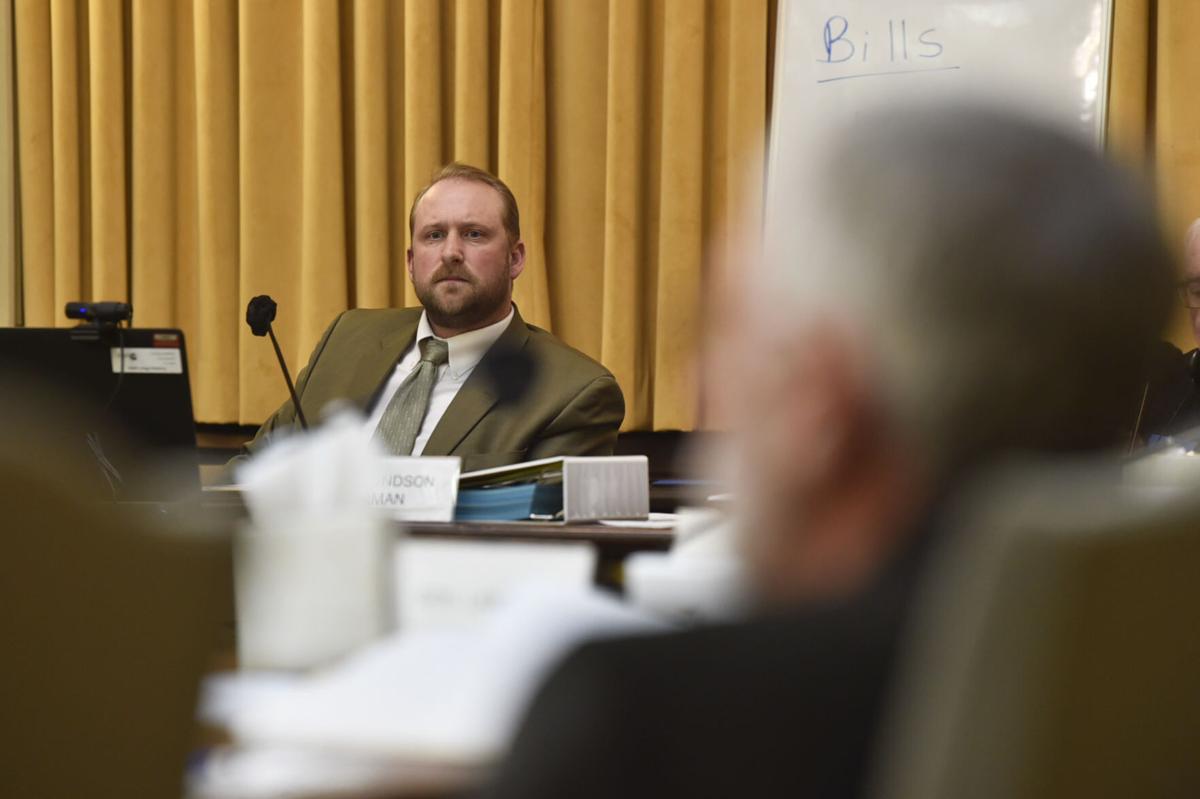 Sen. Ryan Osmundson, R-Buffalo, listens to a fellow lawmaker during a meeting of the Senate Finance and Claims Committee on Wednesday.