A District Court judge on Monday extended a temporary order blocking the implementation of a campus carry law passed by legislators earlier this year.

Lewis and Clark County District Court Judge Mike McMahon issued the order after a hearing earlier that morning in which the Montana Board of Regents argued for the injunction to remain in place through the duration of the case.

In a civil lawsuit filed in Lewis and Clark County District Court against Montana Attorney General Austin Knudsen, the board that oversees Montana's university system argues the Legislature overstepped its authority by passing a law expanding the carrying of firearms on campuses with House Bill 102. The Montana Federation of Public Employees, along with a coalition of former regents, faculty and student groups, have separately challenged HB 102, along with a number of other bills tied to campus policy, in Gallatin County District Court.

McMahon issued the temporary restraining order late last month in the Board of Regents case, blocking the new law's June 1 implementation date. Attorneys for the Board of Regents on Monday argued HB 102 meddles in firearms policies that already exist, while state attorneys have argued the new law strengthens individual Second Amendment rights.

McMahon's order noted the right to keep and bear arms is limited in scope, citing exceptions included in a previous U.S. Supreme Court decision that included schools and government buildings as "sensitive places" with longstanding prohibitions. He also noted the state has not presented any binding legal authority that the right to carry firearms on campus is an "absolute right" under either the U.S. or Montana constitutions.

"Furthermore, there is doubt who has the constitutional authority to regulate firearms on (Montana University System) campuses and other locations," McMahon wrote.

David Dewhirst, solicitor general at the Attorney General's Office, contended in the hearing earlier in the day the board's case stands not on tangible harms but carries concerns from opponents to the law. The board had been involved in negotiating certain provisions in HB 102, he said, but only filed the lawsuit after a flood of public comment urging the regents to challenge the law in court. He said the board has authority over what happens on campus, but the Legislature, too, has authority to enact laws that enforce self-defense rights and the board is still subject to state laws.

"Concerns and worries and anxieties, these are the language of unsubstantiated policy disagreements," he told the judge. "But the board, its faculty, its students, their parents, alumni, they don't establish the state's public policy, the Legislature does. … And this case is a reminder, we should diligently avoid the temptation to use the courts as some sort of super veto on enacted legislation that we disagree with."

Martha Sheehy, attorney for the Board of Regents and former regent, however, argued the restraining order blocks the Legislature from overriding a policy that's been established in the Montana University System regarding firearms, last revised in 2012. The state Constitution grants to the board "full power, responsibility and authority" to supervise, coordinate and control the university system.

"We have established that the Montana University System has done that with respect to the use of and access to firearms on campus, as a long standing policy," Sheehy said. "And we have established that HB 102 directly conflicts with existing board policy. It is that conflict which creates the constitutional challenge."

Tuesday's filing is the latest in a flurry of constitutional challenges to legislation sponsored by Republican lawmakers.

The Montana University System’s existing policy prohibits anyone other than law enforcement or contracted security staff from carrying firearms on campus. 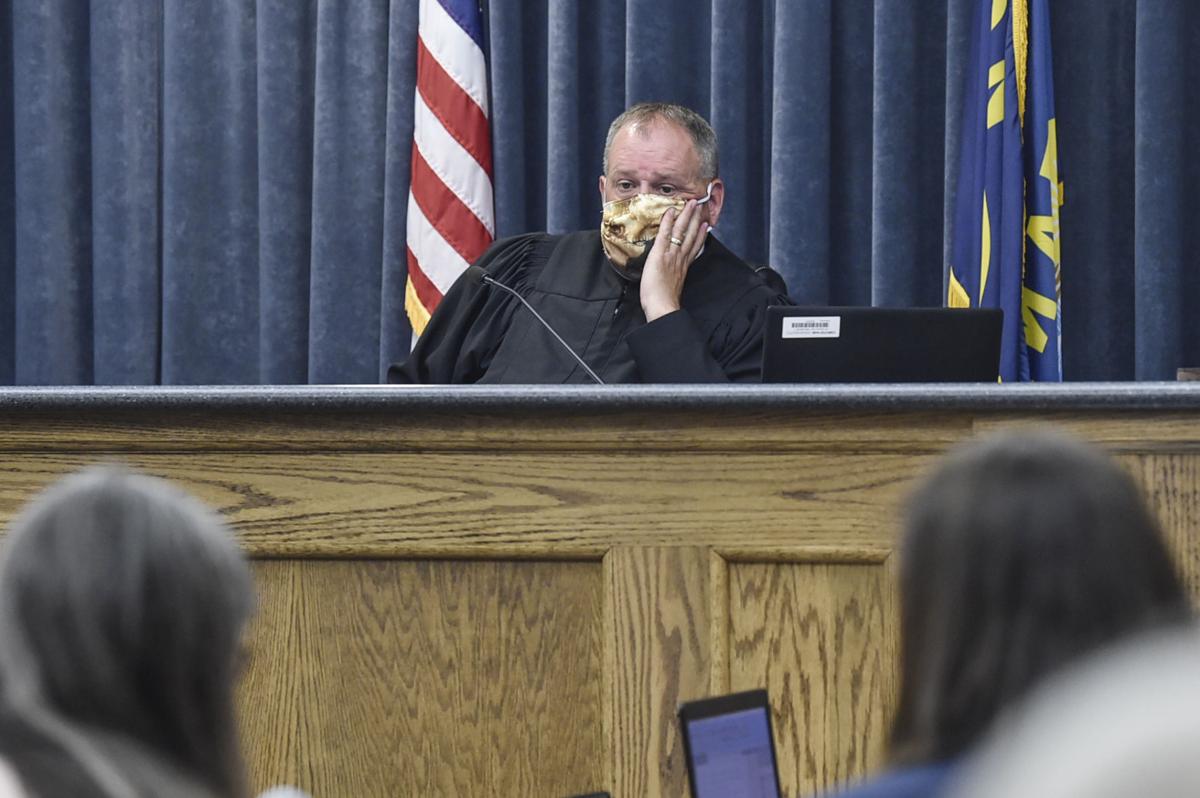 Lewis and Clark District Court Judge Mike McMahon hears arguments from attorneys for the Montana Board of Regents on Monday making their case to extend a temporary restraining order on the implementation of a campus carry law passed by lawmakers earlier this year.