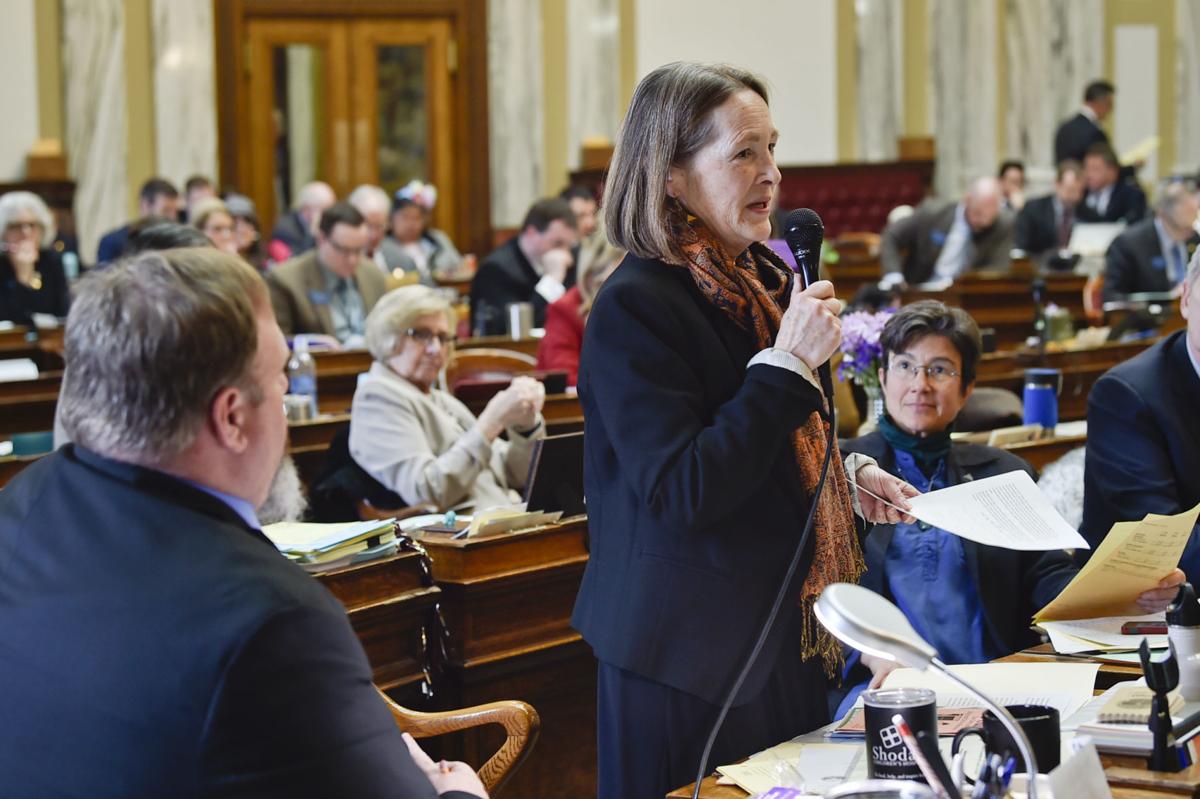 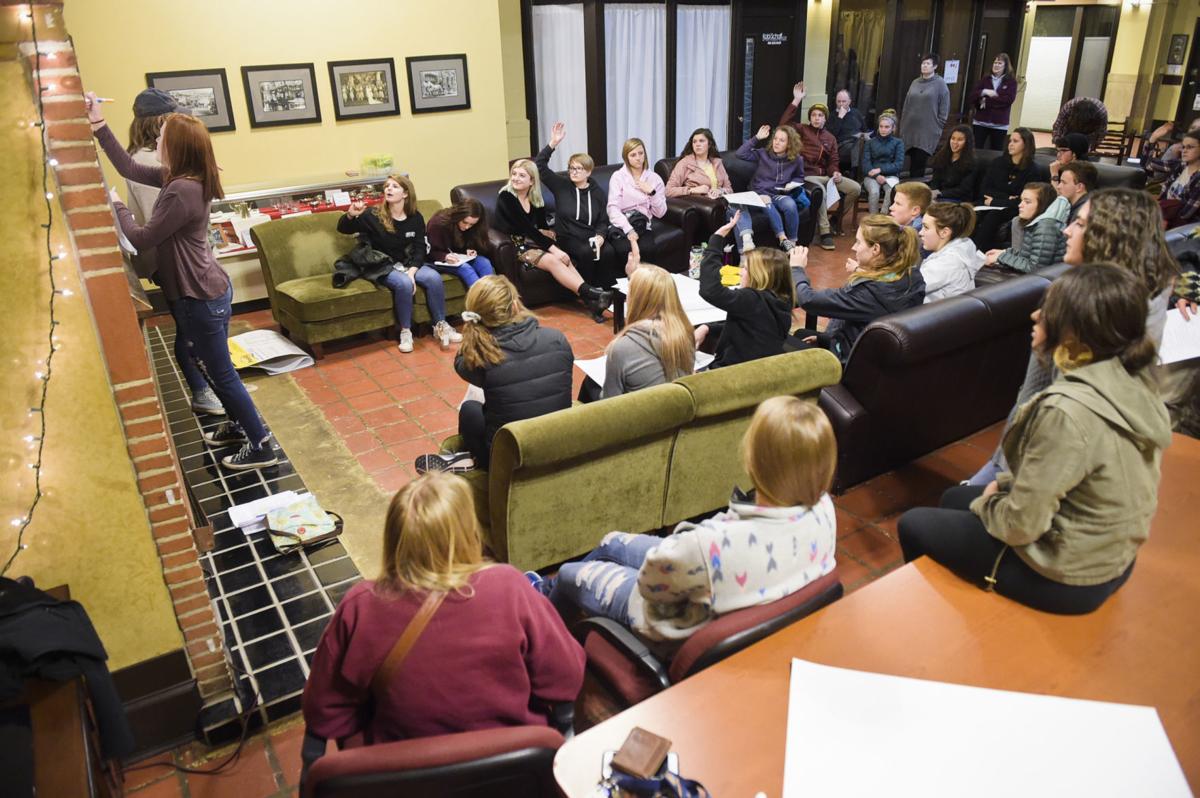 A little over 30 Helena students meet in late February 2018 for the first gathering of Helena Youth Against Gun Violence. The group said in a tweet Thursday it was disappointed with Thursday's vote.

Without discussion, the Senate Judiciary Committee Thursday tabled a bill that originally created a gun safety program for public schools and set fines for those who didn't properly secure a gun used by a child in an act of violence.

Fielder said later Thursday she made the motion to table because she felt the bill had become more of a political message after it was amended in the House.

The bill was heavily amended before reaching the committee. Rep. Seth Berglee, a Republican from Joliet, changed the bill in the House to remove the provisions on properly storing firearms.

Rep. Moffie Funk, a Helena Democrat who carried the bill, said on the House floor the school program would be modeled on a program from the National Rifle Association.

“I am still in such awe and admiration of what these students have done and how far they have taken this bill," Funk said Thursday. "And when they testified in the House and when they testified in the Senate it was a universal opinion, that they were articulate and well-informed and if only most testifiers could be as good as they were. They worked hard, they compromised, they held to their values and they will be back.”

Funk said lawmakers did not intend to try to blast the bill onto the Senate floor.

In the committee hearing Thursday, Sen. Bryce Bennett, a Democrat from Missoula, voiced frustration at not getting to discuss the bill before it was voted down. There is no debate on motions to table legislation.

"The votes are going to be the votes on these and that's entirely fine," Bennett said. "I would love for the sake of the record that we have at least some opportunity to have some discussion about the some of these bills before the final vote is taken."

The group Helena Youth Against Gun Violence, which formed after the 2018 school shooting in Parkland, Florida, and worked with Funk to bring the bill, said in a tweet Thursday it was disappointed with the vote.

We are disappointed with this outcome but we will continue to advocate for better firearms safety education and safe storage/use. We are so thankful to the bill’s sponsor, Rep. Funk, as well as all the other legislators from both sides of the aisle who helped move HB 477 forward.

"Firearms safety should be something that we all agree on. Right now, we as a state are failing to ensure that all our children are educated about how to behave around firearms. This was a common sense bill that aimed to fix that problem," the group tweeted.

The Independent Record's Michael Woodel contributed to this story.

“I am still in such awe and admiration of what these students have done and how far they have taken this bill."

A Helena student group has secured a primary sponsor for a bill that members hope will improve gun safety in Montana.

The row of houses taking up a block of new construction on Helena’s east end are indistinguishable from the dozens of other homes in the area,…

With Gov. Steve Bullock's STARS program cut in the Legislature, preschools in the Helena area are preparing for a worst-case scenario.

A little over 30 Helena students meet in late February 2018 for the first gathering of Helena Youth Against Gun Violence. The group said in a tweet Thursday it was disappointed with Thursday's vote.