An advocacy group is appealing a state District Court judge’s dismissal of its lawsuit attempting to overturn a 2019 law dealing with water rights when water is diverted from private onto state land.

Advocates for School Trust Lands, a Utah-based organization with members in Montana, and two Helena public school students, filed the lawsuit in 2019. The lawsuit sought to overturn a law passed that year that halted the state’s practice of obtaining a partial water right when water is diverted from private to state land by a lessee.

In April, Lewis and Clark County District Court Judge Michael McMahon dismissed the lawsuit. The judge ruled the advocacy group had failed to show that state lands would be devalued, calling the assertion “speculative at best,” and that the state could still adjudicate water rights individually should it chose to do so.

A number of groups that intervened in the case, including the Montana Stockgrowers Association and Montana Water Resources Association, applauded the dismissal.

Advocates for School Trust Lands filed a notice of appeal recently with the Montana Supreme Court. No other documents supporting the appeal have been filed as of Tuesday. Attorney Roy Andes said he had no further comment.

The 1985 Montana Supreme Court Decision Department of State Lands v. Pettibone found the state acquires a partial water right when water is diverted or developed on state trust lands. In applying Pettibone to its lease agreements, the Montana Department of Natural Resources and Conservation also began claiming partial water rights in situations where the point of water diversion begins on private lands, according to the lawsuit. Typically the water is piped to a stock tank or for irrigation on the state land from an adjoining private parcel.

House Bill 286, which saw significant bipartisan support from the 2019 Montana Legislature, reversed that practice and directed DNRC to rescind roughly 140 partial water rights it had claimed.

“HB 286 on its face violates the state’s management prerogatives concerning trust land by eliminating the state’s capacity to consent and negotiate the terms of its leases with respect to water rights,” the original lawsuit said. “This also violates the state’s constitutional trust duties of prudence, productivity and fidelity.”

Under oversight of the State Land Board, DNRC manages about 5 million acres state lands to produce revenue for K-12 and other public schools. To produce revenue, the lands are leased for grazing, farming and mineral development.

Sudanese man in NYC unable to talk to family

At issue was a practice implemented by the Montana Department of Natural Resources and Conservation when dealing with water rights and state trust lands.

Gov. Greg Gianforte was not among the list of Western governors invited to meet with President Joe Biden Wednesday to discuss the federal government’s firefighting programs. 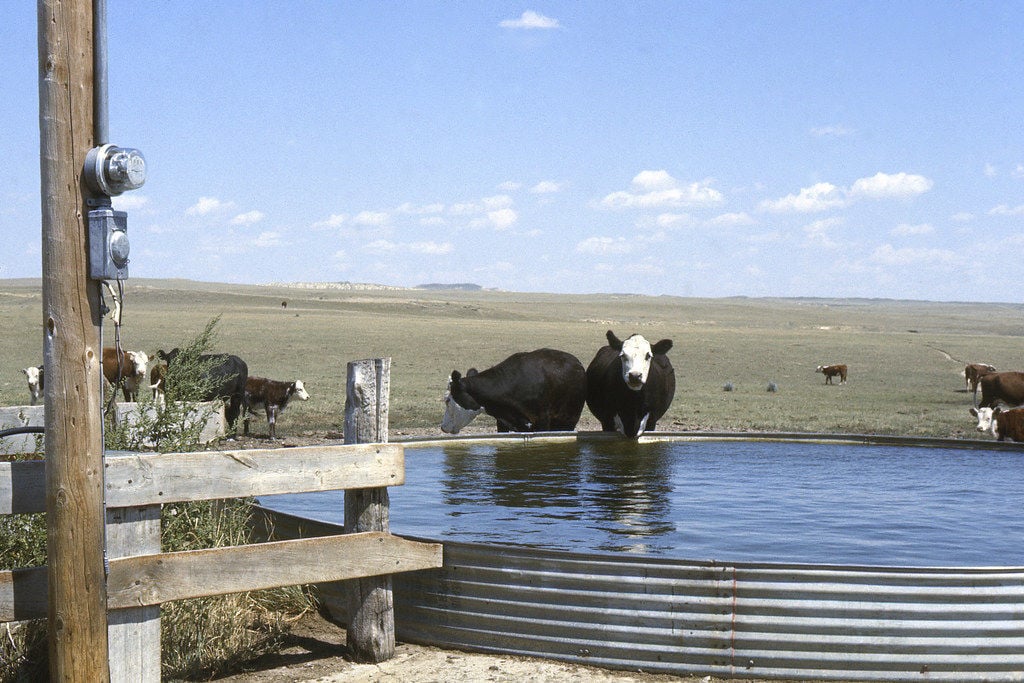 Cattle drink from a stock tank in this file photo.