Through incoming legislation, Gov. Greg Gianforte is looking to expand his office's fingerprints across more state government branches and agencies.

One recently introduced bill would give Gianforte, a Republican elected in November, immediate power to directly appoint state district court judges and state Supreme Court judges. Under another piece of legislation, Gianforte would also be able to appoint deputy directors of state agencies upon vacancies. In the last week or so, board appointments made by outgoing-Gov. Steve Bullock, a Democrat, have also been cleared from the confirmation process to make way for Gianforte’s nominees.

Gianforte is the state's first GOP governor in 16 years.

Senate Bill 140, scheduled for a hearing in the Senate Judiciary Committee on Feb. 9, would eliminate the Judicial Nominating Commission and give the governor direct appointment power. Judges appointed by the governor still need to run in the next election, all of which are nonpartisan races, although judges typically have more staying power through elections after they've been hand-picked by the governor.

This week, the governor's office said it is within constitutional bounds for the Legislature to do away with the commission and give direct appointment power to the governor. The State Bar of Montana is already mounting its opposition.

The commission selects from applicants and delivers a short list of judicial nominations to the governor when a bench is vacated, which happens when a judge falls ill, retires or dies. The commission holds the applicants' interviews in public.

According to the National Center for State Courts, Montana is one of 37 states that use a judicial nominating commission or council to deliver appointment choices to the governor.

The 1973 Legislature created the judicial commission process to de-polarize the governor's judicial appointments, a shift from the earlier 1889 state Constitution, which had given governors direct appointment power over state benches and state Supreme Court justices. When the Constitutional Convention sought to remake the process in 1972, delegates had ultimately left the path for how nominations reach the governor up to the Legislature.

While modified somewhat frequently, the judicial nominating committee is a panel of seven — a District Court judge and two lawyers appointed by the state Supreme Court, and four laypeople appointed by the governor.

Senate President Pro Temp Jason Ellsoworth, R-Hamilton, requested the bill to eliminate the Judicial Nominating Commission and give the governor direct appointment power. Ending the commission would also end its public interview process, although SB 140 would allow for public comment. The governor's office said this week the administration will consider its procedures if the legislation passes.

A review of legislative records show Senate President Mark Blasdel got the legislation into the drafting process. On Jan. 11, Blasdel reached out to the bill drafter to begin working on the bill, with the notice that it may soon be designated under priority status. Blasdel said Tuesday there was no event that kicked the legislation to priority mode, but legislative leadership didn't want it to get submerged under the growing pile of bills. So far this session 569 bills have been introduced and 3,337 requested.

As the product got underway in mid-January, two weeks into the 90-day Legislature, it was ultimately Lt. Gov. Kristen Juras, a former law school professor, involved in the earliest steps of crafting the bill’s language.

"The lieutenant governor will be testifying in support of SB 140 next week," Brooke Stroyke, spokesperson for the governor's office, said in an email. Other documents show Juras playing a large role in the boards appointments process.

Asked why it would support allowing the governor to nominate judges without the commission process, the governor's office Tuesday said it had the authority to do so. The office pointed to the 1972 Constitution, which grants the governor power to nominate a replacement judge from nominees selected in the manner provided for in state law, a process left up the Legislature.

Historically, states have moved from away from the direct appointment process and toward the merit-based selection with a commission, Anthony Johnstone, constitutional law professor at the University of Montana Alexander Blewett III School of Law, said in a phone interview. At the federal level, the president directly appoints judges, but Johnstone said Montana would be an outlier at the state level if it moves toward direct appointment.

Johnstone said records from the 1973 Legislature nod at the decision to select judges on a merit-based system, rather than a governor’s exclusive selection, a role which had been tainted by special interest groups within the Copper Kings era before Montana overhauled its Constitution.

“Against the backdrop of Montana’s history, there was concern about having a single elected official with the power to choose the members of the judicial branch,” Johnstone said.

The bill at hand, SB 140, would not give the governor power to remove judges. But Johnstone said this new selection process could alter how and when judges decide to vacate their bench.

Even though judges who are appointed have to run for reelection at the next general election to keep those seats, Johnstone said history has shown a governor’s appointment can correlate with staying power on the bench.

“Of course there are incumbent effects. Oftentimes when people are appointed, although we’re seeing more contested elections, typically appointees are reelected as incumbents. So it's a little more than a temporary appointment,” he said. “Whoever the governor has appointed in the past has had a leg up in subsequent elections.”

Republicans had the minority in 1973, and feared the creation of the Judicial Nominating Commission wouldn’t go far enough to reach a fully independent judiciary. According to Johnstone's 2015 article, "A Past and Future of Judicial Elections: The Case of Montana," one Democrat, Mason Melvin, agreed with Republicans and wrote that allowing the governor to appoint the majority of the commission members "tossed the mechanics of the appointment of judges right into the political kettle.”

Sen. Keith Regier, a longtime GOP lawmaker from Kalispell who is carrying SB 140, said he doesn’t believe giving the governor direct appointment power has any polarizing affect. Regier said he believes the governor’s appointments in the judicial branch should look more like those in the executive.

“I just think the governor should be able to directly appoint them and that committee would be in the way of that direct appointment,” Regier said.

The State Bar of Montana will be at least one opponent to the bill. Executive Director John Mudd said Monday the proposal would cut out input not only from the public, but the judicial branch itself.

"We have some very significant concerns about the bill because it eliminates the public oversight process that was established as part of the implementation of the 1972 Constitution including by not only eliminating the commission, but also eliminating the formal input on the selection of judges by members of the bar and the judiciary who presently serve on that commission," Mudd said in a phone interview. "Senate Bill 140 really is a radical departure from the practice of judicial nominations dating back 50 years and so the state bar of Montana opposes the bill."

The debate on the Senate floor drew fodder from both sides of the aisle.

Bill would give Legislature more power to override administrative rules

Senate Bill 82 would give the leadership from the majority party in each chamber a tie-breaking vote.

"There's been kind of a lack of communication," Rep. Ryan Lynch, D-Butte, told the House Judiciary Committee on Thursday. 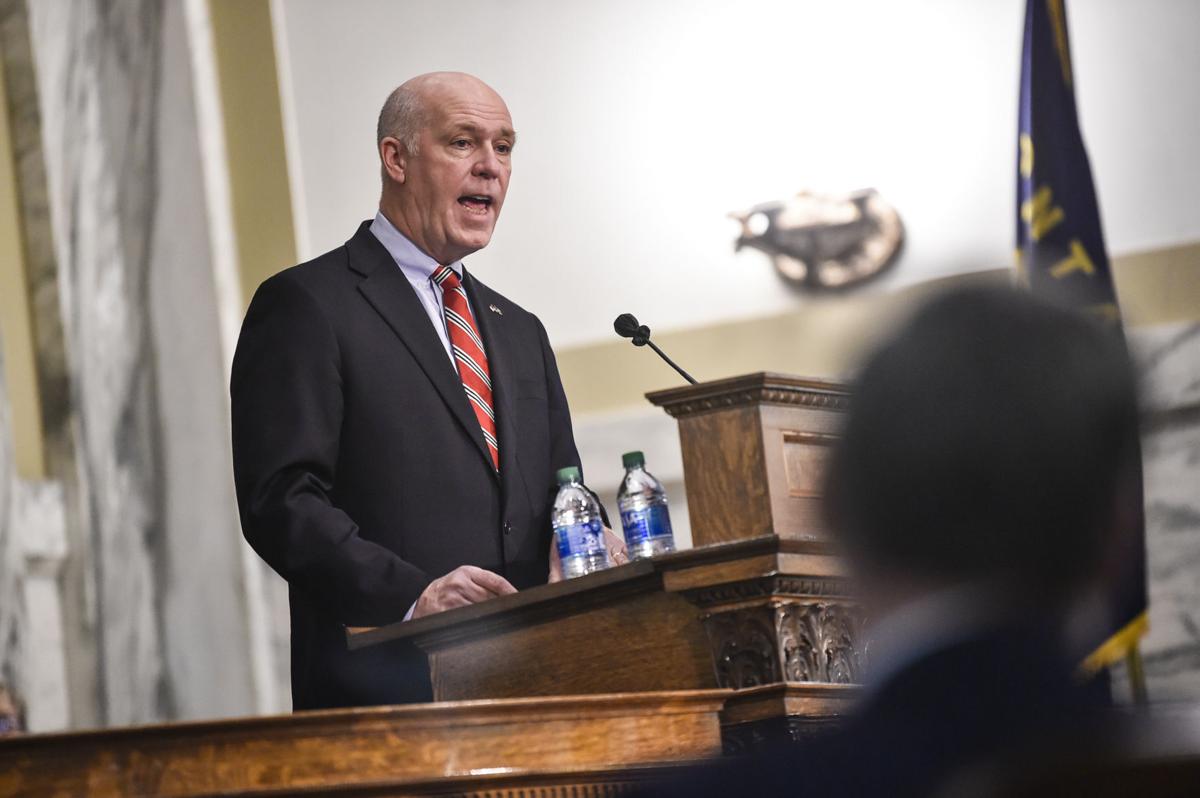 Gov. Greg Gianforte give his first State of the State address to a joint session of the Montana Legislature in the State Capitol on Jan. 28. 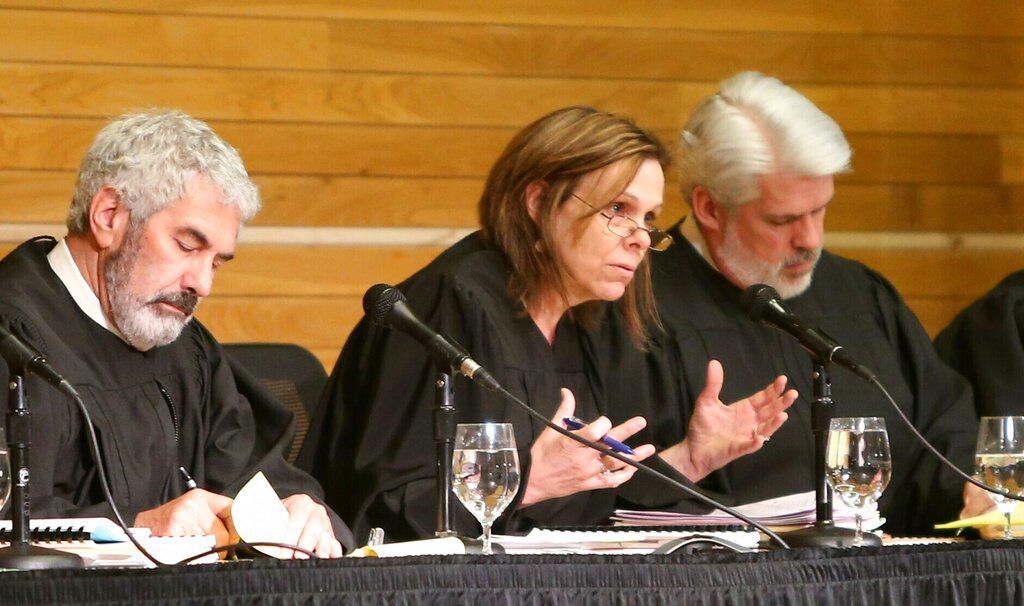