Grubich, who was a standing master in the judicial district prior to his appointment, was one of two candidates forwarded to Gianforte, a Republican, last week by a local vetting panel the governor established earlier this year.

“David Grubich is an accomplished attorney committed to the fair, consistent and objective application of the law,” Gianforte said in a press release. “Given his experience and knowledge as standing master in the Eighth Judicial District and the overwhelming, positive public comment about David that I received, I’m confident he will make an exceptional judge and serve the people of Cascade County well.”

The bench was vacated in April when the Montana Senate rejected Michele Reinhart Levine, a 2020 appointment by then-Gov. Steve Bullock, a Democrat. Last week Senate Republicans, who led the process in rejecting Levine’s confirmation, issued a public letter to Gianforte opposing the re-appointment of Levine.

Grubich became standing master, a stand-in for judicial proceedings when needed, in Cascade County in 2018. His earlier background included military and law enforcement service before he went into private practice.

The panel that vetted candidates in Great Falls last week noted Grubich's broad community support through the process and willingness to dive into the caseload bottlenecked by the vacant judgeship.

Grubich will have to run for election in 2022 to retain his seat.

Levine had said earlier in the process that she would run for the district court bench in 2022, whether or not she was appointed.

The GOP-majority Legislature earlier this year passed a bill, which Gianforte backed, giving the governor expanded appointment powers in the case of judicial vacancies. The law has already been upheld by the state Supreme Court and a district court judge last week denied two former Democratic lawmakers' request to halt a new law granting the Republican governor expanded power to appoint judges.

Lewis and Clark County District Court Judge Mike McMahon in a July 2 order denied the request submitted by Barbara Bessette and Tom Winter, writing they had failed to establish imminent harm would be done by the new law. Bessette and Winter had sought a restraining order to halt the process to appoint the district court judge in Cascade County, saying the new law violated the separation of powers provision of the Montana Constitution.

McMahon set a hearing for July 15 for the state to present its case against halting the new law, which took effect when Gianforte signed the bill containing it March 16.

McMahon also wrote, however, that in light of the Supreme Court decision he was "genuinely concerned whether Winter and Bessette have established a legitimate cause of action or that they are likely to succeed on the merits of their claims."

The new law, Senate Bill 140, abolished the Judicial Nomination Commission, which had delivered a shortlist of nominees to the governor for appointment in the case of judicial vacancies.

"The history of this litigation has given us reason to be skeptical of the representations by the Legislature and its counsel in this matter," the Supreme Court wrote in an order Tuesday.

A District Court judge wrote he would have to be "blind" to not see that the Legislature's recent subpoena for a Supreme Court justice's records is not a legislative effort.

After being denied a district court order halting the new judicial appointment process, two former Democratic lawmakers have asked to the Montana Supreme Court to hear the case on an emergency basis. 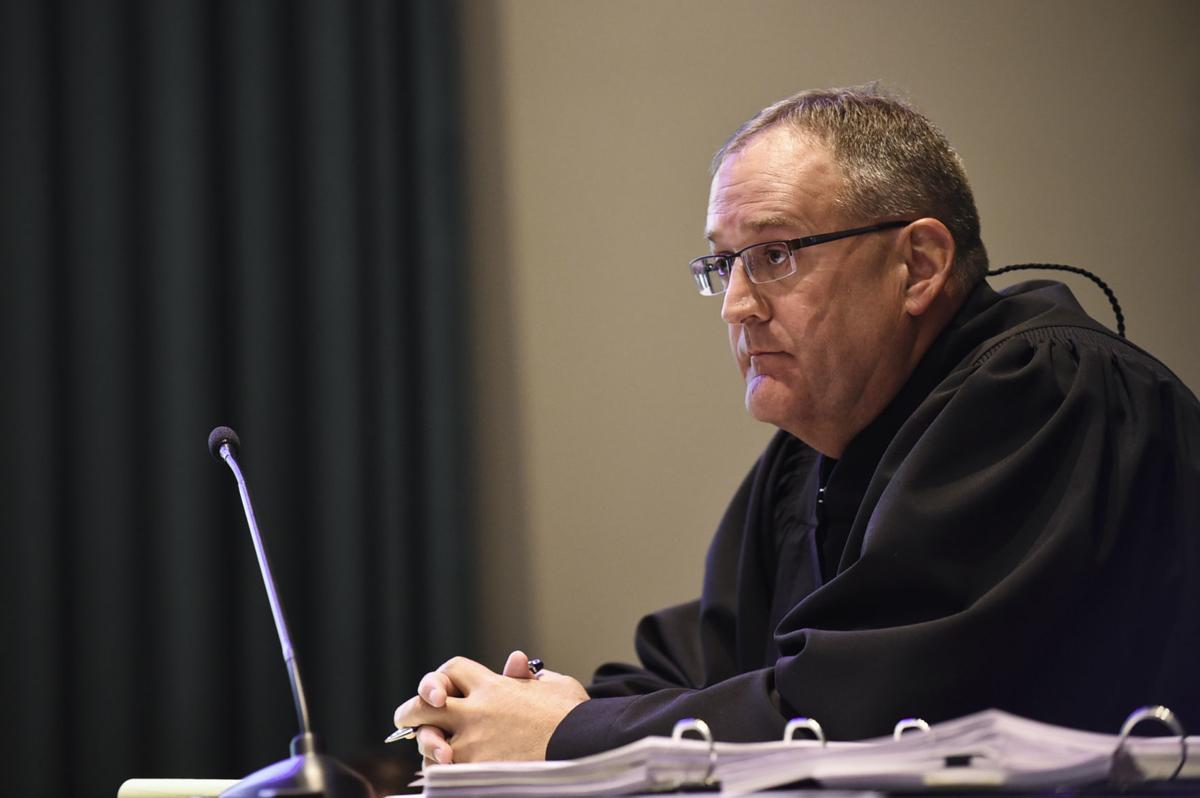