The commission is soliciting comment on a gamut of regulation proposals until July 26 in response to new laws passed by the Legislature and signed by Republican Gov. Greg Gianforte. The laws include a directive to lower Montana’s wolf population; allowing snares to trap wolves; and extended trapping seasons with commission discretion to shorten them. 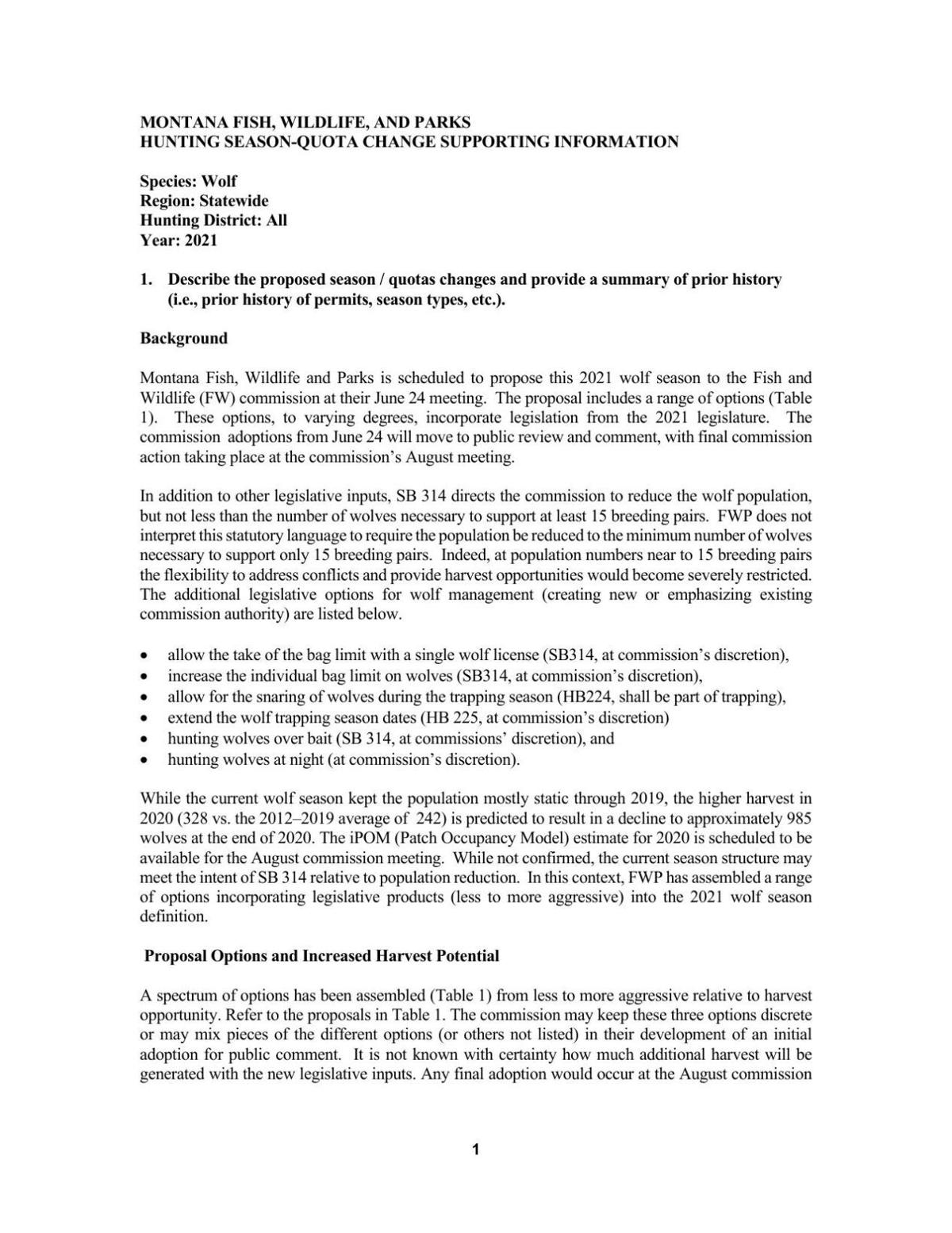 Last week Montana Fish, Wildlife & Parks proposed a table of options to implement the new laws, with choices ranging from essentially the status quo to regulations that would maximize the number of wolves killed by hunters and trappers.

Included in that table are changes to three wolf management units, which have been in place for more than eight years, that use quotas to limit the number of wolves killed. Two of the units, 313 and 316, border Yellowstone National Park to the north. The third, 110, borders Glacier National Park to the west.

The quota areas also reflect a legislative prohibition on buffer zones where no wolves could be hunted or trapped, Ken McDonald, FWP Wildlife Division administrator, said in an interview.

“Those (units) were in response to concerns by folks particularly around Yellowstone National Park where there is almost a wolf-watching community, so that was the response to that commission at the time,” he said.

The unit along Glacier also became a logical quota area for the commission due to animals funneling from outside the park in winter, he said, adding that wolf harvest in the area has been low. As FWP manages wolves “more on a big population scale approach,” the quotas do not serve a biological management purpose, McDonald said.

Last year, the commission voted against an agency proposal to maintain a two-wolf quota in 313 and 316, opting instead to slash the quota to a single wolf in each area.

The quota areas near Yellowstone have drawn their share of controversy as wolf watching became big businesses following reintroduction to the park.

“This is a national issue now,” Kim Bean with the group Wolves of the Rockies, told the commission in response to proposals to change or eliminate quota areas. “You guys have created it as you plan to attack not just Montana wolves, but those of Yellowstone and Glacier National Park by raising or dropping completely the quotas in these management units. This is a blatant attack on park wolves and the absolute disregard for the value and true social tolerance of these animals.”

Wolves of the Rockies is among the groups that filed a 60-day notice of intent to sue the state of Montana over the new wolf laws and their implementation. The notice alleges that expanded trapping and use of snares could endanger federally protect grizzly bears and Canada lynx.

At the same time concerns about impacts to other big game populations and livestock producers have pushed the state to eliminate the quotas. 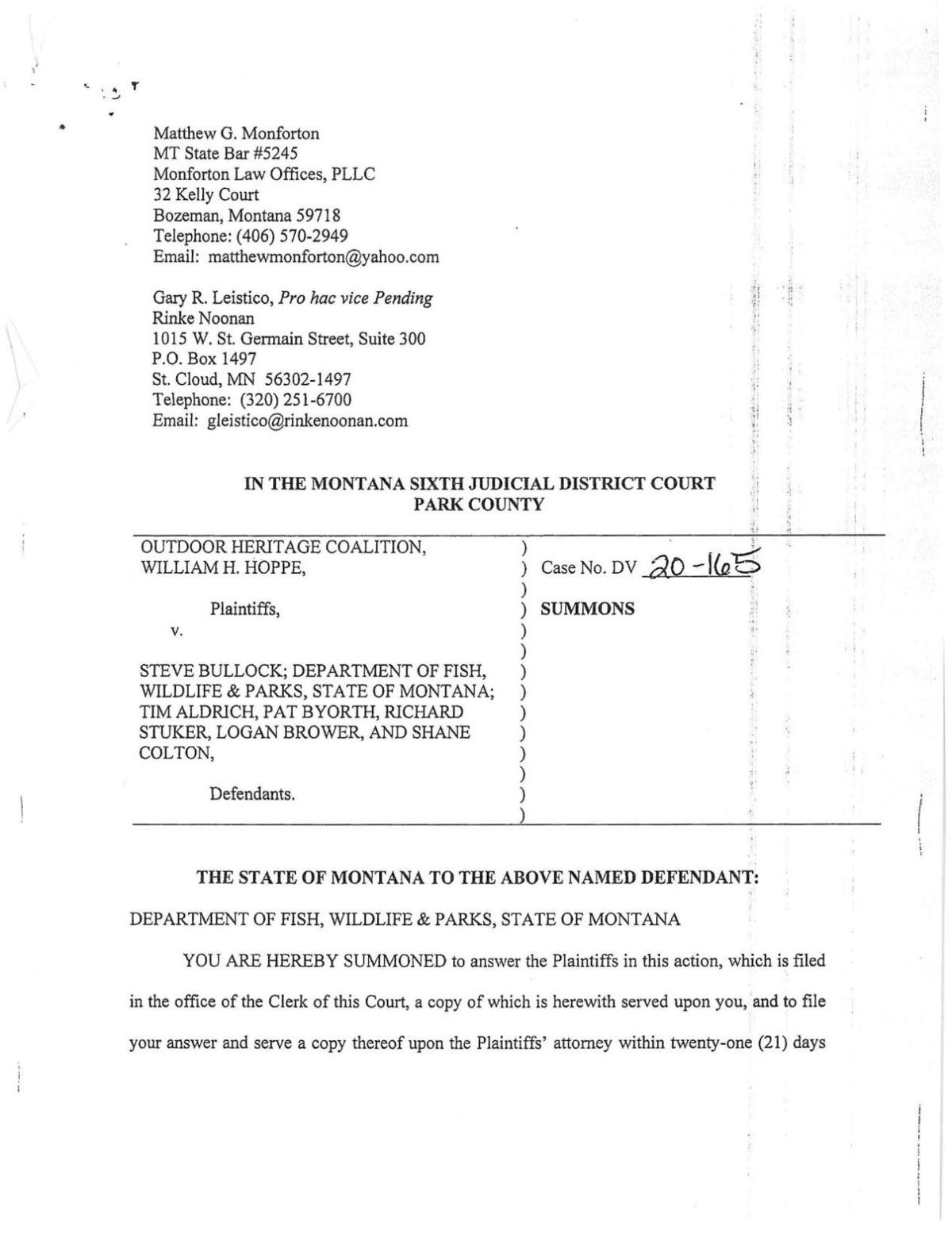 Last year, a non-profit group and Park County outfitter filed suit against the state and the commission challenging the quota areas. The Outdoor Heritage Coalition and William H. Hoppe filed the suit in Park County and recently amended it to include the new slate of wildlife commissioners serving in their official capacity.

According to their website, the coalition was formed to lobby and litigate on behalf of sportsperson’s groups against “anti-use groups.” Founders include officers in the Montana Trappers Association and hunters in the Bozeman area.

The lawsuit cites Montana’s Wolf Conservation Management Plan and points out that wolf populations in the state have far exceeded minimum numbers mentioned in the plan.

The lawsuit goes onto allege that elk numbers have dipped under the quota system, which has harmed Hoppe’s business and caused him to relocate.

Bozeman attorney Matthew Monforton, who is representing the plaintiffs, said Friday said that should the commission chose to drop the quota areas, it would secure the relief his clients are seeking.

Nick Gevock, conservation director with the Montana Wildlife Federation, said his group falls into the “radical middle” when it comes to wolf management and the quota areas, agreeing that the biological factors do not play a major role, and generally supporting hunting and trapping. The group has opposed some specifics of the new laws over ethical concerns.

But Gevock points out that wolves are not dissimilar for other species such as elk or bison that spend time in and out of national parks and opposes true “buffer zones.”

“The fact is when wolves leave the park they do enter a different management model, they leave a preservation model and enter a North American wildlife conservation model that includes hunting,” he said.

Still, Gevock says he is troubled by the lawsuit, believing it pushes commercial interests over wildlife management principles.

A Montana District Court judge will hear oral arguments Friday in Meagher County in a lawsuit brought by several conservation groups asking that the state’s approval of a copper mine north of White Sulphur Springs be canceled. 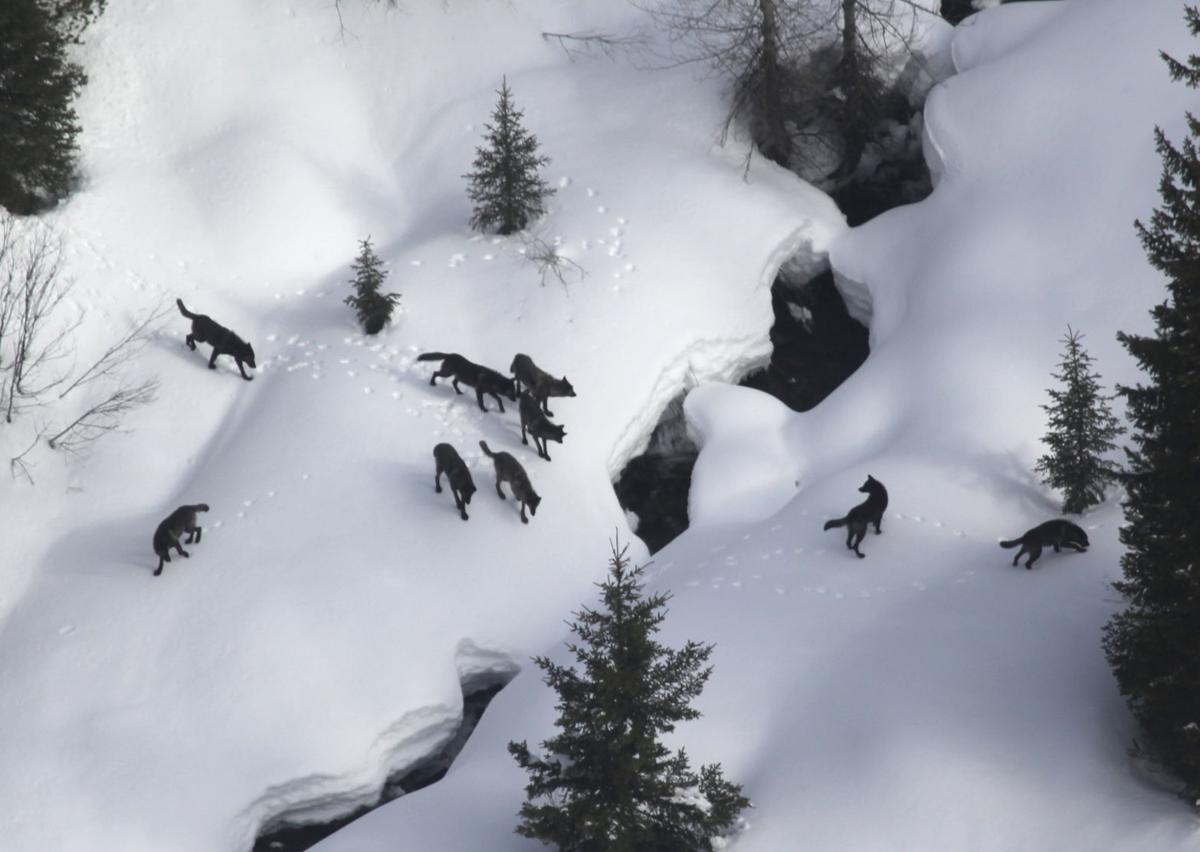 The Cache Creek Pack, west of Missoula, is pictured during a wolf counting flight conducted by Montana Fish, Wildlife and Parks on March 26, 2013. 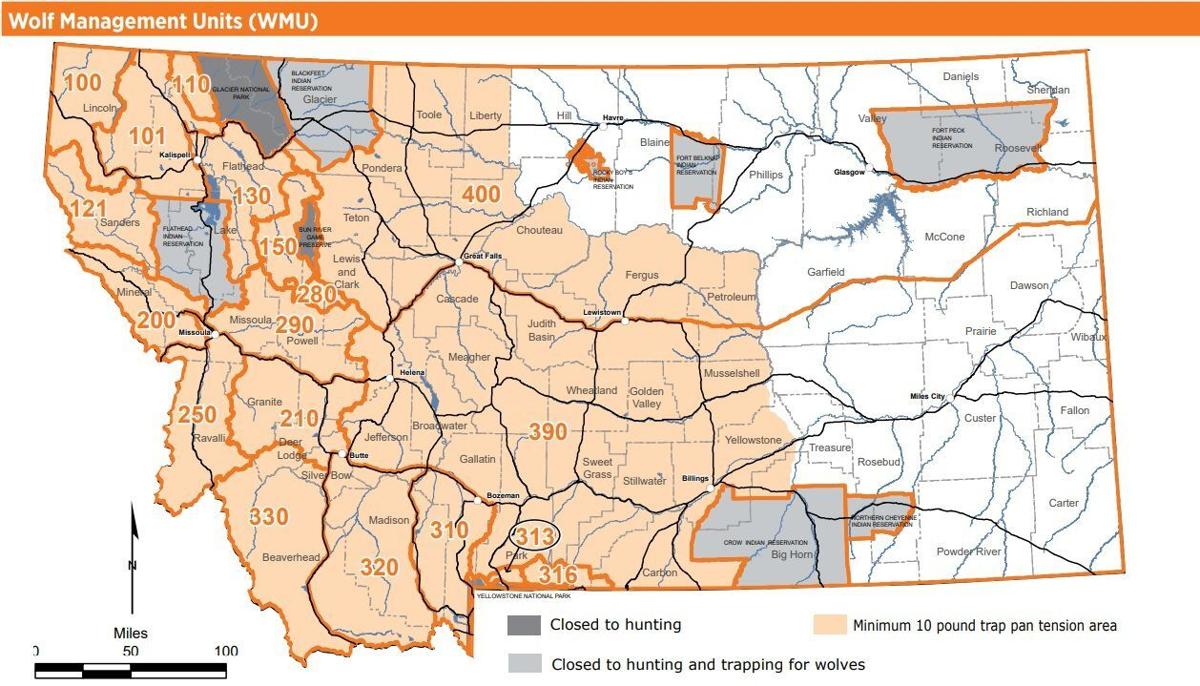