CUT BANK — Jeremy Patterson has been eying the invisible line on the prairie north of this Hi-Line town for more than a year, wondering when he’d be able to pass over it again.

Last spring the Indiana State University graduate was living in Alberta, north of the U.S.-Canadian border and on the hunt for a job. He had moved there with his girlfriend, a native of Lethbridge, who already had a job lined up in special education after they graduated together.

But when the COVID-19 pandemic indiscriminately spread over every border and boundary across the globe, the Canadian border service issued Patterson a notice: he had until the end of the day to exit the country.

His girlfriend, Cassandra Kawa, stayed behind in Lethbridge, and Patterson started his 16-month stint in Cut Bank. He stayed at a hotel for six days before he couldn’t afford it anymore and started sleeping in his car. He had experience working at a butcher shop in Indiana to put himself through college, so he found a job at the local Albertson’s and slowly built up enough rent to pay for an apartment. Within a few months, he found a place to put his journalism degree to work at the local paper, the Cut Bank Pioneer Press.

Patterson could have moved back to Indiana to wait out the COVID-19 pandemic, but Kawa lived just 100 miles north.

“I truly thought it was going to be a month or two, a little setback,” Patterson said.

Families and friends on either side of the U.S.-Canadian border had been similarly sequestered since the onset of the pandemic. But the Canadian border opened to fully vaccinated Americans on Monday, allowing Americans to travel for nonessential purposes once again. The U.S. could reciprocate the opening on Aug. 21 if the Biden administration does not extend that timeline.

Some still found roadblocks on the border's first day back in action last Monday. At the border crossing north of Eureka, Andrea Whitemarsh and her three children sat in their car on Monday for three hours waiting for her COVID test result to come into her email. The Canadian border services requires a negative test 72 hours before entry, and at 5 p.m. Whitemarsh’s 72-hour window would close. Without the test result, Canada's border service wouldn't let her enter.

“We did exactly what we were told to do,” Whitemarsh, whose family made the drive from Washington, said.

Whitemarsh is a dual citizen, originally from Canada, and she had hoped to bring her family over the border to Bull River, British Columbia, for her father’s birthday. They had brought a blue heeler-Labrador mix puppy to gift her children’s grandfather, who they hadn’t seen in two years.

At 5 p.m., Whitemarsh’s husband, whose test had returned on time, walked back over the border to their vehicle. Then they drove seven hours back to Cle Elum, Washington.

Indeed, others have found ways around the closure. Brandy Osburn, owner of Bordertown Coffee in Eureka, drove to Kalispell on Monday to pick up her partner, Charles Lynch, who had taken a $570 chartered flight there from his home 8 miles north of the border. By the end of the day, the two of them were together with their son, Charlie.

Why not take advantage of the first day the Canadian border opens to Americans?

“I chose not to vaccinated,” Osburn said.

Since the border closed, Osburn has organized three protests stateside that drew about 25 people, along with a dozen or so on the Canadian side. Their message: “Family is essential.”

People in this rural region are familiar with their counterparts on the other side. Osburn knows many who are regulars at her coffee shop. She says her business was cut by 70% when COVID hit, not just from public health restrictions but from the loss of Canadian customers, therefore cutting Osburn off from her family and her livelihood.

But, like any business that’s vaulted the pandemic’s impact on business, she adapted. Osburn got a permit to cater with her coffee company to find new opportunities outside the shop.

The economic impacts of the border closure have become political fodder for elected officials in recent weeks. Montana Sens. Jon Tester and Steve Daines, Democrat and Republican respectively, have both pushed for President Joe Biden to throw the border open to Canadian tourism dollars. The U.S. Department of Homeland Security recently extended the closures with Canada and Mexico, citing the risk of continued transmission and spread of the coronavirus. In Montana, COVID-19 cases have continued to climb, especially so in the Flathead Valley, as the delta variant surges.

Whitefish, the nearby resort community that once relied on a strong exchange rate to sustain businesses year-round, has been booming, even without the Canadian foot traffic. American travelers, unable to travel north and itching to get out of the house as COVID-19 case counts began to steadily fall earlier this year, have discovered Whitefish in a way that’s unsettled even a seasoned gift shop manager.

James was setting up the shop after opening late, and travelers were already rifling through the shirt rack. One held up a “Bear Jordan” shirt like a prize.

Tyler Tourville has lived in Whitefish for 25 years and said the number of travelers through the area has steadily increased, but it’s been on a “J-curve” since the pandemic. With a jump in business like that, Tourville, a co-owner at Glacier Cyclery, said he’s been able to observe a general shift away from the party-prone vacation vibes from the Canadians toward a more family-about-town disposition from the mass of travelers.

Agriculture producers on the plains east of the Continental Divide have also been able to carry on largely without much issue from the border closure. T.J. Wanken, 33, grows small grains, oil seeds and pulse crops near Shelby. Last year one of his combines broke down during harvest. Commercial travel has still been allowed over the Canadian border, so, with a receipt, he was able to drive to Milk River 50 miles up the road to retrieve a part for his combine instead of driving to Glasgow 260 miles away.

Certainly, producers face a few hoops, Wanken said. But when asked about the challenges associated with the border closure, Wanken speaks first about the families separated for the last year and a half.

“The people who are getting penalized by this are the ones with family on the other side,” he said.

Video chats, postcards and letters have helped people like Patterson make the best of it. Since he moved to Cut Bank, Patterson and Kawa, his girlfriend over the border, have gotten engaged. He popped the question when she flew to Montana. Although she lives just 45 minutes north of the border, they met in Billings, the most direct flight available to her.

Patterson had scheduled a COVID-19 test last Wednesday and should be cleared to travel to Canada by that Friday. He said the distance, as forcefully as it was inserted between them, has made their relationship stronger.

Northbound travel over the border opened Monday as Canada welcomed back fully vaccinated Americans, drawing a line of 30-40 vehicles by 8:30 a.m. at the Port of Sweetgrass.

Estimates say from 15,000 to 18,000 Montanans are members of health care sharing ministries. But because they are unregulated as religious organizations, the state has no clear understanding of how many ministries operate in Montana.

The department will hold a public hearing in the auditorium of the Montana Department of Public Health and Human Services on the rule changes at 9 a.m. on Aug. 13.

Bonnie Nickol, who runs Quilt with Class in Shelby, said Friday she was "absolutely" frustrated with the continued closure.

A bipartisan push in Congress to reopen the U.S.-Canadian border hit a roadblock Thursday.

U.S. to open border for fully vaccinated Canadians in November

Montana’s Canadian border will once again reopen to its neighbors from the north, conditional upon full vaccination, beginning next month. 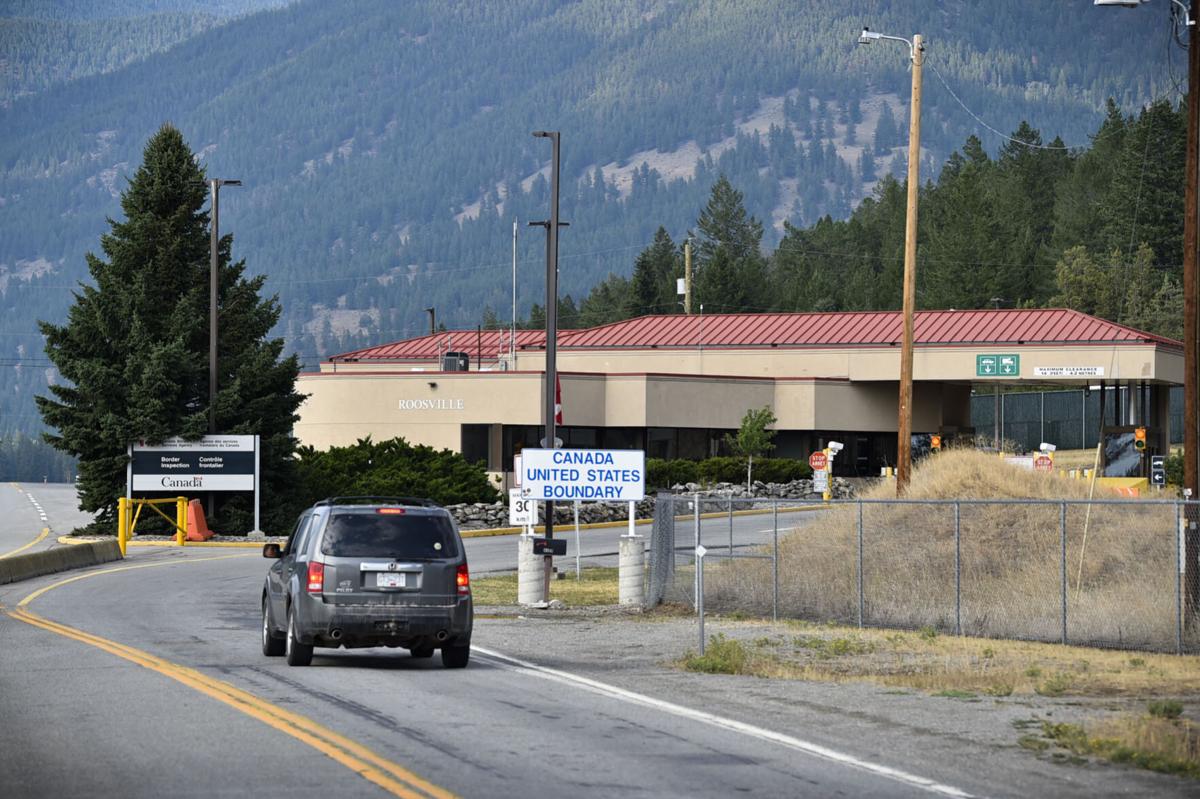 A traveler heads north into Canada on Aug. 9 at the Roosville Border Crossing on the U.S.-Canadian border. The Canadian border opened to fully vaccinated Americans on Monday, allowing Americans to travel for nonessential purposes once again. 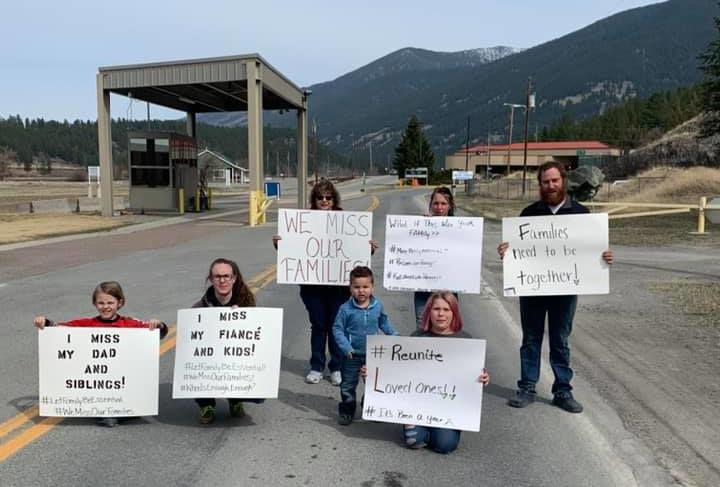 Since the border closed, Brandy Osburn has organized three protests stateside that drew about 25 people, along with a dozen or so on the Canadian side. Their message: “Family is essential.” 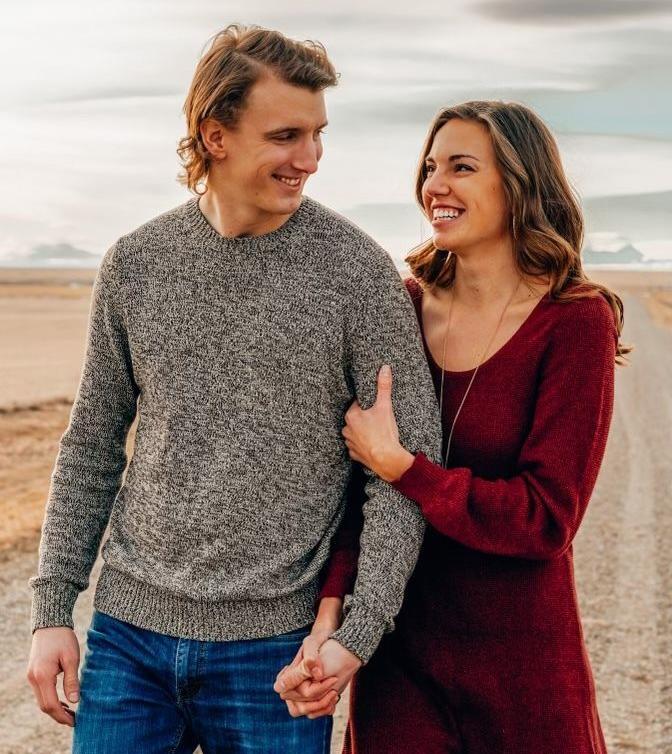 Jeremy Patterson and his girlfriend, Cassandra Kawa, have been separated on either side of the Canadian border since March 2020 due the pandemic-related border closure. 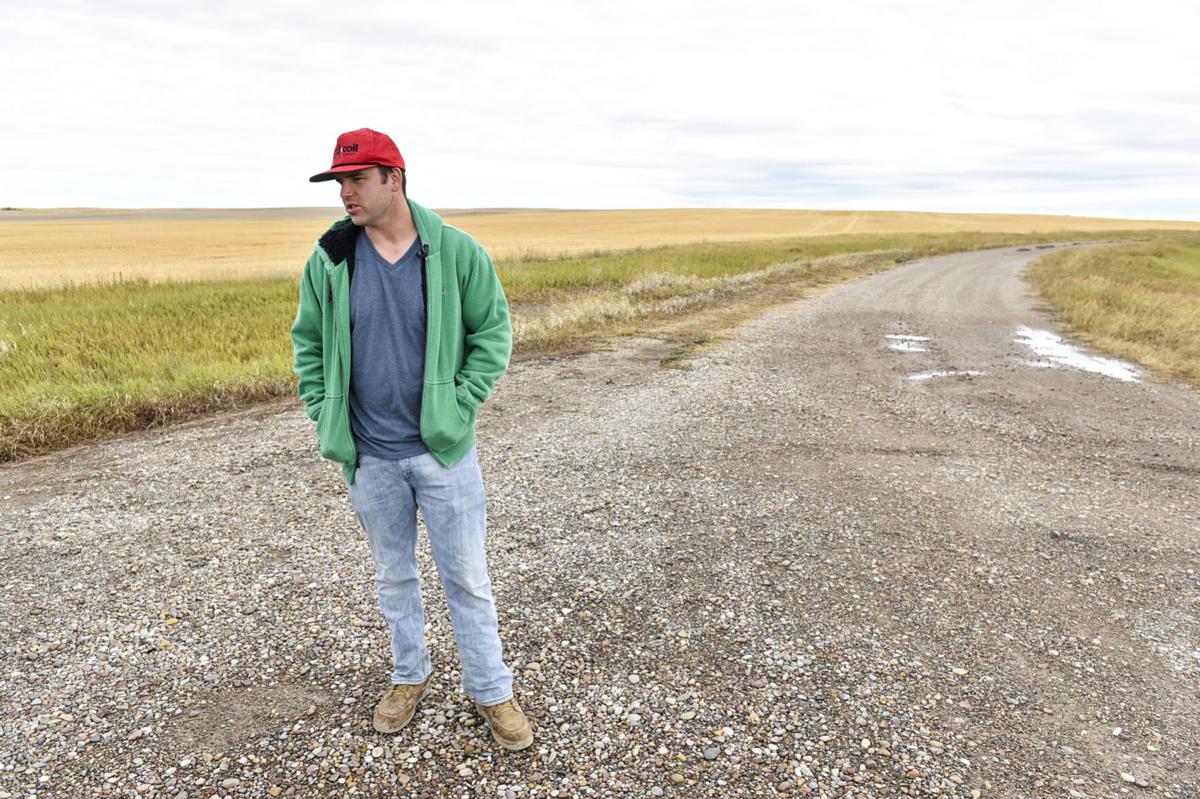 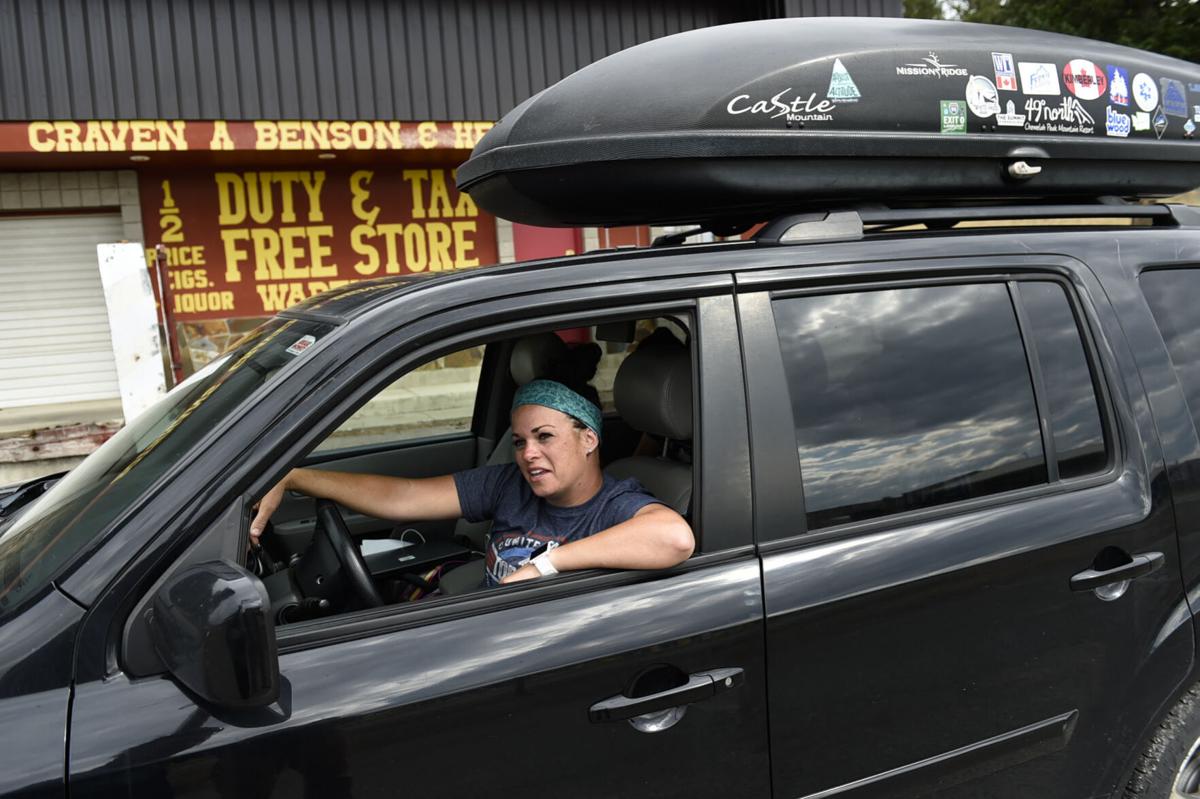 Andrea Whitemarsh and her three children sit in their car Aug. 9 for three hours waiting for her COVID-19 test result to come via email. The Canadian border services requires a negative test 72 hours before entry. 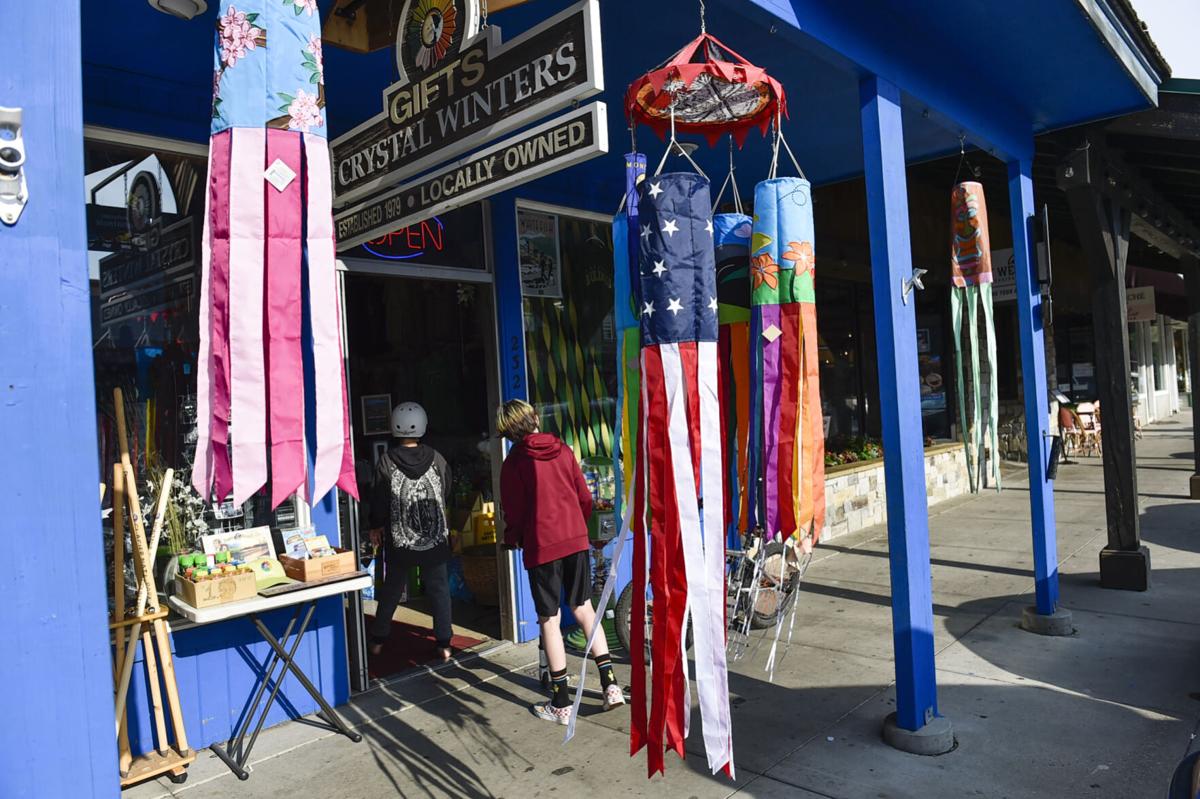 Two kids enter Crystal Winters gift shop in downtown Whitefish on Aug. 10. The resort community that once relied on a strong exchange rate to sustain businesses year-round has been booming, even without the Canadian customers. 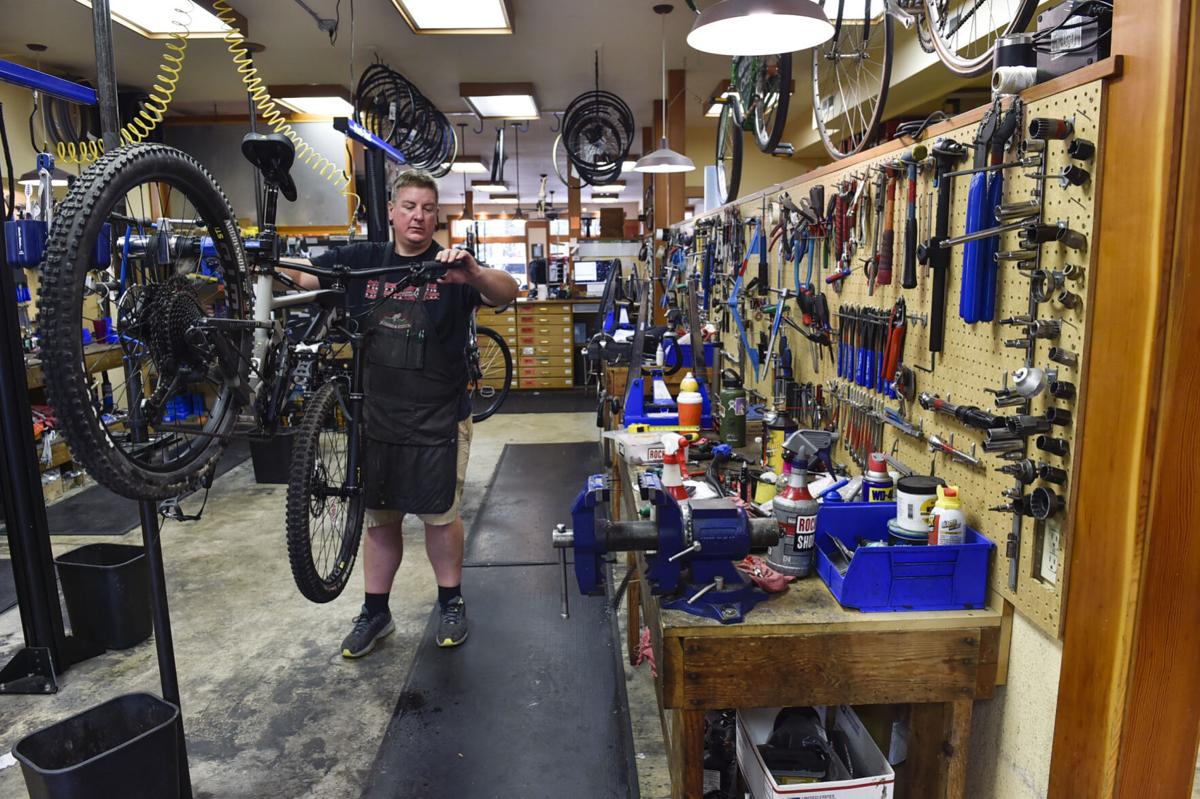 John Morris services a customer's bike at Glacier Cyclery in Whitefish on Aug. 10. 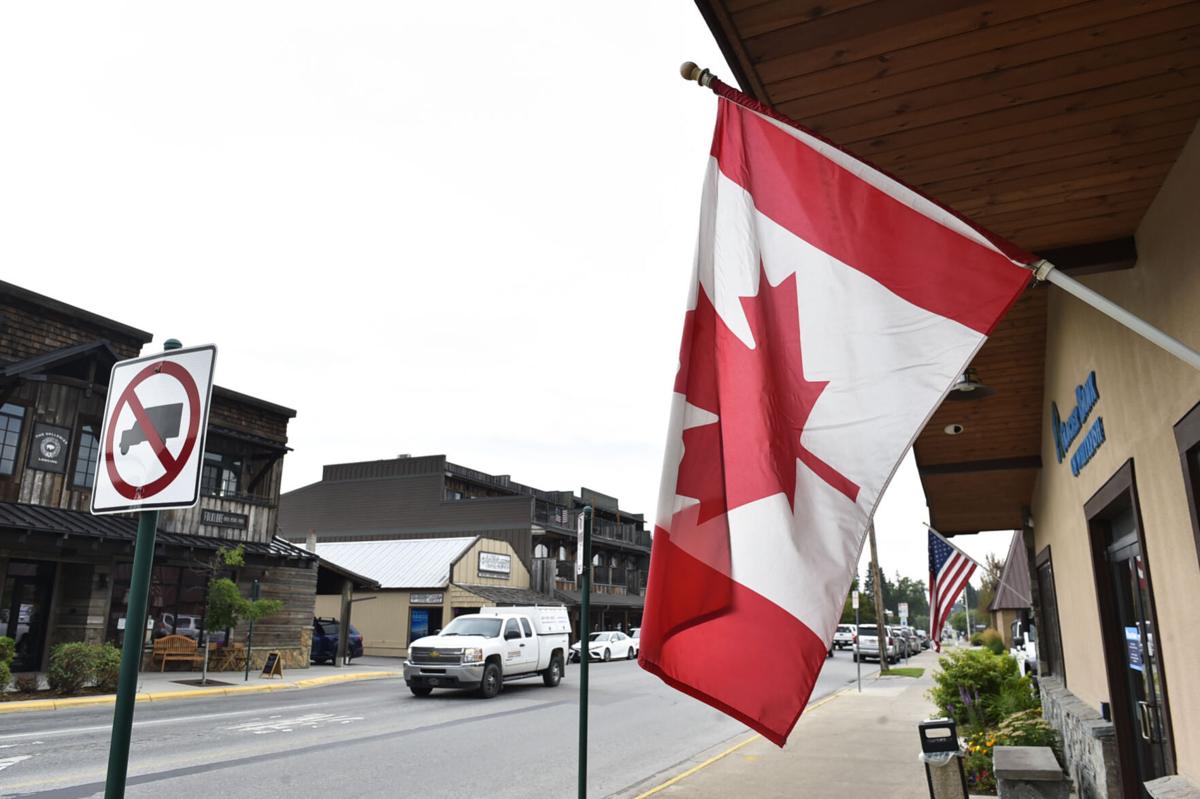 A Canadian flag flies outside the Glacier Bank of Whitefish on Aug. 10 in downtown Whitefish.