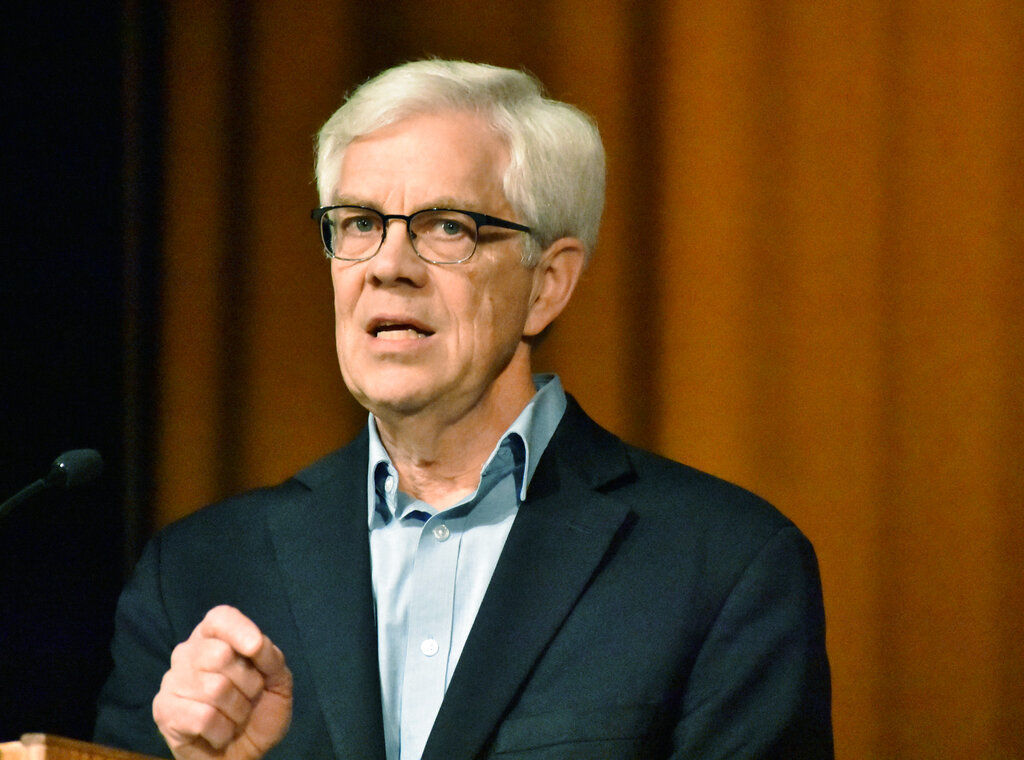 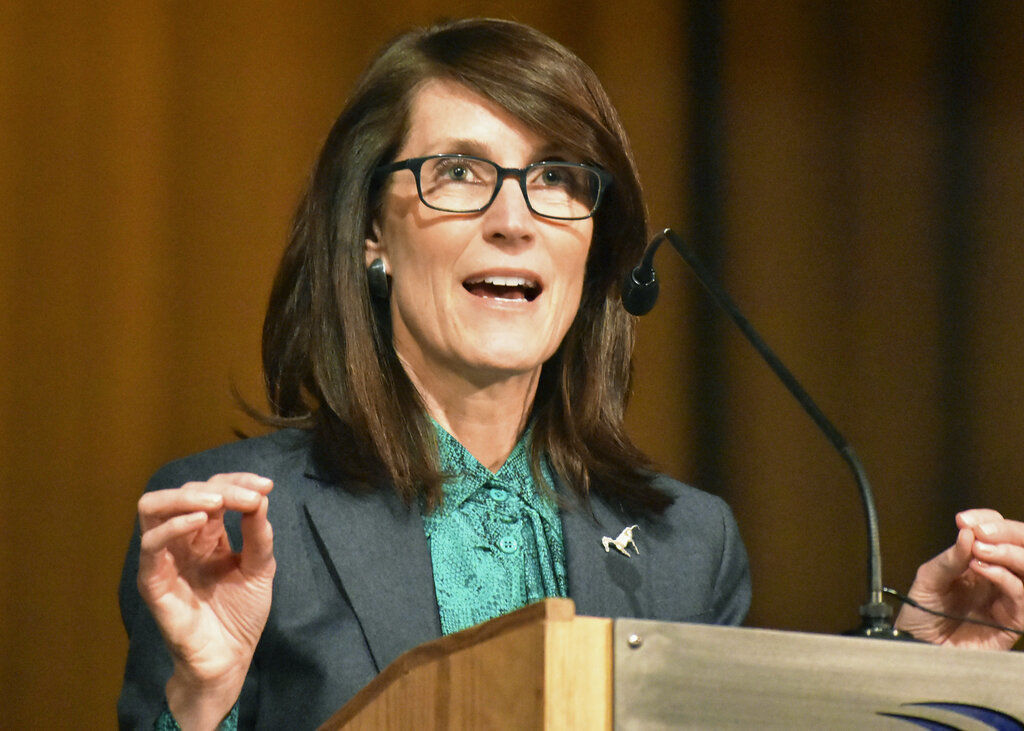 BILLINGS — Two of Steve Bullock's would-be successors are making the popular Montana governor a central issue in the race for the Democratic nomination — with starkly different takes on his job performance.

Lt. Gov. Mike Cooney, who has the backing of the term-limited Democratic governor, touts their shared efforts to expand Medicaid and encourage economic development as reasons to effectively extend the current administration another four years.

That's forced Missoula businesswoman Whitney Williams to stake out an anti-Bullock position. In an Associated Press interview and during a recent candidate forum in Billings, Williams criticized the Bullock administration's track record on education and drug treatment services and said it didn't do enough to protect mental health services from budget cuts.

It's a unusual campaign strategy for a Democrat, with party faithful viewing Bullock's two terms as a successful bulwark against a Republican-majority Legislature forcing conservative bills into law. The governor's popularity is reflected in his being the only Democrat to win statewide election in 2016.

Despite that, and the state's low unemployment rates and expanding economy, Williams says many residents have been left behind. She said she's known Bullock since elementary school and counts him as a friend but that it's time for a "fresh perspective."

"The reality that I see in small towns and rural communities is folks are really struggling," she said. "They expect more urgency on some of these problem sets. ... For me, it's just a different type of leader."

Cooney and Williams are scheduled to debate Friday in Bozeman.

For Cooney, the election offers a chance to further the progress made under Bullock to increase access to health care services, boost the economy and improve education.

"We have more Montanans at work than ever in the history of this state. We have an unemployment rate that's about as low as it's been," Cooney said. "Good things are happening."

Three Republicans are in the running for their party's nomination for the open seat: Montana Attorney General Tim Fox, U.S. Rep. Greg Gianforte and state Sen. Al Olszewski. They're hoping to break a Democratic streak that's kept the GOP out of the governor's mansion for the past four terms.

For the Democrats, both Cooney and Williams have deep roots in the state party.

Cooney's grandfather, Frank Cooney, served a term as governor in the 1930s, and Mike Cooney made his first foray into politics at age 22, when he was elected to the state House.

He was Montana secretary of state from 1989 to 2001 and later served as president of the state Senate for two years before Republicans took over the chamber in 2009. He joined the Bullock administration in January 2016, replacing former Lt. Gov. Angela McLean.

Williams' father, Pat, served nine terms as a Montana congressman. Her mother, Carol, is a former lawmaker who became the first female majority leader in the state Senate.

Whitney Williams was Hillary Clinton's travel director when she was first lady and later worked on Clinton's 2008 presidential bid.

Former Montana Secretary of State Linda McCulloch said it's no surprise that Williams is trying to set herself apart by highlighting areas where she believes the current administration falls short.

"You have to have a reason you're different than the other person," said McCulloch, a Democrat who worked with Cooney when he was a legislator and had Williams as a legislative intern when McCulloch was a lawmaker.

McCulloch said she's not picking sides in the primary and predicted that Democratic voters who have been fans of Bullock would bear no grudge if Williams prevails.

"I think the slate wipes clean after the primary because you have an opponent of a different party," she said.

Bullock's office declined a request for an interview about the race. Instead, a spokeswoman provided a written statement from the governor saying the budget cuts Williams criticized were a direct result of a Republican-dominated Legislature that failed to accurately estimate state revenue.

"It's disappointing to see uninformed and misguided finger-pointing," the statement said. "Mike and I have always led our state by insisting on strong fiscal management."

For both Democratic candidates, perhaps the biggest challenge will be to craft a message that reaches voters amid the clamor of a presidential election year, Carroll College political analyst Jeremy Johnson said.

Johnson added that voters who are paying attention to the governor's race will be making a decision based on who has the best chance to prevail against the eventual Republican nominee.

"Governor Bullock is a popular governor, so there is some difficulty in pushing against this administration," Johnson said. "These issues are important, but the broader issue is just that it will be hard to focus on their arguments when there is so much else in the news."

The Helena Police Department is searching for a missing juvenile, authorities said Wednesday.