Democratic lawmakers in a report released Monday blasted a Republican-led probe into the judiciary, calling the GOP's investigation an attempt to undermine an independent branch of government.

The minority report released by committee Democrats Sen. Diane Sands, of Missoula, and House Minority Leader Kim Abbott, of Helena, starts by labeling the committee "a coordinated effort to attack and smear the independent judiciary by Republicans in the Legislature and executive branch."

The saga began with the passage of Senate Bill 140, which expanded the new Republican governor's appointment power over judicial vacancies. A legal challenge to the bill immediately followed Gov. Greg Gianforte signing the bill. In that case, Republican Attorney General Austin Knudsen filed an email chain showing judges responding to an oppose-or-support poll on SB 140 when it was moving through the legislative process. Supreme Court administrator Beth McLaughlin, who conducted the polls on behalf of the Montana Judges Association, subsequently told Republican officials she had deleted the emails.

The committee later formed to investigate, in part, whether Supreme Court justices took part in the poll. The Supreme Court justices have told the committee they did not, and have tried to reassure Republicans the Montana Judges Association's lobbying efforts have been routine from session to session, not a forum for predetermining rulings on pending legislation that could be challenged in court.

When asked in a press conference Friday if he shared the Legislature's concerns about the judiciary, Gianforte did not directly answer.

"That is an initiative of the Legislature and the governor's office is not involved there," Gianforte said, adding he did back SB 140.

Democrats have argued the GOP's charges against the judiciary seek only to undermine public confidence in the courts ahead of what is expected to be a long list of legal challenges to the laws Republicans just passed with the help of a Republican governor. The 67th legislative session adjourned last Thursday.

The minority report cites the same legislative manual Republicans invoked in their committee report to say it had the authority to investigate the judicial branch. The Democrats' report included another passage, which states legislative investigations conducted for political purposes are improper. The proper way to pursue these allegations, Democrats argue, is through the Judicial Standards Commission, which is granted authority to discipline or remove judges by the state Constitution.

Monday's report also scolds the committee's majority for classifying questions as unanswered when the Supreme Court justices appeared before the committee and answered what questions they could. The justices during that hearing did not answer several questions, telling Republicans those inquiries were the subject of several cases currently pending in the Supreme Court. Committee Democrats in the report conclude there "is no evidence of misconduct" by the judiciary relating to the judges association or the use of public resources to contact members.

"In conclusion, the minority does not support the creation of committees for political theater," the report states. "This is a waste of public resources and an embarrassment to the dignity of the Legislature."

Chief Justice Mike McGrath, too, responded to the committee majority's report last week, explaining the engagement with pending legislation was proper because it directly related to the judiciary. McGrath said in his letter the judges association would likely be moving away from polling judges on pending legislation and give more responsibility to the association's legislative committee to provide feedback on bills.

The Select Committee on Judicial Transparency and Accountability meets again Wednesday at 8 a.m. to finalize its report.

Democrats have released their minority report on the GOP-led investigation into the judicial branch.

District Court Judge Matt Wald, of Lodge Grass, has been the district court judge in the 22nd Judicial District since 2019.

Montana Supreme Court Justice Jim Rice was the only justice last month to file a court challenge against a legislative subpoena seeking his communications. 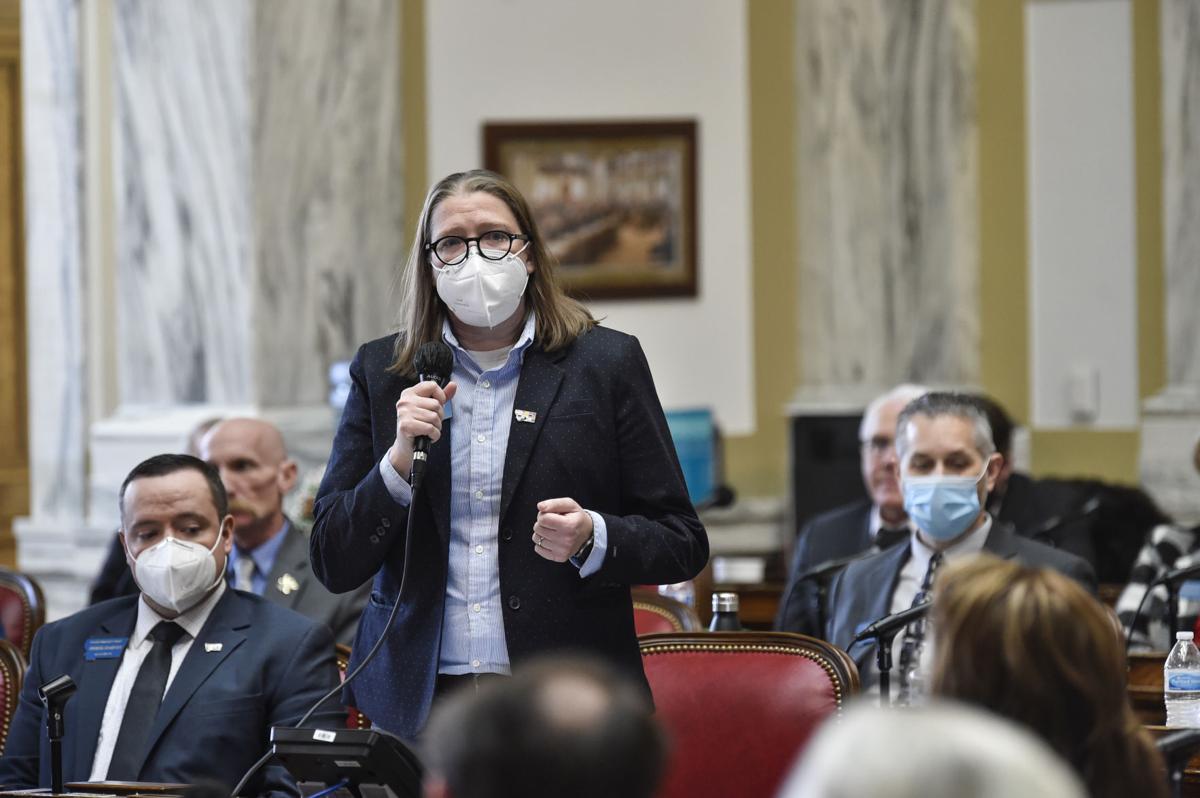