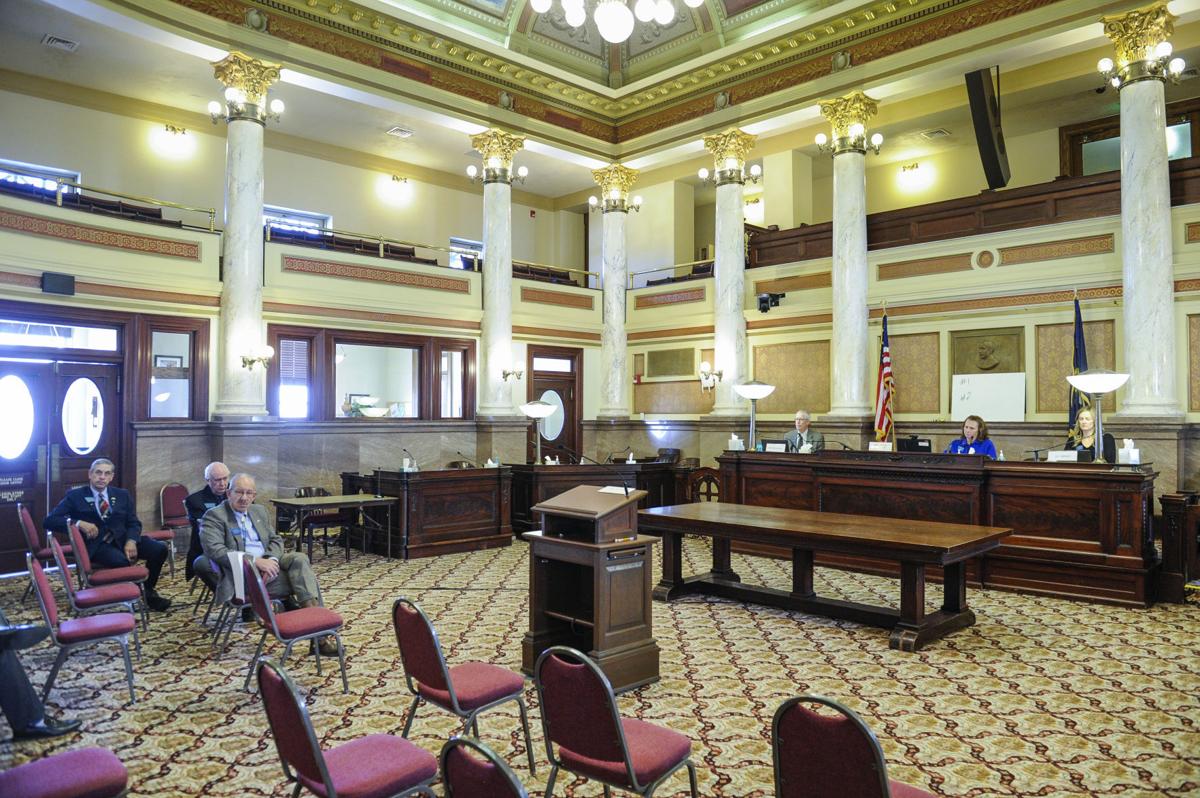 The Select Committee on Judicial Transparency and Accountability meets in the Old Supreme Court chambers inside the State Capitol on Monday. 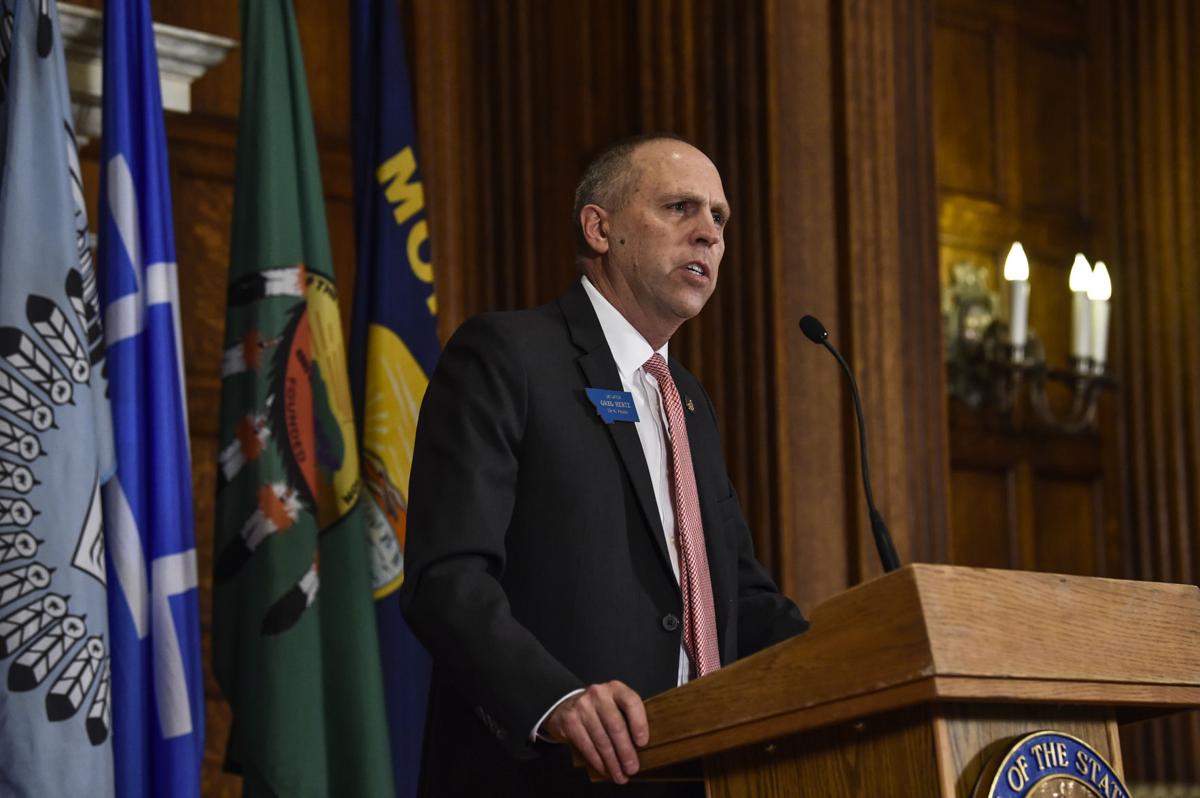 After weeks of circling each other in a rapidly escalating dispute, the legislative and judicial branches finally met Monday in the state Capitol.

The Select Committee on Judicial Transparency and Accountability hearing had all the makings of a showdown more typically seen in congressional proceedings: an email scandal, lawmakers prepared with adversarial questions and, seemingly unprecedented at any level, all seven state Supreme Court justices on hand to answer questions.

The investigative committee formed last week issued a subpoena for the justices to appear Monday. The subpoena sought any polling or other correspondence related to pending legislation. Last week the justices put the brakes on those subpoenas, as well as another for the court administrator's work computers, saying the scope and ability of legislative subpoenas needed further review.

The dispute was borne out of a legal challenge to Senate Bill 140, signed into law in March and challenged by former Republican and Democratic state officials the next day in the Supreme Court. Filings in that case revealed an internal judges poll in which judges opposed or supported SB 140, raising concerns among GOP lawmakers of judicial impartiality. The Supreme Court administrator later told Senate Republicans she deleted the emailed poll results, in turn raising new questions about the judicial branch's public records policies.

All seven justices, appearing remotely Monday, spoke before the committee about their dedication to impartiality and the need for judicial review of the Legislature's subpoena power before they answered questions about the email dispute that's been broiling since the start of the month.

"I think we are all in relatively uncharted territory," Justice Beth Baker told the committee, a notion that was repeated often throughout the afternoon's proceedings.

Montana Supreme Court Administrator Beth McLaughlin had been subpoenaed to appear at 9 a.m., but did not, instead following the court's order.

Polson Republican Sen. Greg Hertz chaired the committee and started the day by reading the questions he wanted to ask McLaughlin.

"I'm disappointed she has chosen not to appear today," Hertz said, saying he sought answers to questions about proper procedure when it came to managing state records.

"The basic issue in this matter is whether members of the judiciary or their employees have deleted or refused to produce email records of things they may now wish they had not put in email," he said later in the hearing.

Democrats contended the hearing was merely an exercise in undermining the third branch of government by the GOP-controlled legislative and executive branches. House Minority Leader Kim Abbott, a Helena Democrat on the committee, said she was disappointed the Legislature was refusing to acknowledge the court's order halting McLaughlin's subpoena.

"She is following a court order, making a choice that is in line with the independent co-equal branch of government that is the judiciary," Abbott told the committee. "I'm not not sure what this committee is doing, if I'm being honest."

As Hertz questioned the justices, one after the other told him they couldn't speak on matters pending before them in litigation. In one case, he asked Justice Ingrid Gustafson if she saw any conflict of interest in temporarily quashing a subpoena for her own communications.

"I do think it would be inappropriate for me to comment further," she responded.

The justices sought to temper the tensions of the committee Republicans by reassuring them they had not participated in the poll at the center of the dispute and took seriously their oaths of office to remain impartial. Chief Justice Mike McGrath has already recused himself from the ongoing case over Senate Bill 140 because he urged Republican Gov. Greg Gianforte and Lt. Gov. Kristen Juras not to pursue the bill that eliminated the Judicial Nomination Commission and gave the governor expanded appointment power over judicial vacancies.

House Majority Leader Sue Vinton, R-Billings, asked McGrath during the hearing how a judge could separate their own opinion from the case if they've already determined the law was unconstitutional.

"I think if a judge did express an opinion whether legislation is unconstitutional, the judge should not sit on a case where the question is the constitutionality of that particular legislation," McGrath said. "I think you will find that is very seldom that one of us, if ever, would render such kind of an advisory opinion regarding whether something is unconstitutional or not."

McGrath tried illustrating for the committee how a judges' poll can seek opinions on legislation that may affect the judiciary, but not on whether the proposed bill is legal or not.

"Nobody does a poll on the constitutionality of a bill," McGrath said. "There’s a big difference between whether a district judge thinks as an organization you should oppose a particular bill because of its policy ramifications. We don't decide ahead of time whether something is constitutional or not, that's what we do on these polls."

McGrath still disputed the email poll being characterized as inappropriately conducted on state email accounts, saying the matters polled were not personal to judges but related to the function of the judiciary. He also said the judicial branch's policy is to occasionally clear out their inboxes to save storage room.

"To my knowledge our policy regarding retention is that we’re to clear our email boxes periodically because they fill up and our IT people don't have capacity to continue to store that amount of data," McGrath told Hertz. "To that extent we do not have, and I think probably need to develop, a retention policy for emails."

At the end of the hearing, Hertz told the committee he believed the limited answers from the justices "show the Legislature is right to be concerned." Hertz said he'd begin working on a report of what the hearing turned up.

The committee will meet again at 11 a.m. Thursday to work on a draft of its report, with the final version planned for the committee's Friday hearing. That report will be brought to the full Legislature for further discussion on email retention, public records access and judicial impartiality, Hertz said.

Hertz also floated the idea the committee's work may continue after the session has ended.

The nine subpoenas issued by Republican lawmakers in the last week is a procedural outlier for the Legislature.

The Select Committee on Judicial Transparency and Accountability meets in the Old Supreme Court chambers inside the State Capitol on Monday. 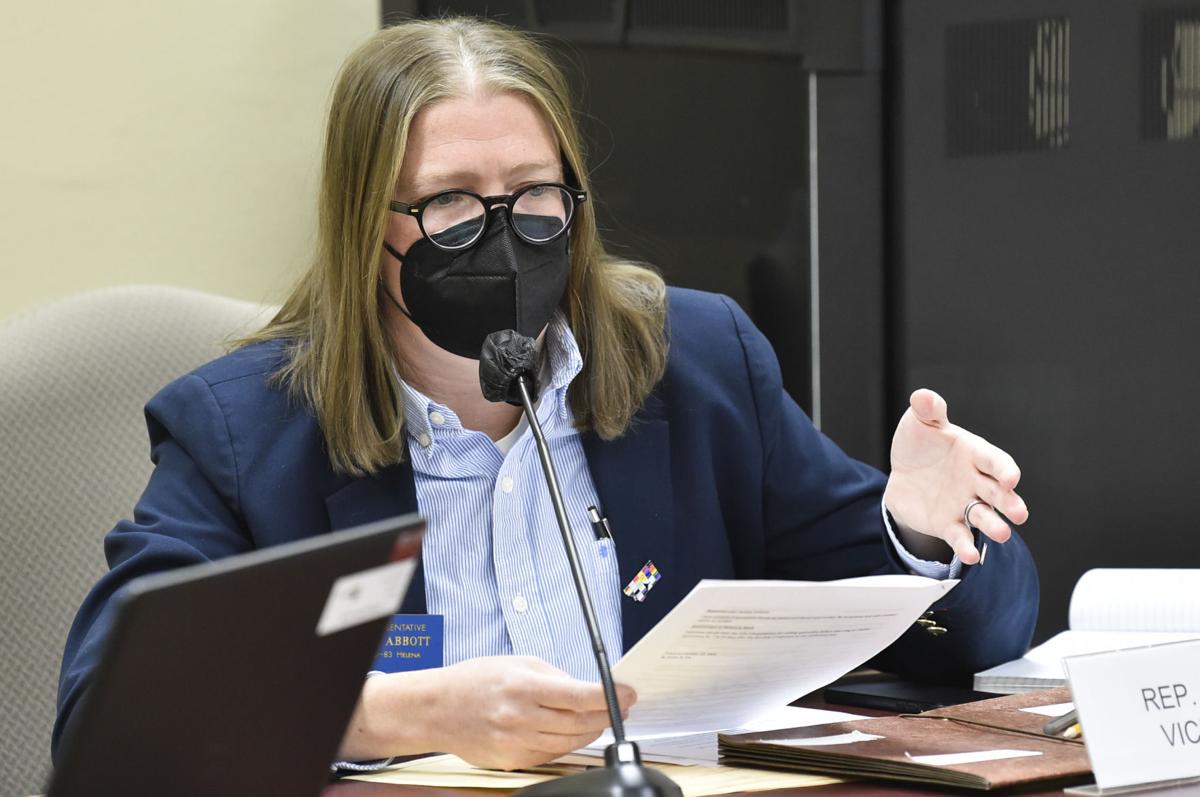 Rep. Kim Abbott, D-Helena, speaks during a meeting of the Legislative Leadership COVID-19 Response Panel in the state Capitol on Jan. 14.