Trap Free Montana Public Lands and Wolves of the Rockies filed the lawsuit in December against the agency and commission. The groups were opponents of several bills aiming to reduce Montana’s wolf numbers during the last legislative session and during corresponding regulation adoption by the commission. Debate has been contentious and garnered national attention as supporters and opponents have been outspoken over expansion of hunting and trapping, including in the neighboring states of Idaho and Wyoming.

"In the past we have always had a (Montana) FWP commission that would listen to our issues," Marc Cooke with Wolves of the Rockies said in a statement. "We no longer have that option and have had to turn to litigation to resolve our concerns."

A representative of Trap Free Public Lands declined to comment.

In part pushed by legislative changes, new commissioners appointed by Republican Gov. Greg Gianforte have taken a more aggressive approach with wolves including repealing those quotas, extending trapping seasons and allowing bait to be used for hunting.

The lawsuit focuses on two aspects of the current wolf regulations: allowance of hunting wolves at night on private land and aerial hunting of wolves.

Legal counsel for the agency said Tuesday that the state will officially deny the allegations.

Senate Bill 314 brought by Sen. Bob Brown, R-Thompson Falls, directed the agency and the commission to reduce Montana’s wolf population to “sustainable” levels. The law included a section saying the commission “may” enact certain regulations based on areas where wolf densities are highest, including hunting “on private lands outside of daylight hours with the use of artificial light or night vision scopes.”

The lawsuit says that when FWP put together a suite of wolf management options for the commission and the public to consider, the language only spoke to the “outside of daylight hours” time period and did not mention specific tools such as night vision or artificial light. The lawsuit further alleges that when the commission adopted the draft proposal, no mention was made of those tools.

But when regulations were published, they did not match the commission’s action, the lawsuit says.

“The wolf regulations currently online provide that ‘Wolves can be hunted on private lands outside of daylight hours with the use of artificial light, thermal technology or night vision scopes,” the lawsuit states.

The lawsuit then points to a separate information box that adds “infrared” to the list of technologies allowed for wolf hunting at night.

The discrepancies amount to a violation of Montana’s legal requirements for public participation during the decision-making process, the groups allege.

“At no point did FWP provide written public notice that they were considering adding various methods of night hunting for wolves, or that they would remove the aerial spotting provisions,” the lawsuit states.

On Tuesday, lawmakers received an update on pending litigation against Montana’s state environmental agencies. FWP chief legal counsel Becky Dockter said the agency was due to answer the complaint by a deadline next week and would deny the claims. She did not further explain the state’s position with litigation ongoing.

The case was filed in Lewis and Clark County District Court. A hearing has not yet been set.

The groups are asking the court to void the night hunting equipment allowance in the wolf regulations and to prevent FWP from permitting aerial hunting for wolves. The groups have asked for a temporary restraining order while litigation plays out.

As the grizzly population has grown, so too has the political divide in the country and Montana. How will polarization shape the future of grizzlies, a species that can be both revered and divisive.

Attorneys for Bozeman-based Upper Missouri Waterkeeper notified the EPA on Jan. 11 of its 60-day intention to sue.

“The court takes TC Energy at its word that Keystone XL is dead," the judge wrote.

The commission took 30 minutes of public comment, which focused primarily on hunting wolves in districts 313 and 316 along Yellowstone’s northern border.

The groups in December sued Montana Fish, Wildlife & Parks and the Montana Fish and Wildlife Commission over discrepancies in the state’s wolf hunting and trapping regulations.

The Montana Fish and Wildlife Commission on Friday is expected to adopt final hunting regulations for the next two years. 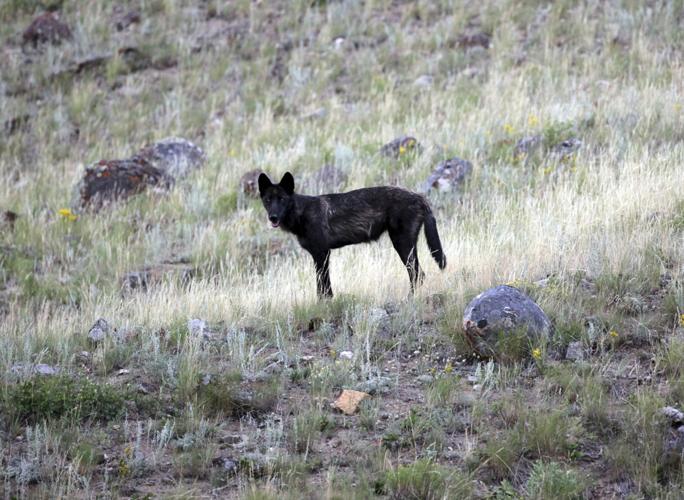