Gianforte on Tuesday signed Senate Bill 140, which eliminated the judicial nomination commission and gave himself direct appointment power of state district court judges and Supreme Court justices upon a vacancy.

Gianforte is the only defendant named in the petition. In response to an email asking for comment about the lawsuit, the governor's office said the legislation was sound.

"A simple reading of the Montana Constitution makes clear that SB 140 is constitutional," a spokesperson for the governor said Wednesday.

The plaintiffs' arguments follow closely along the positions made by opponents to SB 140 during legislative hearings.

The petition, backed with notes and transcripts of debates from the 1972 Constitutional Convention, argues the governor is not granted the ability to select appointments from an unlimited number of nominees but only has the authority to select a replacement from a list of nominees provided by an independent source. That commission was installed by the 1973 Legislature.

In the 1972 convention, delegates debated over whether judicial appointments should be made strictly by popular vote or by a merit-based selection process, but ultimately decided on a hybrid model, where nominees would go through a selection process and then be subject to election in the next cycle.

Wednesday's filing points to the transcripts, where "commission" or "committee" was mentioned throughout the process.

It also points to the convention notes, which were distributed across Montana in 1972 to inform voters who would vote on ratifying the new state Constitution. Those notes state the governor "does not have unlimited choice of lawyers as under the 1889 constitution. He must choose his appointee from a list of nominees and the appointment must be confirmed by the senate — a new requirement."

During the legislative process, Lt. Gov. Kristen Juras argued SB 140 was constitutional and that the Legislature is granted the power to determine how nominees reach the governor. In order to fall within the "nominee" definition more closely, an amendment was added to require applicants be accompanied by three letters of recommendation to be considered by the governor.

But the petition filed Wednesday said the amendment did not solve the issue.

"The entire thrust of the Montana Constitution of 1972 was to replace the Governor’s sole discretion to fill vacancies with a system that provided a list of qualified nominees derived through an independent vetting process," attorneys for the plaintiffs wrote.

Juras had also batted back concerns about Gianforte having unlimited applicants for the bench, arguing that because of the internet the governor's office could more quickly move through the appointment process. Juras was a law professor at the University of Montana and ran a failed race for a seat on the state Supreme Court.

But the petitioners argue the nomination commission was specifically designed to limit the number of applicants a governor could select from to limit the executive branch's power in the process.

Attorneys for the plaintiffs are Jim Goetz, of Bozeman and Cliff Edwards, of Billings. Goetz, reached by phone Wednesday, declined to comment on the filings.

"This one, you're going to be able to push the start button and its a fully functioning, operational marijuana system for the state of Montana," Rep. Mike Hopkins, R-Missoula, said.

Lawmakers have tabled bills that would make certain special hunting permits once-in-a-lifetime and to allow for those who trespass to collect shed antlers to lose hunting and fishing licenses.

Gianforte gets warning in killing of Yellowstone wolf 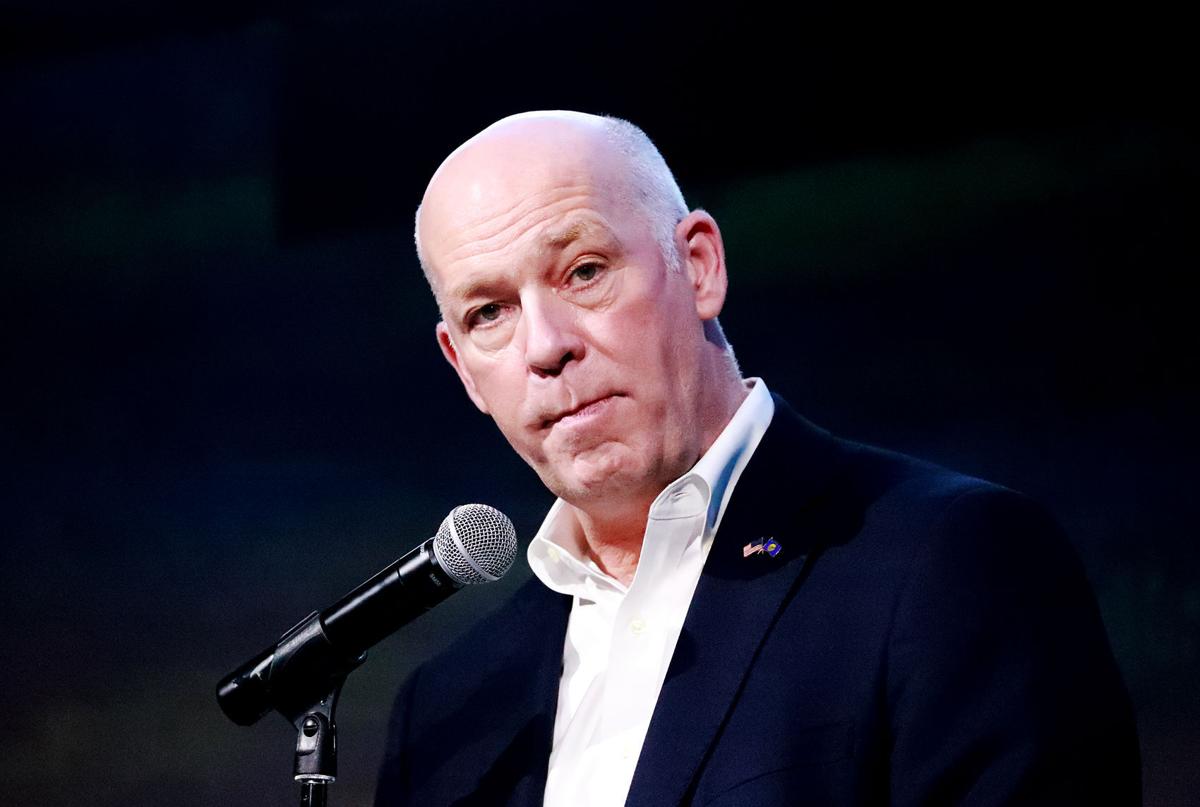 Montana Gov. Greg Gianforte speaks to leaders of Montana counties on Feb. 26, 2021, at the Copper King Convention Center in Butte.