Montana Gov. Steve Bullock has signed a bill to clarify that fossils are part of a property's surface rights, not its mineral rights, unless a contract separating the ownership says otherwise.

The bill, which passed unanimously in the House and Senate, was prompted by a legal challenge over the ownership of valuable dinosaur fossils unearthed on a central Montana ranch in 2006. The dinosaurs appeared to have died while locked in battle.

Mary Ann and Lige Murray, owners of the surface rights where the dueling dinosaurs were found, along with Clayton Phipps, who found the fossils, joined Bullock for the signing along with representatives of the Museum of the Rockies and other dinosaur museums around the state.

Phipps' 12-year-old son, Luke, gave Bullock a fossilized rib and tail vertebrae from a triceratops along with a picture of him with a triceratops he found when he was 10.

The Murrays are in a legal battle over the ownership of the dueling dinosaurs, which are believed to be worth millions of dollars. The Murrays bought the surface rights to the land where the dinosaurs were found from brothers Jerry and Bo Severson, who retained most of the mineral rights.

A federal judge in Montana ruled dinosaur fossils are part of a property's surface rights, and a panel of the 9th U.S. Circuit Court of Appeals ruled 2-1 that they are part of the mineral estate. A full panel of the 9th Circuit has agreed to rehear the case. A hearing date has not been set.

The legislation, sponsored by Democratic Rep. Brad Hamlett, does not affect the court challenge.

"This legislation may not affect our case, but this legislation will help all of those other landowners in Montana who have sold fossils and could now be sued by the mineral rights owners," Mary Ann Murray told lawmakers in February.

Women protest the world's 'silence' over crisis in Afghanistan

Women protest the world's 'silence' over crisis in Afghanistan

As a gallery packed full of onlookers watched, the Montana Senate by a 1-vote margin endorsed a bill to continue Medicaid expansion in the sta…

The “Save Colstrip” bill that could have required the state to add an increased share of Colstrip power plant debt to the rates of NorthWestern Energy customers was voted down Tuesday, though its contents could live on in another bill before the session ends.

A bill outlining a lengthy reform of Montana’s DUI laws carried by Sen. Keith Regier, R-Kalispell, is dead after it did not appear on the Sena… 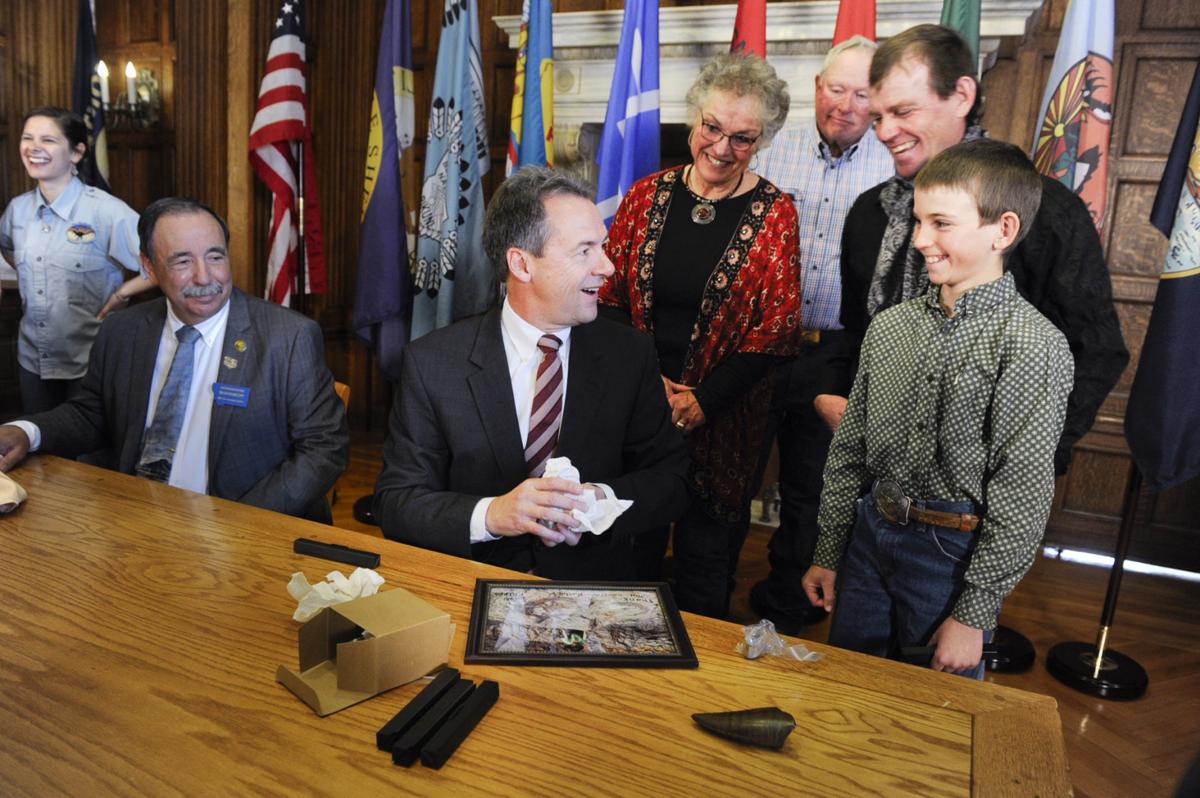 Luke Phipps, 12, right, gives Gov. Steve Bullock a fossilized rib and tail vertebrae from a triceratops Tuesday at the State Capitol after the governor signed a bill clarifying that fossils are part of a property's surface rights. 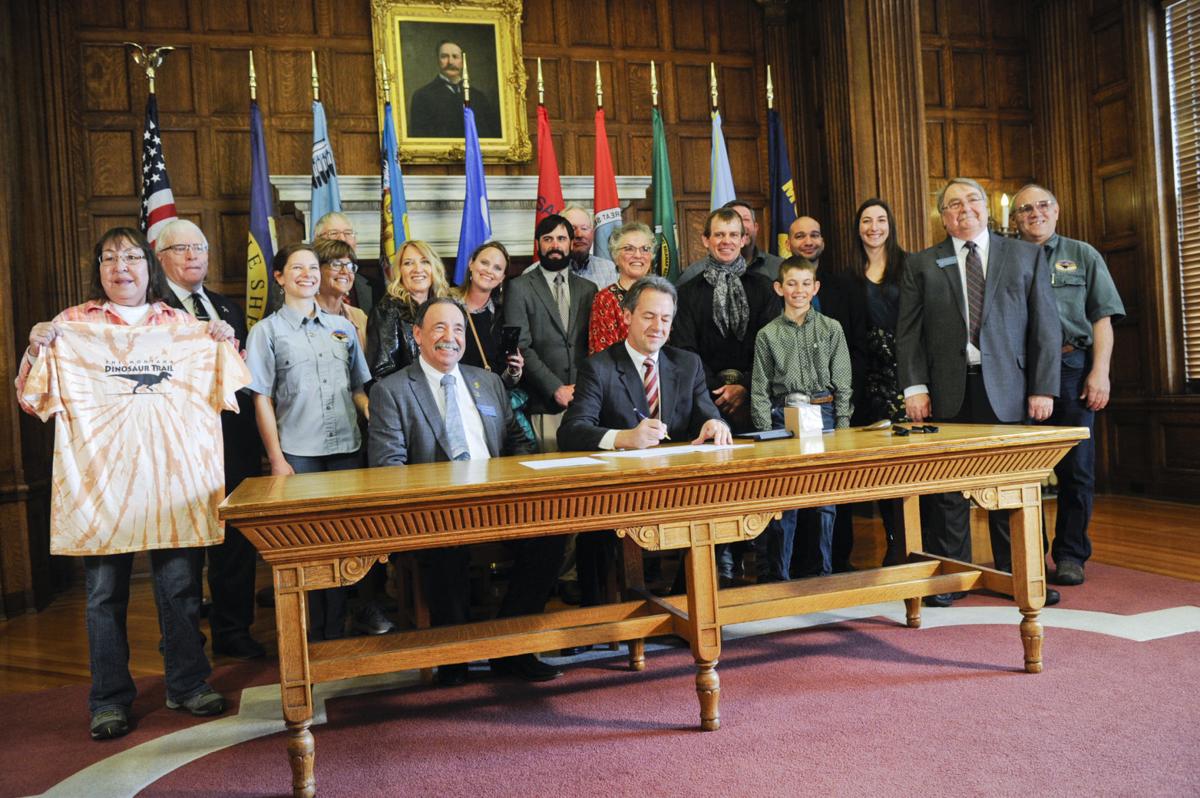 Gov. Steve Bullock signs into law a bill to clarify that fossils are part of a property's surface rights, not its mineral rights, Tuesday at the State Capitol.