Montana lawmakers are considering a bill that would ban grant funding and other private money or services from being used by local officials to run elections, a practice that has come under intense scrutiny since the 2020 elections.

Senate Bill 117 would ensure that local election offices are not influenced by outside funding, Darin Gaub, chairman of the Lewis and Clark County Republican Central Committee, told lawmakers during a Wednesday hearing. The central committee last summer adopted a resolution declaring President Joe Biden was not legitimately elected. Despite a raft of allegations since the 2020 election, no evidence has emerged to substantiate those claims.

“This is simply, in essence, a basic ethics bill,” Gaub told the Senate State Administration Committee. “I don’t believe any organization of any kind should be able to donate funds to assist and facilitate the elections … whether they mean to or not, you have the influence of impropriety.”

Similar efforts around the country in the last two years have emerged in response to $350 million in grants given to local election offices around the country by the Center for Tech and Civic Life (CTCL). The large donation was made by a foundation set up by Facebook Founder Mark Zuckerberg and his wife, earning the grants the pejorative nickname “Zuckerbucks” from some on the right who have questioned the results of the 2020 presidential election.

According to a list published by CTCL, 30 counties in Montana received grants to conduct the 2020 election. Much of the funding supported changes to election process caused by the pandemic, which prompted most counties in Montana to hold the general election solely by mail-in ballots.

Several proponents of the bill took aim at the CTCL grants, noting that several of the organization’s founders have connections to politically liberal groups. Helena resident Becky Stockton criticized Lewis and Clark County’s use of the funds in 2020, saying that informational fliers the county distributed allowed CTCL to influence the election.

“I believe it was a get-out-the-vote campaign for our election office, which is not one of their roles,” Stockton said. “It is the role of the candidates, political parties and initiative campaigns.”

In an interview Thursday, Amy Reeves, the county’s top elections official, said she understood the proponents’ wariness of counties taking money from outside groups, but noted that the CTCL grants had “no strings attached.” The fliers were not partisan, and only directed voters to resources for how to register and vote, and information about changes to the process due to the pandemic.

“It was nice to be able to do a lot of things that we wouldn’t have normally been able to do without using taxpayer dollars,” Reeves said.

The Montana Association of Clerk and Recorders, representing county election administrators, didn’t take a stance on the bill. But Regina Plettenberg, speaking for the group, did raise the possibility that language prohibiting donations of “personal services” could create issues for the volunteers that help out with local elections.

Opposing the bill were the ACLU of Montana and the Blackfeet Tribe, arguing that it could jeopardize the ability of rural, reservation-based Native Americans to access satellite election offices.

The bill’s sponsor, Sen. Shelley Vance, R-Belgrade, said it's the responsibility of local election offices to request sufficient funds from their county commissioners.

The committee didn’t immediately vote on the measure, but it appeared to attract some bipartisan opposition from members of the Legislature’s American Indian Caucus. That includes 10 Democratic lawmakers, along with two Republicans, Sen. Jason Small and Rep. Rhonda Knudsen.

“This bill would impact tribal communities negatively by restricting the already scarce funding that could go toward ensuring voting access for American Indians,” read a letter from the caucus.

A parade of Republican lawmakers and other party leaders took to the microphone Tuesday to decry the proposed legislative district maps making their way through the Legislature.

Hamilton Sen. Theresa Manzella, who chairs the Montana Freedom Caucus, said Thursday’s event was “all about” trying to get the group’s message out. 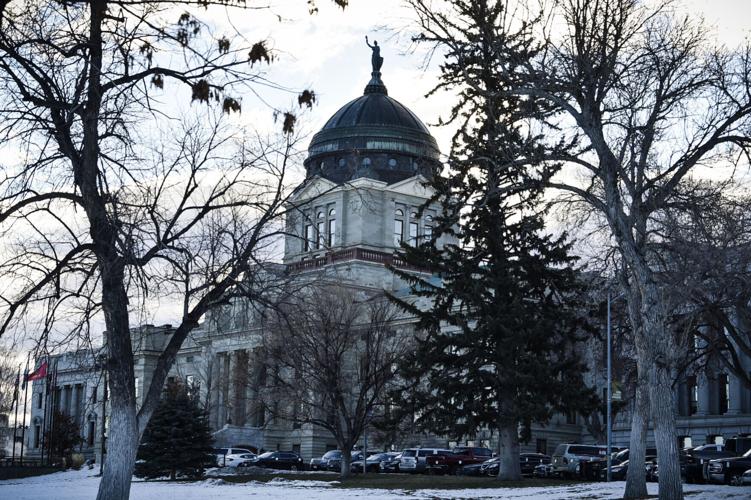 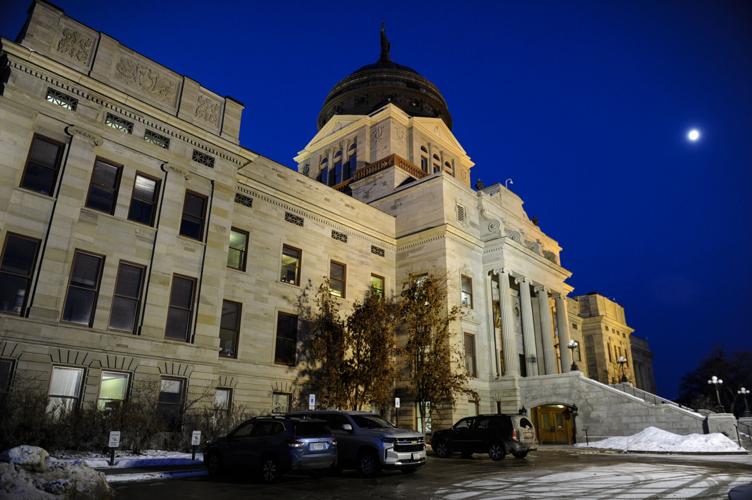 The Montana State Capitol in Helena. 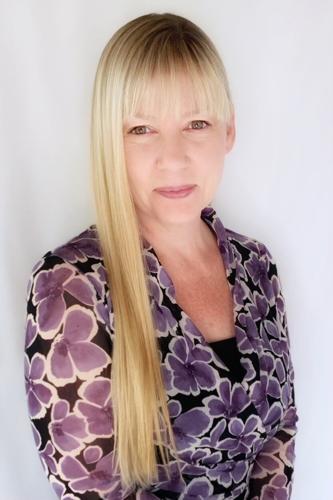