An anti-marijuana group has filed a motion to dismiss its lawsuit to overturn the ballot initiative that legalized cannabis in Montana.

Wrong for Montana, which mobilized last year under longtime weed opponent Steve Zabawa, filed the motion June 9 to dismiss its challenge of Initiative 190, the legalization measure that 57% of voters approved last year.

Zabawa's group argued the measure should be voided because it "directed" tax revenues toward specific items, while the state Constitution grants only the Legislature the authority to allocate tax revenue.

But in May, Gov. Greg Gianforte signed into law House Bill 701, the regulation and taxation legislation that overhauled the ballot initiative into lawmakers' vision for legalization.

HB 701 reworked much of the tax revenue allocations and left others untouched. Zabawa maintained in a phone interview Friday he believed voters were "tricked" into approving the initiative to fund outdoors and conservation efforts, but he was confident in the regulations the Legislature installed with HB 701.

"It seems like everything is side-boarded," he said. "I think we're ready to move on to the next chapter."

Zabawa said a number of options lay ahead for his effort, be it new legislation or another ballot initiative. Indeed, the main page on Wrong for Montana's website bears a forward-looking message, "Let's make 2023 the year we rectify the great wrong of 2020."

The state Attorney General's Office first motioned the court to dismiss the case in late May, saying the case was moot because HB 701 had effectively replaced I-190. New Approach Montana, the legalization campaign effort whose officers have since formed the Montana Cannabis Guild, joined the AG's Office with its own motion to dismiss days later.

"The lawsuit never had any merit in the first place," said J.D. "Pepper" Petersen, president and chief executive officer of the Montana Cannabis Guild, a cannabis trade association. "I don't put any merit in anything Zabawa says, ever."

Zabawa said Friday his decision to abandon the lawsuit had nothing to do with a separate lawsuit filed against his Billings car dealership last month, first reported by The Billings Gazette. The lawsuit alleges Rimrock Auto Group tried to inflate the dealership's value while selling it. Zabawa hasn't responded to the filing in U.S. District Court but said Friday the matter has been resolved outside of court.

Wrong for Montana, in its June 9 motion, asked Lewis and Clark County District Court Judge Mike Menahan to dismiss the case without prejudice, meaning the marijuana opposition group could later refile the suit. Menahan had not issued an order on any motion to dismiss the case by mid-afternoon Friday.

Some MT tribes look, others leap, into cannabis

Representatives from the Apsáalooke Nation met with state officials earlier this month to request a compact that would allow the tribe to participate in Montana's recreational marijuana industry on its own terms.

Fiscal analysts and state economists have projected tax revenues from recreational marijuana sales to come in at $13 million in 2022 and climb to $51 million by 2025.

The marijuana bill had died twice on the House side, once on its first vote in the House Taxation Committee and again Monday.

State: Road to marijuana legalization rocky, but remains on schedule

The rules set by the Legislature have caused some casualties: seven marijuana dispensaries will be require to cease operations at the beginning of the new year. 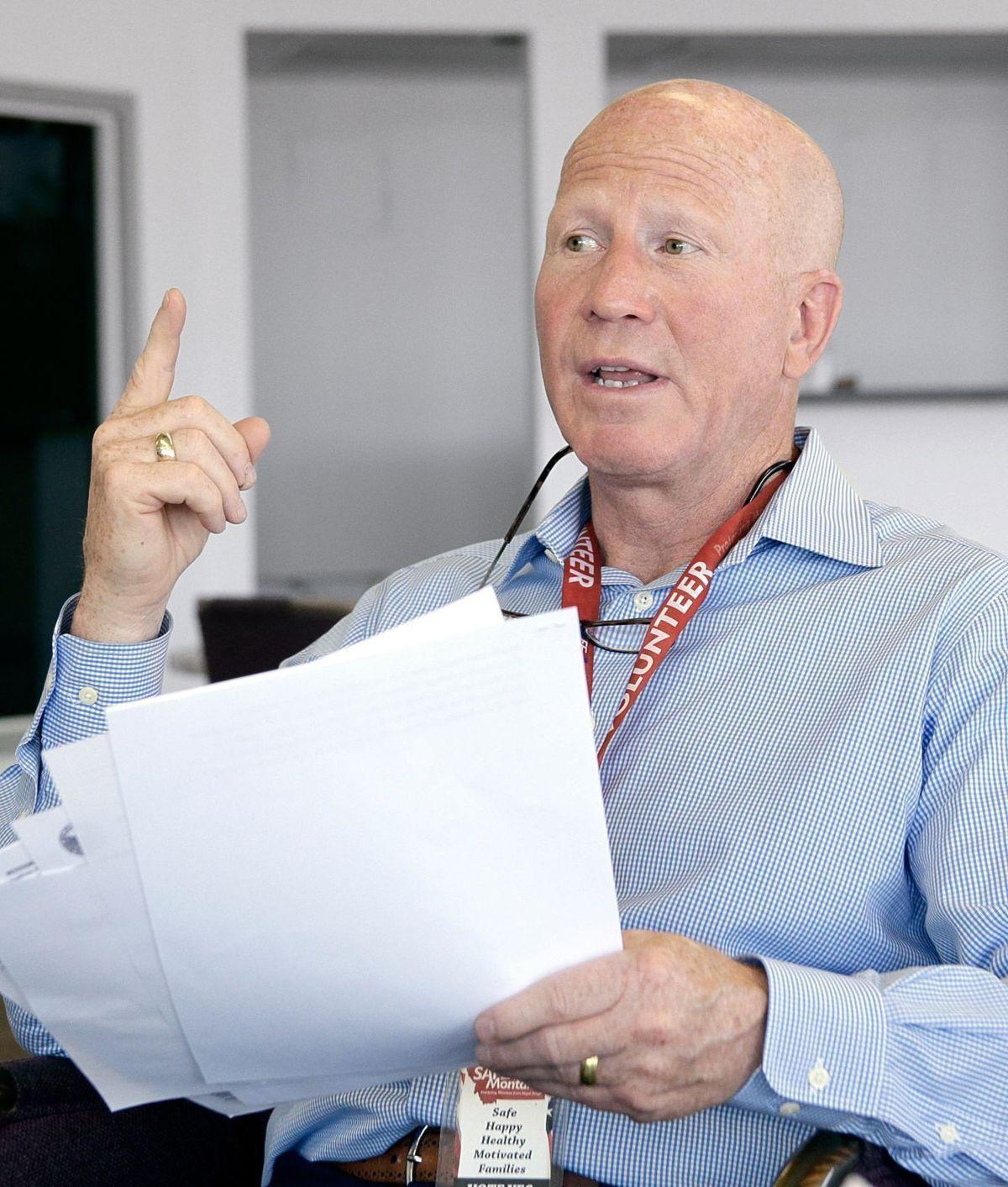