For the second time in three months, a judge has ruled against the way the Republican-majority Legislature used investigative subpoenas to access judicial records earlier this year.

Rice was the only of the seven justices to take his challenge against the subpoenas to court; the other justices have argued the information initially released following the subpoenas is confidential by law.

"The court provided a skillful and extensive review of all issues in the proceeding, which is indicative of the exemplary work done by judges every day in service to Montanans," Rice said in a statement sent to the Montana State News Bureau through his attorney. "While none of my emails or communications were improper or inappropriate, I challenged the subpoena in court to defend my office from an unlawful attack, to uphold the integrity of our institutions and constitutional system of separation of powers, and to protect the personal communications of judges.

"Today, those principles have been vindicated by the Court, and this decision will provide guidance for proper interactions between the Legislative and Judicial branches in the future."

The order, however, granted Rice one ruling he sought in the case and denied him another.

Wednesday's order stems from when the GOP-led Legislature fired off nine subpoenas for judicial records in April as it ramped up its investigation following the revelation that judges had been polled on pending legislation. The poll was conducted to gather information for a District Court judge who would testify on bills seeking to alter court functions.

Republican lawmakers used to poll to level claims of potential bias regarding legislation that may come before their courts. The legislators alleged misuse of state resources the Montana Supreme Court administrator had deleted the results of one of the polls. The Supreme Court's chief justice has defended the actions.

McMahon's 19-page order Wednesday found, as the Montana Supreme Court did in July, that the Legislature had no authority to attempt to pry judicial documents from the courts. The high court found the subpoenas invalid because they served no legitimate purpose, while McMahon's reading of state law found no authority for the Legislature to subpoena documents.

"The Legislature's authority remains subject to judicial oversight, particularly when those it 'investigates' are subjected to unlawful document subpoenas," McMahon wrote.

Lawmakers abandoned those subpoenas three weeks before the Supreme Court ruling, although the chair of the legislative probe said he still expected the justices to eventually turn over the documents. Lawmakers, through the Attorney General, argued the judge could not rule on a subpoena that had been withdrawn. In a September brief, the Attorney General's lawyers also surmised it would not have a proper place to appeal McMahon's forthcoming order, because that appeal would go to the Supreme Court where Rice sits, which was the judicial body under investigation in the first place.

McMahon's ruling also denied Rice's request to prohibit lawmakers from issuing any subpoenas in the future in the parameters of how the Legislature has so far described and justified its investigation. McMahon declined to make an advisory ruling on a hypothetical subpoena or its legality.

"This court has no jurisdiction to issue a declaratory ruling based on contingent, hypothetical or abstract future Legislative subpoenas that may never be issued to Justice Rice," Rice wrote.

The Select Committee on Judicial Accountability and Transparency, assembled in the last weeks of the Legislature, has not met or posted an upcoming meeting date since May 5.

"The select committee will absolutely continue seeking additional information from the judicial branch and working to fix ethical problems within the judiciary," Kyle Schmauch, a spokesperson for the Senate GOP, said Thursday.

The first subpoena, issued not for anyone in the judicial branch but the director of the Department of Administration, landed more than 5,000 emails in lawmakers hands in a matter of days. The agency stores state emails.

Schmauch said Thursday the emails obtained through the Department of Administration remain in the possession of the Legislature's attorneys while they mull a possible appeal to the U.S. Supreme Court. 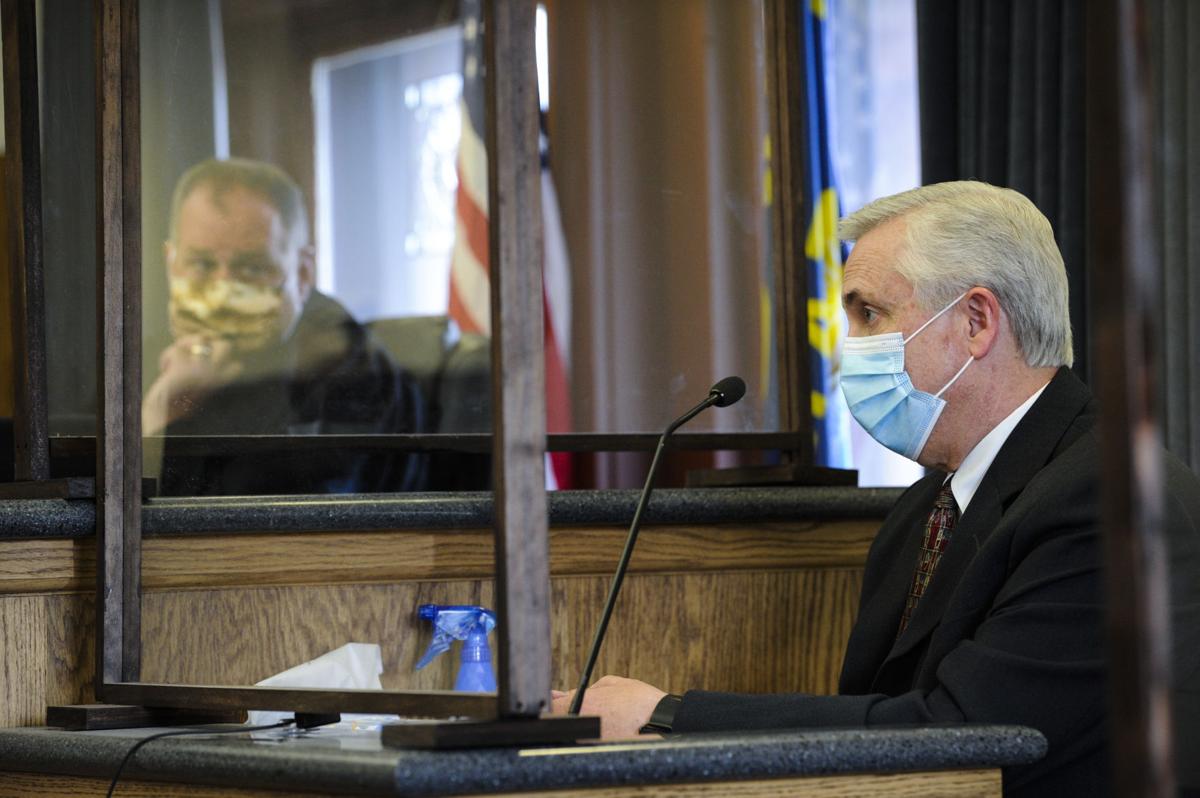 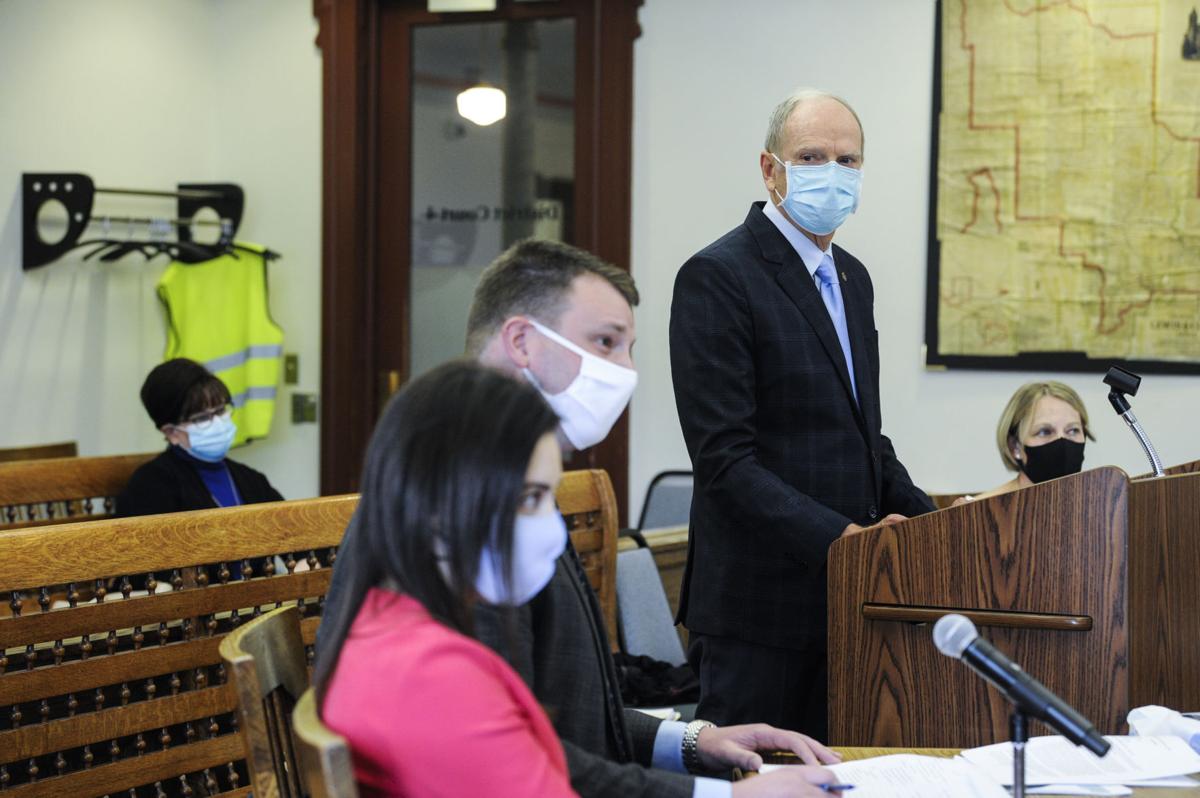 Curt Drake, who is representing Justice Jim Rice, asks question of the Supreme Court justice in Lewis and Clark District Court in May. 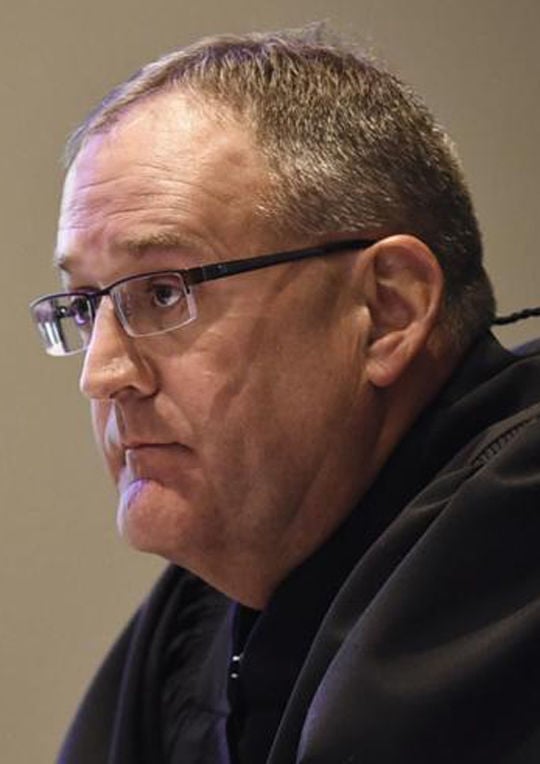