The secretary of state is backing away from plans to implement a new election system for Montana before 2020 after elections administrators around the state raised concerns about the aggressive timeline.

In a July 24 letter to the head of the Montana Association of Clerks and Recorders, Secretary of State Corey Stapleton wrote that "it does not appear to me that we will be able to implement a new voter registration system this year."

County elections administrators had previously told Stapleton they had "grave concerns" over a plan to replace the existing MontanaVotes system with a new ElectMT system before 2020, as reported by the Montana Free Press.

The 2020 elections are expected to see the highest voter turnout in Montana history — it's a presidential election year, with two federal offices and all the statewide elected officials up for election, plus other state-level, legislative and local races, and ballot initiatives.

"The whole association is extremely excited with the decision to wait and not roll it out in the 2020 election," said Montana Association of Clerks and Recorders President Stephanie Verhasselt, who is the Richland County clerk and recorder. "We do believe when the new system comes out, once we get it working and everyone trained, I think it will have a lot of features we like."

The state was awarded $3 million in federal Help America Vote Act (HAVA) money after the 2016 election. About $2 million is going toward updating the elections software and $750,000 will be used to replace voting equipment around the state.

After the 2018 general election, when old and malfunctioning voting machines delayed election results, several election administrators from around the state called for the HAVA money to be spent on equipment instead of the new system.

In the July 24 letter, Stapleton wrote that replacing Montana's system on an aggressive timeline is in part motivated by hacks into the Arizona and Illinois voter registration systems in 2016.

"Those were painful experiences for both states' personnel. When we are discussing the replacement of Montana's aged voter registration system, it's important that we include systematic risk alongside potential replacement timelines. The new system will be considerably more functional and secure," Stapleton wrote.

Verhasselt said elections administrators were working to provide information on what the new system would need to look like, but the timeline was too tight.

"We did give it our all, but as we kept going we saw more and more we were not going to meet the timeline," Verhasselt said. "We did reach out and give (Stapleton) a letter about it. He did take that into consideration and looked at the timeline with the project manager and he just agreed with us."

On Monday, the deputy secretary of state said the entire new system will "likely be ready in 2021," with several stages of implementation. Some testing is happening now, and that, along with training and more work with elections officers, will continue this year and next.

"The intentionally ambitious schedule for ElectMT is set to capitalize on this non-election year by completing most of the work (gathering requirements) by our office and the county clerks.  The overall ElectMT project and scope is on track," wrote deputy Christi Jacobsen.

Stapleton also wrote in his letter to Verhasselt that the vendor who got the no-bid contract for the system, BPro, has a "strained" workload because of projects in Arizona and Washington.

"Even if all 56 clerks and SOS are fully on-board, fully trained and ready to go, we cannot move forward this year if our vendor doesn't have the capacity to deliver they system. And that's kind of 'where we are.' So, what I propose is that we keep doing exactly what we are doing — gathering critical requirements for ElectMT and taking advantage of this non-election year. If we don't lollygag around this year, implementation should not take 3 ½ to 4 years for ElectMT (like it did with MontanaVotes)," Stapleton wrote.

No charge against Stapleton for state pickup misuse

The city of Helena will not take any action against the Secretary of State for his misuse of a state pickup.

A disputed bison bill will not become law after Gov. Steve Bullock and Secretary of State Corey Stapleton agreed to end a lawsuit filed over t…

Saying that Montana needs a “steady hand” in its next U.S. representative, Lewis and Clark County GOP Chairman Joe Dooling on Wednesday formal…

Lawmakers question Stapleton's use of pickup

Lawmakers on Wednesday grilled a stand-in for Secretary of State Corey Stapleton about the elected official's use of a state-owned pickup.

A state audit found that the Secretary of State misused a state vehicle to commute to and from work.

Two national Democratic political groups have targeted Montana races up for grabs in the 2020 election.

The Montana Secretary of State's office announced Tuesday more than $1.3 million in money for counties to update their voting equipment. 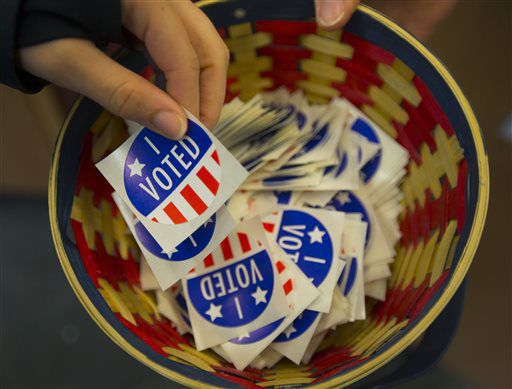 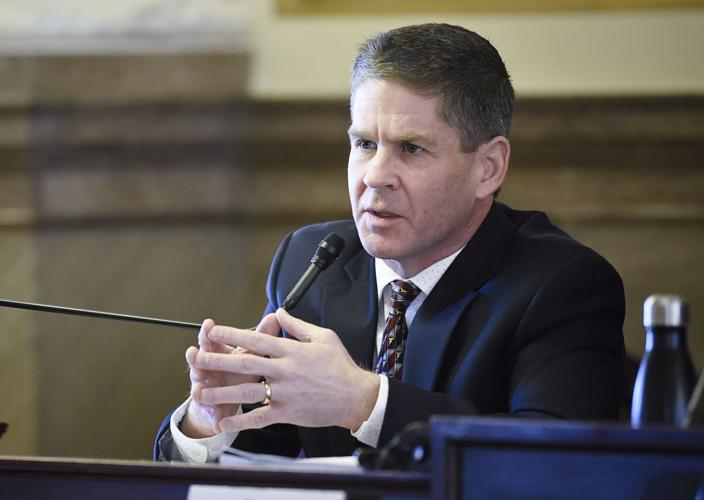