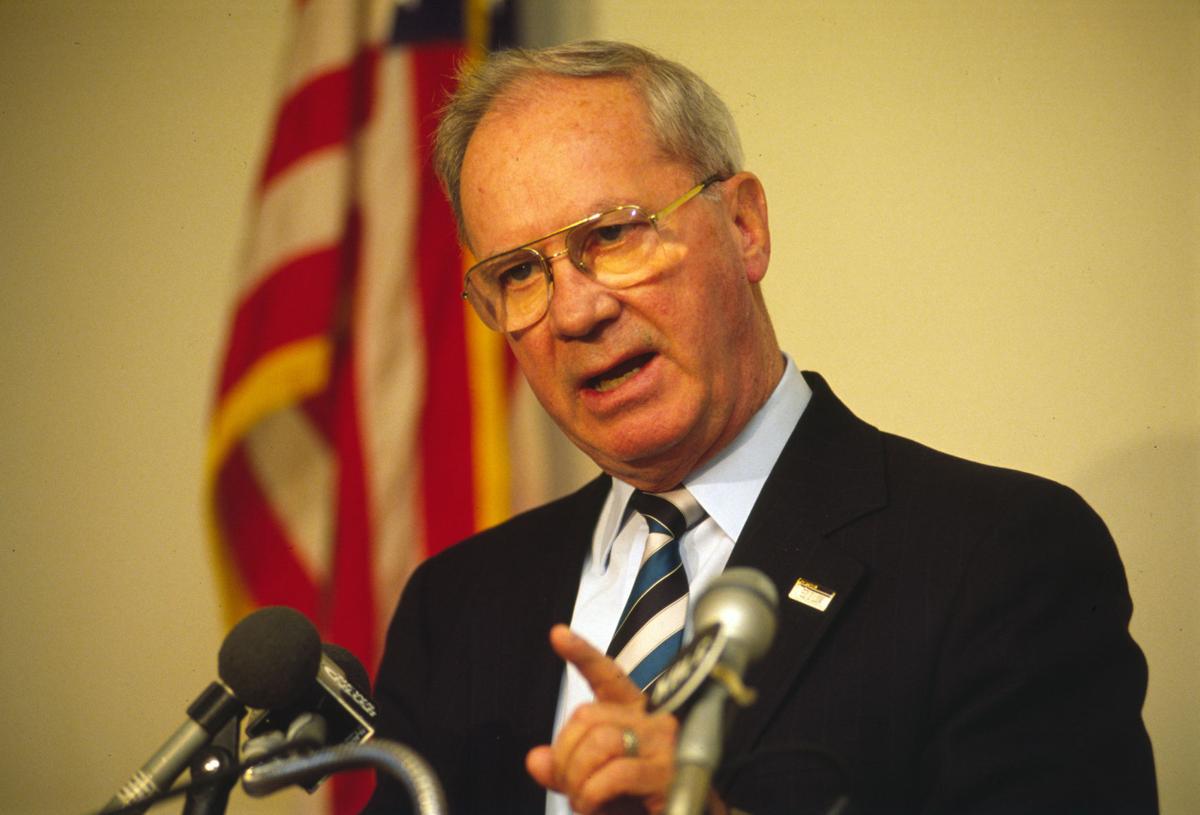 Former Montana Gov. Stan Stephens is pictured in this 1991 file photo taken during his term in office. 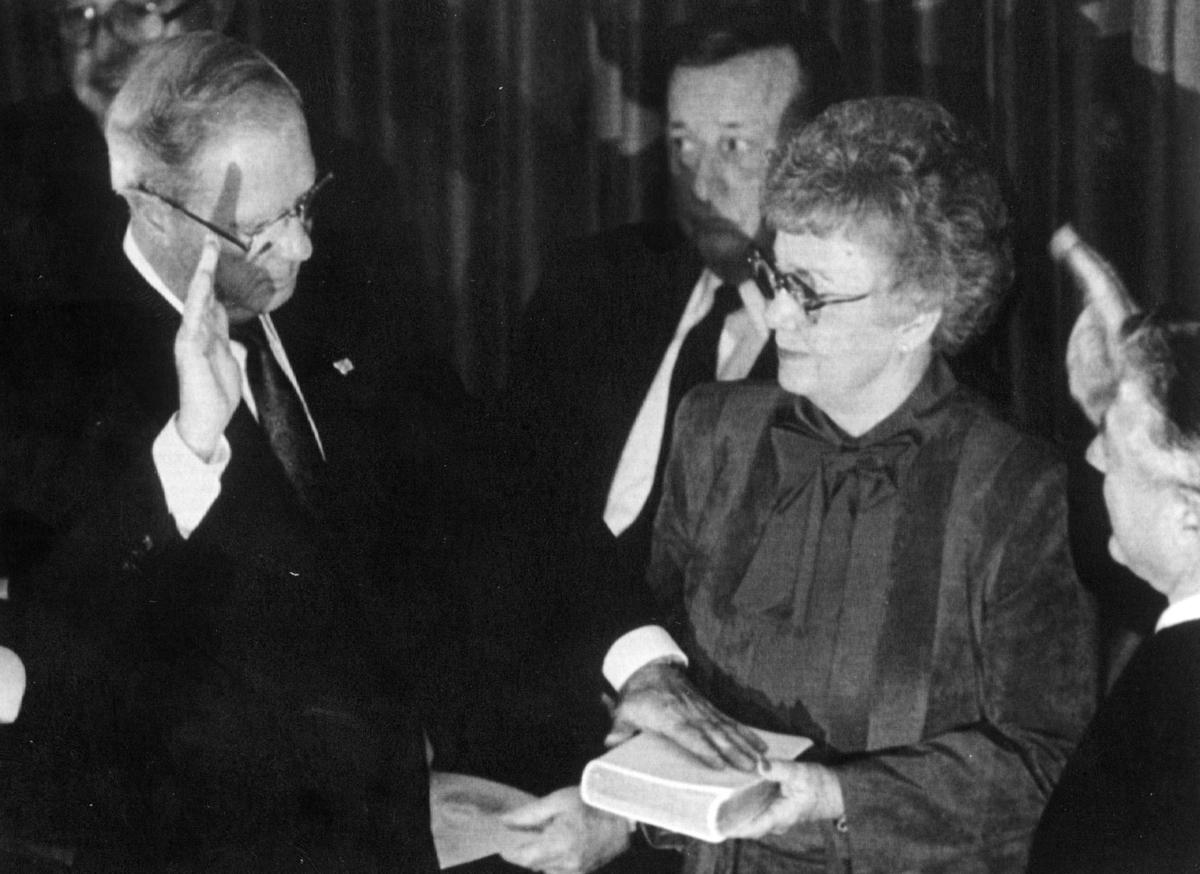 Ann Stephens, right, holds the Bible while her husband Stan is sworn in as Montana's 20th governor in 1989.

HELENA — Former Montana Gov. Stan Stephens, a radio journalist who became a leading Republican lawmaker, has died. He was 91.

He was born in Calgary, Canada, and moved to Montana when he was 19 to harvest wheat. During his decades-long career in broadcasting he served with the U.S. Armed Forces Broadcast Network during the Korean War.

Prior to his tenure as governor, Stephens was a member of the Montana Senate representing Havre for 16 years beginning in 1969. During that time, he served as majority leader and Senate president.

He married his wife, the former Ann Hanson, in 1954 in Havre, where he worked at KOJM radio station as a writer and announcer before buying the station in 1965 with two colleagues. In 1975, he was awarded the prestigious Edward R. Murrow journalism award for uncovering a scandal in the state Workers’ Compensation Program.

After Stephens got into politics and served in the Legislature, the governor’s seat was left open in 1988 when former Democratic Gov. Ted Schwinden did not seek a third term. Stephens’ primary opponent and the Republican frontrunner, former Secretary of State Jim Waltermire, died in a plane crash two months before the election, easing the way for Stephens to capture the party’s nomination. He prevailed in the general election over former Gov. Thomas Lee Judge.

After deciding not to seek a second term to health concerns, Stephens retired to Kalispell with his wife, according to his official biography.

Current Gov. Greg Gianforte described Stephens as a thoughtful leader who was “a central figure in our state’s politics for a quarter century” and devoted his life to public service.

A private memorial service will be held in Kalispell on Friday, Brendan said.

“He was probably the most decent person you'd ever want to meet,” said Brendan, who also served as the co-chair of Stephens' gubernatorial campaign. “He brought decency and honesty back to state government while he was governor.”

Stephens is survived by his two daughters Lannie Gillin and Carol Donaldson, along with several grandchildren and great-grandchildren. Ann Stephens died in 2017.

When Tim Olds saw he was losing his property to Lake Helena an inch at a time, he decided it was time to take action.

Montana did not report any additional COVID-19 cases or deaths on Monday due to a system update to the Department of Public Health and Human Services' reporting database on Sunday which prevented reporting cases to Monday's update.

Former Montana Gov. Stan Stephens is pictured in this 1991 file photo taken during his term in office.

Ann Stephens, right, holds the Bible while her husband Stan is sworn in as Montana's 20th governor in 1989.