In a unanimous vote, the Montana Fish and Wildlife Commission on Thursday approved the purchase of 5,677 acres in the foothills of the Big Snowy Mountains, north of Ryegate.

The measure must now go to the state Land Board for approval. It's next meeting is Sept. 19. If OK’d, the new wildlife management area could open to the public by next year.

The land is being sold by Helena-based Shodair Children’s Hospital for $8.22 million. The property was donated to the company by the Forrest Allen estate. Allen’s parents, Stanley and Carrie Allen, homesteaded in the area in the early 1900s.

Seventy-five percent of the payment for the land purchase would come from federal Pittman Robertson Wildlife Restoration funds with the other 25% from Habitat Montana, money collected from hunting license sales and taxes on recreational marijuana.

The project has been more than two years in the making.

Shodair’s CEO, Craig Aasved, told the commission the sale of the property will benefit the Montana children that the facility cares for, helping to fund the completion of a $10 million medical office building for genetic services and an outpatient clinic. This is in addition to a new $66 million hospital under construction.

Shodair was assisted in its attempt to ensure the land went into public hands by the Rocky Mountain Elk Foundation. The Missoula-based group’s Mike Mueller called the land deal a public access project “beyond your wildest dreams.” In recognition of that, Mueller said RMEF awarded its largest grant ever – $250,000 – to help fund the construction of a parking lot, weed treatment and fencing that FWP has planned at a total cost of $714,000.

“We’re excited about this one,” Mueller said.

Montana Fish, Wildlife & Parks’ staff, including regional wildlife biologist Ashley Taylor, drew praise for thoroughness in preparing the proposal. Thomas Baumeister, of the Montana Chapter of Backcountry Hunters and Anglers, called it a “flawless project,” and Commissioner Pat Tabor of Whitefish said it was “exceptional work” by FWP’s staff. Rod Bullis, of Helena Hunters and Anglers, called the decision the right thing to do and a project that will be a significant part of the commission’s legacy.

Lewistown-area resident Dick Raths encouraged anyone supporting the land purchase to urge the State Land Board to support the acquisition. The Land Board is composed of the governor, secretary of state, superintendent of public instruction, attorney general and commissioner of securities and insurance.

According to FWP’s environmental assessment, “the proposed Big Snowy Mountains WMA is entirely native mountain/foothill and prairie grassland habitats,” ranging in elevation from 4,750 to 6,000 feet. The acreage provides habitat for elk, deer, black bears, the occasional moose, mountain lions, bobcats, pronghorns and other native species, including at least 22 state Species of Concern.

“The property is surrounded by large absentee landowners who rarely allow recreational opportunities to the general public,” the EA stated. “The lack of public access to elk is the largest contributing factor to the elk population being roughly 900% over objective.”

An existing 15-year grazing lease is in effect until April 1, 2031, which FWP will honor.

A complete Big Snowy Mountains WMA Management Plan would be written within the first year of ownership.

The WMA would be closed each year to public recreation from Dec. 1 through May 15 to allow wildlife undisturbed access to winter range habitat.

Motorized use would be restricted to designated roads and parking areas.

Projects that will ease access to the Beaverhead River near Dillon and the Clarks Fork River east of Missoula were approved by the Montana Fish and Wildlife Commission on Thursday.

The popular Sha Ron fishing access site outside East Missoula, along old Highway 200, would see additional parking under an agreement with Missoula County and the Montana Department of Transportation.

West of Dillon, Montana Fish, Wildlife & Parks has proposed a new fishing access site at Cornell Park. The 3.5-acres would be donated by the Beaverhead Trails Coalition, a nonprofit that owns the surrounding parcel. The department is projecting closing costs at $6,000 along with annual operating costs of $2,000.

To create the fishing access site the department would install a gravel boat ramp, walk-in access points along the river and new picnic tables and fire rings. The estimated cost of the improvements is $65,000.

Dan Downey, president of the Beaverhead Trails Coalition, said the access five minutes from town also provides bird habitat in surrounding cottonwood trees. He called it a great project to benefit Dillon residents and their permanent access to the river.

The parking project next to Sha Ron FAS near East Missoula will help lessen traffic problems along Highway 200 where floaters now congregate in summer months to tube down the Clarks Fork River. The land would be developed through a no-cost recreation management permit negotiated with MDT. Missoula County has agreed to develop the property for overflow parking. A pedestrian trail would connect the parking area to the fishing access site.

Lawmakers say a fatal bounty hunt in Butte was a "tipping point" to bail bond legislation at the Statehouse in Helena.

The reforms come with some subtext as the state still faces litigation against bills the 2021 Legislature passed, which has featured some procedural maneuvers Republicans have rebutted as unfair.

Will fish and wildlife issues again be some of the most hotly debated issues of this session, or will the 68th Legislature be marked by more consensus-building and agreement for a state known for its natural resources and wildlife?

Gov. Greg Gianforte struck a triumphant tone in his second State of the State address to the Legislature on Wednesday night.

Hamilton Sen. Theresa Manzella, who chairs the Montana Freedom Caucus, said Thursday’s event was “all about” trying to get the group’s message out.

Labor groups oppose a bill that would require public employees to sign a consent form each year affirming they want to remain in a union.

Senate Bill 112 would give pharmacists the ability to prescribe what bill sponsor Sen. Tom McGillvray said was a narrow scope of medications.

The balance of rights for landlords and renters has long come with an inherent tension.

The Allen ranch is about half native prairie and half wooded foothills. The property is located in Golden Valley County north of Ryegate at the base of the Big Snowy Mountains. 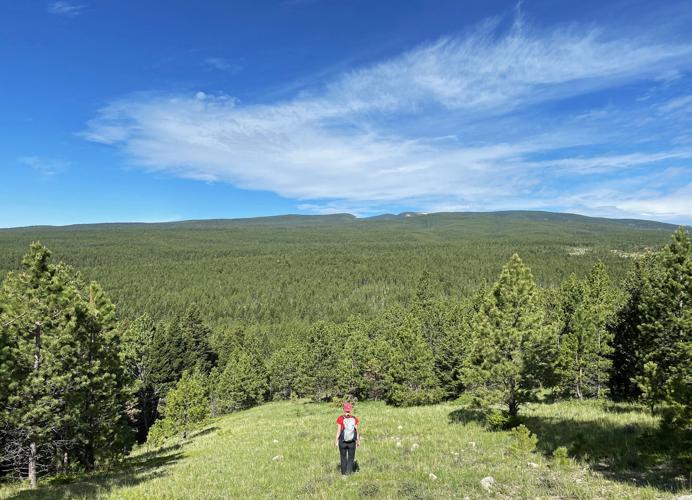