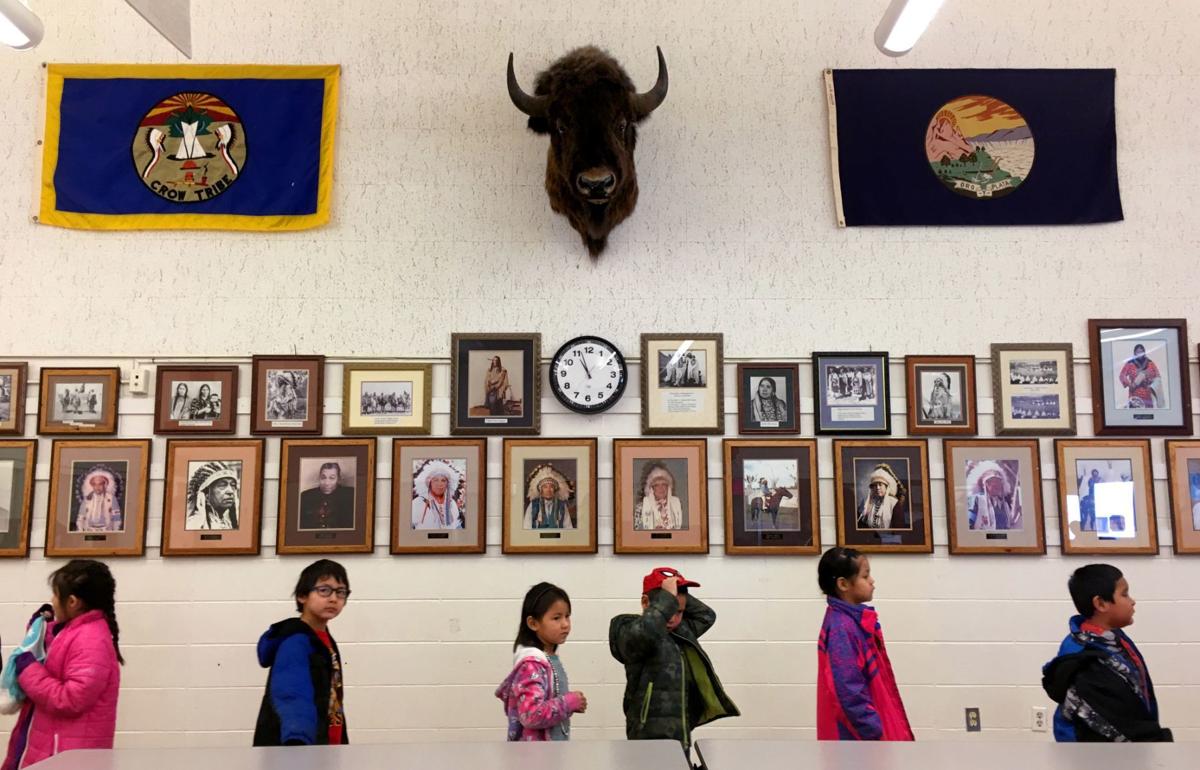 Students file past a line of photos of Crow Tribal chairmen and other historic photos on the wall of the lunchroom at the Crow Elementary School in this 2016 file photo. 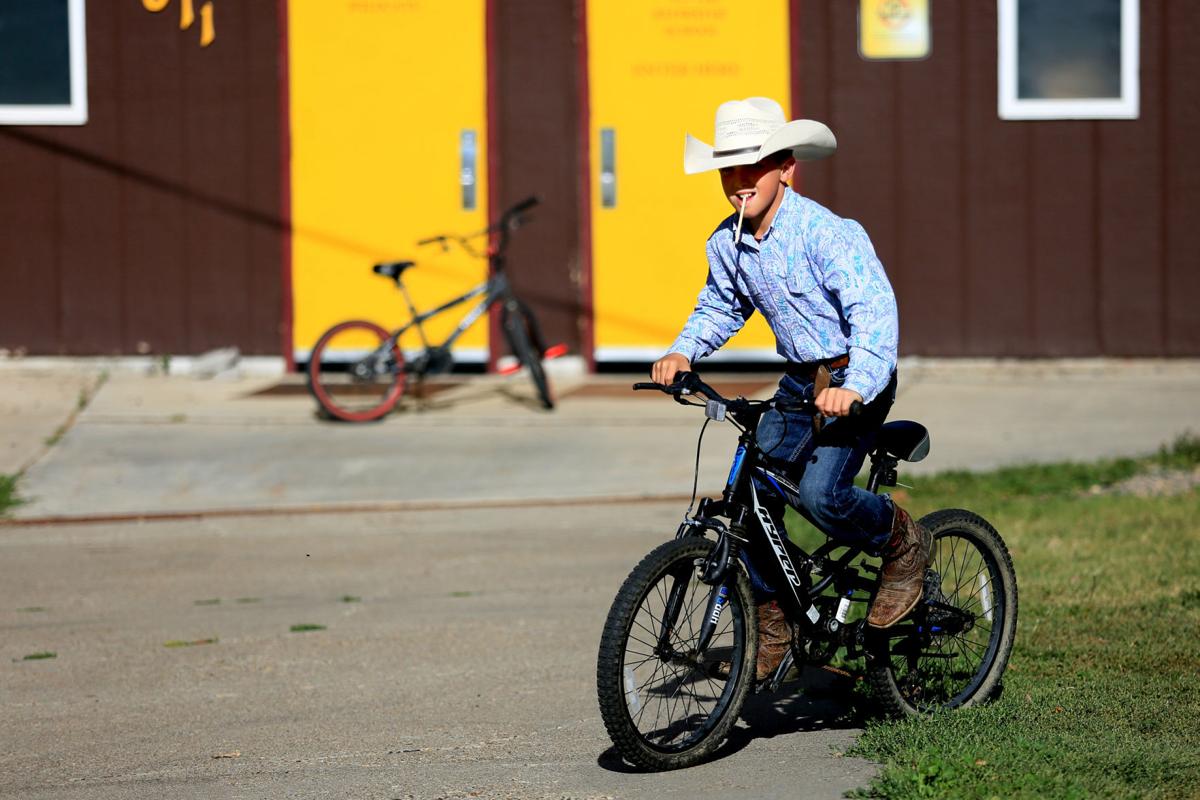 Bryce Becker, 9, rides his bike from Red Water School in Circle in this 2016 file photo.

"Schools would decide, well, we normally couldn't do that on our own, so we'll use these funds to do that," said Montana Rural Education Association director Dennis Parman. The could include things like after-school programs, or extra academic support for students.

A spreadsheet provided to Parman by the National Rural Education Association shows that nationwide the program lost $5.4 million. Some states have modest increases, but most saw less money. Funds are labeled for the 2020 fiscal year, and are distributed on July 1, 2020.

Regionally, Wyoming and the Dakotas received small increases in funding. However, the program isn't as widely used in those states, which combined for about $324,000 in funding during the 2019 fiscal year.

The Department of Education website for the grant has a link to the FY 2020 grant allocations, but the link does not work.

Under the changes, the program would no longer use free and reduced lunch eligibility as a measure for how much money schools qualify for. Instead, it would use census data. In an email to state education officials, the department argued that statutory language in the Every Student Succeeds Act required the use of census data.

Parman learned of the changes last week through the national advocacy group.

"We just don't have a sense of what tipped this decision," he said, though the group has gotten the impression the move isn't likely to change.

The change doesn't appear to have attracted widespread attention, though Democratic Montana Sen. Jon Tester blasted the move in a letter to Secretary of Education Betsy DeVos on Wednesday.

"I urge you to immediately reverse course on this misguided Washington D.C., decision to alter eligibility requirement for RLIS and refocus on helping small rural schools," he wrote.

Tester also announced that he intends to introduce legislation that would reverse the change.

At least one other Senator, Maine Republican Susan Collins, has also criticized the change. A spokesman for Tester said staffers for the two lawmakers have been "in close touch" about the issue.

This isn't the first time the grant allocations have bounced around.

Montana schools saw a significant increase in the grant money for the 2018-19 school year. Montana had received $491,000 and $440,000 in the preceding two school years before.

Several states saw significant shifts during that time period, both up and down. The total federal allocation barely changed, from $89.2 million to $89.5 million.

According to the Montana Office of Public Instruction, six elementary school districts will have their funding zeroed out: Havre, Butte, Anaconda, Columbia Falls, Polson, and Evergreen.

More districts are likely affected, as 230 will be eligible for the grant funding, according to the Office of Public Instruction.

Havre previously used the grant to purchase technology-based assessment tools for the district.

“We use every dollar of federal programming that we can," superintendent Andy Carlson said.

And if that money dries up?

A Helena man who resigned his post as operations services bureau chief of the Motor Vehicle Division of the state Department of Justice has been charged with two felonies and two misdemeanors after police say he exposed himself to females.

Yellowstone County saw three deaths from the virus this week, all tied to a memory care facility.

Hundreds of people sporting red, white and blue — but hardly a single mask — lined Highway 200 in Lincoln for the town's annual  Fourth of July parade, rodeo and fireworks.

U.S. Rep. Greg Gianforte, a Republican running for Montana governor this year, is self-quarantining and will be tested for the coronavirus after Kimberly Guilfoyle, the girlfriend of Donald Trump, Jr., tested positive for the virus several days after attending a campaign event in Big Sky that Gianforte did not attend but his wife and his running mate did.

The state reported 44 new cases of the coronavirus Wednesday, with 589 active cases and 22 hospitalizations.

The Commissioner of Political Practices found that Lt. Gov. Mike Cooney violated the state Code of Ethics by using his state office in the Capitol to participate in a call with the Democratic Governors Association in support of his candidacy for governor.

Students file past a line of photos of Crow Tribal chairmen and other historic photos on the wall of the lunchroom at the Crow Elementary School in this 2016 file photo.

Bryce Becker, 9, rides his bike from Red Water School in Circle in this 2016 file photo.