An Ekalaka-area rancher’s desire to preserve old apple trees growing on abandoned homesteads is bearing fruit through a preservation program.

To save the old trees, portions of their limbs will be cut off in the fall and grafted onto 10 root stock trees planted next to Ekalaka’s Central Schoolhouse in May. Funding for the work, which will include a deer-proof fence around the heritage orchard, came in part from a grant from the Montana History Foundation.

“We’re trying to keep these apple varieties alive and out there for people to enjoy,” said Peter Kolb, a Montana State University Extension forestry specialist and an associate professor of Forest Ecology & Management at the University of Montana, who is helping with the work.

Credit for the idea of preserving the trees goes to Lloyd Carroll, a lifelong rancher in the region. He was worried the trees were close to dying and that their unique apples might be lost, according to Ekalaka resident Phil Cook. The trees are scattered around the county, some growing in the Custer Gallatin National Forest with no evidence of a homestead nearby.

A 1930 article in The Ekalaka Eagle newspaper suggests orchards were once more common in the region. The Gardner orchard was located west of Broadus in the community of Sonnette. Albert Fost had an apple orchard in the Willard community by 1916 using stock from Minnesota. Jack Kinsey and R.C. Miller owned large apple orchards near Ekalaka.

Cook came across one of the still surviving trees on property once owned by Kinsey. Kinsey operated a market garden, providing vegetables to residents of southeastern Montana, Cook said.

It was Miller’s apples, however, that got the most press in the Eagle’s reprinting of a Miles City Star article, since three of his apple varieties were winners at the Eastern Montana Fair. The apples came from trees planted by John Smith 25 years earlier on property seven miles southwest of Ekalaka.

“Mr. Miller is convinced from his observation and experience that fruit culture can be made a complete success in regions of southeastern Montana,” the papers reported.

For now, Ekalaka’s new heritage orchard will be the farthest east in Montana. The next closest one is at Chief Plenty Coups State Park south of Billings. Across the state there are more than 70 registered heritage orchards.

“By no means have we recorded all of them,” said Katrina Mendrey, orchard program manager at the Western Agricultural Research Center in Corvallis. Information on orchards in Eastern Montana is particularly thin, she added.

The state’s first known orchard was planted in the Bitterroot Valley in the 1840s by Jesuit missionaries, Fathers Antonio Ravalli and Pierre-Jean De Smet. Thanks to commercial production and nurseries, more than 100 apple varieties were grown in the state between the 1840s and 1940s, Mendrey said.

Preserving such trees is “an incredibly valuable program for Montana,” according to Kolb, because they protect and conserve living historic artifacts of pioneer life.

The Ekalaka trees are all estimated to be more than 75 years old, with some well over 100, Moore said. The community of Ekalaka was founded in 1885. Many of the first settlers in the area were from Minnesota, she said, with family ties to Sweden.

Ekalaka’s heritage orchard will be grafted onto a cold-hardy rootstock of Russian descent, known as Budagovsky, or Bud, 118. To graft the heirloom varieties, new spring growth will be cut from the old trees in August, Mendrey said.

Finding new growth on old trees can be difficult. She will also bring some cuttings from the Ekalaka trees back to the research center to try to grow them there.

“Success rates can be variable with the best circumstances,” she said.

Sometimes, two buds from different trees will be grafted onto the same root stock with the one performing poorer later removed.

The history behind the Ekalaka-area trees, and their locations, has sparked Cook’s curiosity.

“These homesteaders, think of it, when they were getting around in wagons what would it take to get produce here?” he said. “That apple must have been a real treat after eating nothing but meat, bacon and beans.”

Some of the trees may have been grown from seeds brought west. Others were purchased from a catalog like Sears and mailed to homesteaders. There were also salesmen from regional nurseries who would arrive with small trees to sell, Mendrey said.

“There weren’t any native apples out here,” Kolb noted. “They were valued fruit for people, and people would bring them as reminders of home.”

Apples are a utilitarian fruit. Some varieties could be stored and remain rot free into winter. Others might be transformed into cider for drinking, fermented as hard cider for alcohol, or made into vinegar. The pectin from apples is good for making jams, Kolb said.

The trees would have also provided shade and created a wind break.

“A Red Delicious has three different sugars,” he said. “A heritage apple has closer to 30 to 40 different sugars; so they are healthier for you and may contain biochemicals with health benefits.

“Who knows, they may find a cancer cure in one of them,” he said.

What type of apples the Ekalaka heritage orchard might produce is uncertain. The newspaper article announced R.C. Miller had grown Wealthy, Hibernal and Greening apples and had plans to grow Star King and Golden Delicious.

Unfortunately, Ekalaka resident Lloyd Carroll died in May before he could see the project completed, but he sparked a legacy that outlives him and will someday bloom in his hometown. In four to five years, the trees could produce their first fruit.

If you plant a seed from an apple you like, the tree that grows will not produce the same apple.

Every variety or species of apple available today have come from grafting onto a preferred root stock, such as crabapple, according to Peter Kolb, a Montana State University Extension forestry specialist and an associate professor of Forest Ecology & Management at the University of Montana.

“All of the commercial apples you buy in the store are from grafts,” he said, produced by a century or more of selective grafting, a technique dating back 2,000 years to the Roman Empire.

Kolb found an example of wild propagation from seeds along railroad tracks north of Missoula where workers camped, ate apples and tossed the cores. Out of 20 trees that sprouted, only two produce edible apples.

There are about 2,000 genetically identifiable apple species contained in databases to help source what kind of apples heirloom trees may be growing, according to Katrina Mendrey, orchard program manager at the Western Agricultural Research Center in Corvallis.

Simply looking at the fruit isn’t a good clue since climate, pests, water and nutrients can change the morphology of an apple, she said.

“The only way to identify a tree is to send in a sample and compare it to a known sample,” Mendrey said.

A Drug Enforcement Administration agent from Colorado was charged Tuesday with felony assault with a weapon for reportedly pulling his government-issued handgun on a man at a Bozeman bar while he was intoxicated.

A jury has awarded $16.6 million to a victim of child abuse after state failed to  investigate abuse allegations before the child suffered a traumatic brain injury that led to blindness, developmental delays and seizures.

20% of Giant Sequoias wiped out by wildfires since 2020

20% of Giant Sequoias wiped out by wildfires since 2020

Restaurant leftovers being converted to biogas outside Paris

Restaurant leftovers being converted to biogas outside Paris 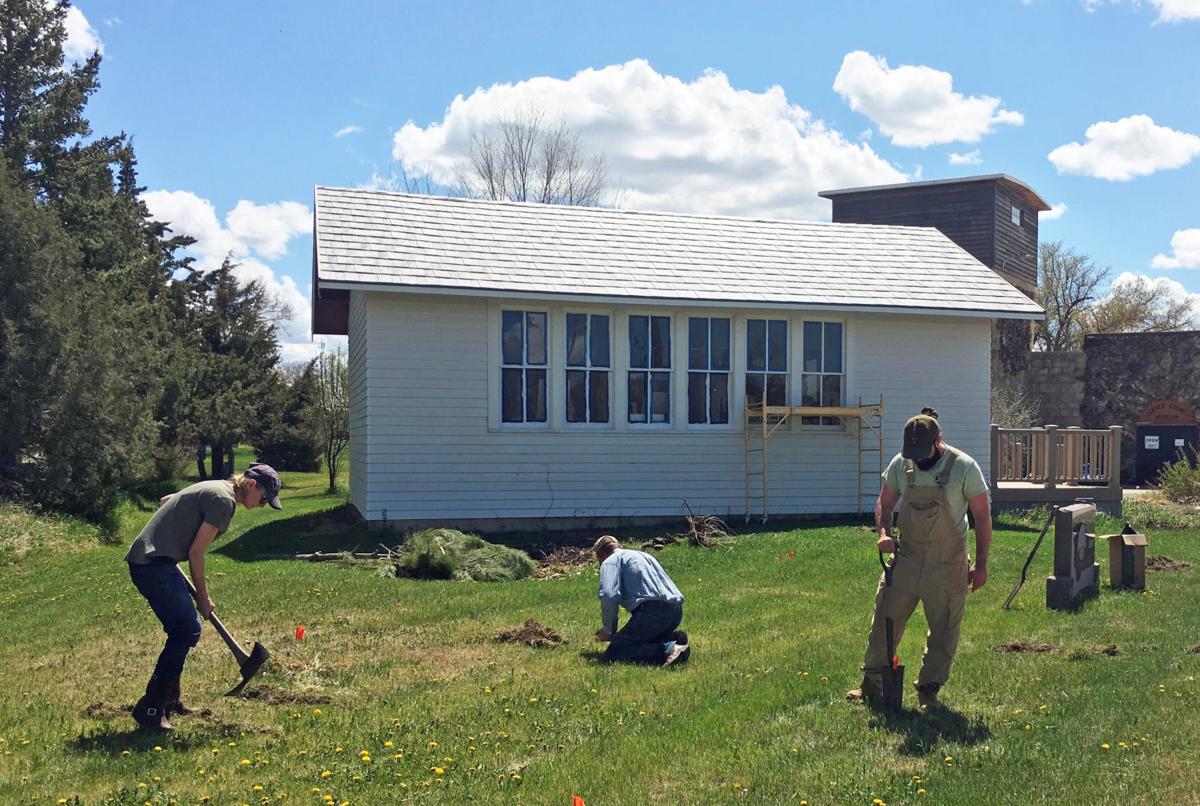 Denise Elmore, Scott Elmore and Nathan Carroll help plant the root stock near Ekalaka's Central Schoolhouse in May. The orchard will be fenced to keep deer out and wood from old trees will be grafted onto the root stock in August. 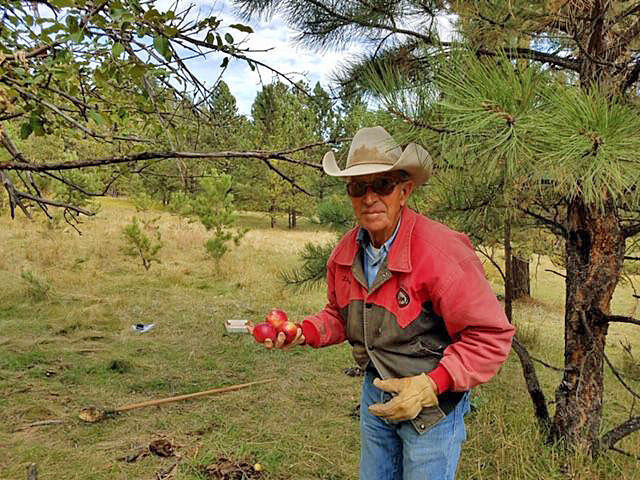 Lifelong Ekalaka resident Lloyd Carroll is credited with spurring residents to preserve old apple trees in the area with a heritage orchard. Unfortunately, Carroll died in May before the project could be completed. 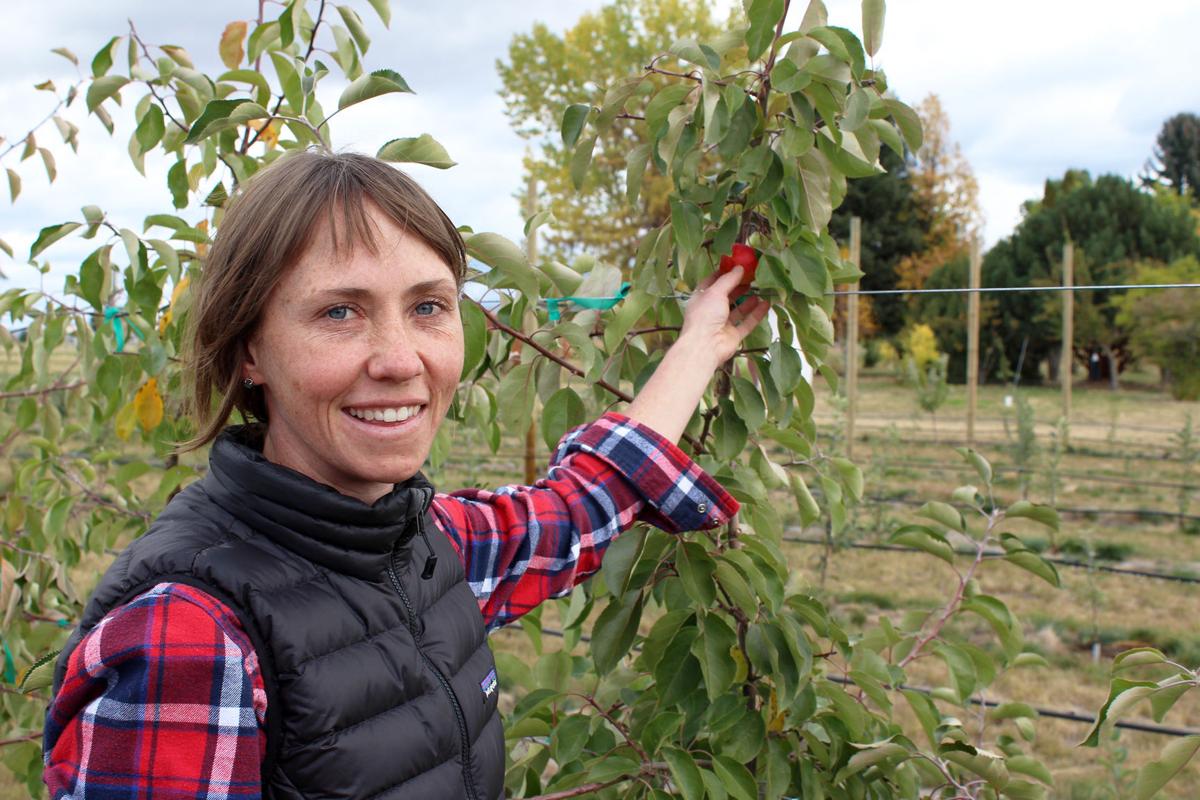 Katrina Mendrey, program coordinator at the Western Agriculture Research Center, is helping with the heritage orchard in Ekalaka. 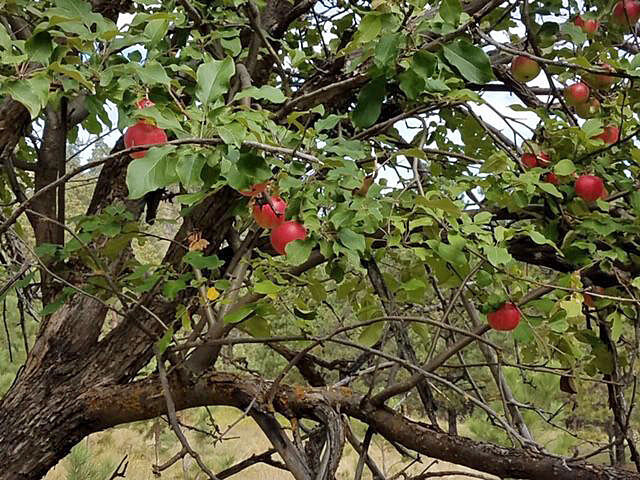 Red apples still grow on a heritage apple tree on the Harmon Creek Ranch near Ekalaka.