At first, Deb and John Wood thought somebody shot four of their goats Wednesday evening.

It’s easy to see why.

In 2018, five baby goats were killed at their ranch house up North Browns Gulch Road, north of Butte, and the Butte-Silver Bow police suspected foul play.

They suspected someone had shot the goats with a small caliber pistol, though no bullet casings were found in the area. The police sought information from neighbors, but the investigation hit a dead end.

The Woods were shaken. The possibility someone came onto their property in the night and killed their goats horrified them.

Deb felt differently when a mountain lion killed a couple goats another time.

Ever since, Deb has believed someone shot her goats in 2018. On Thursday she said she still believes it, although she now harbors a shred of doubt.

Thursday morning she had to ask herself the scary but logical question — had it happened again?

After someone working on the property discovered the four dead goats Thursday morning, the Woods called a neighbor with military experience, and once again called the police. Both parties found holes in the goats’ necks, Deb said.

Again, the Woods were left to wonder if someone came in the night and shot their goats.

It wasn’t a certainty, they were told, and in the end it wasn’t so.

The Woods harvest their goats from time to time for the meat. Goats nonetheless hold a special honor on the Woods’ ranch. They are loved like family.

The goats provided much happiness in return. One female goat in particular achieved high, even royal status on the ranch.

Little Goat, one of the goats found dead Thursday morning, received a queen’s treatment after her mother went dry, and was unable to produce the milk to feed her.

The Woods had no choice. They raised Little Goat in the home the first four months of her life, feeding her from a bottle. She wore a diaper. She played in a kiddie pool on the floor, but wasn’t content until she was in John’s lap on the couch in front of the TV.

“I never thought I'd have livestock in my house,” Deb remembered John saying around that time.

John got into the habit of singing to his lap goat, and his pet had a peculiar habit of her own — leaping up into John’s electric-powered wheelchair when it was vacant, and taking it for a spin.

Little Goat operated the hand controls with her choppers.

They recently sent video of the goat’s joy rides to the company that made the chair. Now, that’s good advertising.

Baby goats are called kids, and like human children, the Woods’ goats even played with Legos.

“They will chew and play on anything,” Deb said. “Goats are real characters.”

The loss was hard on them both, especially John.

The four goats killed were two babies, three and four-months-old, one adult, and Little Goat, somewhere in between at eight-months-old.

Bart Smith is the local expert for predator attacks on livestock.

The trapper, based out of Deer Lodge, works for the U.S. Department of Agriculture’s Wildlife Services, the government agency responsible for identifying if a wild carnivore has killed a cow, sheep, goat or otherwise, and if so, which species.

Smith also responds to those attacks along with Montana Fish, Wildlife and Parks personnel, trapping the animals to be relocated or euthanized.

The goats were found Thursday in a neat group, which the Woods found suspicious. They were also chewed up, however, with one of the goats more than half eaten and missing its head.

The police didn’t conclusively decide the animals had been shot, so they called in the pro. Smith arrived early evening Thursday to investigate.

“It was a no-brainer,” Smith said as he set leg traps around one goat carcass while the other dead goats were being hauled away in a tractor shovel.

The goats, it turns out, were killed by a mountain lion.

"You can see the bite marks in his neck. There's two of them there. So they were worried maybe somebody shot him. I did a necropsy. First, we knew that he was alive, because he's all hemorrhaged," Bart said, grabbing deep into the flesh of the bait goat’s neck to expose the bruised jugular.

A smell like a raw lamb chop hung in the air.

“We've got a set of bite marks that are about two inches apart and about as big around as a pencil,” Smith said.

“Another thing that the lions do, see, they really like the skin. They'll eat the skin where they won't eat a lot of the other parts of the critter. And they're very surgical. It almost looks like it was cut with a knife, doesn't it?” he said, indicating the smooth edges on a rectangular flap of hide. “Zipped right out.”

Smith gave the mountain lion a 40% chance of returning.

“If he doesn’t return tonight, he’s not going to,” Smith said.

In the event the lion returned, the animal ran the risk of being caught in traps designed not to break its leg, but hold it firmly in place.

“It’s going to hurt, but it’s not going to break anything,” Smith said.

He judged the lion might not return because it hadn’t buried its kills in grasses — common practice for a big feline that intends to return to its kill.

That the goats were left uncovered had raised the Woods suspicions for foul play, because the mountain lion that killed goats on the ranch before had covered its kills.

Of the conflicts he has responded to, mountain lions have covered their kills over 75% of the time, Smith said.

Friday morning came, and the trapper was proven correct. The lion hadn’t returned, the traps were taken away, and the Woods were told to dispose of the carcass.

Smith is currently processing the paperwork so the Woods can file for compensation with the Montana Livestock Loss Board, which pays out a livestock animal’s value if killed by predators.

Were the goats killed in 2018 possibly killed by a mountain lion? Smith didn’t respond to that incident, and wouldn’t venture to speculate.

He did however stress that identification is often time sensitive. Smith has responded to a dozen mountain lion incidents this year, and a countless number during his tenure as a trapper.

It still hurts. Little Goat is still gone. Yet, the Woods were incredibly relieved.

“I can accept animals doing what animals do … that’s Mother Nature playing her games,” Deb said.

With the drought, there’s not as much natural food available, she said.

A price comes with living way out in nature. Wildfires are a constant concern. Wild animals share the terrain. But she wouldn’t have it any other way, Deb said, taking in beams of sunlight as they plunged into the remote narrow valley she has called home since the Woods arrived from California.

“I have thanked God over the last 20 years. It is like paradise," she said.

There are ways to make a property predator-resistant, including electric fences.

Mountain lions can hop over fences, however, and keeping smaller livestock safe often requires a roof. The Woods have moved their two surviving goats to a fully enclosed pen on the property.

It’s good news for the local lions. Had the lion returned and been trapped, it would have been euthanized — that’s Montana law, Smith said.

Goats have given the Woods a wild ride, complete with heartbreaking losses and remarkable companionship. On Thursday, though, Deb said she wasn’t sure she would replace those that were lost.

"I'm not sure I'm gonna go goats anymore. I may just stick with chickens and rabbits. They're easier. They take up less room. They cost a lot less, too," she said, with a laugh.

But can a rabbit drive an electric wheelchair?

Only time will tell.

Idaho bowhunter Raymond Jones went missing on his son's 12th birthday, Sept. 7, 1968. Fifty-three years later, Jones' body was found by another bowhunter, solving a mystery that had long haunted his relatives, including his only son.

The unanimous vote by the council belied what one of the developers of the revisions said was the unfortunate politicization of a non-regulatory, aspirational document. 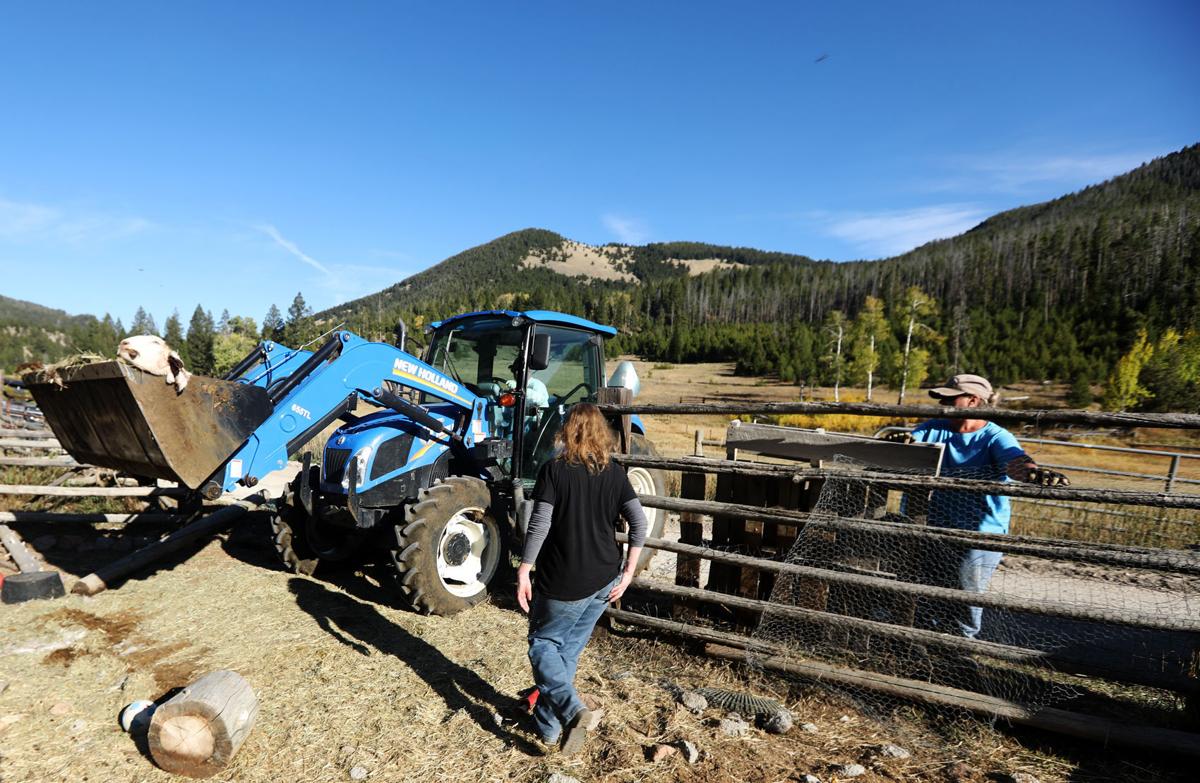 Neighbors help Deb Wood remove the carcasses of several goats killed in a pen on her property located in a remote area in Browns Gulch north of Butte. 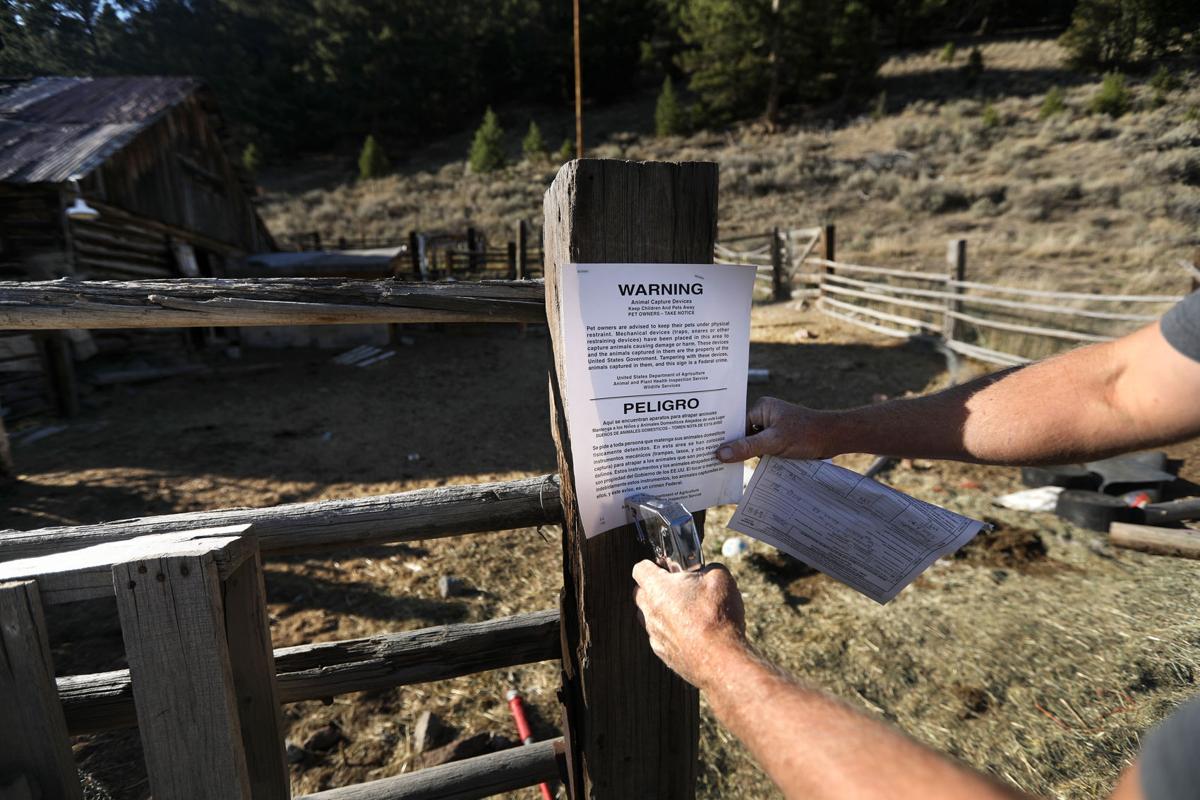 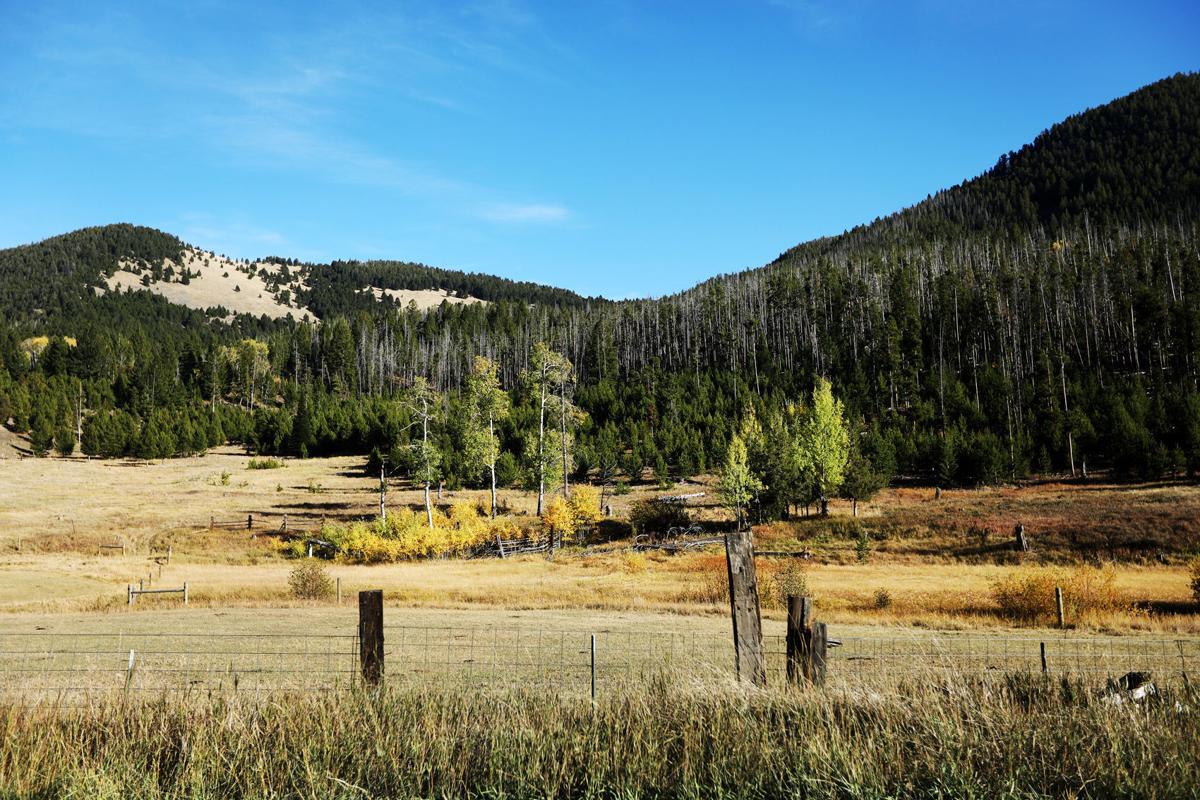 Fall colors dot the landscape in the fields surrounding Deb Wood's land where several goats were killed by a mountain lion earlier this week in a remote area in Browns Gulch north of Butte. Wood was worried the animals were shot but after a visit from a wildlife specialist she learned the animals were killed by a mountain lion. 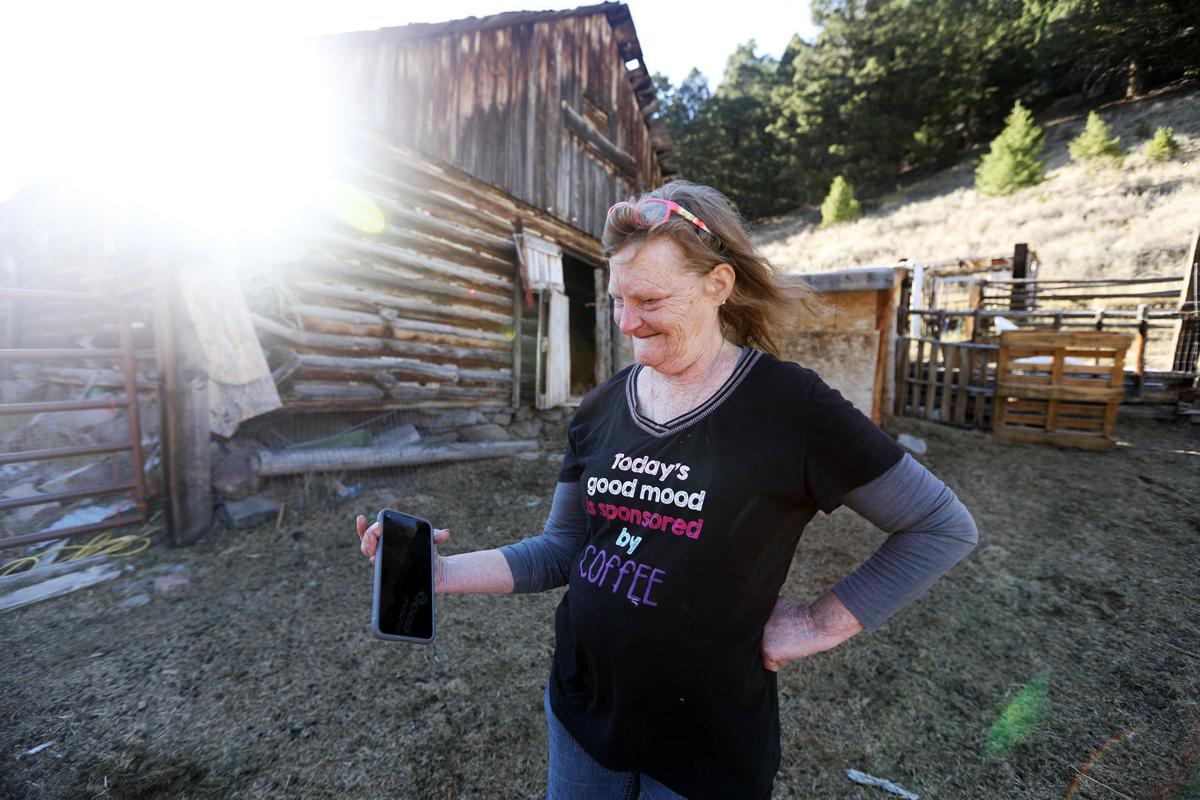 Deb Wood reminisces over a special goat on Thursday evening after neighbors helped remove the carcasses of several goats killed in a pen on her property located in a remote area in Browns Gulch north of Butte. Woods was worried the animals were shot but after a visit from a wildlife specialist she learned the animals were killed by a mountain lion. 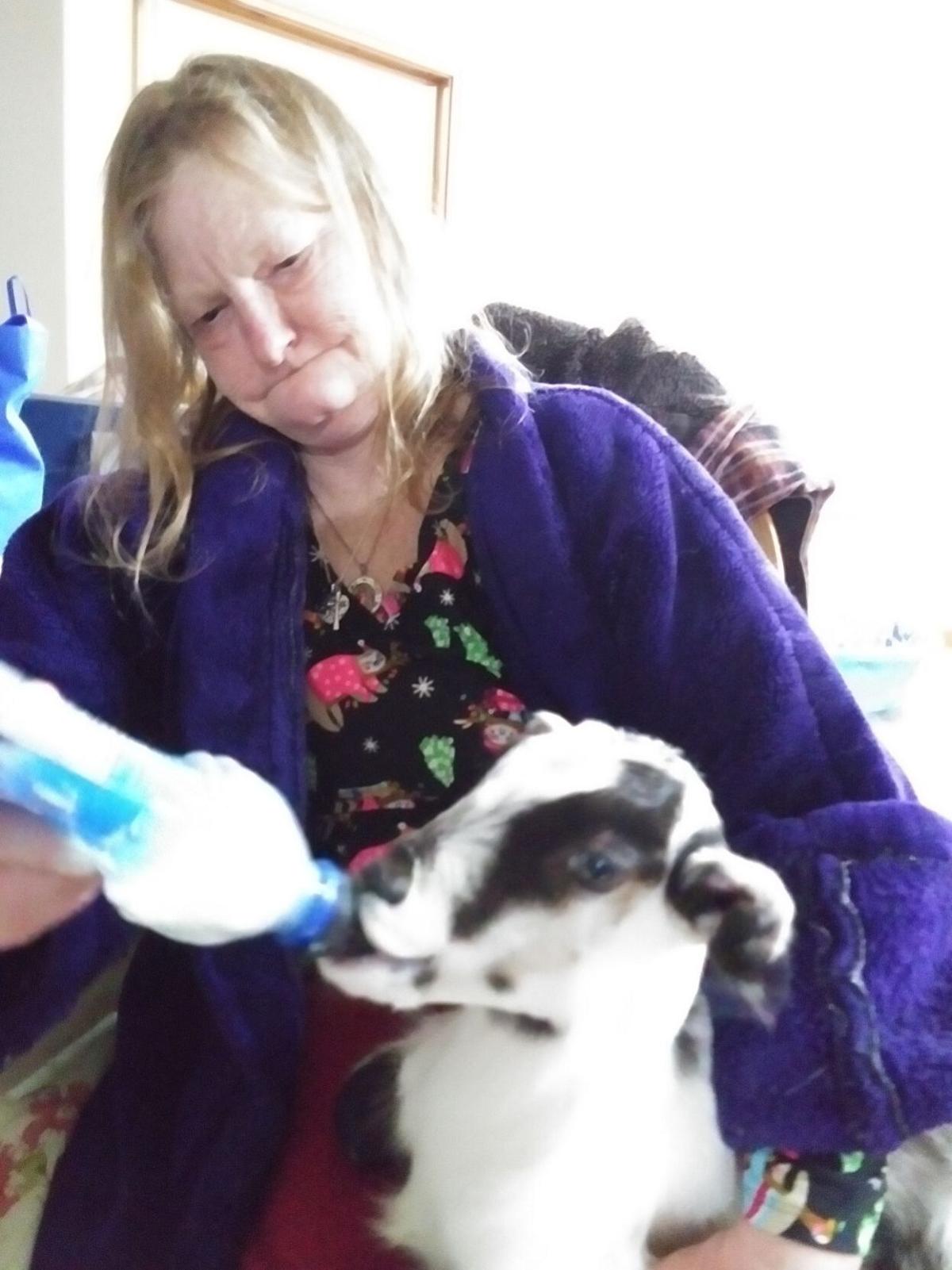 Deb Wood feeds Little Goat from a bottle. Deb and her husband, John Wood, raised the goat in their home north of Butte. The goat was killed by a mountain lion overnight Wednesday. 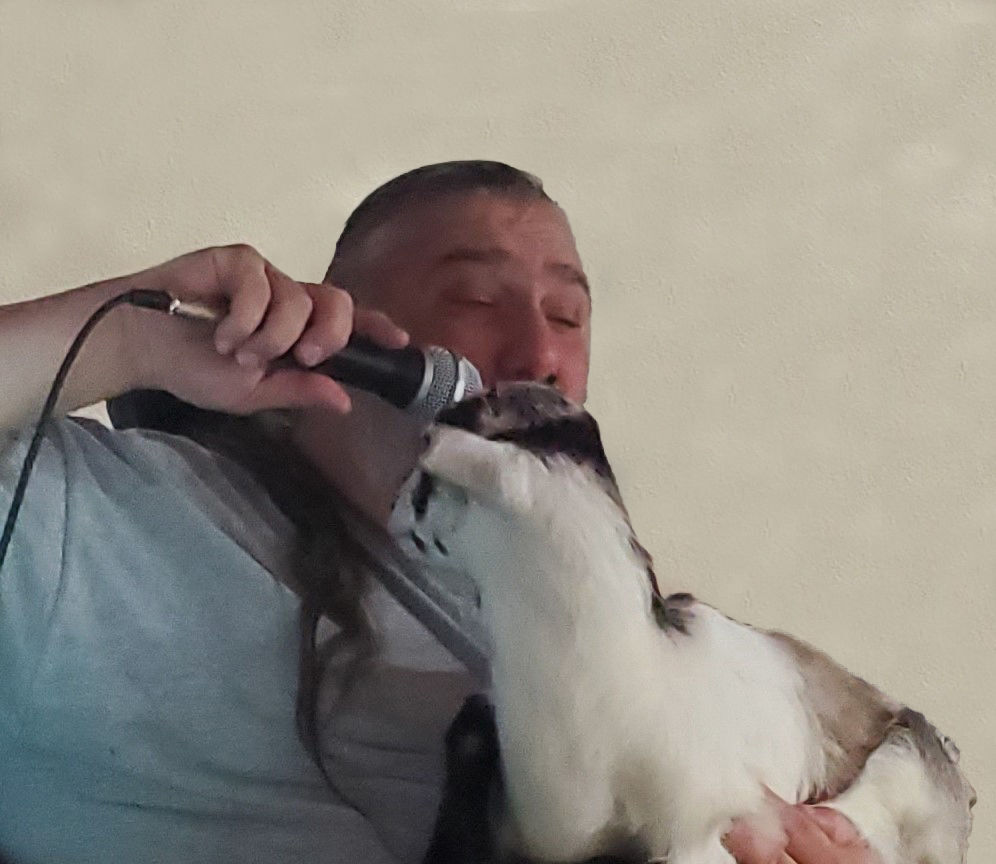 John Wood sings to his pet known as Little Goat. The goat was raised in the home because her mother could no longer feed her. Sadly, the goat was killed by a mountain lion overnight Wednesday.