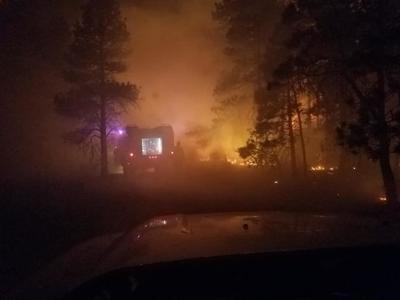 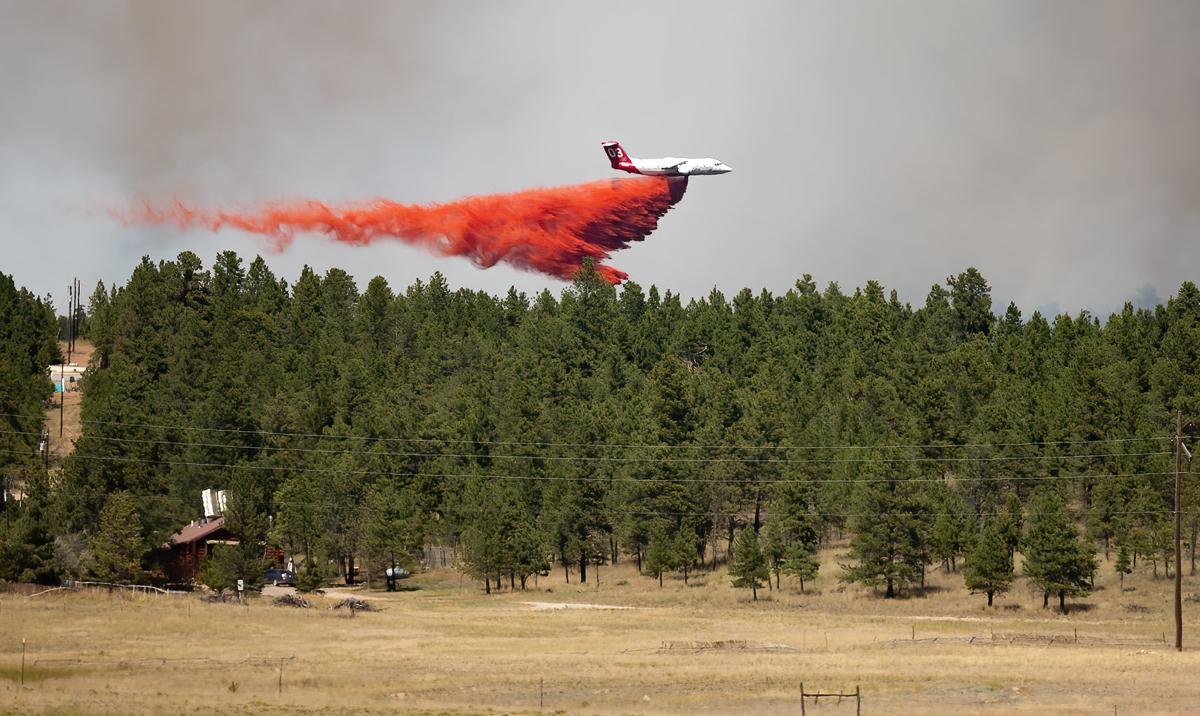 A tanker drops a load of retardant as part of the response to the North Hills fire on Sunday. 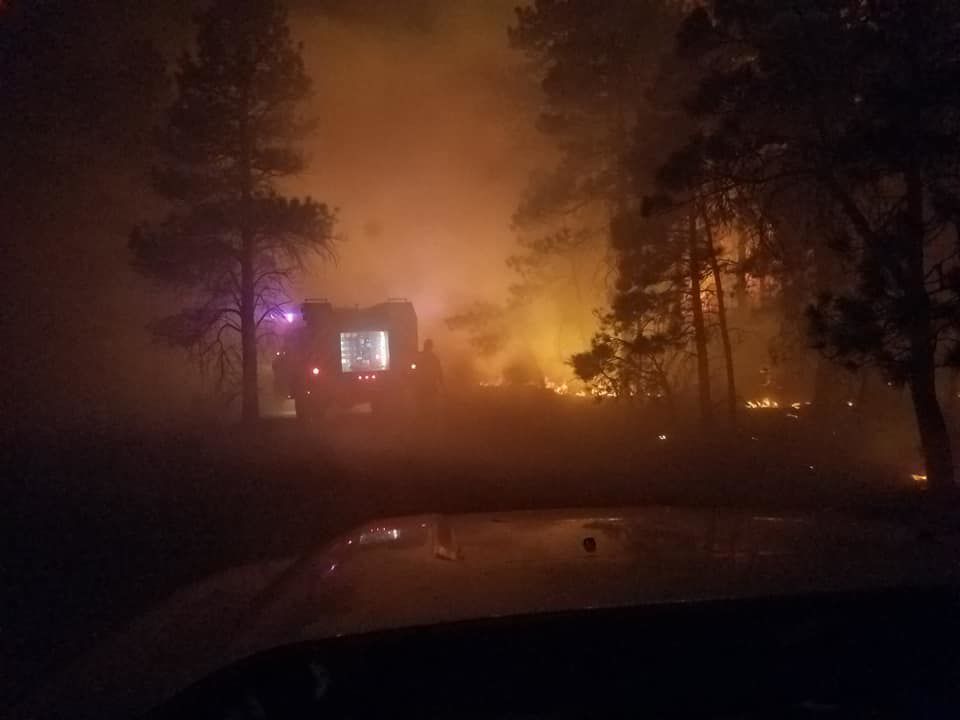 A scene from the North Hills fire taken by Lincoln Volunteer Fire Rescue.

Investigators found that someone was shooting targets filled with Tannerite when the fire started July 26, Dutton said. The individual tried and failed to put out the fire before calling emergency services, he said.

"They turned themselves in immediately and didn't try to hide it," Dutton said.

County and federal officials have declined to release the suspect's name.

Dutton said no state criminal charges will be pursued, but the state is considering civil action.

"It's terrible, but it's accidental," Dutton said.

However, the Bureau of Land Management has completed its investigation and is considering issuing citations.

Scott Haight, BLM field manager for the area, said a variety of potential citations could cost the suspect hundreds of dollars. But the suspect could face a much higher price if found liable for the costs of the fire and damage to federal property.

Haight emphasized that exploding targets are illegal on federal lands and said they are a "particularly bad idea now," given the dry conditions.

Parole denied for Helena man who killed teen in 2009

A Helena man who killed one teenager and seriously injured two others in a 2009 shooting on Rodney Ridge was denied parole again earlier this week.

At a public meeting Thursday, officials let the residents near the Nevada Mountain fire northwest of Helena know they were doing their best to…

All North Hills fire evacuations lifted at noon on Thursday

After sale falls through, tiny Helena park will be up for grabs again

Anyone interested in purchasing the 0.064-acre city park at the corner of Cruse and Broadway streets in Helena may get a second chance, after …

The father of the boy who was shot and killed near Radersburg Thursday is being charged with negligent homicide.

A third Democratic candidate has entered the 2020 race for Montana attorney general.

Dog dies after being shot with pellet gun in Helena

A small dog that was shot with a pellet gun in a Helena neighborhood died at a veterinary clinic Friday.

Evacuations ordered for wildfire near Craig

Law enforcement has ordered evacuations for a wildfire that sparked Friday afternoon near Craig.

“Barn in the USA” was the theme for this year’s 4-H events held at the Lewis and Clark County Fairgrounds from July 25 through July 27. Red, w…

BLM approves its portion of forestry project near Helena

The Bureau of Land Management last week approved logging and thinning on about 1,000 acres as part of a larger Forest Service project near Helena.

A block of federal money earmarked for the North Hills fire will help pay volunteer firefighters for their work.

St. Peter's Health and Billings Clinic could end up with separate clinics in Townsend within the coming months.

Two citations were filed Thursday against the person suspected of starting the North Hills fire that burned more than 5,000 acres near Helena …

A tanker drops a load of retardant as part of the response to the North Hills fire on Sunday.

A scene from the North Hills fire taken by Lincoln Volunteer Fire Rescue.