A federal appeals court on Wednesday sent a political practices case back to a federal court in Montana, after finding that a portion of the state's law defining political committees is unconstitutionally vague in the case.

In a 2-1 opinion, the U.S. Court of Appeals for the Ninth Circuit stopped short of striking down the administrative rule, which governs whether political spending in Montana needs to be reported.

The case centers on the political activities of Ed Butcher, a former Republican state lawmaker who maintains Legistats, a website well-known in conservative political circles that grades GOP legislators on party loyalty. Butcher and another defendant, Lonny Bergstrom, spent several thousand dollars of their own money in 2019 and 2020 traveling the state to give political presentations to local Republican groups. They acknowledged offering endorsements of legislators during some of those presentations.

Under state law, any group of two or more people that spend $250 or more in an election cycle to support or oppose political candidates must register as a political committee and meet other disclosure requirements, like filing periodic political finance reports. But there are also exceptions to those expenses, which allow things like volunteer activities to not count toward that $250 threshold.

Commissioner of Political Practices Jeff Mangan determined in September 2020 that the pair had become a political committee under state law and ordered them to register. Prior to Mangan issuing his decision, Butcher and Bergstrom sued the state in U.S. District Court in Helena, arguing the rule was unconstitutionally vague.

Judge Dana Christensen ruled last year in favor of Mangan, who is represented by the office of Attorney General Austin Knudsen.

But writing for the majority in Wednesday’s decision in favor of Butcher and Bergstrom, Judge Daniel A. Bress wrote that the language describing those exceptions runs counter to the due process guarantees of the Fourteenth Amendment. Bress honed in on the rule’s exemption for “volunteer services or efforts,” noting that neither Butcher nor Bergstrom were compensated by the groups they provided presentations to.

“Although we do not suggest that ‘volunteer’ is an infinitely elastic term, Butcher and Bergstrom quite reasonably maintain that they provided ‘volunteer services or efforts,’” Bress wrote, adding that “any suggestion that they were not acting in that capacity runs counter to the common understanding of those terms.”

While taking issue with the rule’s exemptions, the two-judge majority wrote that classifying all such spending as reportable would have a chilling effect on protected political speech.

“Get just two people together for that purpose, have them spend $250 over a given election cycle,” Bress wrote, “… and they might now be a ‘political committee,’ subject to rigorous reporting requirements that are sure to discourage political speech, especially by those less sophisticated in the intricacies of campaign finance law.”

Matthew Monforton, the Bozeman lawyer who argued Butcher and Bergstrom’s case, on Thursday said he reads that passage as potentially indicating the court would be willing to go further in the future.

Mangan declined to comment when reached by phone on Thursday. In a follow-up email, he stated that he has yet to meet with Knudsen’s office, and noted that the judges’ decision on the rule was “as applied” — meaning specific to the case before the court.

“The civil bureau defended the rule in good faith and is considering next steps,” Knudsen spokesperson Emilee Cantrell wrote in an emailed statement. She declined to say whether the office was considering any further appeal.

The panel’s other judge, William A. Fletcher, took issue with the majority’s finding that two conservative activists could have reasonably thought they were acting as volunteers, and not as a political committee under the state’s law.

“Butcher and Bergstrom are not political naifs,” Fletcher wrote in his dissent. “They are sophisticated political actors. They acted in a concerted and sustained manner to bring accurate and relevant political information to interested political groups … But they did not do so as ‘volunteers’ within the meaning of Montana election law.”

The appeals court decision remands the case back to U.S. District Court in Montana.

The Montana Supreme Court on Tuesday unanimously upheld the state’s rejection of a decades-long effort to add strict environmental protections to a stretch of the Gallatin River.

A citizen initiative meant to curb rising home property taxes is dead for now after business groups and unions spent more than $300,000 in their campaign to keep it off the November ballot.

"She leaves behind a void that will never be able to be filled. Our thoughts and prayers are with her family, friends, and loved ones during this difficult time."

The meeting came hours after President Joe Biden issued an executive order attempting to safeguard the ability for women to access legal reproductive services or to cross state lines in order to obtain legal abortions.

Montana is one of 22 states subject to California’s ban on official travel based on those states’ “discriminatory laws” against the LGBTQ community.

Montanans won't be voting on any citizen-initiated statewide ballot issues this November, according to preliminary reports provided by the Secretary of State’s office.

The law prohibited voters from receiving a ballot before they reach voting age, even if they turn 18 before Election Day. 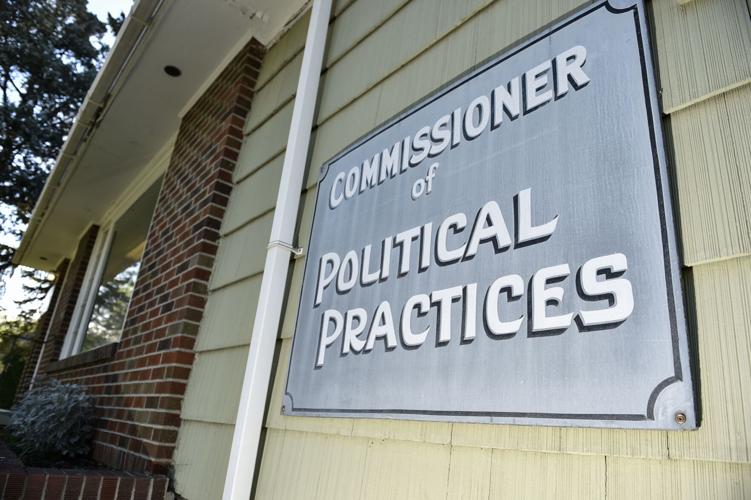 The Commissioner of Political Practices office in Helena.