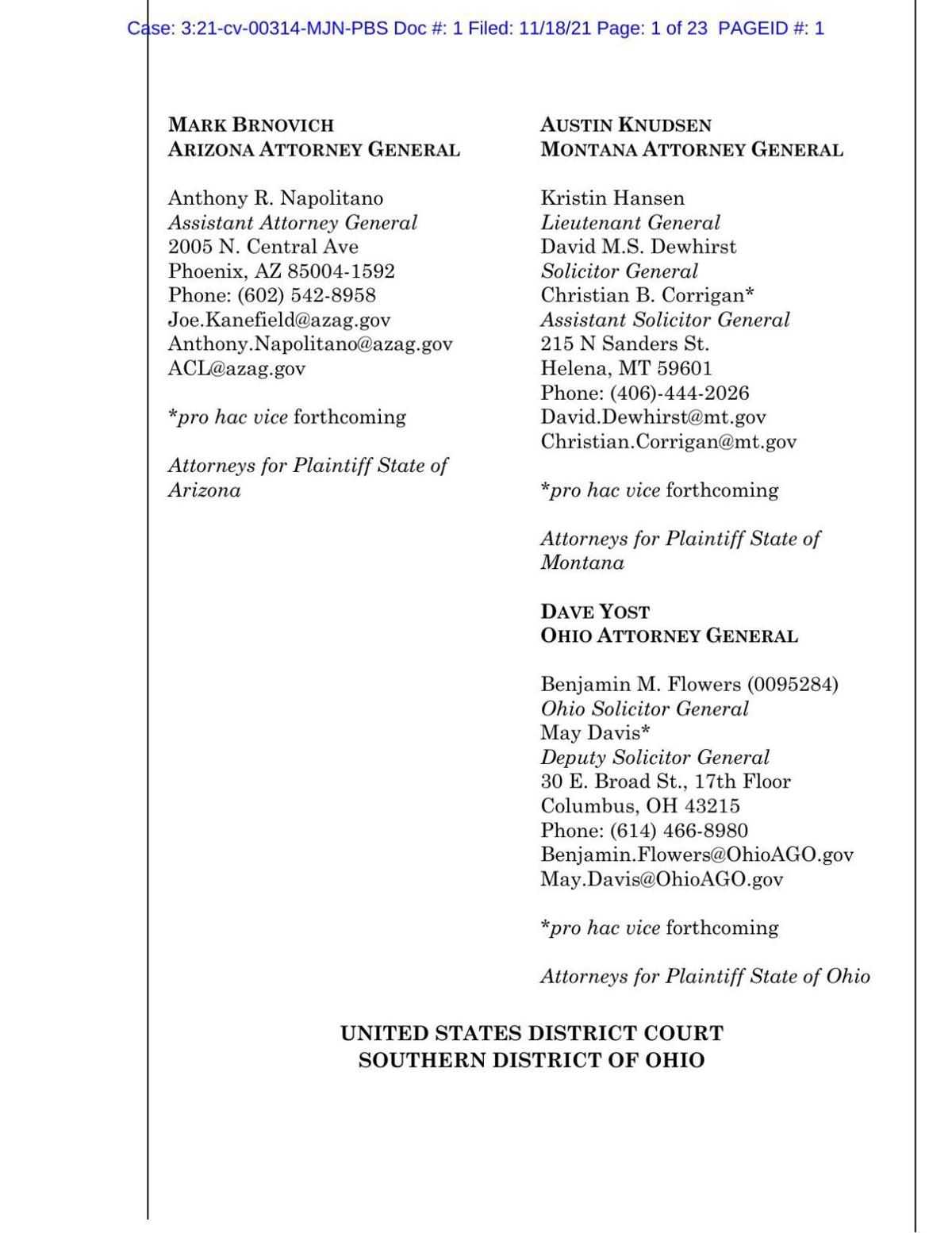 “In a brazen display of contempt for Congress’s statutory commands, Secretary Alejandro Mayorkas — Secretary of the Department of Homeland Security (DHS)  — announced a policy that abandons DHS’s duties to enforce or implement entire swaths of immigration law,” the lawsuit states.

Mayorkas’ announced the policy Sept. 30, which directed discretion in targeting immigrants for removal. 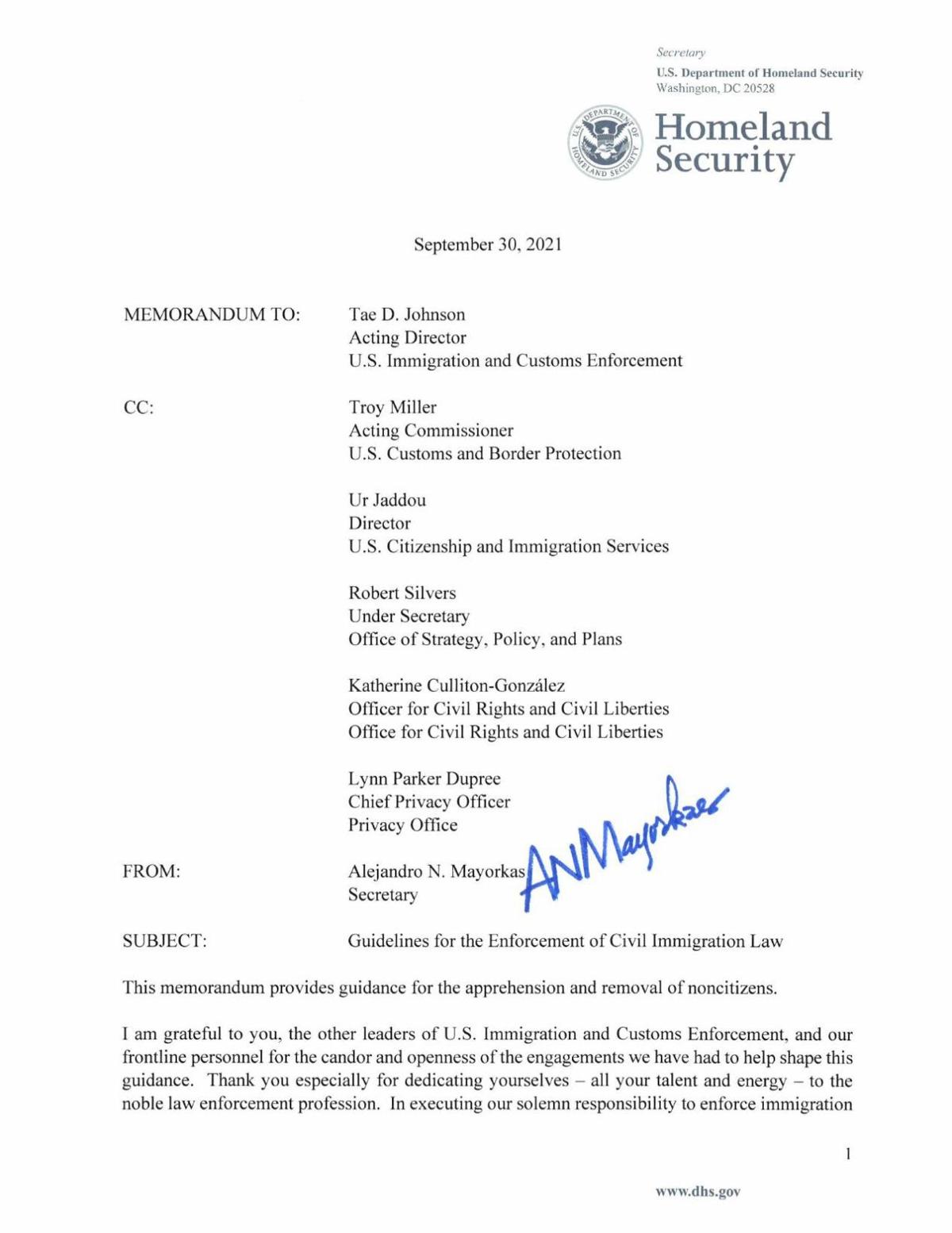 With 11 million mostly law-abiding immigrants living in the U.S. illegally, “We do not have the resources to apprehend and seek the removal of every one of these noncitizens. Therefore, we need to exercise our discretion and determine whom to prioritize for immigration enforcement action,” Mayorkas’ memo states.

The memo goes on to detail prioritized deportations, including those representing a threat to national security, public safety or border security.

“By exercising our discretionary authority in a targeted way, we can focus our efforts on those who pose a threat to national security, public safety, and border security and thus threaten America' s well-being,” the memo states. “We do not lessen our commitment to enforce immigration law to the best of our ability. This is how we use the resources we have in a way that accomplishes our enforcement mission most effectively and justly.”

But the lawsuit alleges that policy would allow even immigrants convicted of a crime or with a valid court order for removal to be shielded. That violates federal immigration law, which dictates a 90-day removal following a court order and that immigration enforcement agents be allowed to detain and arrest noncitizens for suspected immigration status.

“The Permanent Guidance represents an attempt by the Administration to unilaterally amend the immigration laws as applied to the vast majority of the removable or inadmissible aliens in this country without the required congressional act,” the lawsuit states.

The lawsuit cites the importation of illegal drugs as Montana’s reason for joining, a point Knudsen reiterated in a statement Thursday.

“Law enforcement officers in Montana are doing what they can to combat crime resulting from drugs trafficked across the southern border, but we’re fighting an uphill battle until the Biden administration does its job and enforces immigration laws,” he said. “The president’s attempt to release thousands of people into our communities with no consideration of their potential criminal history is a dangerous policy. His administration must uphold the laws that protect our communities.”

The three states are asking the court to declare the policy illegal and halt it from taking effect.

In fiscal year 2021 ending in June, state trust lands produced $107.3 million, up from $92.1 million in the last fiscal year. Revenue comes from a combination of agriculture, timber, public access, real estate and minerals.

Hydrologists are looking to this winter and spring for a potential rebound from Montana’s widespread drought this year. 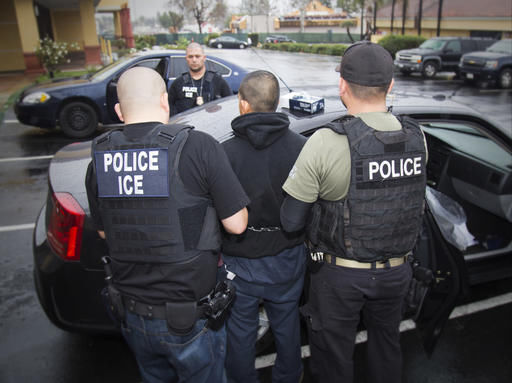