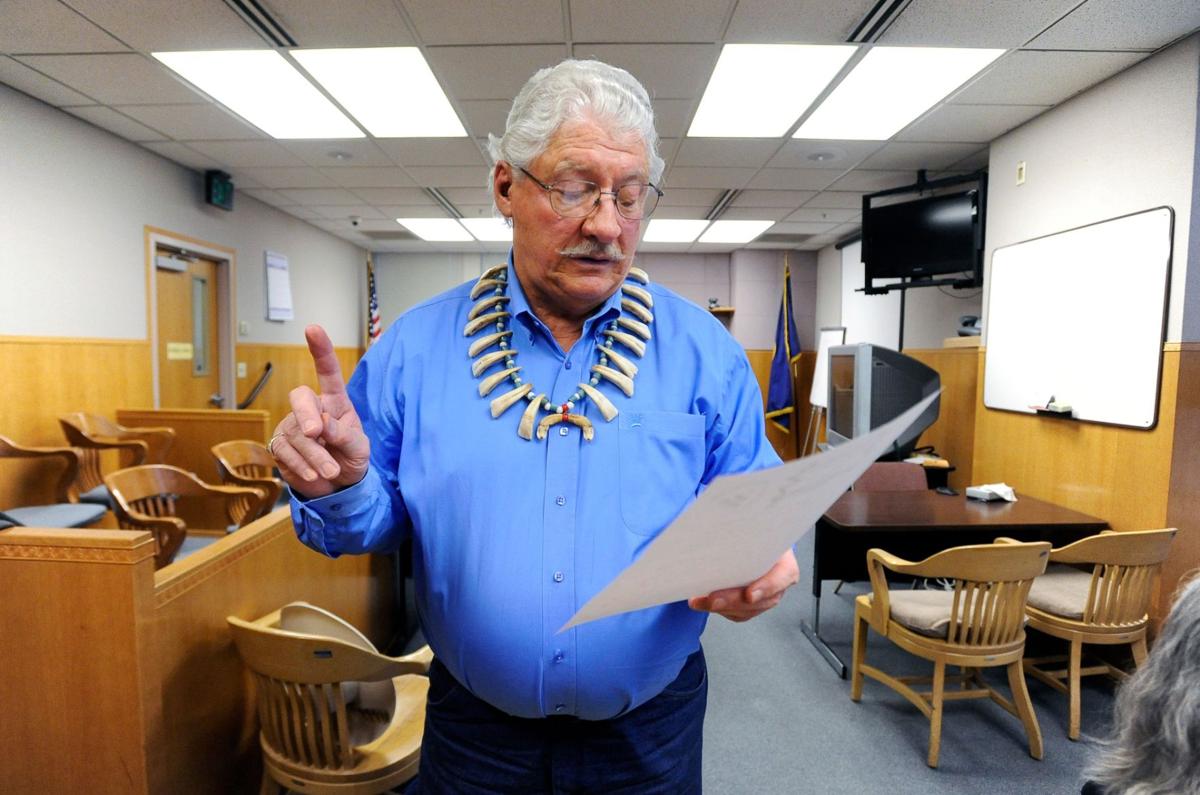 James Leachman, wearing a horse-tooth necklace, reads a letter of support from a cattleman in Oklahoma to a court audience during a break in his sentencing for animal cruelty in December, 2012. 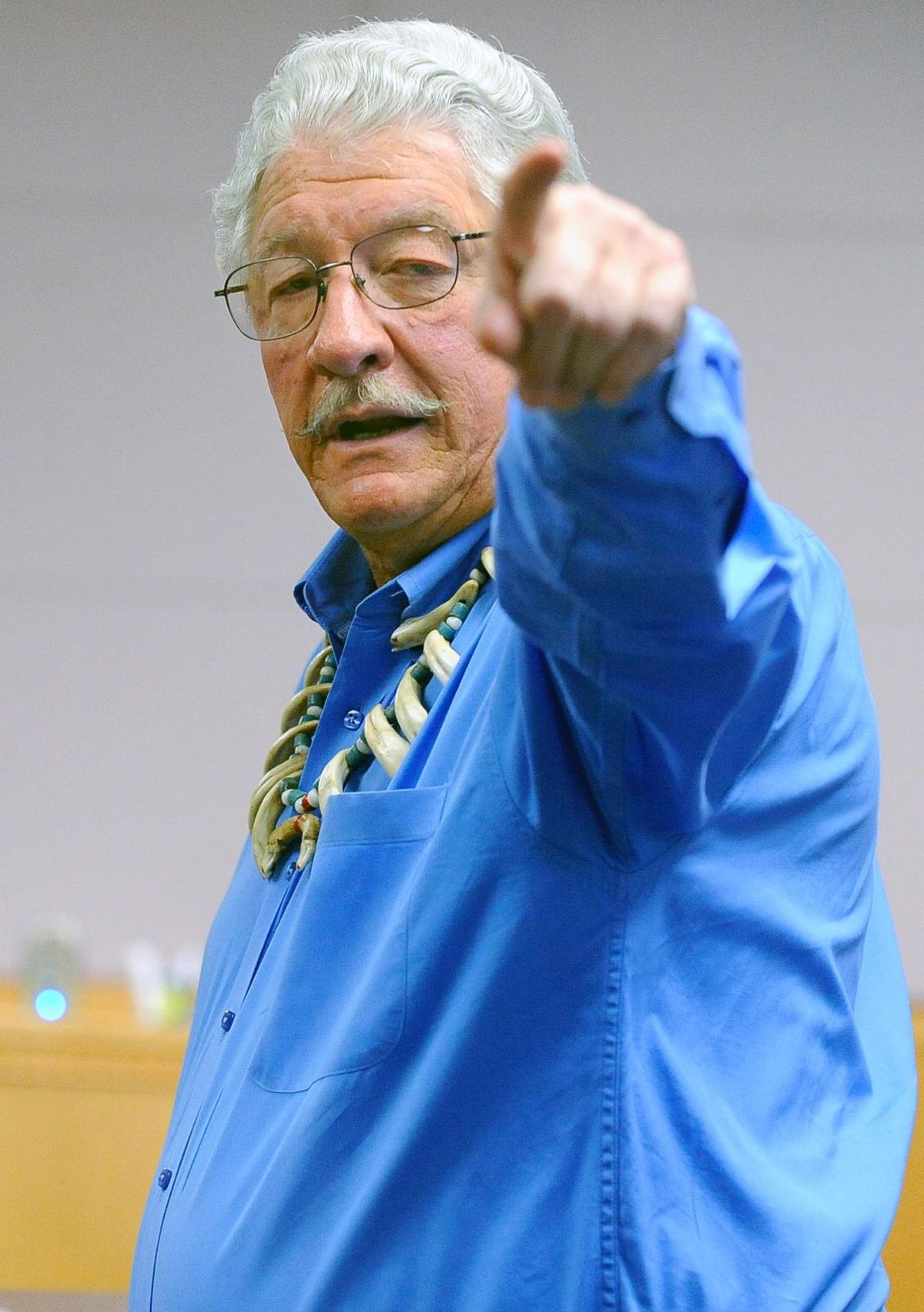 James Leachman points to Yellowstone County Sheriff's Lt. Kent O'Donnell, who he said kept him from his horses during his sentencing for animal cruelty. 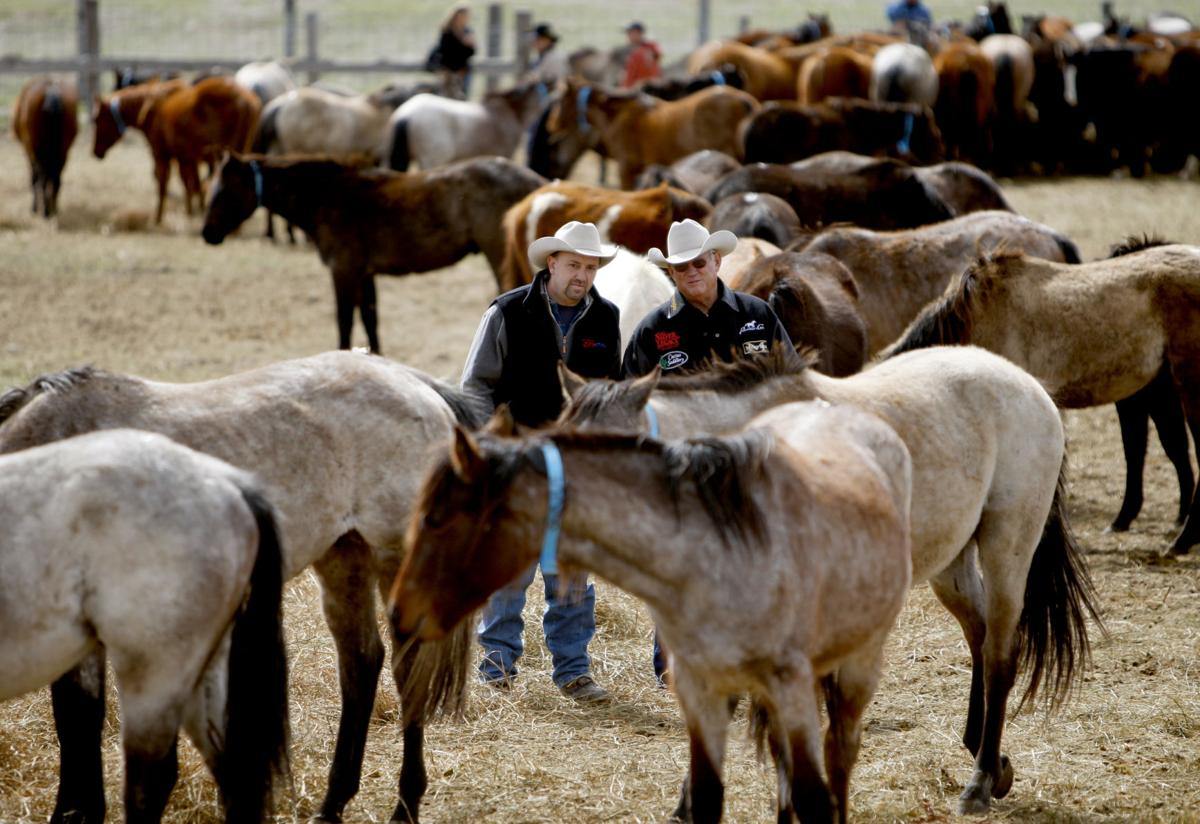 In this 2011 photo, potential buyers look over 10 pens of horses formerly owned by James Leachman that were confiscated by the Bureau of Indian Affairs for trespassing on Crow Tribal lands. 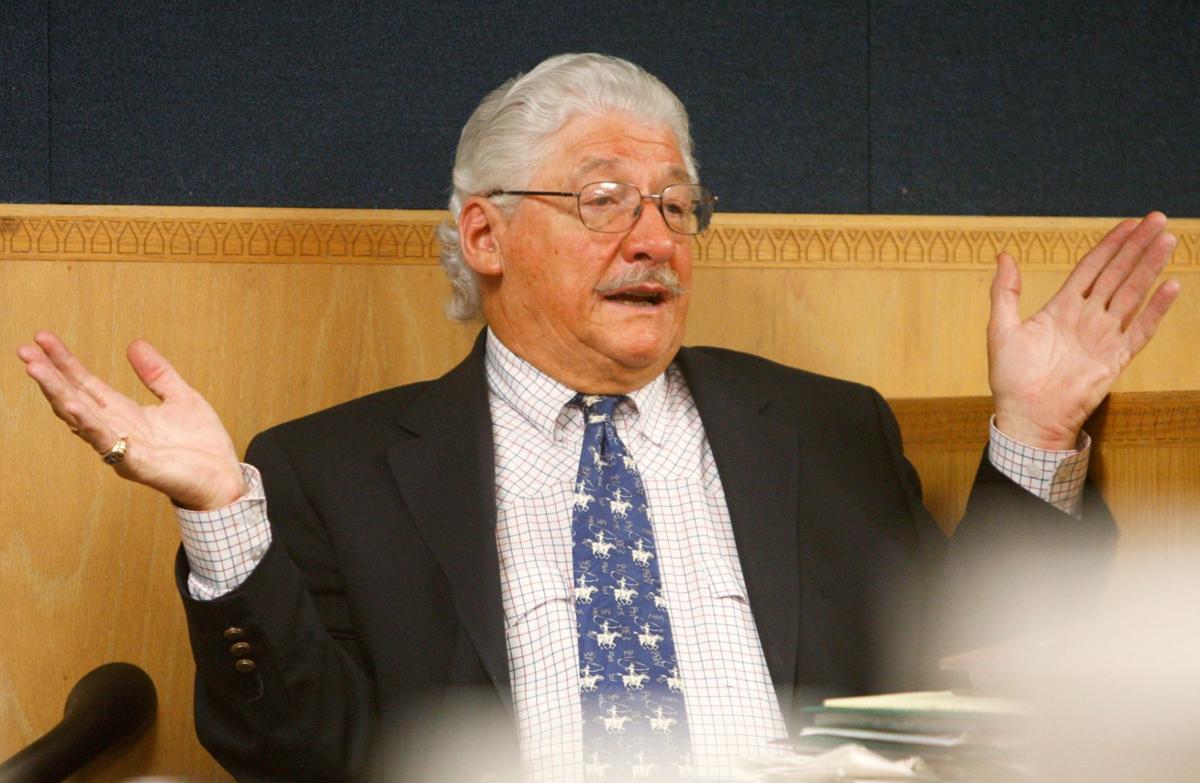 A once-bankrupt Montana livestock breeder who served jail time for animal cruelty is suing the state alleging an omission by a brand inspector in 2012 led him to lose dozens of horses.

The claim is the latest in a years-long dispute between two father-son duos over the horses’ ownership and costs of care.

James Leachman and his son, Seth, are suing the Montana Department of Livestock over horses that were transported to land owned by Richard Holen and his son, James. The Holens are not named as defendants.

The lawsuit was filed in Lewis and Clark County District Court Dec. 4. The state has yet to respond.

In early 2012, the Leachmans entered into a verbal contract with the Holens. James Leachman had lost his land to foreclosure and needed a place for the horses to live.

According to the Leachmans, the agreement called for the Holens to take care of 62 horses owned by the Leachmans on the Holens’ land on the Fort Peck Indian Reservation.

But that year, the Holens transported 75 additional Leachman horses from a feedlot near Park City to the Holens’ property without notifying the Leachmans, according to the lawsuit.

The state brand inspector in charge of verifying ownership of the horses and approving their transportation failed to have the Leachmans sign off on the transfer, according to the lawsuit. The Leachmans said they didn’t know the horses were being moved.

That same year, the Holens sued the Leachmans in Fort Peck Tribal Court, claiming the Leachmans had failed to make payments for their horses’ care. That court issued a $544,510 judgment against the Leachmans and authorized them to auction off 131 Leachman horses in order to collect on the debt.

The horses sold for $100,000 to the sole bidder, James Holen, in April 2013, according to the Fort Peck Tribal Court of Appeals.

The Leachmans appealed the lower court’s ruling, and in 2017 the Fort Peck Tribal Court of Appeals found in their favor, ordering the Holens to return the horses or pay the Leachmans for their value. That still hasn’t happened, the Leachmans say.

The Leachmans’ lawsuit was filed alongside a related claim in U.S. District Court in Great Falls. That federal lawsuit cites the Fort Peck Tribal Court of Appeals ruling in the Leachmans’ favor, which said the lower tribal court violated the Leachmans’ constitutional rights to due process and equal representation.

The federal suit seeks damages for the rights violation.

Leachman operated a cattle and horse breeding business for years but lost his two ranches outside of Billings in a federal foreclosure sale in 2010.

In 2014, he served 120 days in jail on five misdemeanor animal cruelty convictions for abusing five of the roughly 800 horses he kept. Four of those horses died or were humanely shot after suffering from leg identification bands that were too tight or from untreated leg injuries, prosecutors said.