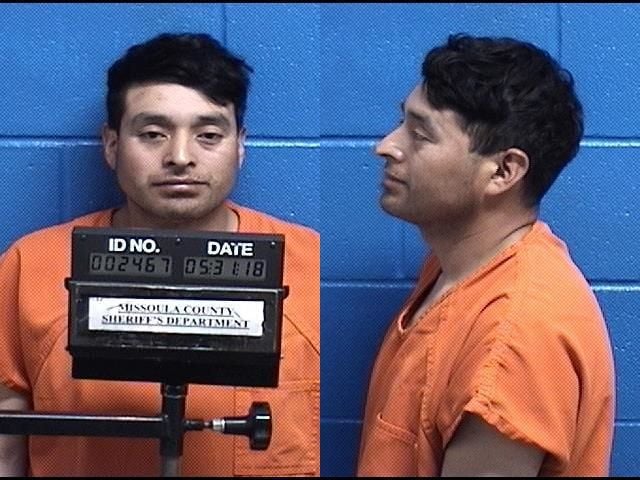 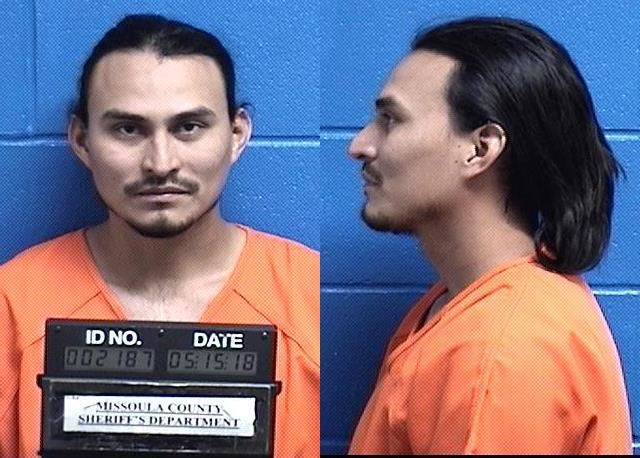 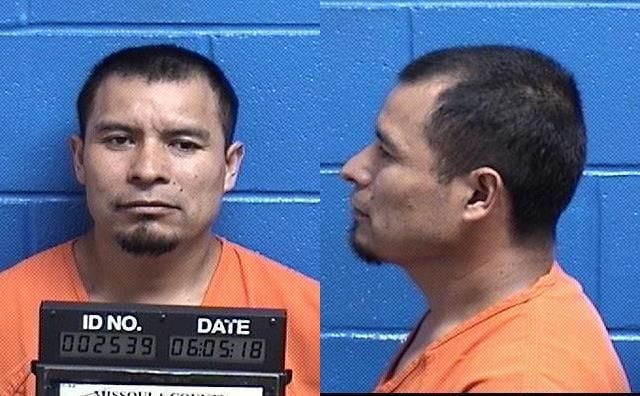 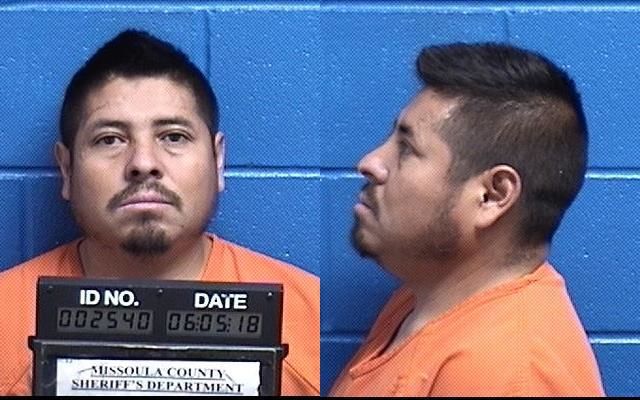 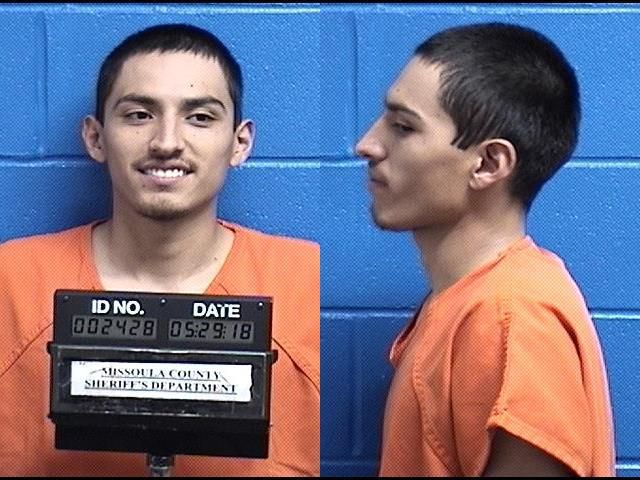 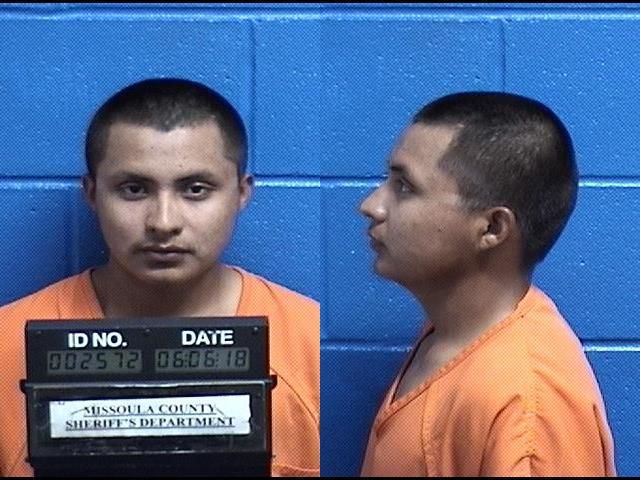 Agents with Immigration Customs Enforcement have arrested at least 16 people in western and central Montana in the last month and charged nine, primarily from Mexico, with crimes related to being in the country illegally.

All of the arrests occurred after U.S. Attorney General Jeff Sessions' announcement in early May of a zero tolerance policy in prosecuting illegal immigration.

A Missoula group plans to protest the latest arrests and the shift in national policy next week.

Ten of the arrests were in a raid of a morel mushroom harvesting camp in Mineral County. Two other people were picked up in an ICE raid in Whitefish. The other four people were arrested in isolated incidents around western and central Montana.

According to court records, the Mineral County Sheriff’s Office told ICE agents that several people staying at the Quartz Flat Campground as part of a commercial morel mushroom harvesting business might be in the country illegally. The sheriff's office said deputies had twice had interactions with some of the men driving around the area.

“On one occasion two of the passengers in the vehicles presented MCSO with what MCSO believed to be forged immigration visas. MCSO believed these documents were forged because the writing was smeared and the pictures appeared to be altered,” court records said.

At the end of May, the sheriff’s office also reported a stabbing at the campground where the mushroom pickers were staying. ICE agents received copies of the identification the harvesters supplied to get mushroom harvesting permits from the Forest Service. Many used passports from foreign countries, which ICE called a “possible indicator” they were not in the country legally.

On May 31, deputies, Forest Service and ICE agents went to the camp to attempt to locate two men believed to be involved in the stabbing, “as well as determine if individuals residing in the camp possessed the proper permits and identification documents,” records said.

Andres-Gregorio, a Guatemalan national who is alleged to have no legal documentation, is charged with assault on a federal officer as well as eluding examination after court records said he tried to push past one of the agents at the raid. He did not respond when asked for his papers and allegedly punched the agent in the leg multiple times when he was eventually put onto the ground and handcuffed, records said.

Matias and Estrada, also arrested in the campground raid, are each charged with illegal reentry of a deported alien. According to records, Matias said he was previously arrested by Border Patrol agents in October 2017 and deported the next day, but returned to the country later that month by crossing into California.

Estrada, who did not speak with investigators, had been removed by a Border Patrol agent in August 2004 but later returned to the U.S.

Although the federal complaints filed against the men are not comprehensive, neither of the documents for Matias or Estrada contain any mention of criminal activity other than entering the U.S. illegally.

The people arrested but not facing criminal charges in the Mineral raid could be going through administrative immigration proceedings. Records for those are not readily available to the public.

Two other men were charged after what court records call an ICE “operation” in Whitefish on June 5. The nature of the operation is not detailed in court records, but ICE agents did arrest and charge Sergio Rosas Padron and Julio Cesar Luna-Diaz with illegal reentry of a deported alien.

Court records say Rosas Padron acknowledged he was a Mexican citizen without permission to be in the U.S., and also said he was arrested in Texas in May 2012 and deported later that month.

Luna-Diaz also said he was a citizen of Mexico with no immigration documentation or permission. His case file lists three prior arrests and deportations in 2017, including being arrested and deported twice from Texas in December and a prior deportation from Kansas after being arrested on a felony burglary charge.

Four other alleged illegal immigrants also have been detained by ICE since mid-May, although court records indicate they were not found as part of coordinated raids or operations.

Silvestre Arizmendi Chavez, charged with illegal reentry, was found in Great Falls on June 12. Court records said agents were tipped off that Chavez had previously been deported but was back in the U.S. and “sending large sums of money to Mexico.”

Agents showed up at Chavez’s home and arrested him as he was getting into a vehicle. The criminal complaint says Chavez was deported in August 2013 but that he said he came back into the country through the Arizona border in June 2016.

Ricardo Ortiz Cruz was found by a Border Patrol agent in mid-May who was patrolling West Kootenai Road in Glacier Country. Around 3 a.m., Ortiz Cruz drove past the agent, who noticed his van had temporary plates from Texas. When the agent started to follow him, Ortiz Cruz allegedly sped away and turned down a dirt road onto U.S. Forest Service land.

The border agent eventually located the vehicle with its lights off more than 300 feet off the road and questioned Ortiz Cruz “regarding his citizenship,” court records said. The driver allegedly acknowledged he was a Mexican national with no immigration documents, and told the agent there might be a gun in the car. After his arrest, a search found a .32-caliber revolver and ammunition, and Ortiz Cruz is charged with being an illegal alien in possession of a firearm.

Ruben Lopez Urias was arrested in late May in Gallatin County for assault with a weapon. The Gallatin County Sheriff’s Office informed ICE agents about him, and when Urias was released on bond on the local charges he was picked up by federal agents. Court records said Urias, charged with illegal reentry, was most recently deported in July 2014 but said he came back through the Arizona border in 2015.

Luis Carlos Rodan-Delcid was found by a Border Patrol agent riding as the passenger in a truck driving near the Del Bonita Port of Entry on the Blackfeet Reservation around midnight on June 5. The Guatemalan national told agents he came across the border into California in 1992 illegally after he had been deported from Colorado in 1990. He is now charged with illegal reentry.

Rodan-Delcid’s criminal history includes a felony drug possession in Los Angeles in 1989, as well as an active warrant in a drug case from the city.

While all the other criminal complaints filed in the past month regarding illegal immigration were written by either ICE enforcement agents or other federal agents assigned to an ICE task force, Rodan-Delcid's was authored by a Border Patrol agent not explicitly working in conjunction with ICE.

Last month, the Associated Press reported that the United States deported 53,764 people to Mexico in the first three months of the year, a 40 percent increase from the same time period in 2017. While deportations fell under President Donald Trump’s first year in office — and were lower than any year under former President Barack Obama — the number for the first quarter of 2018 exceeded the equivalent from 2016.

In February John Kelly, then secretary of Homeland Security, did away with the Obama administration policy of limiting deportations to those who pose a public threat or convicted criminals who recently crossed back into the United States, the Associated Press reported.

A Missoula group, Montanans for Immigrant Justice, is organizing a rally in front of the Missoula County Detention Facility at 5 p.m. June 20 to protest the recent actions of ICE, both locally and nationwide.

At a Wednesday meeting of the informal group organizing the protest, participants talked about a variety of proposals to call on local and federal officials to resist ICE’s recent actions and ways the group could help migrant workers who were coming into Montana for the Flathead cherry harvest this summer.

While the protest at the jail is the first action the group has planned, it discussed the potential for future activity including “civil disobedience” this summer.

Participants said they would push Sen. Jon Tester, the ranking Democrat on the Homeland Security appropriations subcommittee, to formally condemn the new zero tolerance policy and support passage of the DREAM Act bill.

“Ripping children from their mothers and fathers is sick and heartless, and it’s contrary to our values as Montanans and Americans. The Administration must stop this from happening and Congress must pass comprehensive immigration reform to address our broken system and secure our borders," Tester wrote to the Missoulian in a statement Friday when asked to comment on the new zero tolerance policy.

A spokesperson for Republican Sen. Steve Daines said the senator "appreciates the Administration's approach to securing our borders. He believes we must enforce the rule of law."

The group organizing the protest also wanted Missoula County Sheriff T.J. McDermott to stop allowing people detained by ICE to be held at the jail. Six of the men recently arrested by ICE were being held at the Missoula jail.

Watch Now: Woman confesses to Dillon murder, faces up to 40 years in prison

BATTLE CREEK, Mich. — The Kellogg Company is voluntarily recalling some of its Honey Smacks cereal after salmonella infected 73 people in 31 states.

'Show them our hearts': Big Sky Pride marks 25th year with parade and rally in Helena